‘We were your Rock, and you were ours’

There were hour-long queues at The Convent on Friday as hundreds of people waited to sign a book of condolence and laid flowers outside following the death of Queen Elizabeth II on Thursday afternoon.

Many of those waiting fought back tears and they reflected with emotion on the loss of a globally-respected figurehead who had been a constant presence throughout their lives. 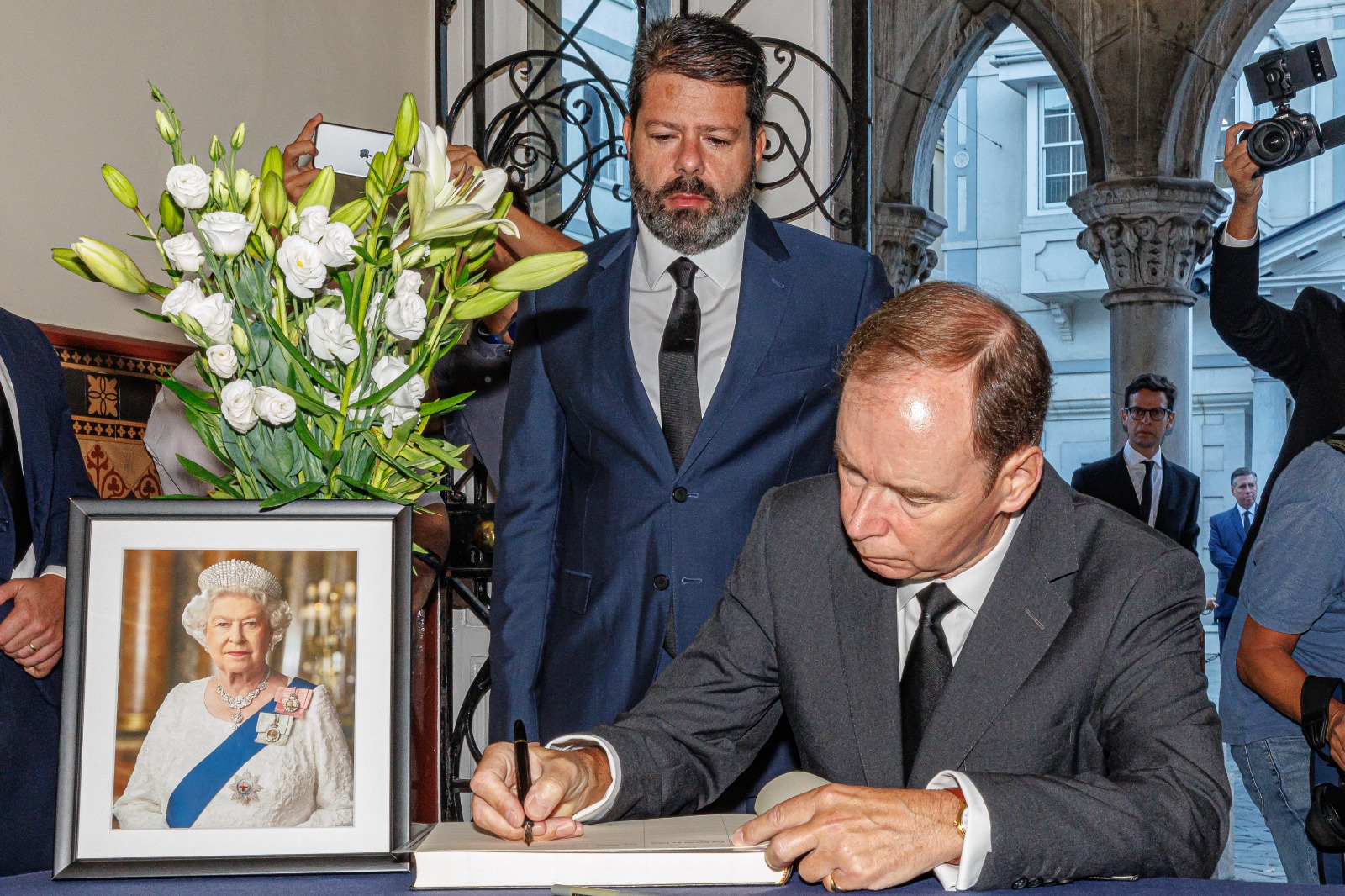 The Governor, Vice Admiral Sir David Steel, who once served as Aide de Camp to the Queen, was the first to sign the book, thanking her for her service.

The Chief Minister, Fabian Picardo, who signed the book minutes later, captured the mood on the street.

Thanking the Queen for a lifetime of selfless service, he added: “We were your Rock, and you were ours.” 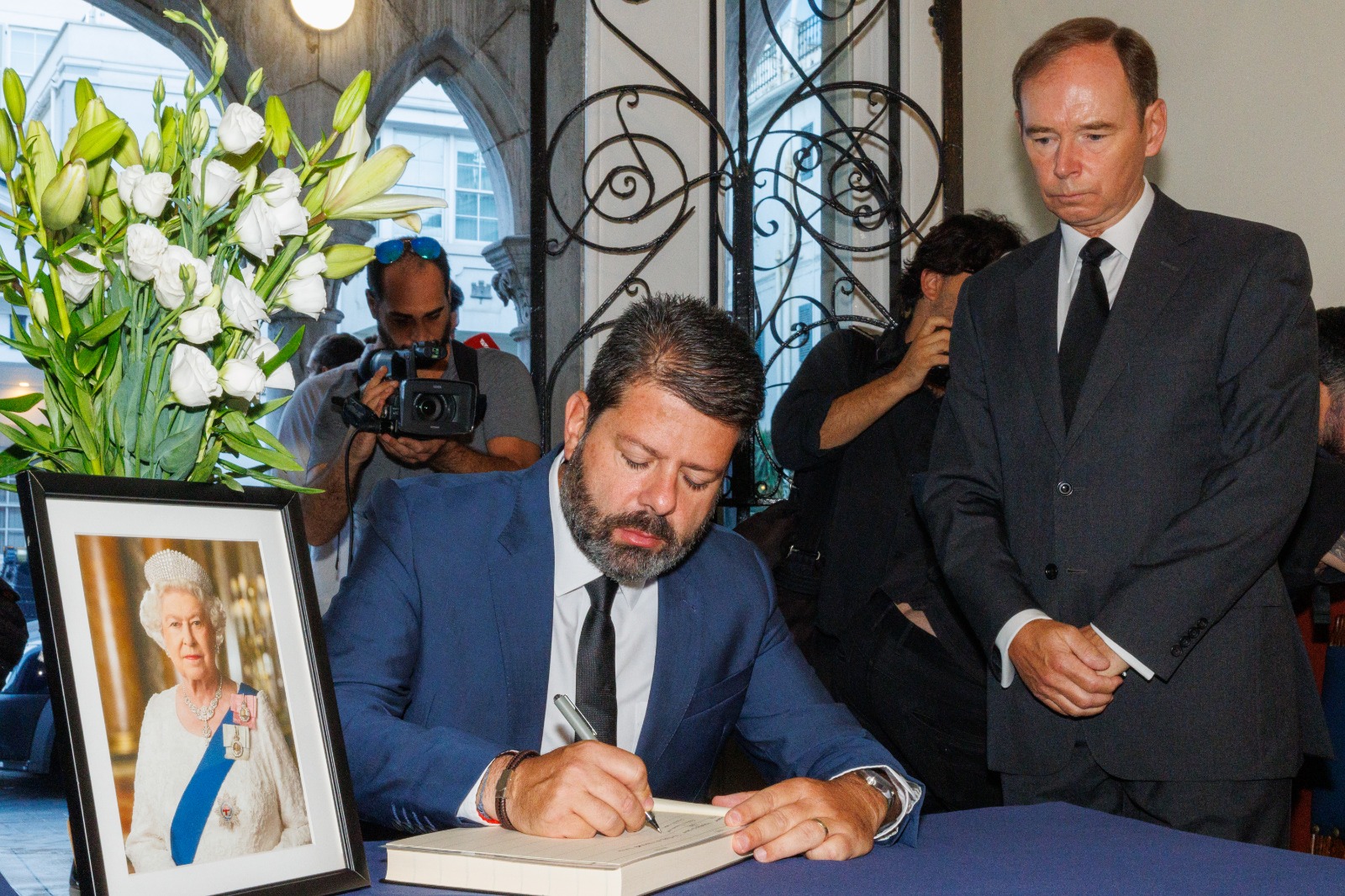 At 2pm in the Naval Base, the Royal Gibraltar Regiment fired a solemn 96-gun salute, one salvo for each year of the Queen’s life.

The salute, under the command of Gibraltarian Major Charles Bonfante, coincided with similar salvoes in the UK including in Hyde Park in London, Cardiff Castle, Edinburgh Castle, Hillsborough Castle, York and Portsmouth, among other locations. 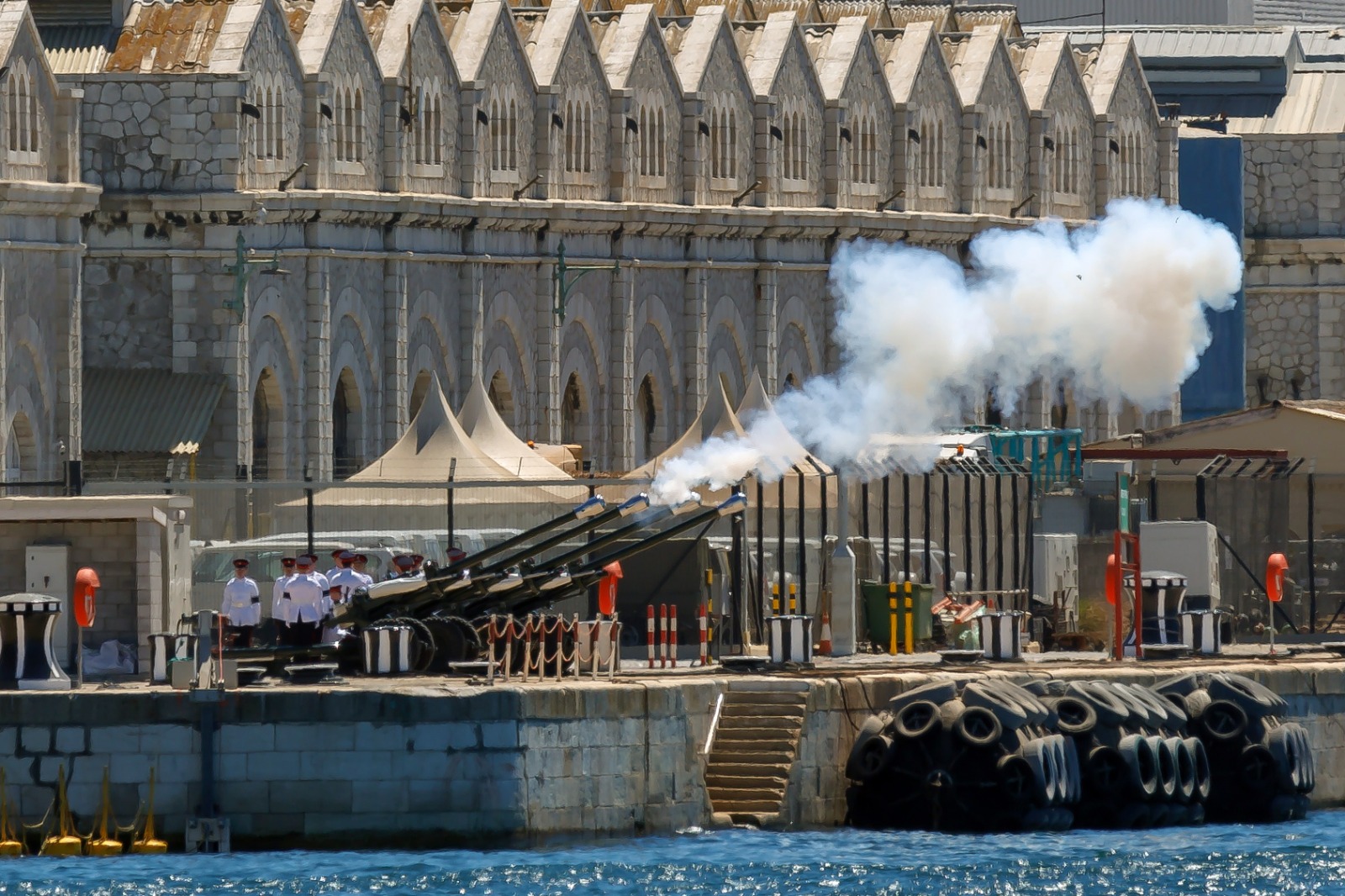 With official National Day celebrations cancelled as Gibraltar joined the UK and the Commonwealth in mourning, red and white bunting was removed and flags flew at half mast.

There were other gestures of mourning too, including in the courts, where a Crown prosecutor commenced proceedings by asserting “Long live the King”, an affirmation echoed by the Stipendiary Magistrate, thereby emphasising the continuation of the Crown in whose name criminal proceedings are brought. Proceedings were later adjourned. 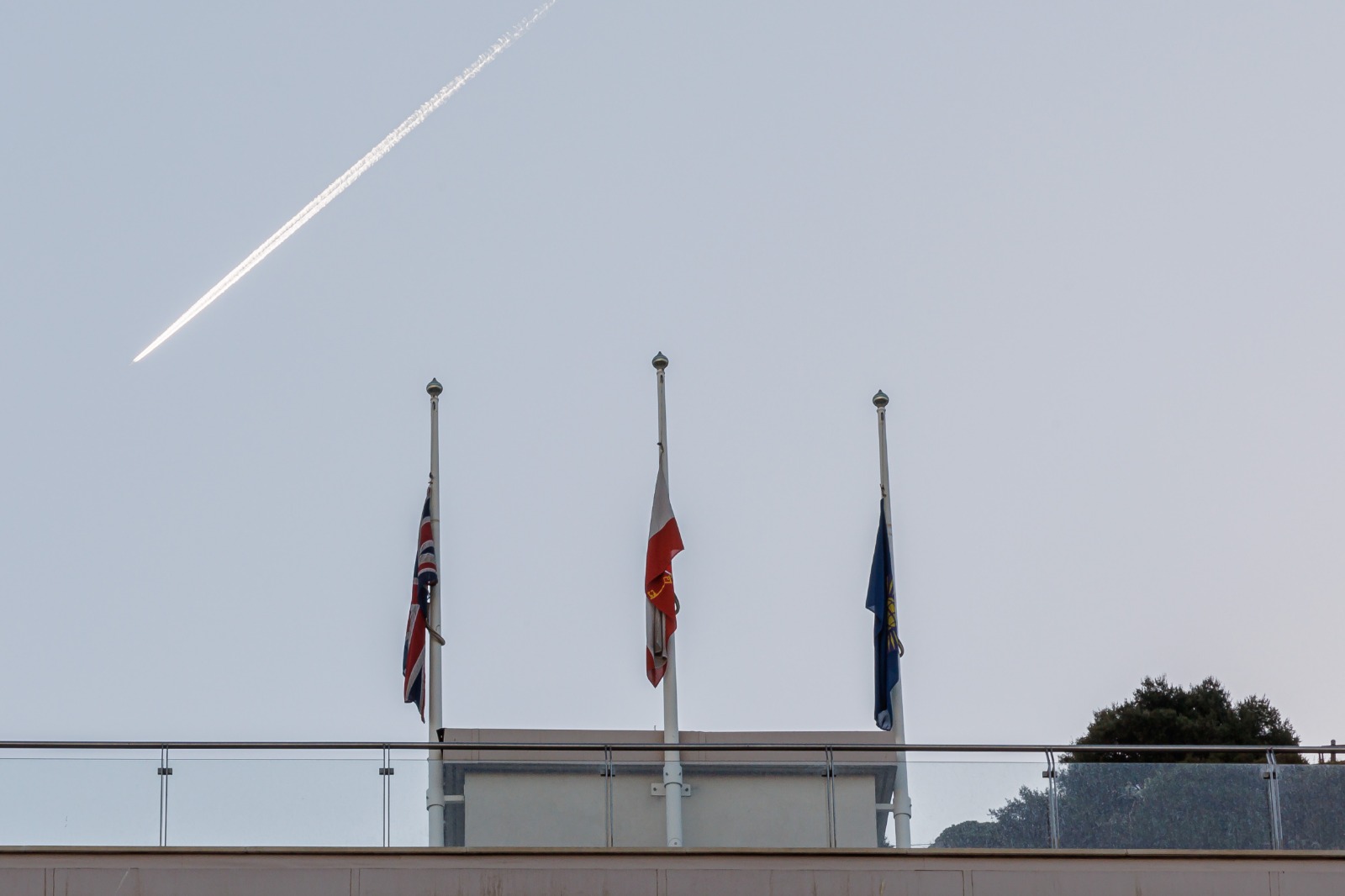 In a ministerial broadcast at 4pm, the Chief Minister read a message he had received from the Queen via Sir David just days before her death, in which she sent her best wishes on the occasion of the 30th anniversary of Gibraltar’s National Day.

“As you celebrate the important occasion of your National Day, I would like to congratulate you Chief Minister, and send my good wishes to the people of Gibraltar,” she said in the message.

“As we overcome global health challenges together with determination and fortitude, may we look to better times in the future.” 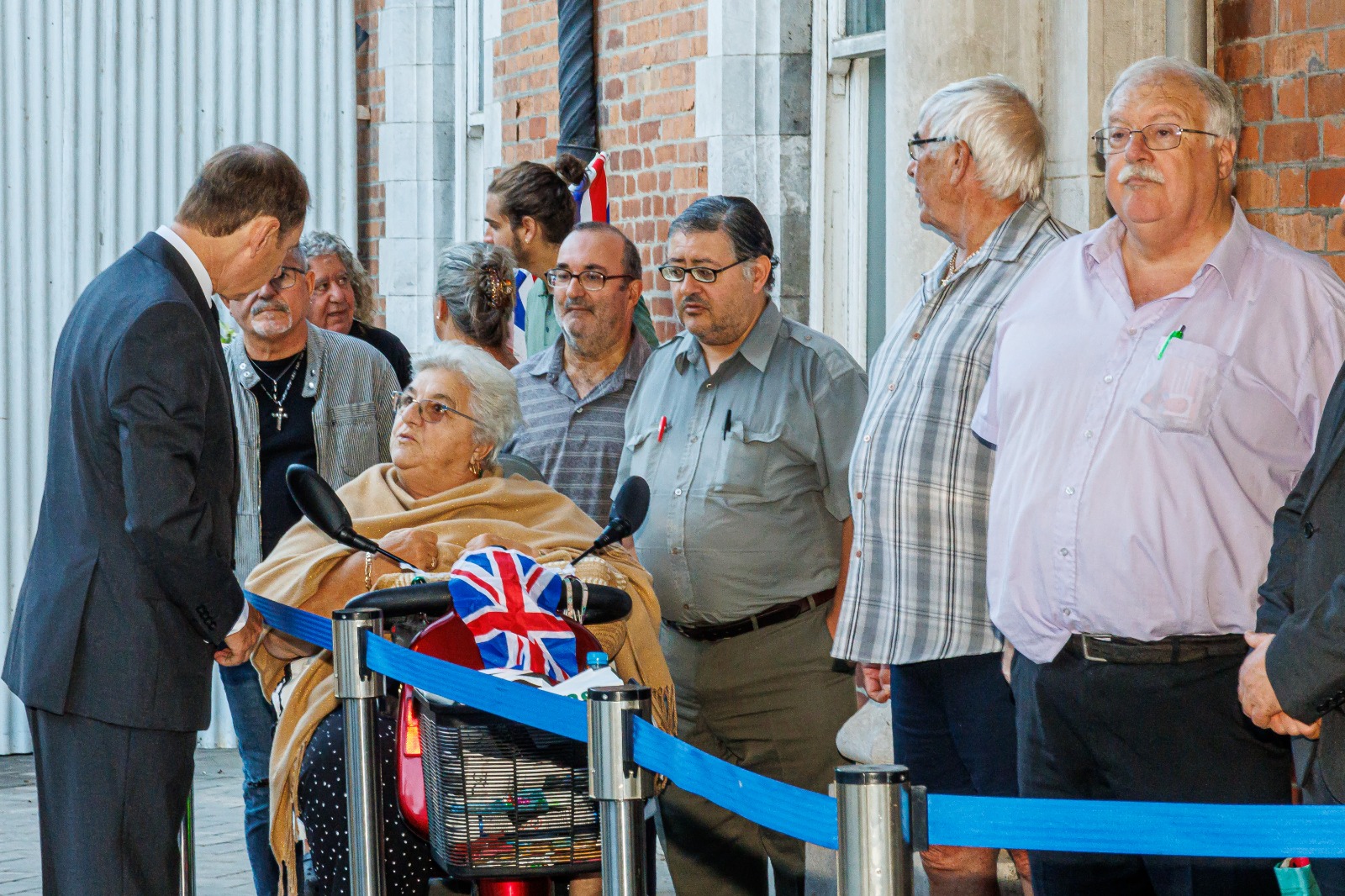 King Charles III will be formally proclaimed monarch at a historic Accession Council in the State Apartments of St James’s Palace at 10am [GMT] on Saturday, in a ceremony that will be televised for the first time.

Charles has automatically become King on the death of his mother, but the Accession Council is usually convened at St James’s in London within 24 hours of the death of a sovereign.

A Principal Proclamation will be read in public for the first time by the Garter King of Arms in the open air from the balcony overlooking Friary Court at St James’s an hour later at 11am. 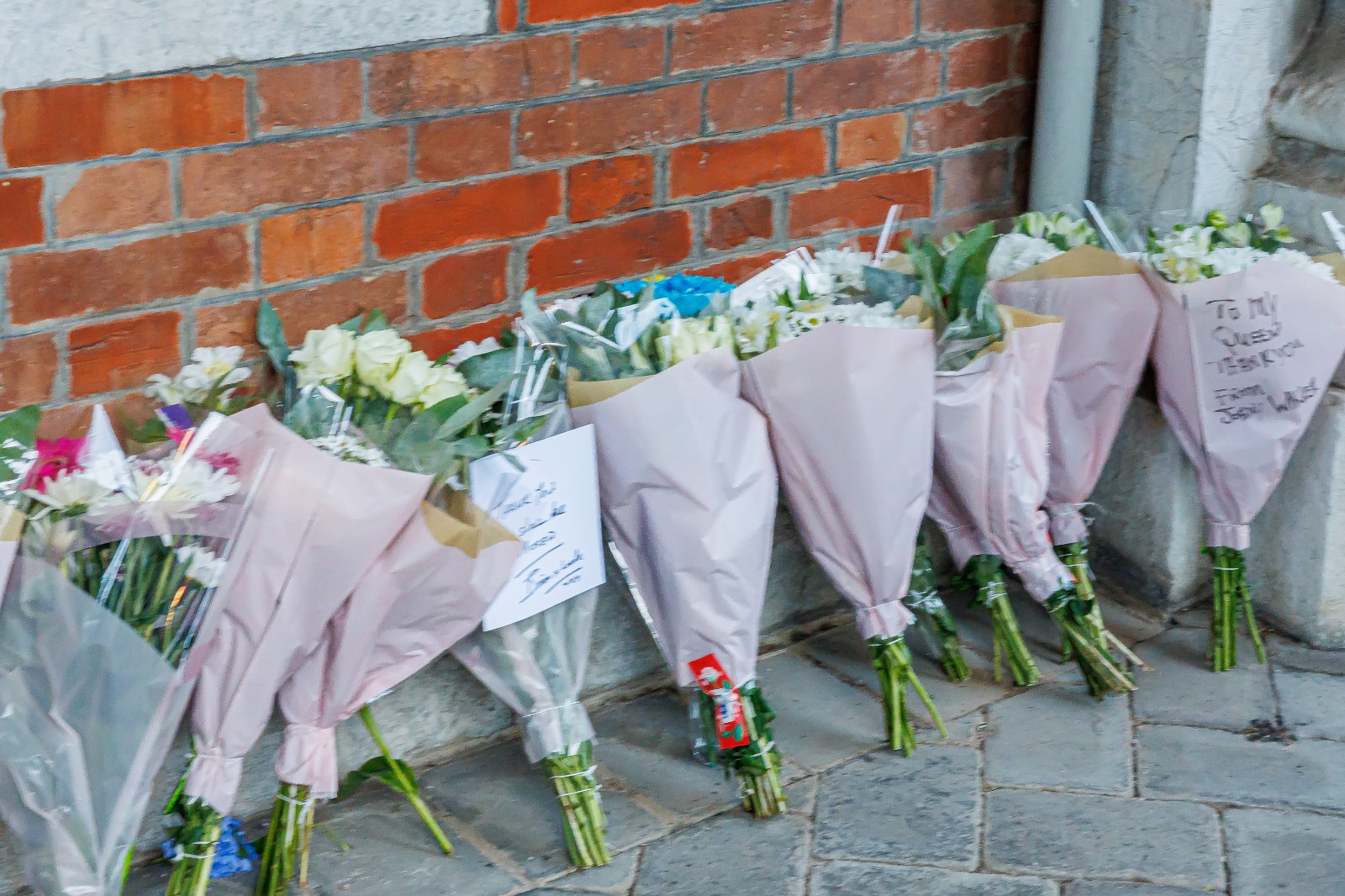 The Royal Gibraltar Regiment will fire a 21-gun salute in honour of the Proclamation in London of the new King, Charles III, King of Gibraltar, at 1pm on Saturday.

The formal Proclamation of King Charles as King of Gibraltar will happen in Gibraltar on Sunday at noon at the Convent. The event will be streamed live to screens at Casemates.

On Sunday, all flags will fly at full mast for one day only, before reverting to half-mast until the end of mourning the day after Queen Elizabeth’s funeral. 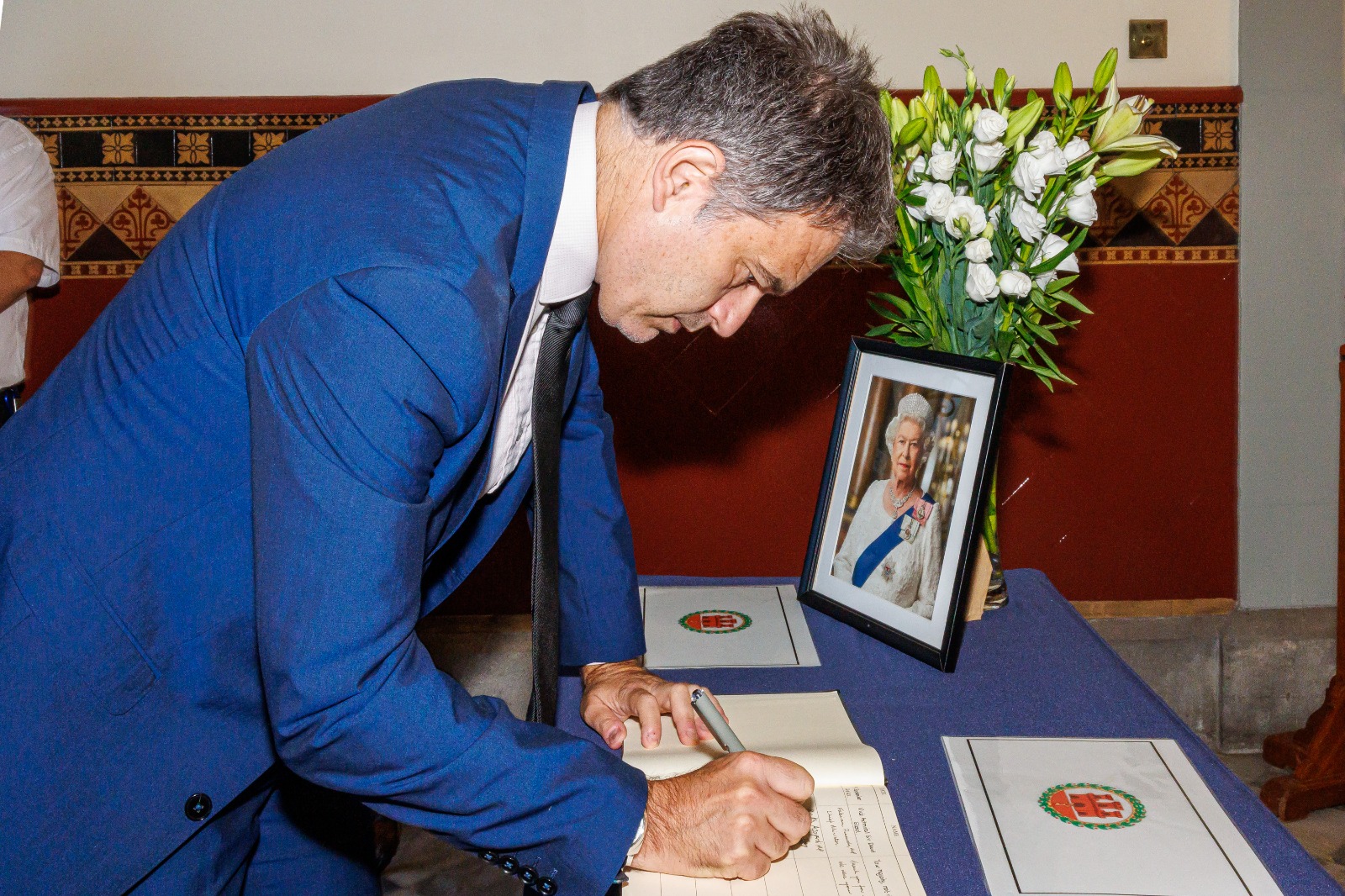 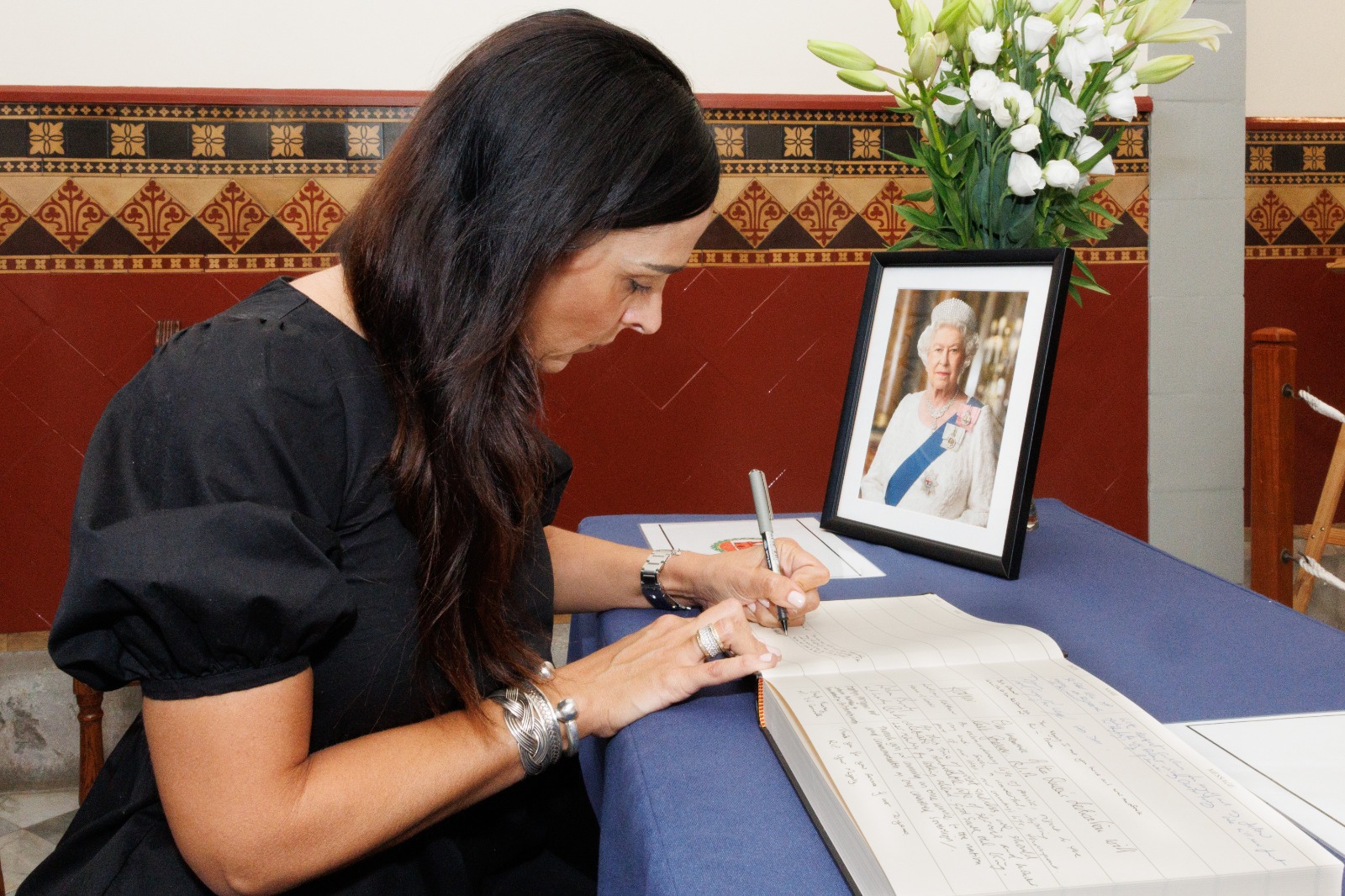 In The Convent foyer on Friday, among the people who signed the book of condolence was signed were Gibraltar Government ministers and Opposition MPs, as well as a delegation of MPs from the House of Commons who had travelled to the Rock for National Day. 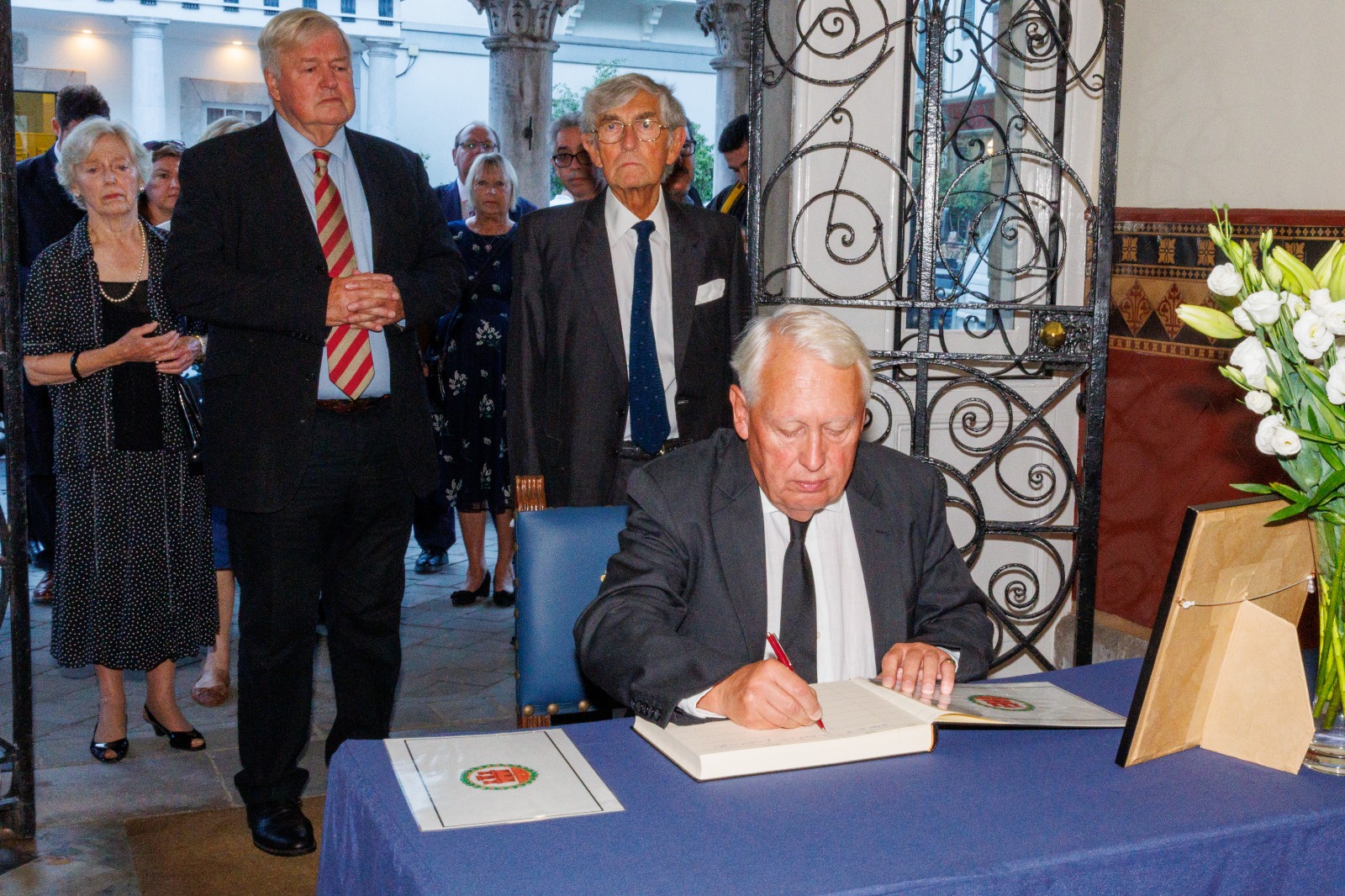 There were condolences sent too by numerous mayors in the Campo de Gibraltar, including Juan Franco, the mayor of La Linea, who said he and the citizens of La Linea joined Gibraltarians in their grief for the death of their monarch.

The President of the Junta de Andalucia, Juan Manuel Moreno, declared an official day of mourning for Queen Elizabeth II this Friday, though to tomorrow at midday. The regional flag will fly at half mast over all official buildings in Andalucia during that time.