A sperm whale entangled in a net photographed in the Strait of Gibraltar by Rafael Fernández Caballero, in a image distributed by the Spanish conversation group Nereide Association.

by Chronicle staff and agencies

Human impact on the marine environment in the Mediterranean was brought into sharp relief this week by images of sperm whales entangled in discarded fishing nets, one in the Strait of Gibraltar, the other off the Italian coastline.

The images were published just days apart and marine conservation groups are fairly certain they are different animals. 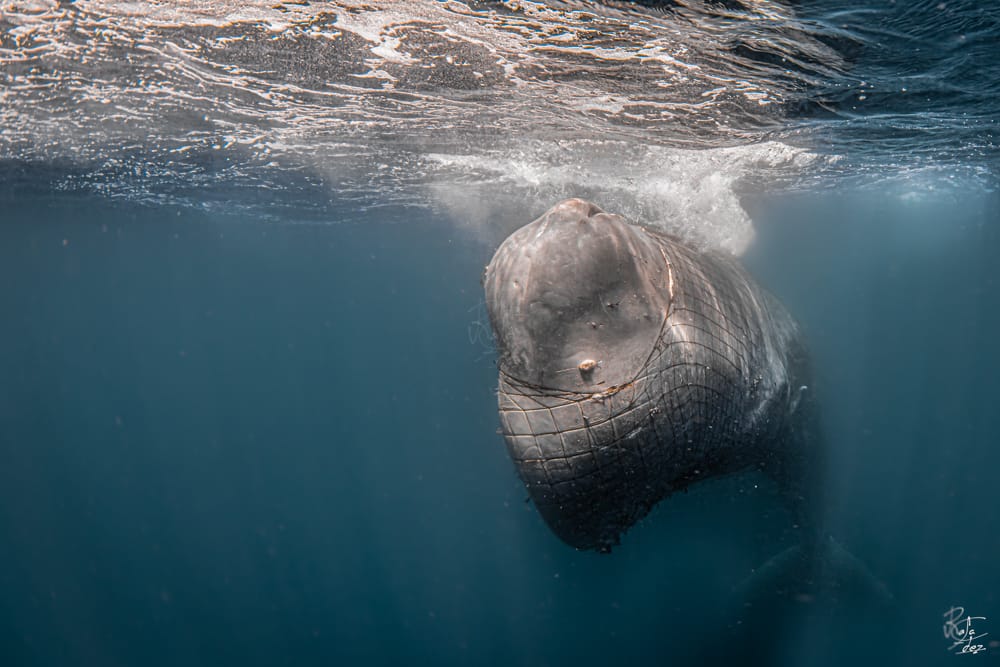 The sighting of the whale in the Strait of Gibraltar was first reported by the Spain-based Nereide Association, which raised the alarm last week.

The news of the sperm whale found off the Sicilian Aeolian Islands coastline was made public on Monday after divers and the Italian Coastguard had spent the weekend attempting to free giant mammal, which had become entangled in an abandoned fishing net.

The animal’s plight has sad parallels with the case in the strait.

Spanish marine biologists at the Nereide Association said the distressed sperm whale was in a very similar situation.

The association told the Chronicle it was unable to confirm if it was the same animal, but said that seemed unlikely.

For one thing, the distance from the Strait of Gibraltar to the Italian coastline would have been too far for the sperm whale to navigate over a period of 10 days. Images of the whales also suggest they were different specimens.

Eva Carpinelli, president of Nereide Association, said the sperm whale found locally was “completely trapped in a fishing net covered from its head including the mouth to its tail”.

She said the fishing net made it difficult for the animal to move and swim safely, adding that the blow hole on the animal seemed “weak”.

The sperm whale was photographed underwater, highlighting the dangerous situation these animals find themselves in.

These photographs will be sent to the Spanish Ministry of the Environment, Ms Carpinelli said.

“Due to a lack of resources on board the search vessel and sudden adverse weather conditions at sea, we had to return to the coastline and were unable to help the sperm whale,” Ms Carpinelli said.

“We felt frustrated at not being able to help the animal or stay with it to check its vitals.”

Ms Carpinelli told the Chronicle that once the Levanter weather conditions lift, she and her team will head out to the Strait of Gibraltar to see if they can spot the sperm whale in the area between Europa Point and Tangier Med.

Meanwhile in Italy, the divers and the coastguard officers are continuing their efforts to help free the sperm whale. 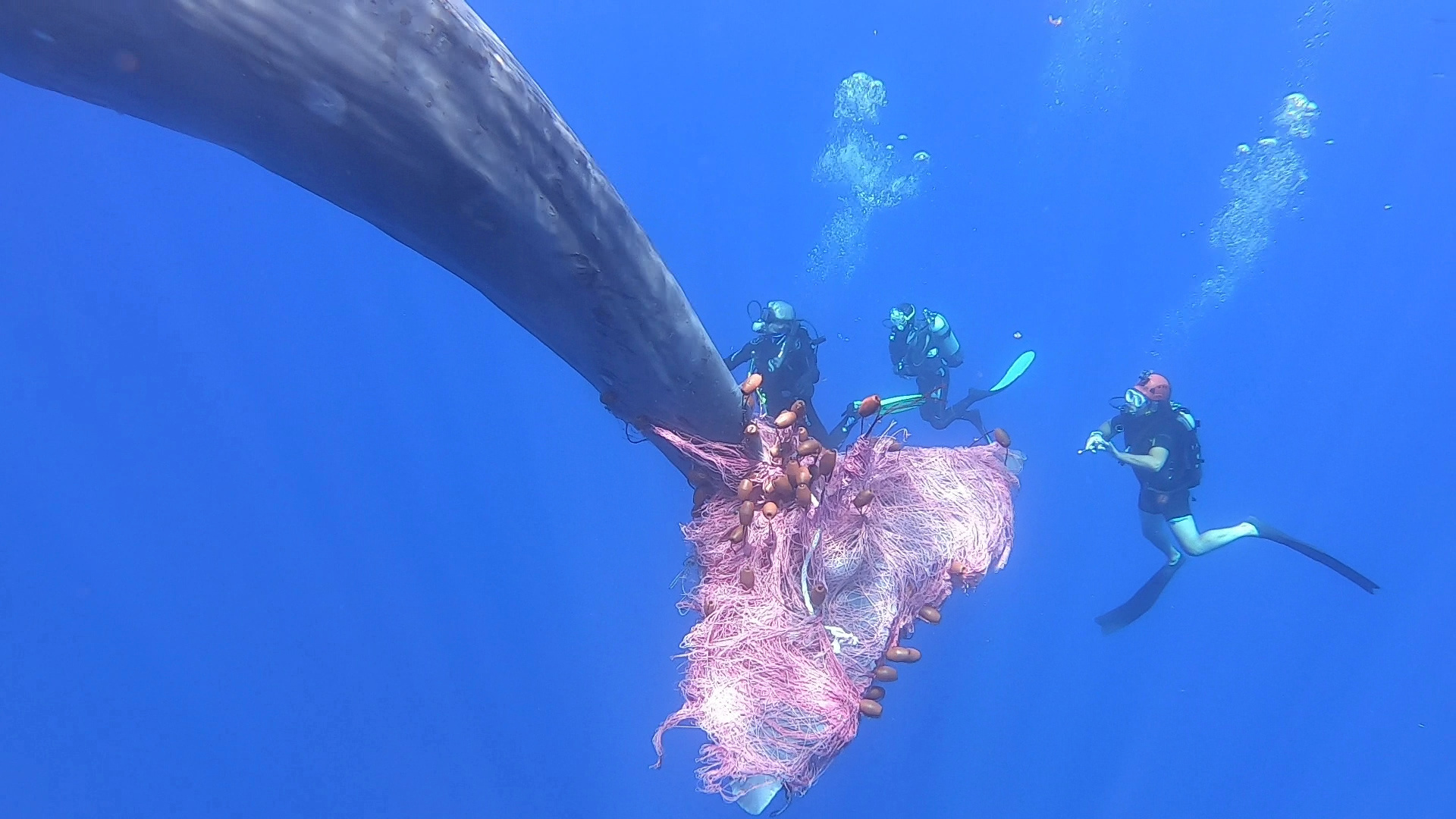 Due to its energetic efforts to free itself, the whale had been given the name "Fury".

It is the second time in less than a month that the Italian coastguard has had to intervene to free a sperm whale tangled in a fishing net.

"These damn fishing nets are doing huge damage. I haven't slept in 36 hours ... divers managed to take off some of the net but then it started to move and it became too dangerous," biologist Monica Blasi told daily newspaper La Repubblica.

Ms Blasi said they attached a light to Fury's tail so as not to lose sight of it as they tried to remove the rest of the net.

GHA Board to host public meeting