40 years on, Action for Housing looks back on ‘hydra-headed' problem that persists 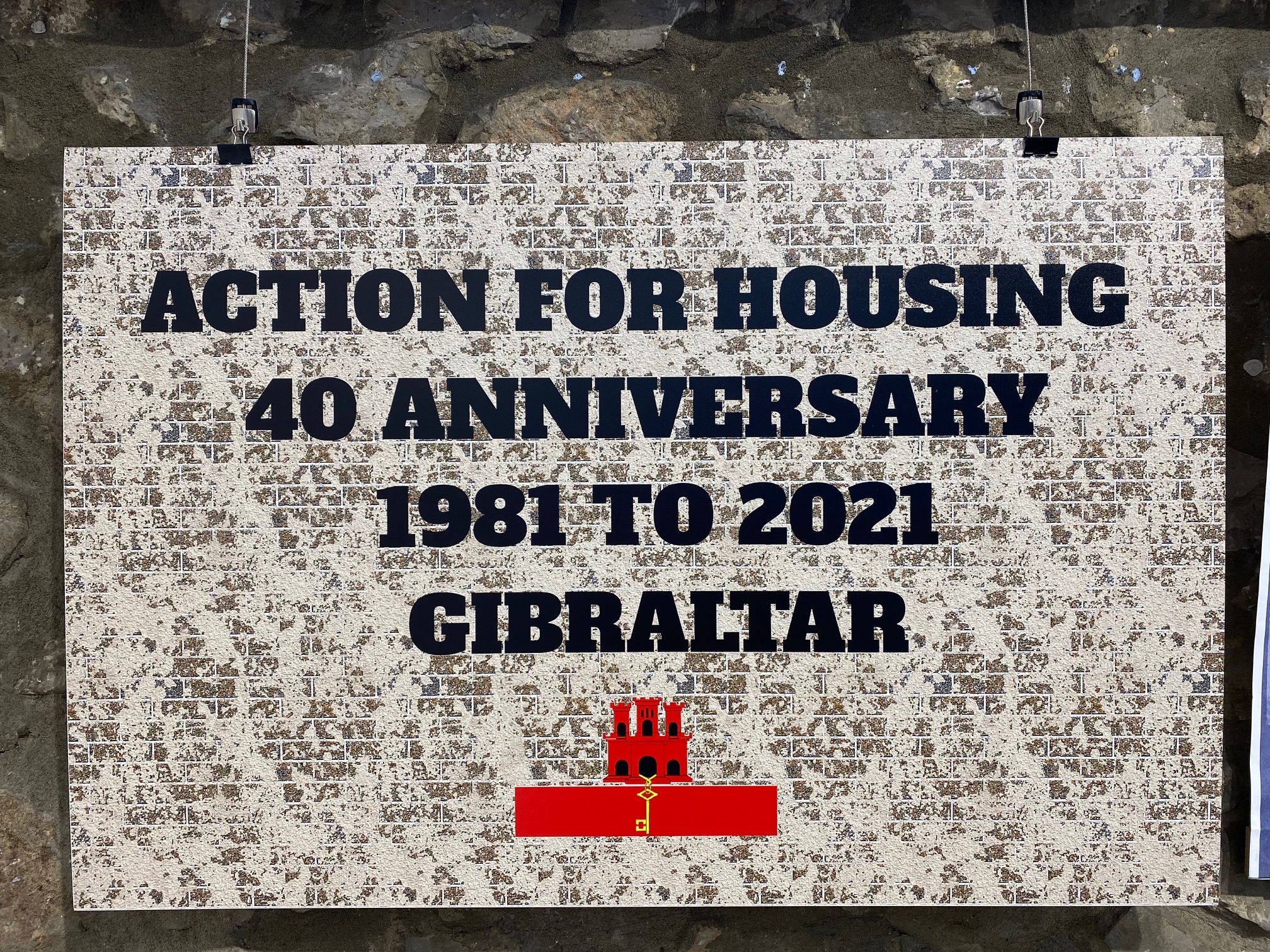 To mark the occasion the NGO has set up an exhibition in the Lower Exhibition Hall in John Mackintosh Hall, just downstairs from where that packed out meeting occurred on July 1, 1981.

Back then under the slogan ‘Everyone is welcome’, a group of friends, most of whom were affected by housing problems, presented a set of aims and an action plan to an expectant public.

These aims were to commit the Government to appoint a more dynamic public and private housing programme; for Government to appoint a select committee to investigate all aspects of housing; to work with the Government to see whether the allocation system could be revised to remove the general suspicions which existed; to stop key money; to act as a community watchdog in all housing matters while maintaining an apolitical stance; and to enable the public to lodge their complaints to them so they could inform the affected party of all relevant statutory and legal regulations concerning the provision for housing. 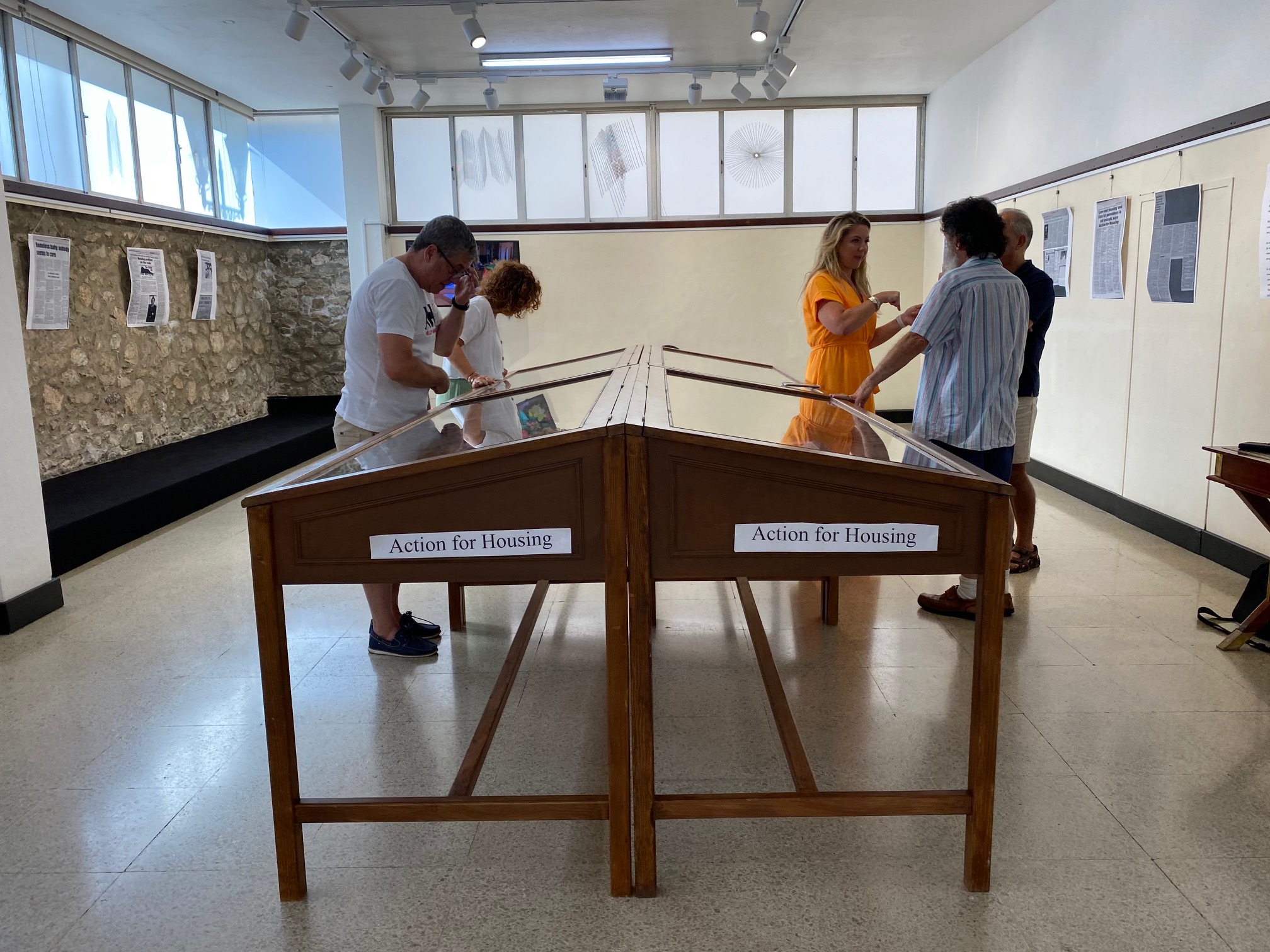 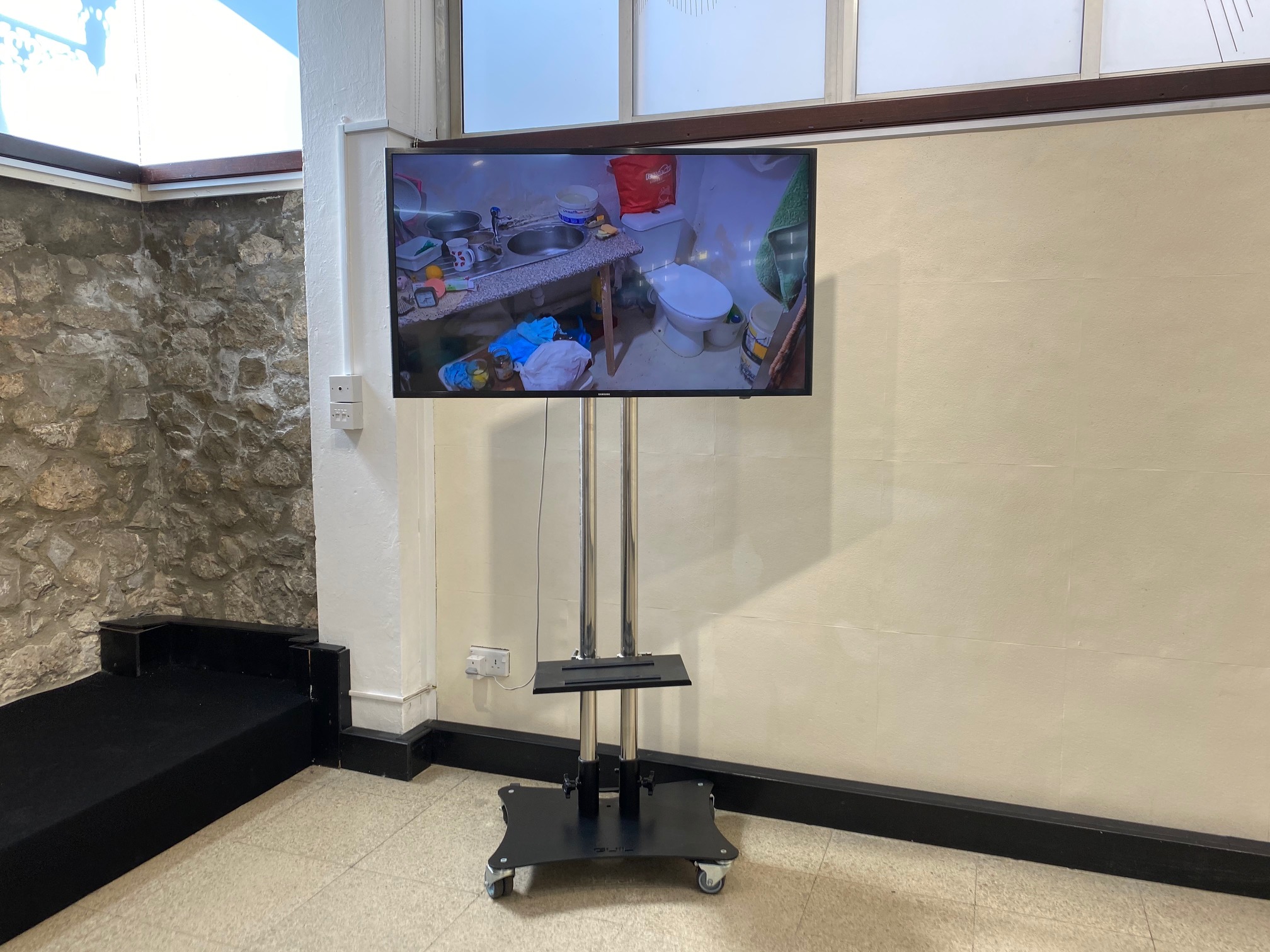 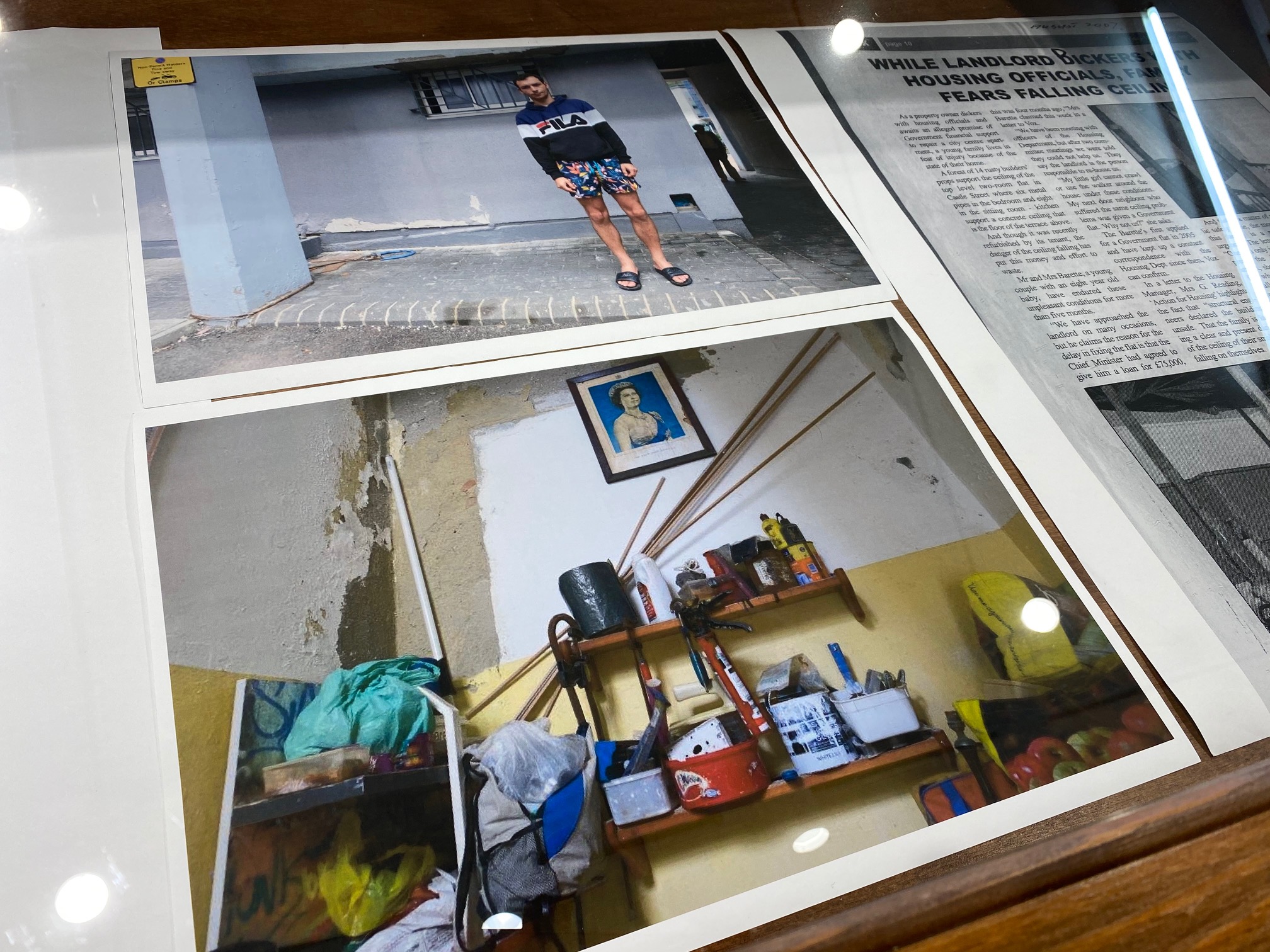 In the past 40 years it is estimated they have dealt with some 6,240 cases, with on average three cases being presented to them on the weekly Monday clinics.

The exhibition is a collection of newspaper articles, press releases, photos and a looped video of past and current members sharing their experiences and involvement with the group.

Henry Pinna and Jaime Felices from Action for Housing spoke to the Chronicle on the opening day of the exhibition.
Mr Felices said that they wanted to hold the exhibition because they felt it was an opportunity to share what they have done over the last 40 years.

“It was a chance to share what we have done and there has been a lot of stuff happening recently as well,” said Mr Felices.
“So we thought why not put something up now. I wish we could have had more stuff up but because we have done it from newspaper articles and because of the quality of the stuff that was produced at the time it would not have been good enough.”

Reflecting on the past 40 years he listed some of the biggest achievements that Action for Housing accomplished.

“I think the first one was when the group originated it was on the back of a couple of cases having gone to court for the first time and challenging property owners and winning. This was because of high rents and the rents were dramatically knocked down because they were flats that were protected in law and they were being charged not legal rents.”

“So that was very important, that was the first time and that was almost a precursor of what became Action for Housing.”
He believes the next biggest achievement for the group was the fact that for the first time in Gibraltar the closure of the dockyard was not the biggest social issue on the political agenda.

“The political agenda in Gib has always been about the problems that we have had with Spain and the frontier and their demands on sovereignty. But following on from that the second one might seem incredible to mention it now was the dockyard,” said Mr Felices.

“Well for the first time we managed to make housing the biggest social issue and I would go as far as saying we probably had a lot to do with the fact that the AACR lost their first election to the GSLP. because housing became an issue and there were over 2,500 applicants on Government housing lists.”

The inroads Action for Housing made in looking into the legal issues arising from housing was also a big win for the group.
“Housing is not a luxury. Housing is not something nice to have. A home is a crucial part of living. It is contained in the human rights of the United Nations charter,” said Mr Felices.

He credits the constant presence of the group for bringing that issue into the conscience of people on the Rock.

“Wanting or needing a home is not an actual luxury it is something we should all be entitled to,” he added.

He noted that the home ownership schemes that were in place at the time in the late 80s and early 90s made a difference. People felt if they owned their home, they really had a home.

One final achievement he claims is that 40 years later, the group is still running. He believes it could be the longest established NGO in Gibraltar.

“Government was adamant not to construct housing for rental other than for the pensioners who do vacant flats. But when it comes to the people of the normal lists, be it medical, social and others who are for decanting, the delay is enormous, and they don’t seem to be ready or willing to construct anything for rental.”

“I think that is the biggest challenge we have, and they have. Although they are in denial when they say they have enough stock where is that stock? Why do people have to wait ten years, 12 years before been given a flat when there is enough stock according to them.” 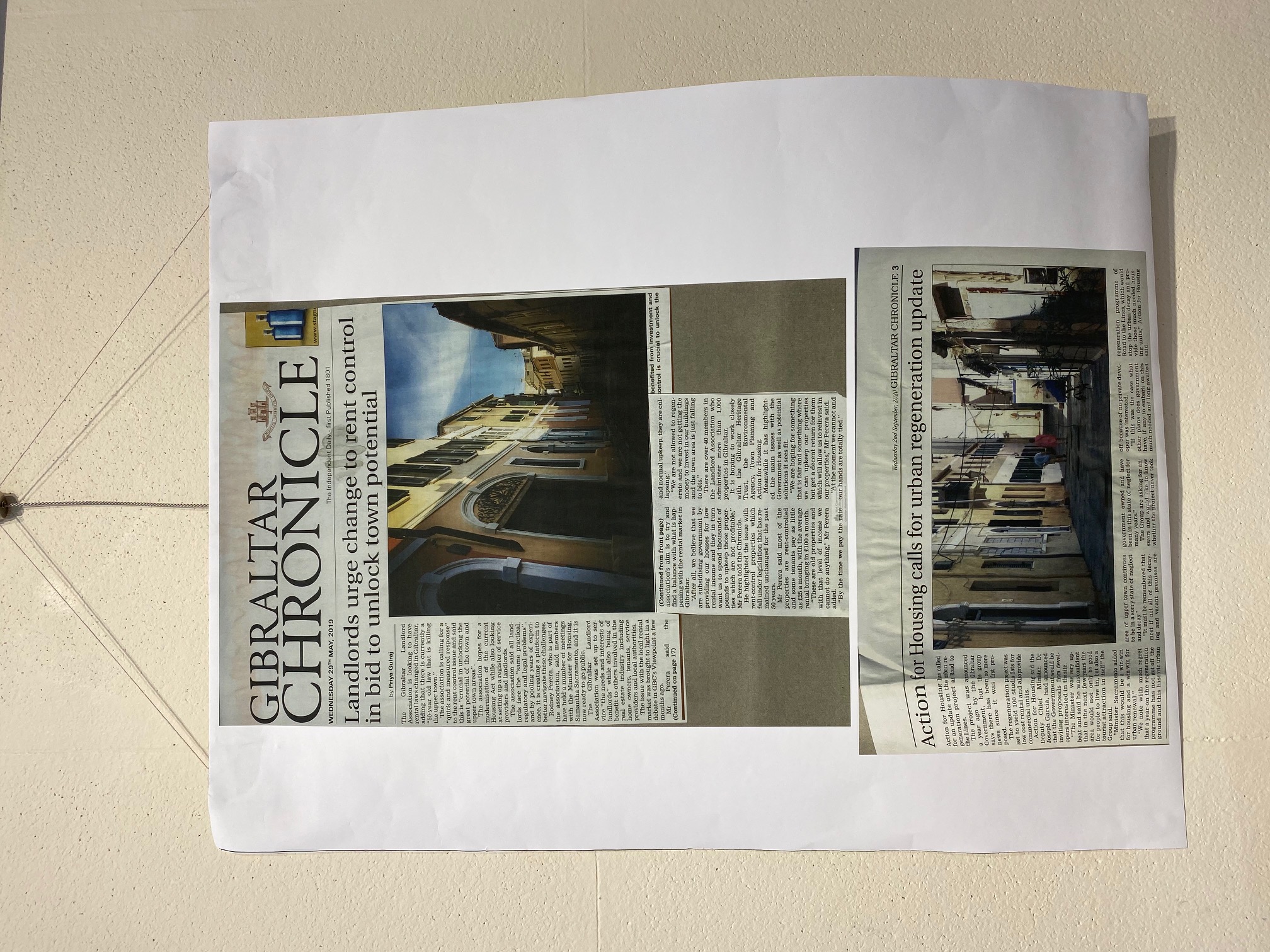 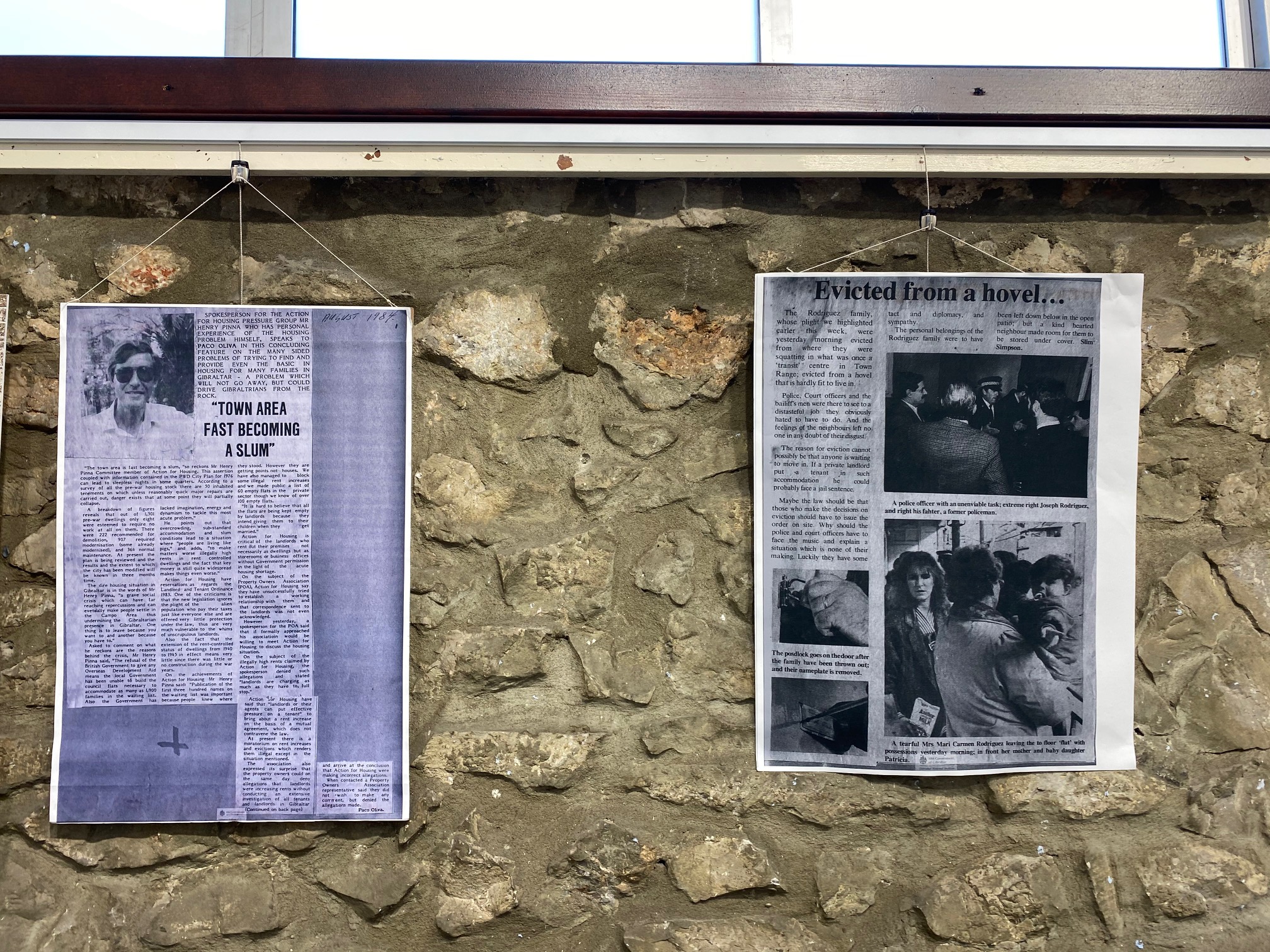 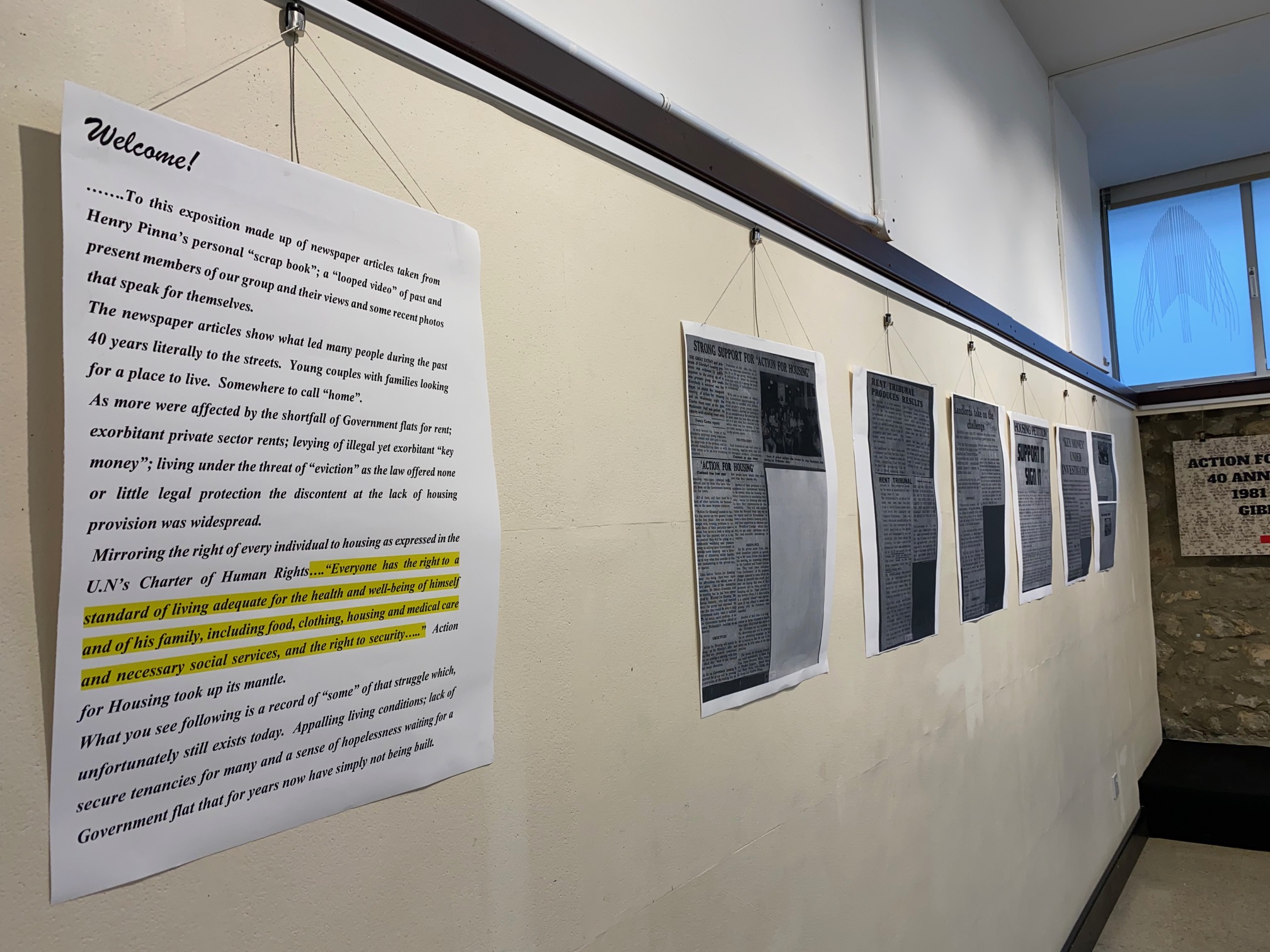 That is the biggest problem we have at the moment.
“Other than that we have the very high rents. We do appreciate that people who live in pre-war accommodation are paying pittance but then again, how do you expect those people to pay more when they live in dilapidated flats or holes in the wall?
“Therefore, Government will have to look into it. It is a hydra headed problem because if you increase the rents the tenants will say ‘look, how could you possibly increase the rents when I am living in these conditions?’, and if you don’t, the landlord will say ‘how can I repair if I am not getting a decent rent?”

“So it is a very difficult balancing act. The only solution would be if Government constructs enough housing to vacate these premises, give the tenants a decent home and then the landlord would then be able to have empty properties which they can then refurbish and rent at market costs.”

“But again, that has to be looked into. Because the rents here are astronomical. We are talking about £1,000 for a one bedroomed flat. Very few people can afford that. That needs to have a cap on the post war accommodation.”

Mr Felices agreed stating that Gibraltar needs to reduce waiting lists and redraft the law for the private sector so that it recognises that the most important element in a tenancy has to be the tenant.

“And, that is a continued struggle and as long as you have a family, a tenant who has to go through that then, we have just to keep at it until we correct it.”

“I think our stickability is our credit,” he added.
Action for Housing are encouraging all members of the community to visit this “humble but no less informative exposition of its efforts”. The material shows how local citizens have been affected and coped with “inadequate” housing provision.

The exhibition runs until July 8.