A day in the life: Lifeguards on the Eastside PART ONE

As the bathing season draws to a close, Eyleen Gomez looks back at the crucial work done by Gibraltar's lifeguards who this year faced not just the usual challenges of providing a safety net on the beaches, but the additional pressures of Covid-19 too.

This year Gibraltarians have flocked to the beach as the Covid-19 pandemic has seen people avoid unnecessary travel, resulting in a busier summer than usual for lifeguards.

All of Gibraltar’s beaches and pools are attended by a team of qualified lifeguards and attendants who are directly overseen by two beach supervisors.

The Chronicle spoke to the lifeguards manning posts on the Eastside of the Rock in Sandy Bay, Catalan Bay and at the two posts on Eastern Beach.

Lee Coombes is one of the two beach supervisors. He gave the Chronicle a run down on what Covid-19 in the year 2020 was like on Gibraltar’s beaches.

“Oddly enough this summer has only been three months as we started in June while last summer we started in April but it has not seemed shorter,” he said. 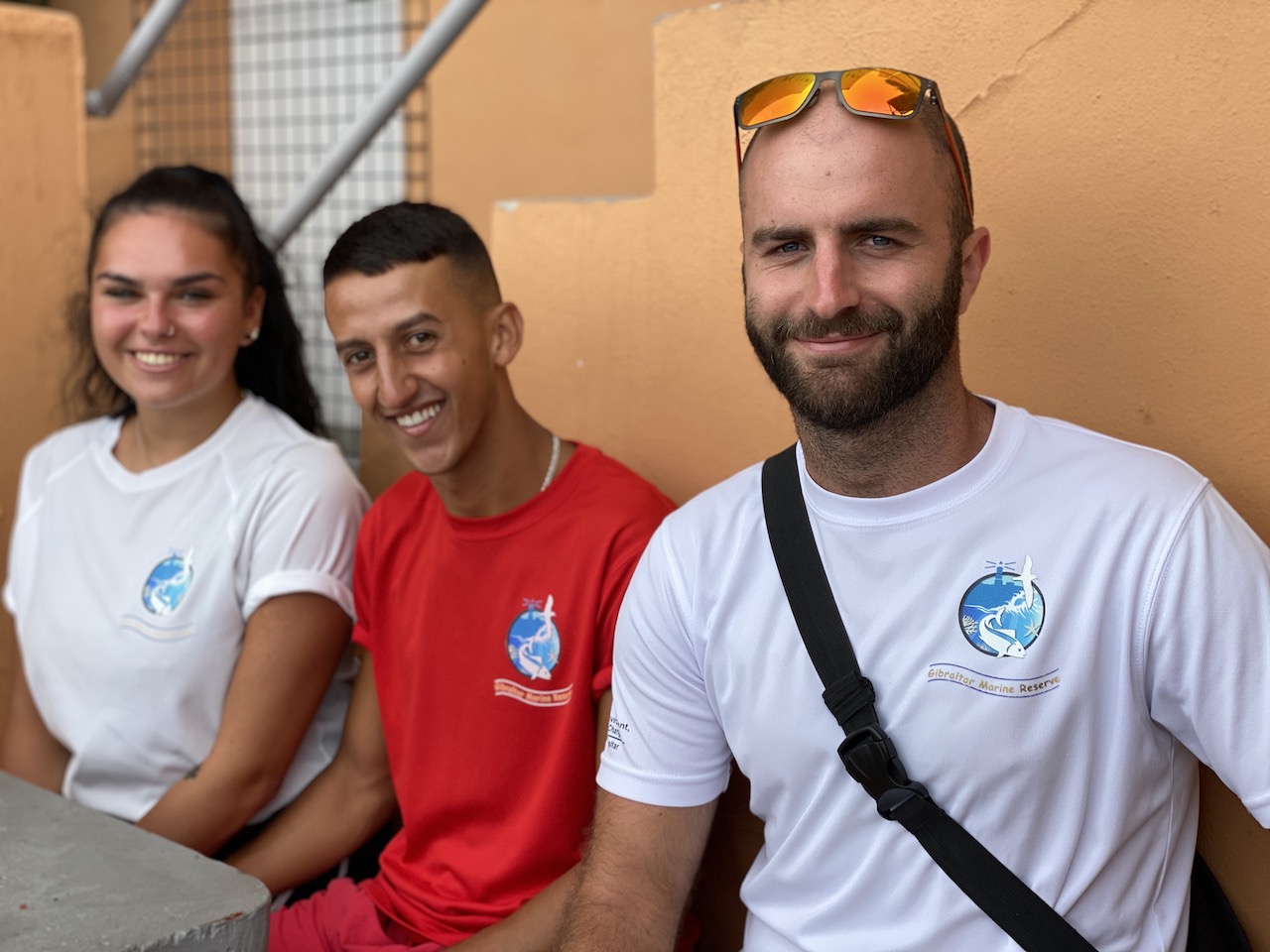 “It has been alright to be honest as most beachgoers have been alright with the social distancing and they have respected the rules so we have not had any issues with that.”

On the challenges the team faced he noted that doing the roster was the hardest element due to some now being back in school or for other reasons.

“A couple of weeks ago we all did the test and none of us was positive, so that is really good,” he said.

“There was a few times that someone has mentioned that they don’t feel well so we have sent them home without thinking about it because of the safety of everyone else.”

“We have been lucky if you think about it because if one person had of been positive it would have been an issue because they all work together, all rotate from beach to beach.”

In preparation for National Day they had an extra lifeguard on each beach.

Working at Sandy Bay on a very Levante and quite day was Eloise Newing, 19, and Jonathan Gingell, 18. 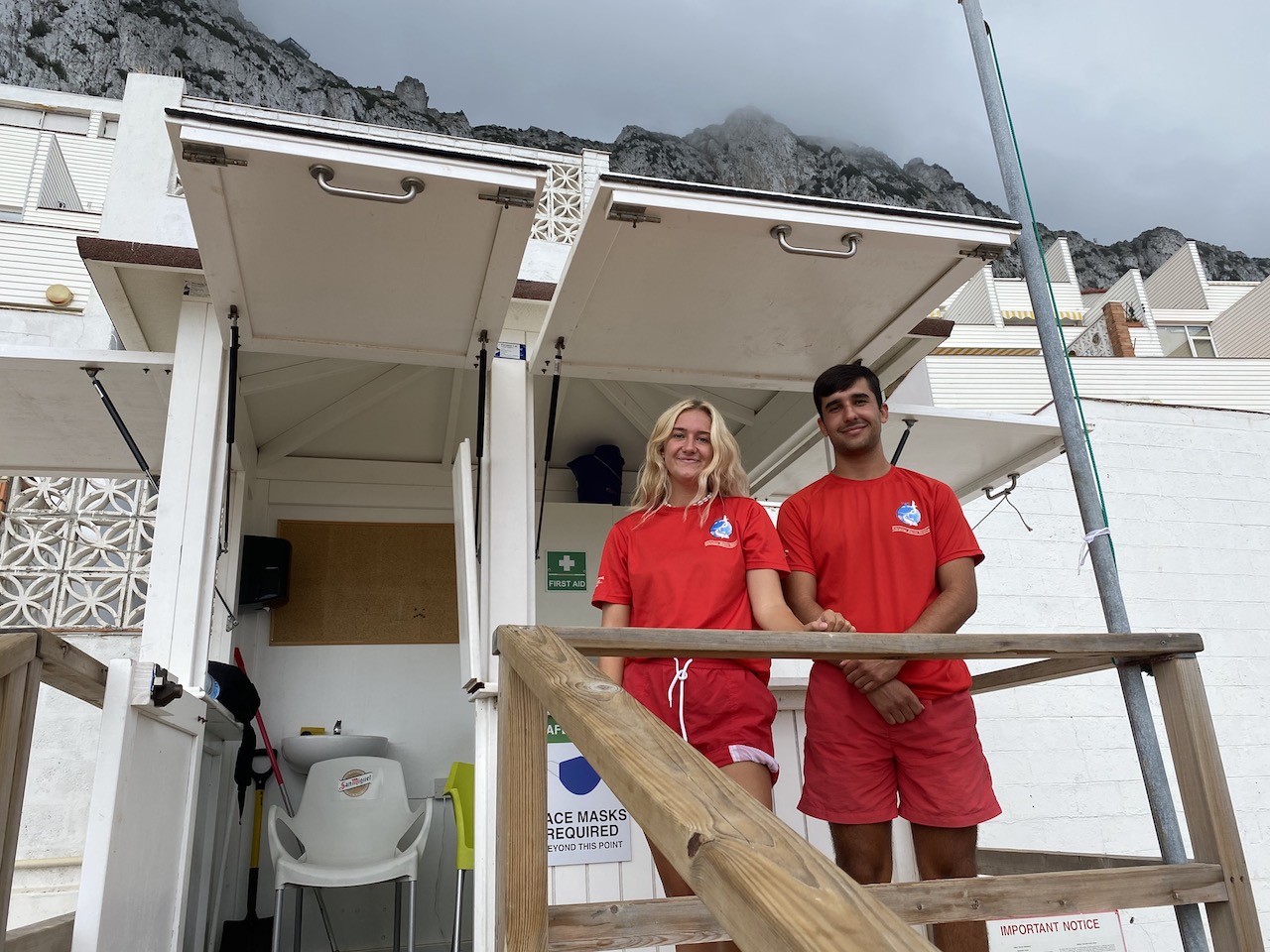 It was Ms Newing’s third year in the position and noted how much busier the beaches have been this year in comparison to the past two years.

“Because of coronavirus people are less in school or in work or doing the normal things they would do during the summer so people are making their way to the beaches more,” she said.

She didn’t notice any extra challenges this year and said that she had expected the season to be a little bit different, “but in reality it hasn’t changed much”.

This summer had her take to the water on a few occasions to rescue someone in a precarious situation but none of the situations were life threatening she said. 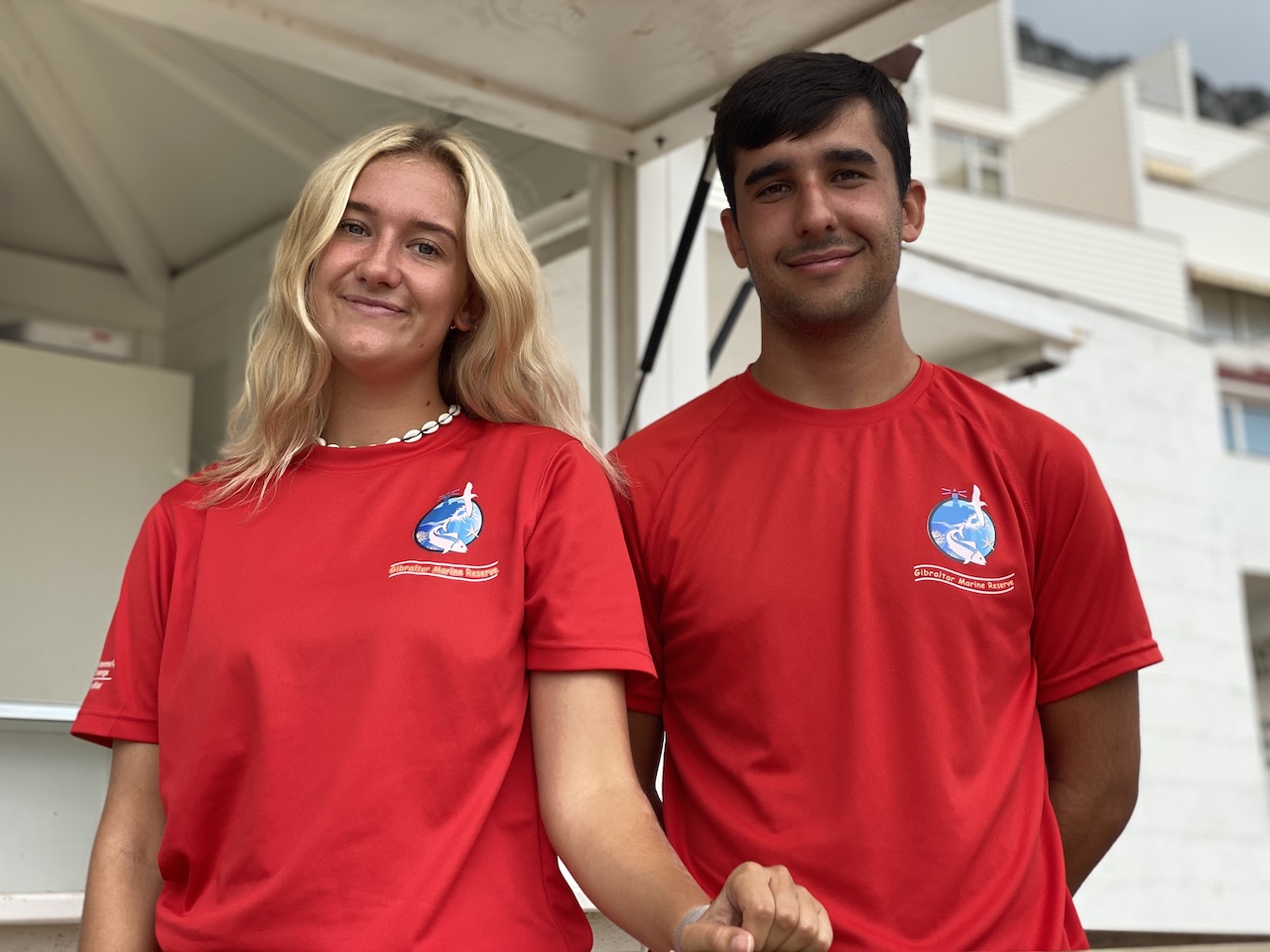 It was Mr Gingell’s second year as a lifeguard and this year he said was less busy in terms of his rescues.

“My most rescues in one day was nine and this year I have not had a single rescue,” he said.

He agreed with Ms Newing’s opinion that the beaches have been busier this year.

Making up the team at Catalan Bay that day was Brandon Morgan, 18, Julian Serrano, 18, and Ilyas El Ouahevi, 21.

It was Mr Morgan’s first year in the role which he took on as he always wanted to do something that requires rescuing people and it helps with future careers. 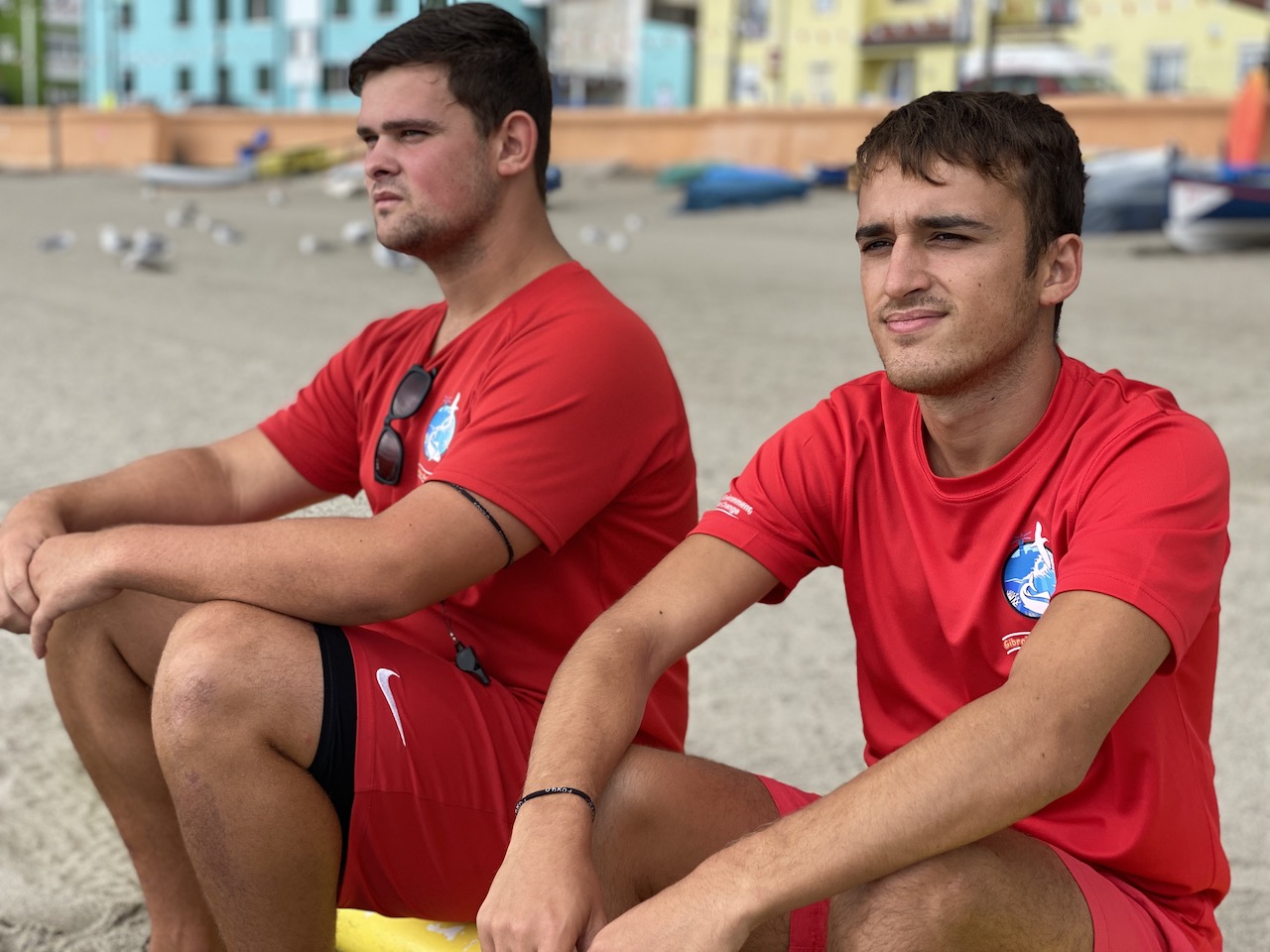 Recalling one rescue he did in Eastern Beach he said, “a child got dragged out”.

“They were between seven and nine. The Mum actually came in with me and I had to bring the Mum back as well.”

It was his colleagues Mr Serrano’s first year also and it was a job he has coveted for many years having lived in Catalan Bay with his Granny.

“Sometimes it is a bit tiring but it is fun,” he said.

“On days like this [quiet days] when there is nothing to do its tiring, I prefer a busier beach,” he said.

In his third year is Mr El Ouahevi and believes that every year gets better and credits this to the new management in place and how there are many lifeguard with experience working.

He also found the management of Covid-19 on the beaches to be good.

“I thought it was going to be difficult but in the end it came out as the opposite. It was even easier with the Covid because of restrictions and that made our job easier,” he said.

The beach assistant working that day was Jade Garcia, 18, is in her second year of the role and credits the lifeguards making this year better than last.

“They have been ever so helpful, they are more aware,” she said.

However, she has not been that busy this year and puts that down to many elderly or people who need assistance have not been coming to the beach and are staying at home due to Covid-19. 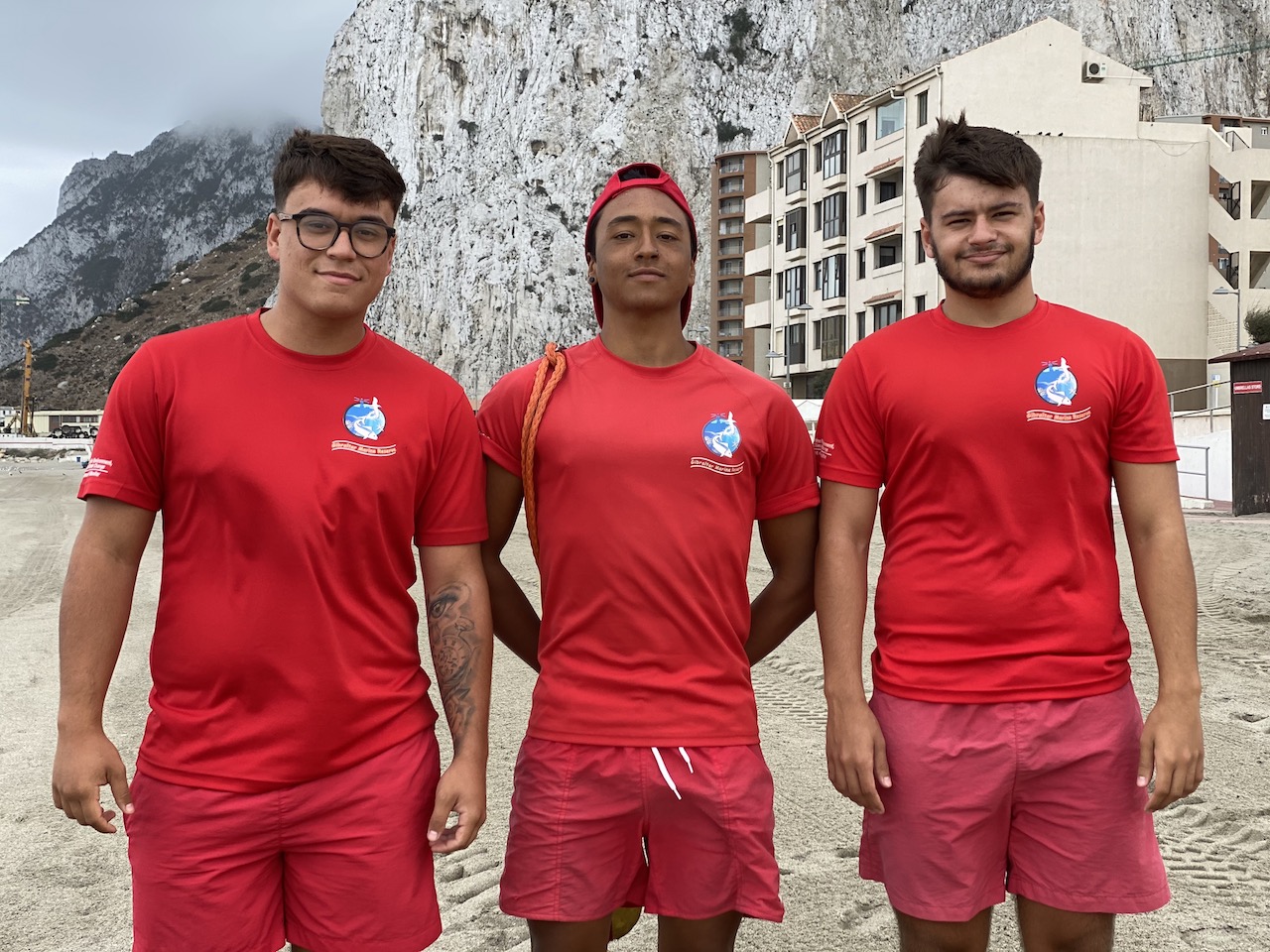 Mr Edwards, who is in his second year as a lifeguard, stated he felt this year was busier than last.

“I had expected it to be the opposite because obviously coronavirus has been affecting us. But, to be honest it has been the opposite and all the beaches have been packed,” he said.

“That is probably because people cannot go into Spain as freely as last year or can’t go on holiday.”

He also noted that dealing with first aid is different this year as everyone has to wear a mask, including the person who is being attended to. 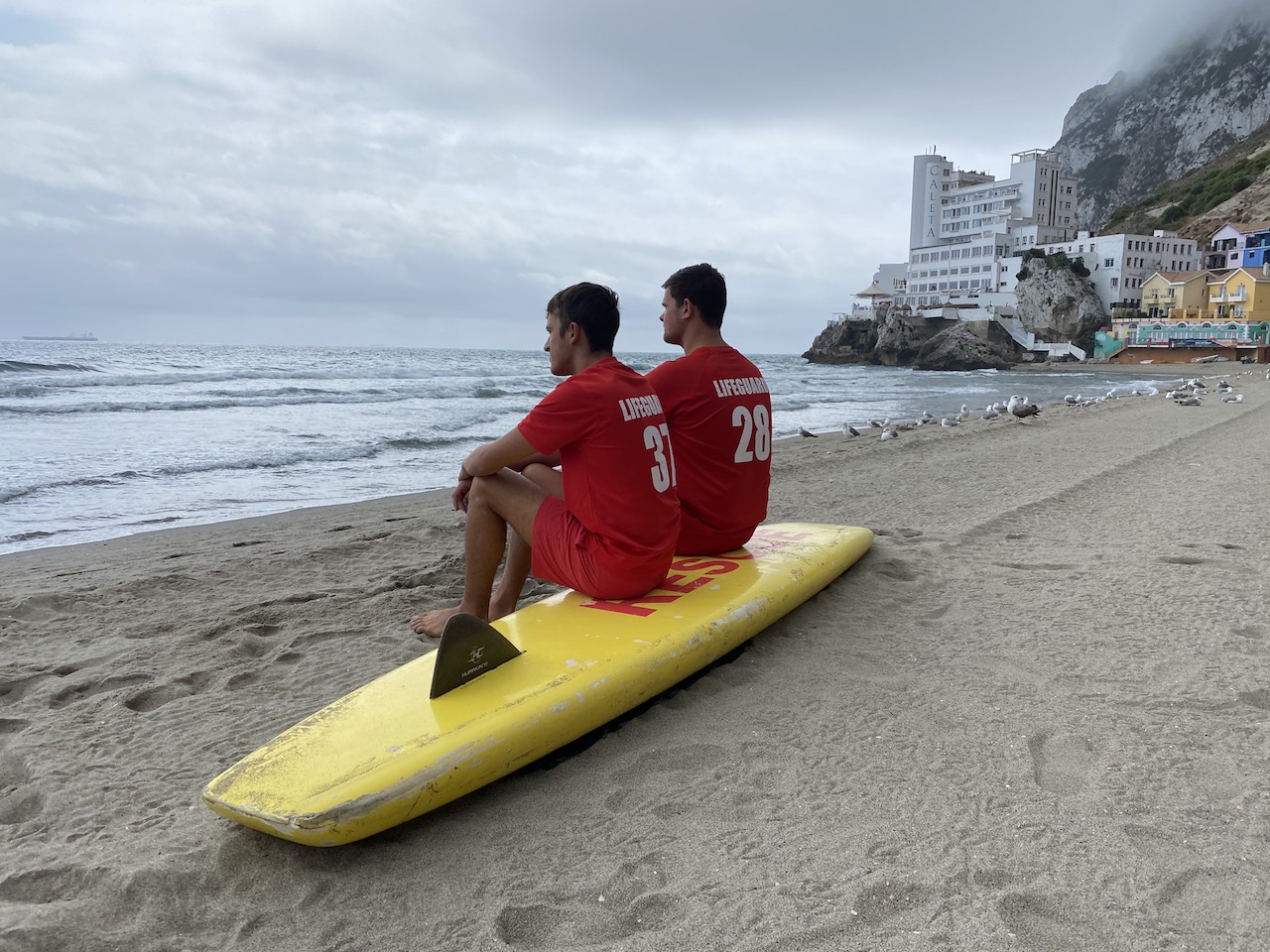 Also in his second year is Mr Mauro noted how much stricter the supervisors have been this year.

“They have been more on top of us and we also have got more equipment, more boards and the beaches are also cleaner. Britannia have done a good job this year,” he said.

“The new boards are way better, they aren’t made of foam making it easier to get someone up on it.”

“I did have to use it once, but it was more of a false alarm because when I got out there they had hit the sand bank.”

Mr Galdez is in his third year as a lifeguard and felt that this year was busier than other years.

“There has been coronavirus but it has made very little impact to our working performances because we are monitoring the beaches the same. The only difference is having less involvement within the community because of the pandemic,” he said. 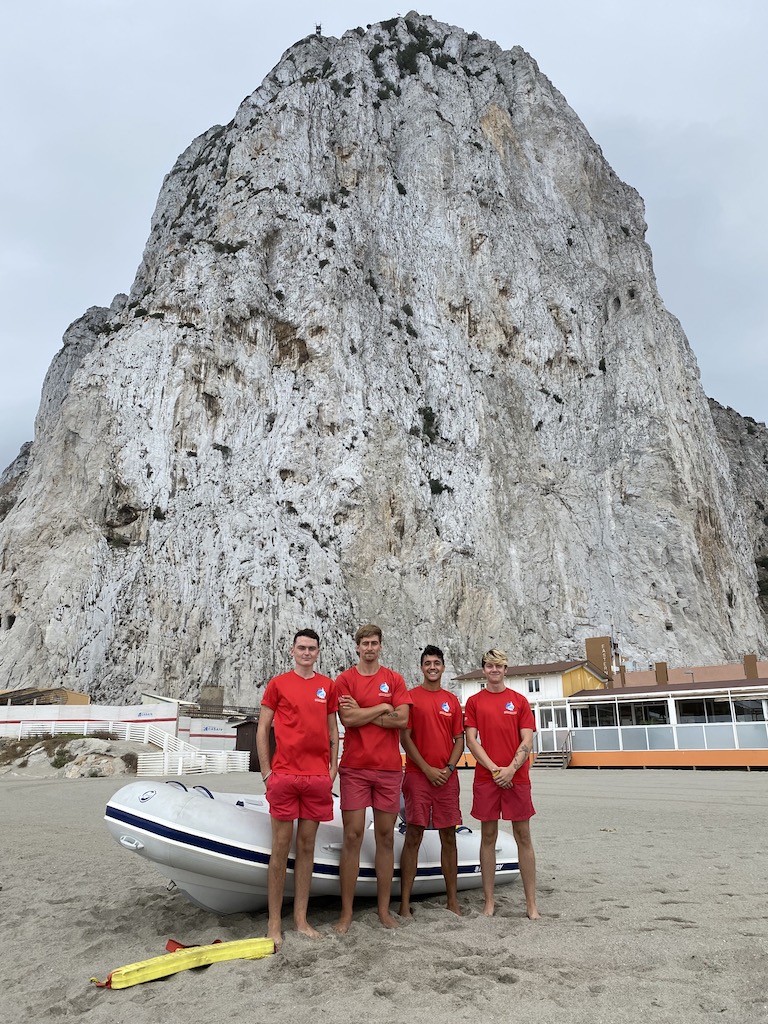 Mr Kilkenny is back on the beaches for the second time and said that this year he has experienced more rescues.

“For me there has been more rescues so there has been challenges in that way. There were not massive rescues but I had one at Western Beach where the guy had fainted and I had to put him in the recovery position and I have had false alarms where I had to go into the sea,” he said.

He did not notice people’s behaviours changing due to Covid-19 and that the beaches were packed with people not social distancing.

Mr Fitzgerald started off as a pool lifeguard and transitioned onto the beaches last year.

He noticed that people’s behaviour at the start of summer was different than how it is now.

“At the start people were a bit more aware and as we behaved ourselves after that period of lockdown we were able to contain it and that allowed people to enjoy themselves throughout the summer,” he said.

“People have definitely been listening to the guidelines and paying attention.”

“Every day at the beach is one to look forward to as you might have to put into place something you were trained to do, but apart from that it also allows us to save a bit of money for our studies when we go back to the UK.” 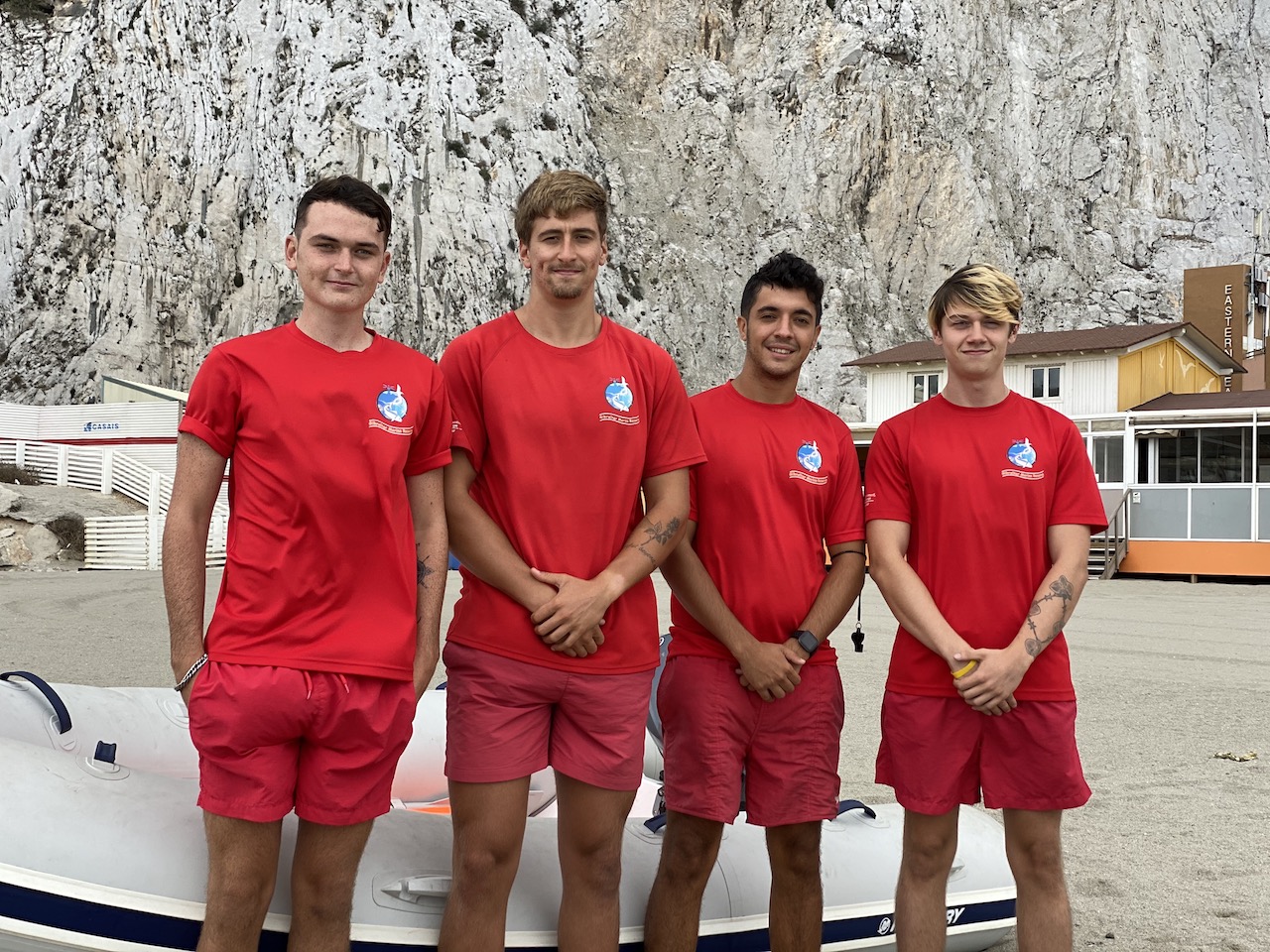 This year he rescued seven people in one day at Catalan Bay who were on paddleboards.

“It was to do with the under current as well as the wind,” he said.

“But, now that they [the Government] have brought into place the new yellow flag with the black circle makes our lives a bit more easier and allows the public to identify when they are allowed to use their boards or not.”