A ghastly, ghoulish scare in the Youth Club

You never know what is lurking behind any door, especially at Halloween. This week, a ghastly, ghoulish scare awaited anyone who walked into the Youth Centre on Line Wall Road.

Once again, the team of youth workers have put on a week of activities for local children, and this time it was a festive Rags to Riches session.

During the week the children took black t-shirts and created their own unique item of clothing that guaranteed to scare even the bravest souls. 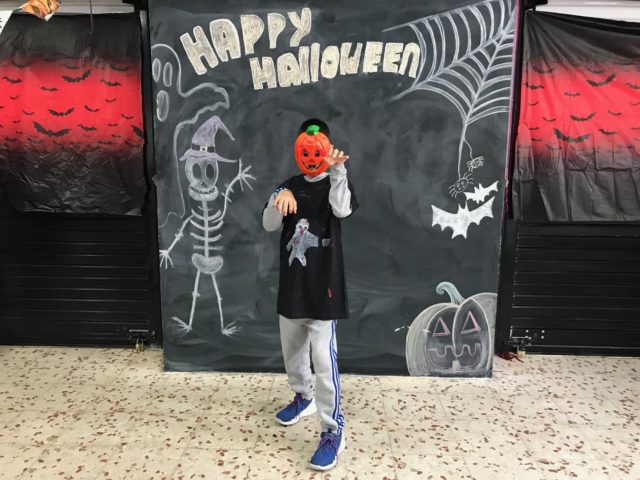 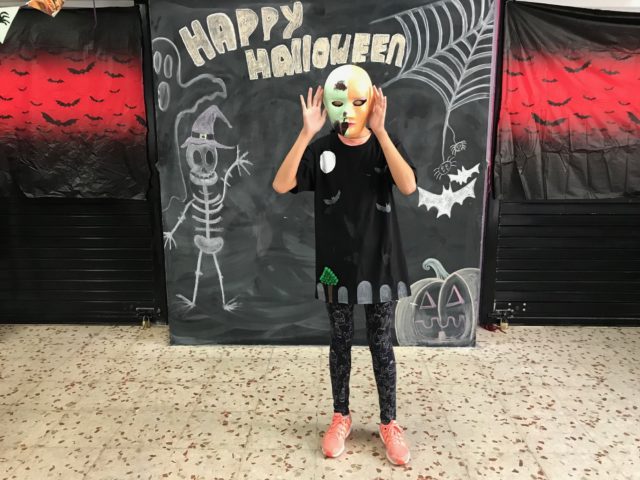 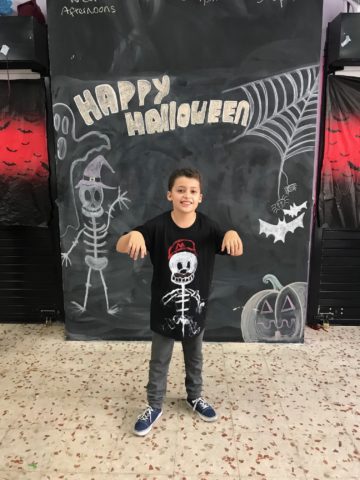 Sophia Povedano, 11, was dressed as a skeleton because, “I like being bony”, she said.

Her favourite part of the week was making her top and cutting the “stringy part” into it as she likes to deconstruct something to create something else.

Shadi Young, 10, had a mask that she painted and topped with a leaf. Her inspiration came from her family.

“My family really love Halloween, so we have a lot of stuff for decorations at home and this reminded me of one of them,” she said.

On her t-shirt she had painted a pumpkin and a handprint with the words help.

The highlight of her week was playing Cluedo because it is her favourite game to play. 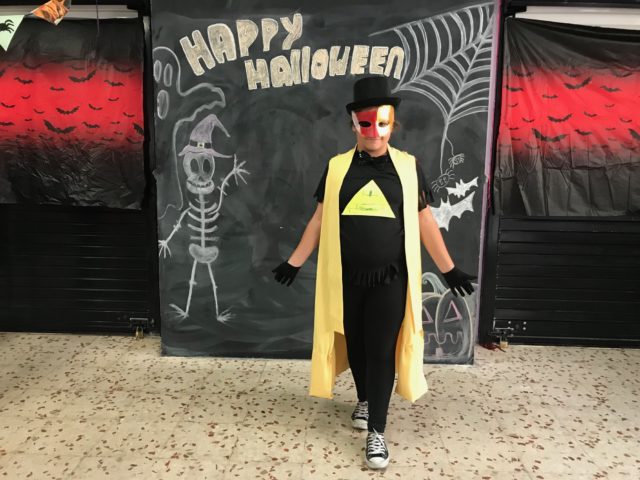 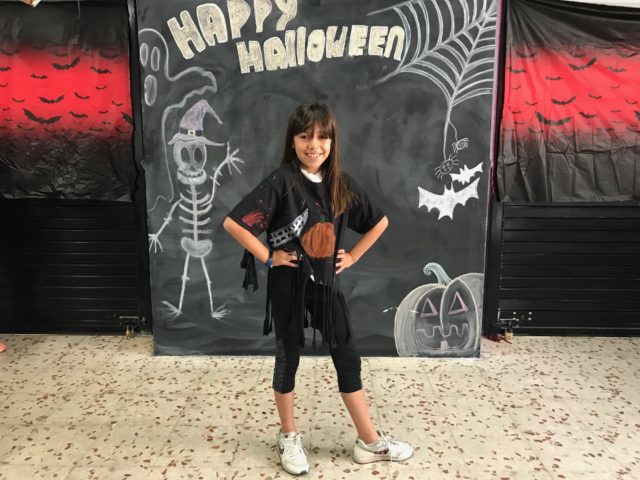 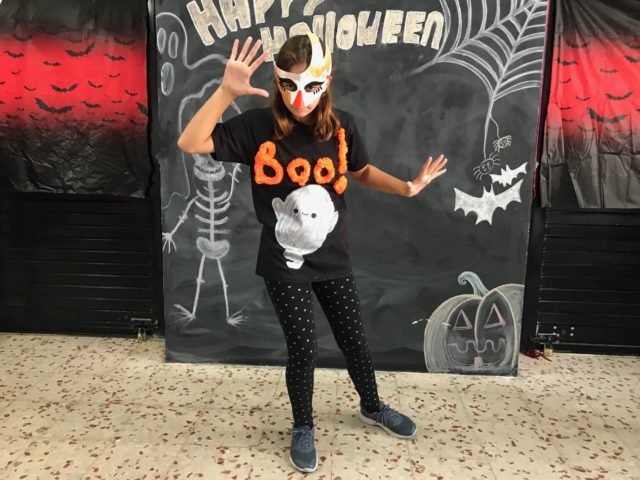 Leah Ryan Wallace, 10, had a spider inspired outfit, with a web across the front of her mask as well as the spider and cobwebs on her t-shirt.

“Because I am really scared of spiders it is the scariest thing I could think of when I designed it.”

Neville Guilliano, 10, was a skeleton. His inspiration for his costume came from playing Super Mario on a game console and character in the game turned into a skeleton. His skeleton even had the red Mario cap. 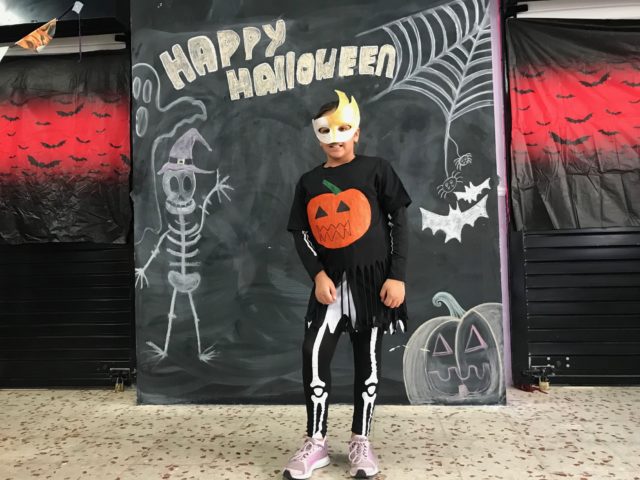 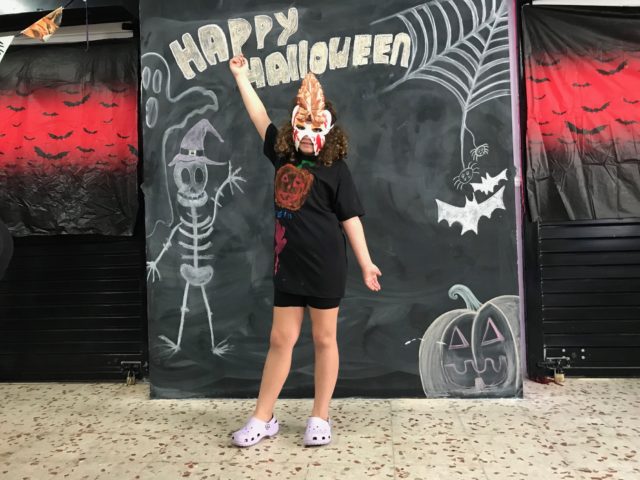 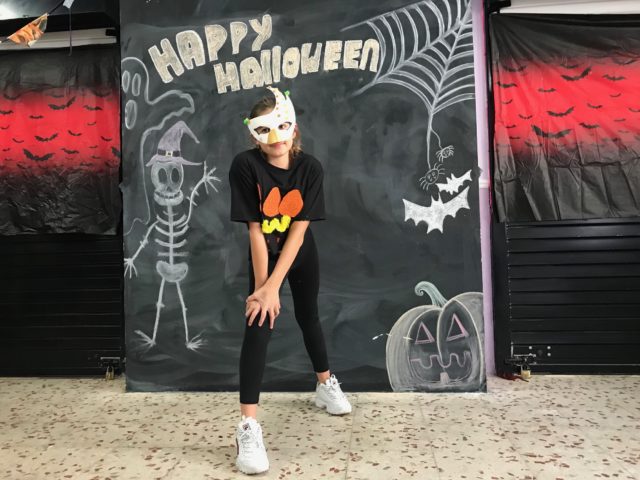 One of the best parts of his week was playing the board games, he said.

Juliette Charvetto, 12, had a t-shirt with the word BOO emblazed across. She is a fan of creating and likes to make her own unique pieces of clothing at home too.

“I like to mix and match clothes and do other things that are weird,” she said.

While she is unsure if she will go into fashion design when she is older, she will definitely have it as a hobby.

Mariana Verissimo, who turns 11 in two weeks, went for a mixture of themes.

“I just got a lot of different ideas and stuck them all together into one,” she said. 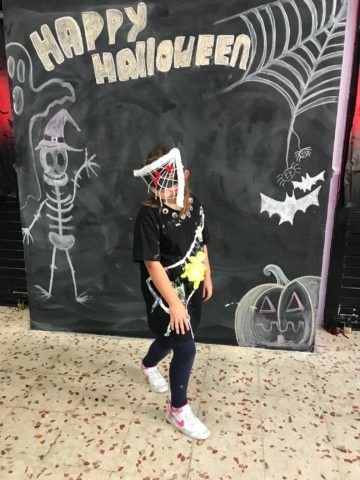 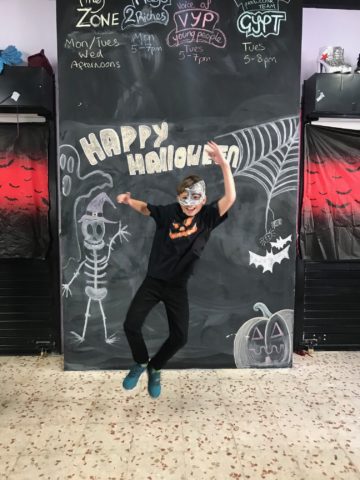 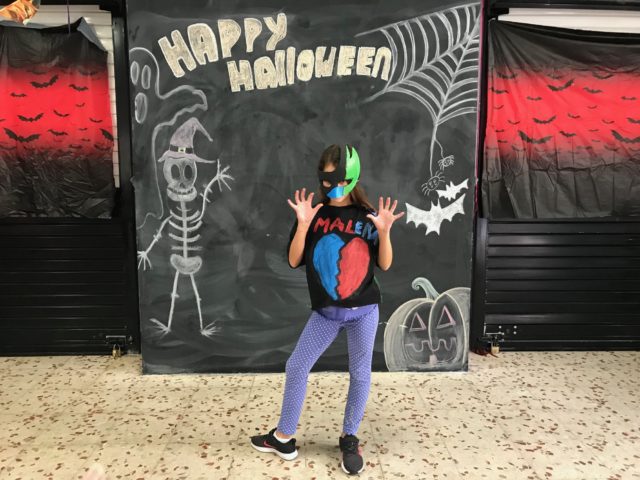 She had a pumpkin, a spider, cobwebs, a knife, a ripped up t-shirt and the word BOO written on the back.

Her mask had two sides.

“My idea was to have one normal side and one side zombie related,” she said.

The highlight of her week was creating and being with everyone, she added.

Danille Gafan, 11, has enjoyed designing her t-shirt and mask.

She picked orange as the colour to use on her black t-shirt because it is a colour associated with Halloween. She had the word BOO on the front a pumpkin and a moon on the back of her t-shirt.

“My mask is gold and solver and really over exaggerated eyeliner,” she said.

The best part of her week was playing games and meeting new people.