The European Union flag was lowered at the border at midnight last night, signalling the moment Gibraltar left the bloc alongside the UK after three tortuous years of political drama and bitter division.

The historic moment was witnessed by dignitaries including the Governor, Lieutenant General Edward Davis; the Chief Minister Minister, Fabian Picardo; the Deputy Chief Minister, Dr Joseph Garcia; the Leader of the Opposition, Keith Azopardi; the Speaker of Parliament, Melvyn Farrell; and Michael Llamas, the Attorney General.

Concerned about the tight space available in the Customs precinct at the border, the government had urged people to stay away and watch the event on GBC, which was broadcasting live.

But in the event, a group of around 200 people gathered to watch in person, some waving Union Jacks, Gibraltar flags and even a Commonwealth flag.

It was planned as a solemn ceremony, with the Gibraltar Band and Drums Association to play the EU anthem ‘Ode to Joy’ as the EU flag was lowered, and ‘God Save the Queen’ as the Commonwealth flag was raised in its place.

But when the clock struck midnight, the rendition of the EU anthem was accompanied by a noisy chorus of voices chanting along to the music, followed by raucous cheers as the final notes were played.

Gibraltar voted overwhelmingly for Remain in the 2016 referendum, but there was no hiding that for many gathered there last night, this was a celebration.

Eyes forward under the glare of the world's media, the serious demeanour of the dignitaries contrasted sharply with the voices to their left.

As the music stopped, first came three cries of ‘hip hip hooray’, followed by a loud, somewhat-off-key ‘Rule Britannia’ singalong while the EU flag was folded and handed to Mr Picardo.

Dr Garcia then handed over the Commonwealth flag that would replace it, signalling Gibraltar’s hopes for trade and relations with the wider world after Brexit. 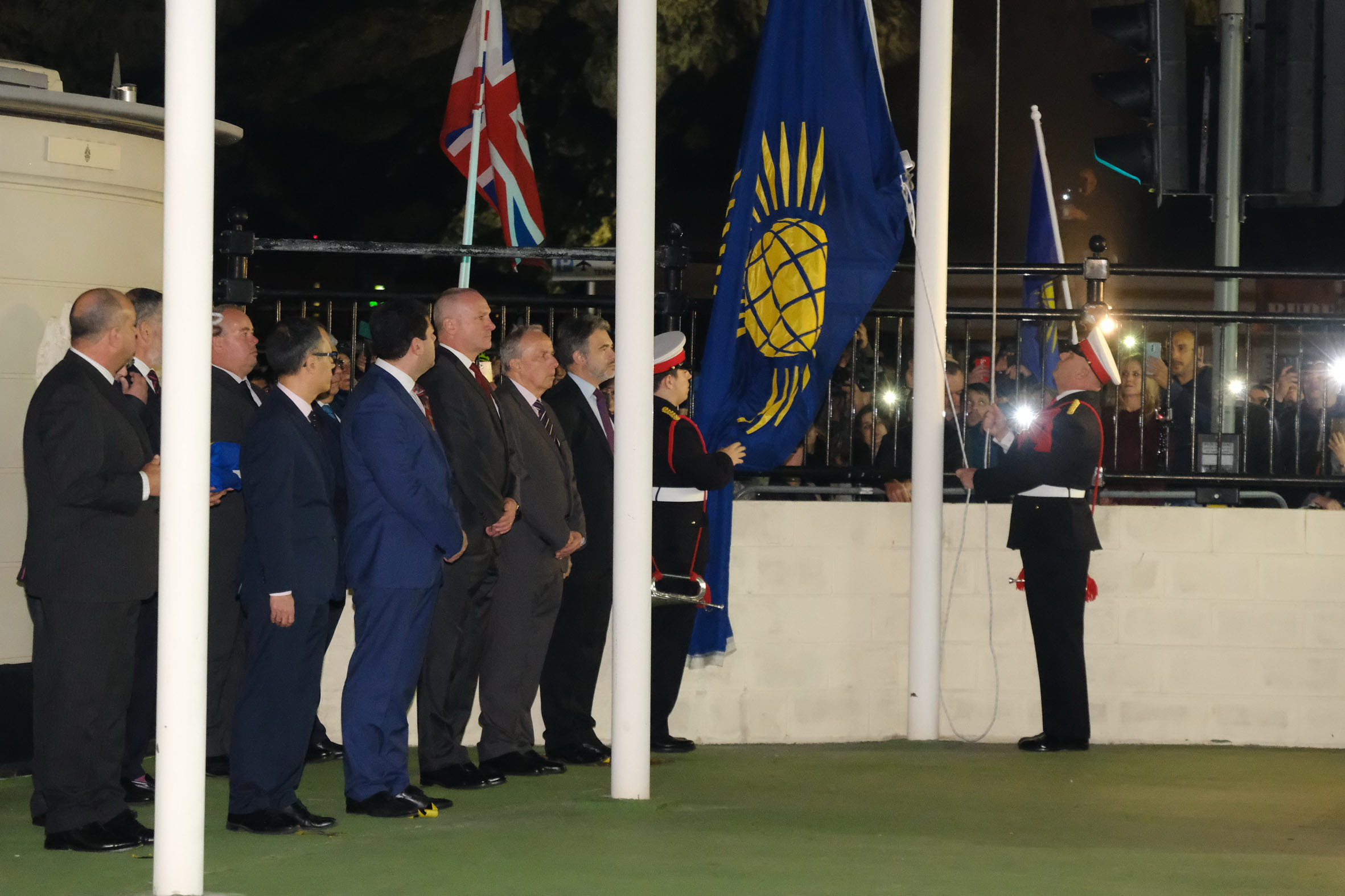 As the Commonwealth flag reached the top of the flagpole, the band played a few bars of ‘God Save the Queen’, once again accompanied by a chorus of voices that sang along and completed the verse after the music had stopped.

Earlier that night, Mr Picardo said Gibraltar was "very well placed indeed to make a great success of the Brexit that we did not choose".

"So tonight, let's not pretend to be happy," he said.

"Let's be clear that this is not our choice."

"But let us also look to the future with great optimism and with the strongest confidence."

Opposite the crowd was a press pen lined with a bank of TV cameras and photographers, some broadcasting live from the scene.

The flag ceremony over, Mr Picardo, flanked by Dr Garcia and Mr Azopardi, walked the length of the press enclosure holding the EU flag, one final photo call on a busy day tinged with sadness.

Gibraltar is out of the EU, and a new era starts today.