A Time Remembered: ‘a slice of our cultural history’

A new book launched this week by Humbert Hernandez has been described by its author as “a slice of our cultural history”.

The book ‘A Time Remembered’ is a biography of amateur theatre director Cecil Gomez and his drama group. It chronicles the work of the many Gibraltarians involved in theatre, recitals, television and radio from 1956 to the present day.

The book was launched on Tuesday evening at the Fine Arts Gallery in the presence of many of those who formed part of Group 56, St Joseph’s Drama Group, Group 70, Group 2000 and Stage Circle.

All he had done, Mr Hernandez told all those present, was to record the collaborative work of the many people who had taken part over the years in all the productions.

The journey, he said had begun six years ago as a tribute to his life-long friend Cecil Gomez as a gift for his 80th birthday. 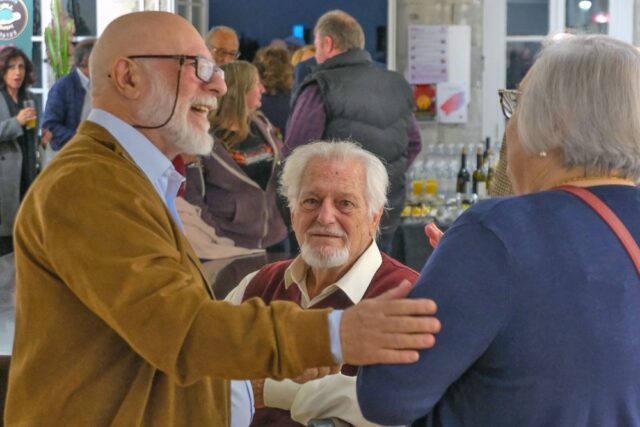 Describing him as a “Kingpin in amateur theatre, an innovator not just in theatre but also in education” he admitted he never envisaged the project would take such a long time to reach completion and publication.

But the extensive research of reviews and large number of photographs included in the book required a lot of attention, and then Covid-19 happened.

The book includes chapters on the work of the late Leslie Zammitt and that of the author as well highlighting their own work in theatre. It features over 650 photographs and illustrations, covering over 200 productions of full-length plays, one acters and poetry recitals.

The theatre, said Mr Hernandez, is an ephemeral art – “you spend six to eight weeks rehearsal a play, you put it on for three or four nights, it might get a good review or none at all, and then after that it is gone”. 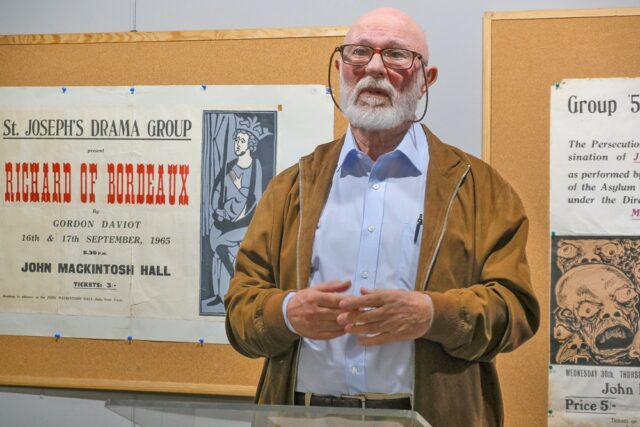 The only way to remember it all, he added, was to write it all down as a record for the future.

Mr Hernandez also gave thanks to Chief Minister Fabian Picardo who had made the project possible, supporting it right from the start.

The launch was accompanied by a poster exhibition at the Fine Art Gallery which will remain on display until next week and which depicts the many productions staged over more than six decades.

It is also on sale at the Gibraltar Heritage Bookshop. Priced at £25, all proceeds from sales will be donated to GibSams and RICC.