Tomorrow, March 22 marks UN World Water day, a day that highlights that not everyone has access to accessible clean water.

Local charity Action 4 Schools led by Jimmy Bruzon its founder has endeavoured to bring fresh water to the school children of Sierra Leone by drilling and creating wells.

In doing so they allow the schools children to not only have clean water for them and their families to drink but also allows them to spend more time in school. Time they previously would have spent fetching water kilometres away. 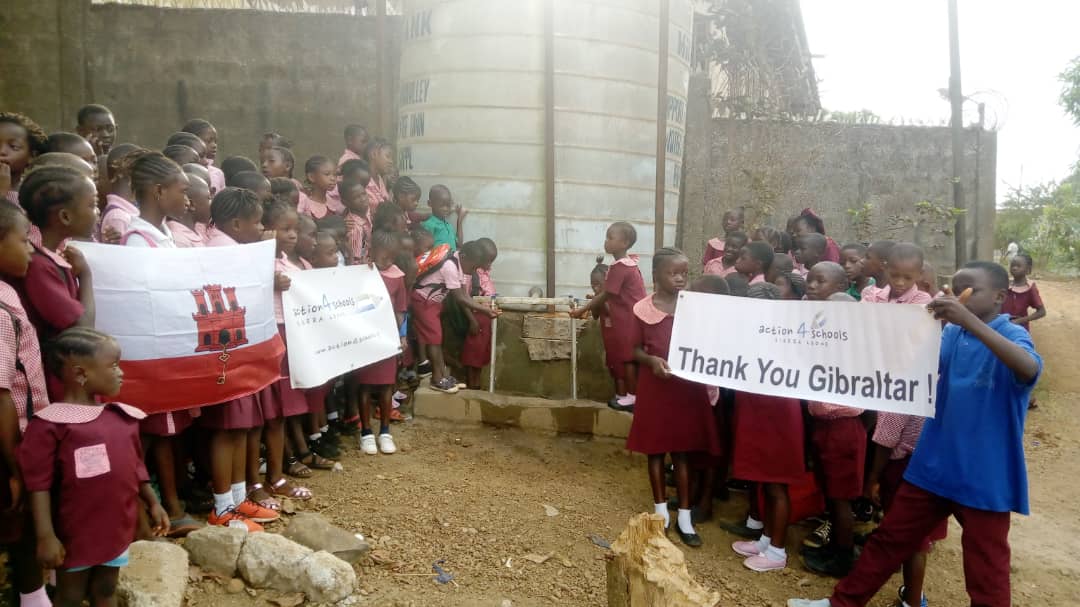 To date they have provided 62 wells in Sierra Leone, the last one was done in partnership with WellFound a UK charity.

Not only does the charity provide wells it also recently replenished water tanks in an area where it was not possible to build a well but instead pay for it to be connected to a water system.

The water tanks had dried up as there was road works impeding the flow of water. In addition, as it was dry season water cannot be collected by the rain harvesting roofs. 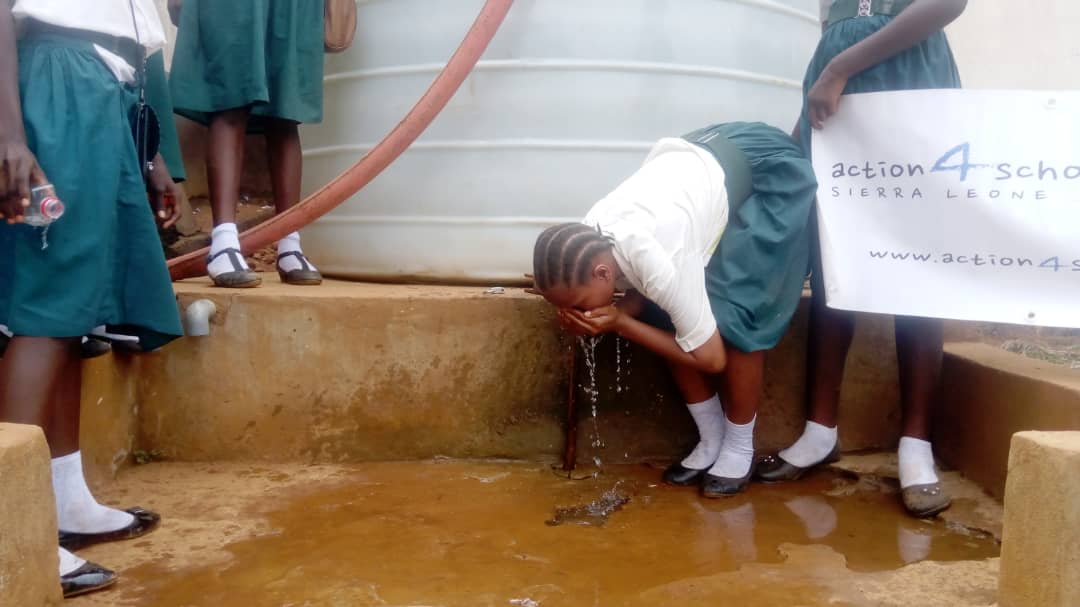 Sierra Leone like the rest of Africa is bracing itself for Covid-19.

With washing of hands playing an important role in mitigating the spread of the virus well and the provision of water is vital.

With this in mind Mr Bruzon is appealing for donations. Any amount can be donated to the charity but he has set up a four digit telephone number that when you call £1 is automatically donated to Action 4 Schools. 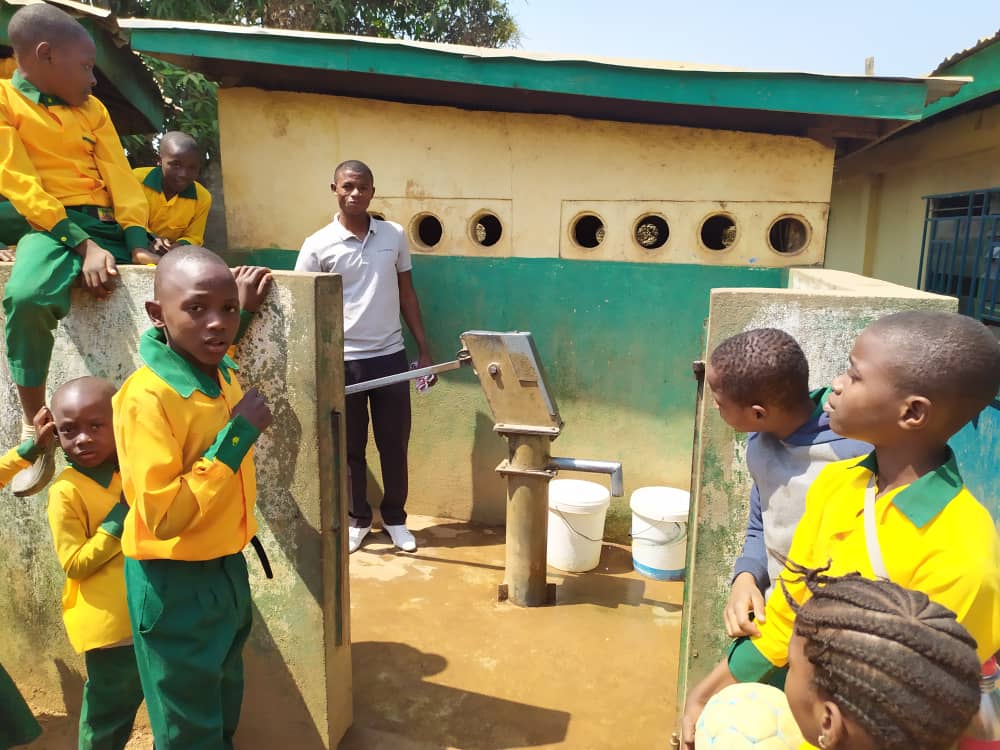 “I am always grateful to Action 4 Schools in Gibraltar for providing our school with safe drinking water,” she told the Chronicle.

“Our school pupils use to suffer over the years with waterborne diseases before your intervention.”

“The pupils, parents and management of Annie Caulker appreciate you Gibraltar for not only providing us with the water facility but for also supporting our surroundings with safe drinking water. We are grateful.”

“For the past three years we have not recorded any case of typhoid, cholera or diarrhoea neither have we recorded incidence of sexual abuse as a result of going through distances to fetch water for either sanitation purposes or drinking.” 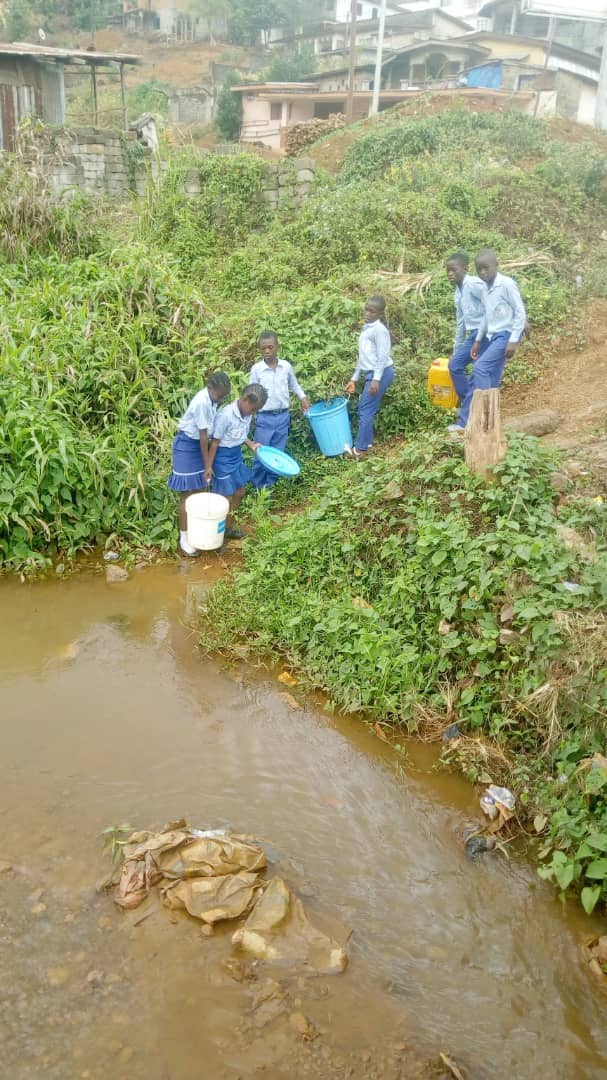 “Before the year 2013, my school was lack of clean safe drinking water as a result that, our pupils missed two hours of their learning time daily to go in search of water and our only source of water was a running stream which was 1,000 meters from the school, the roads are rugged and hilly,” he told the Chronicle.

“The water was unsafe to drink because it was contaminated with germs and dirty, to make it pure we have to do local filtration and sedimentation. Sometimes our pupils miss classes because of illness such as stomach ache, diarrhoea, typhoid, cholera and incidence of sexual abuses as a result of going through long distance to fetch water for either sanitation purposes or drinking.”

“During the dry season the stream water totally dried up in some streams.”

“Since 2013 to date, I want to proudly say.... Action 4 Schools has created a lot of significant impacts to the school and community especially in the lives of our children in school.”

“Action 4 schools has provided us with safe and clean water by connecting the school to Guma valley water company an institution which has the sole mandate to provide water.”

“Now our pupils do not miss classes, they are water borne diseases free and no more incidence of sexual abuses.”

“First of all, we are all very happy and grateful for your support, because the school has benefited a lot since you constructed the well. The community as well have benefited from it and they always shows their gratitude towards you,” she told the Chronicle.

“Since you constructed the water well it has all been too easy. Before the construction of the water well, the school was having a hard time finding a place to fetch water. So because of that, they always eat without washing their hands, some had to walk about five minutes to were the nearest tap is. And it was always crowded because it was the only well around that area.”

“The tap was too old and it was across a busy street. Sometimes a motorcycle will miss a pupil or two. The worst of it was that the water was impure. Pupils often complain their stomach is aching, so we had to stop them from getting water from the tap.”

“But thanks to you we are all safe now. Since you constructed the water well pupils no longer have to complain about water again. And the water is the safest and cleanest in the neighbourhood.”

“Sometimes it looked as if it was going to dry up but we always leave it for about six-seven hours to recycle. So it really is an asset to our school and the community.”

“We thank you for your support and help, we really appreciate it and we are looking forward to more. "tenki tenki, na God go bless you.”