The Ministry of Transport has unveiled an ambitious plan to implement a network of cycle lanes and footpaths stretching from the border to Europa point, in a bid to encourage clean and sustainable mobility on Gibraltar’s congested roads.

The plan, named the Active Travel Strategy, sets out proposals for cycle lanes and ‘shared spaces’ for cyclists and pedestrians, running along key roads such as Europort Avenue and Waterport Avenue among others. 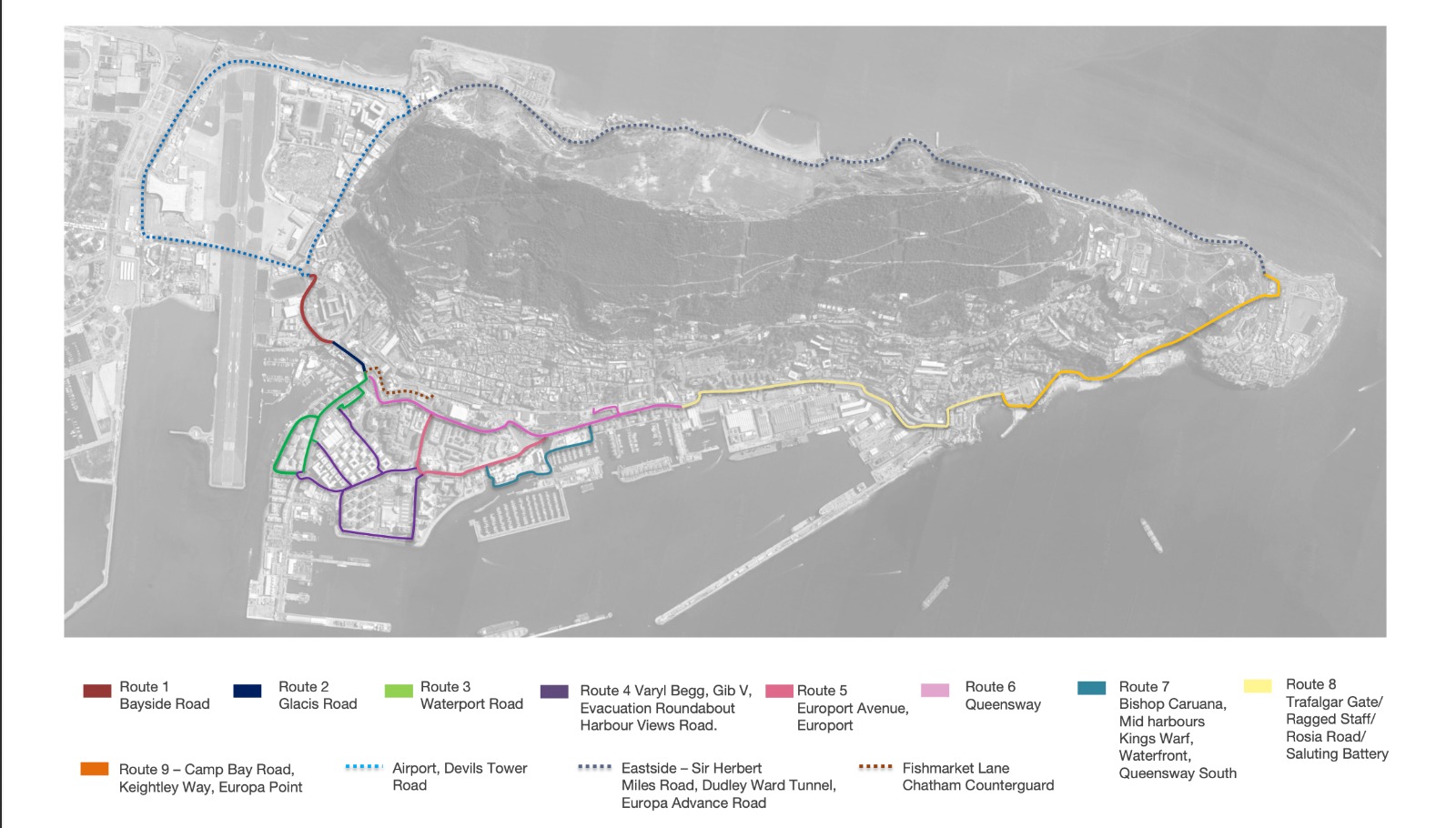 It aims to lay the foundation for a greener city with extensive infrastructure to allow pedestrians and cyclists to move around safely while ensuring traffic can also flow freely along the Rock’s main arteries.

The hope is to create space for active travel for both locals and visitors, opening up opportunities for new public spaces and tourism while providing new infrastructure for people to move around using less polluting transport modes, in particular walking and cycling.

As part of the proposal, “wayfinder” signs will be installed to show people different options of getting from A to B and visually illustrate that, even on foot or two wheels, most of Gibraltar can be accessed from any location within 15 minutes. 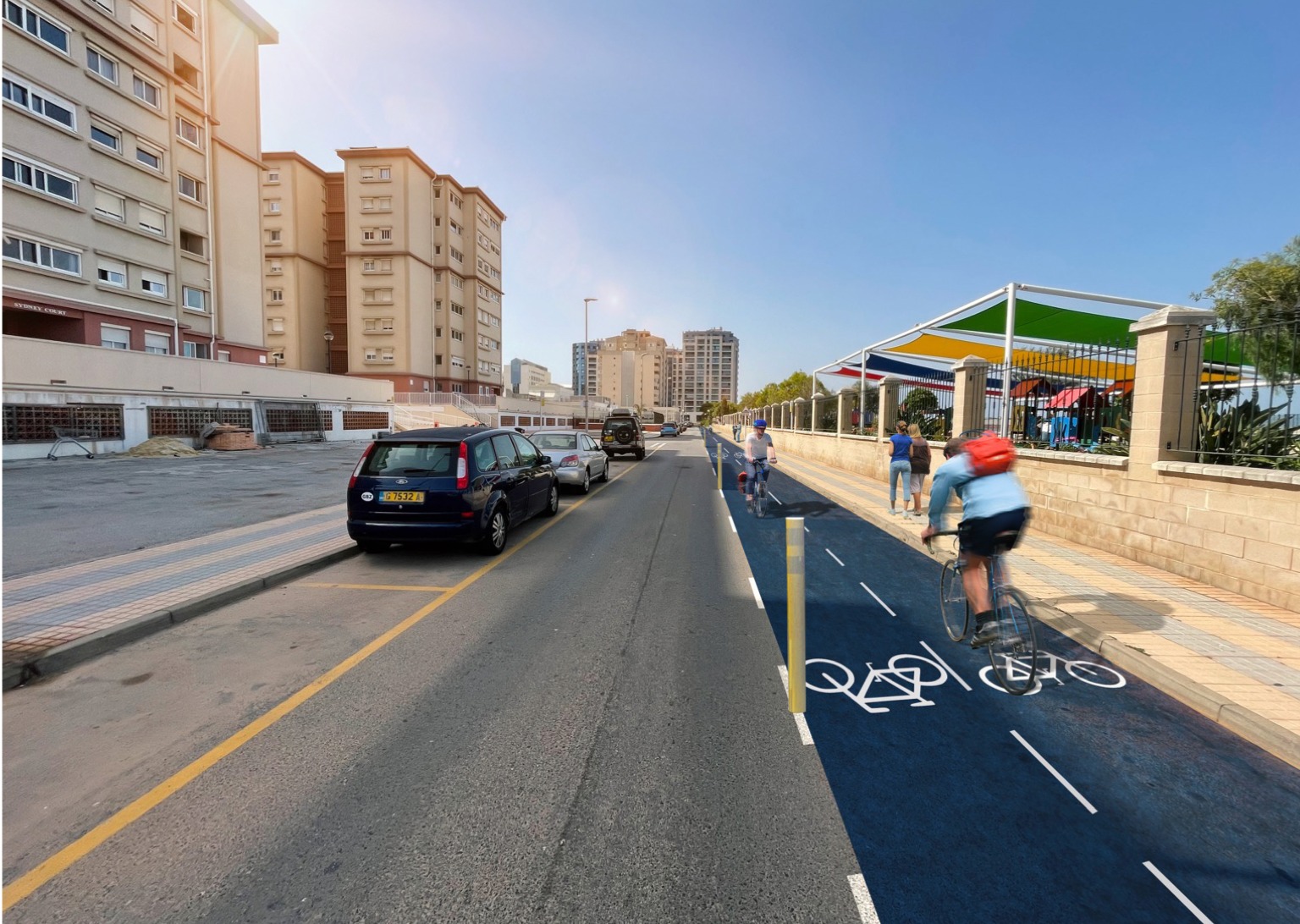 The strategy is an extension of the sustainable transport plan unveiled several years ago but is the first time that the government has published a detailed proposal for an extensive network of cycle lanes on Gibraltar’s tight and congested roads.

It is a strategy developed jointly with the Department of the Environment with an eye on promoting healthier lifestyles and reducing pollution in Gibraltar, where vehicles account for a third of emissions.

Parts of the plan will be rolled out within weeks after a short consultation period for feedback, but much of it is conceptual and for future development, including proposals to develop open pedestrian areas that coexist with infrastructure for vehicles and bicycles. 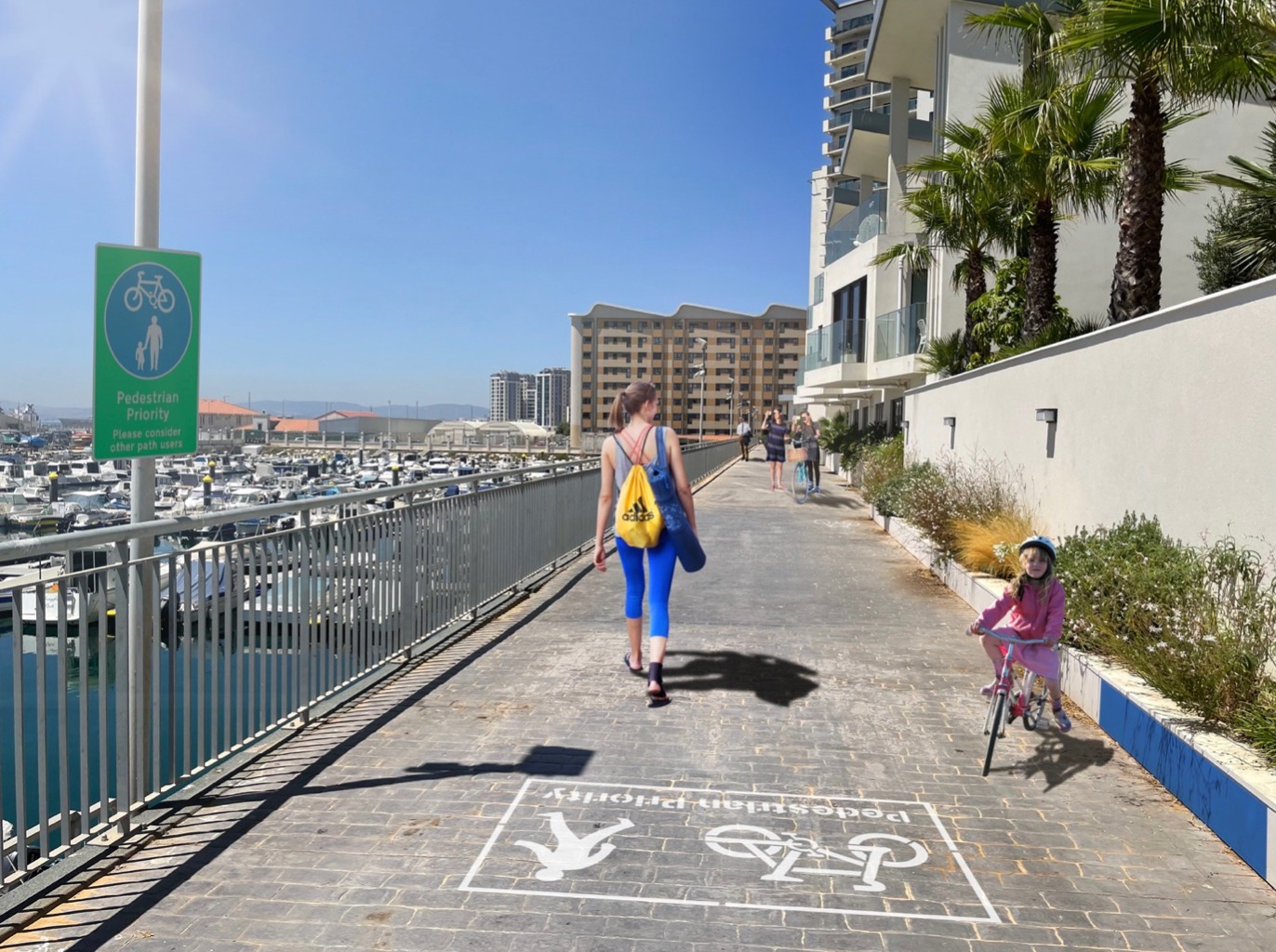 At a presentation yesterday morning, Transport Minister Paul Balban stressed that this was “a live plan” and work in progress, and that changes and tweaks were likely as officials assessed public reaction and use of the proposed infrastructure as it was rolled out.

Gibraltar has one of the highest levels of vehicle ownership in the world – there are 43,264 registered vehicles of one form or another, in a community of 32,194 people according to the last census in 2012 – and Mr Balban acknowledged there would likely be resistance to elements of the plan.

Installing cycle and pedestrian infrastructure in some parts of the network will inevitably lead to the loss or relocation of some street parking spaces, though officials did not provide overall figures at this stage. 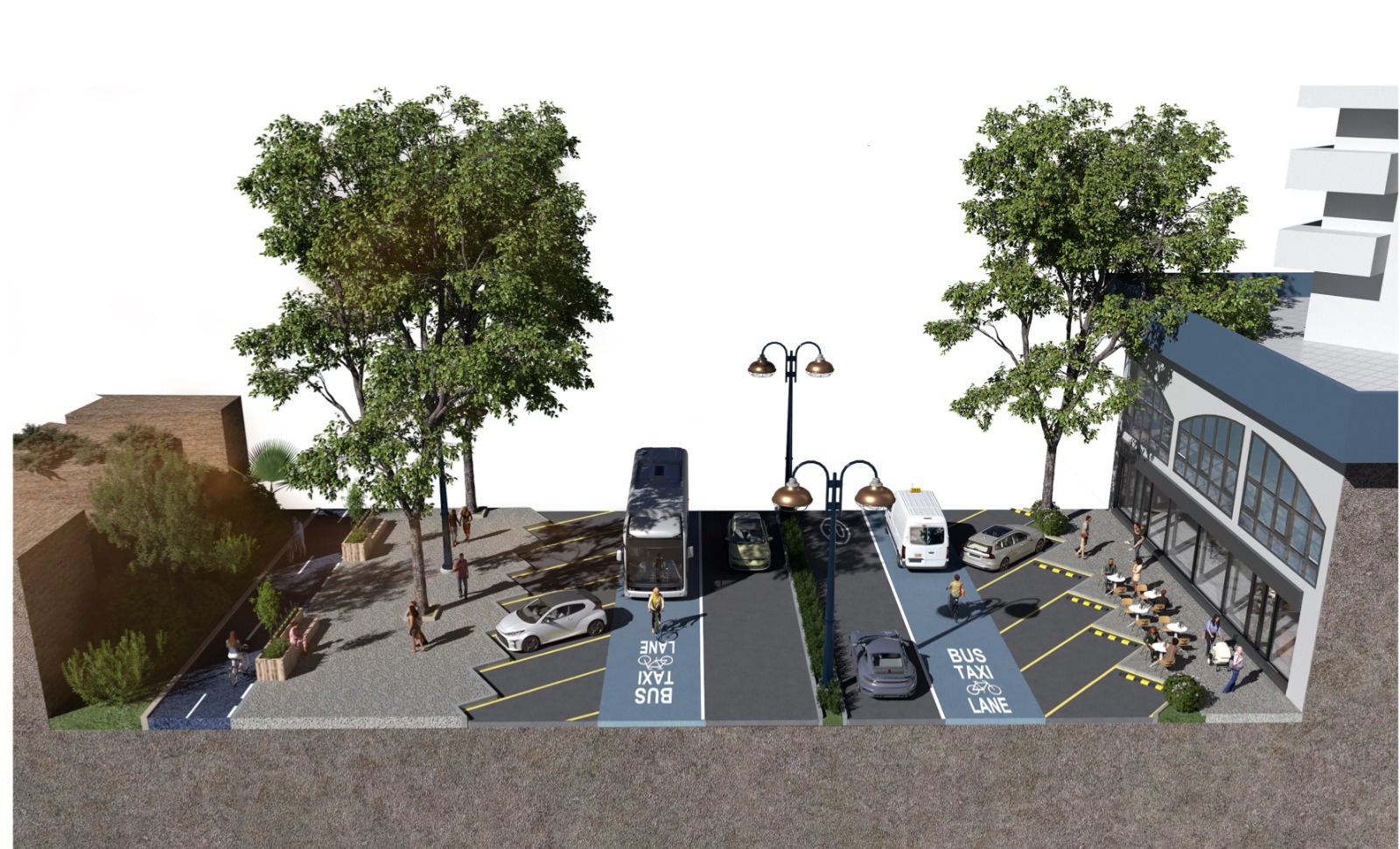 But Mr Balban was clear that the intention behind the proposal was to offer safe alternatives and choice, not create hurdles for those who prefer to use their vehicles.

“This is not about saying we don’t want the car and we only want people to walk or cycle,” he said.

“This is about giving people the choice.” 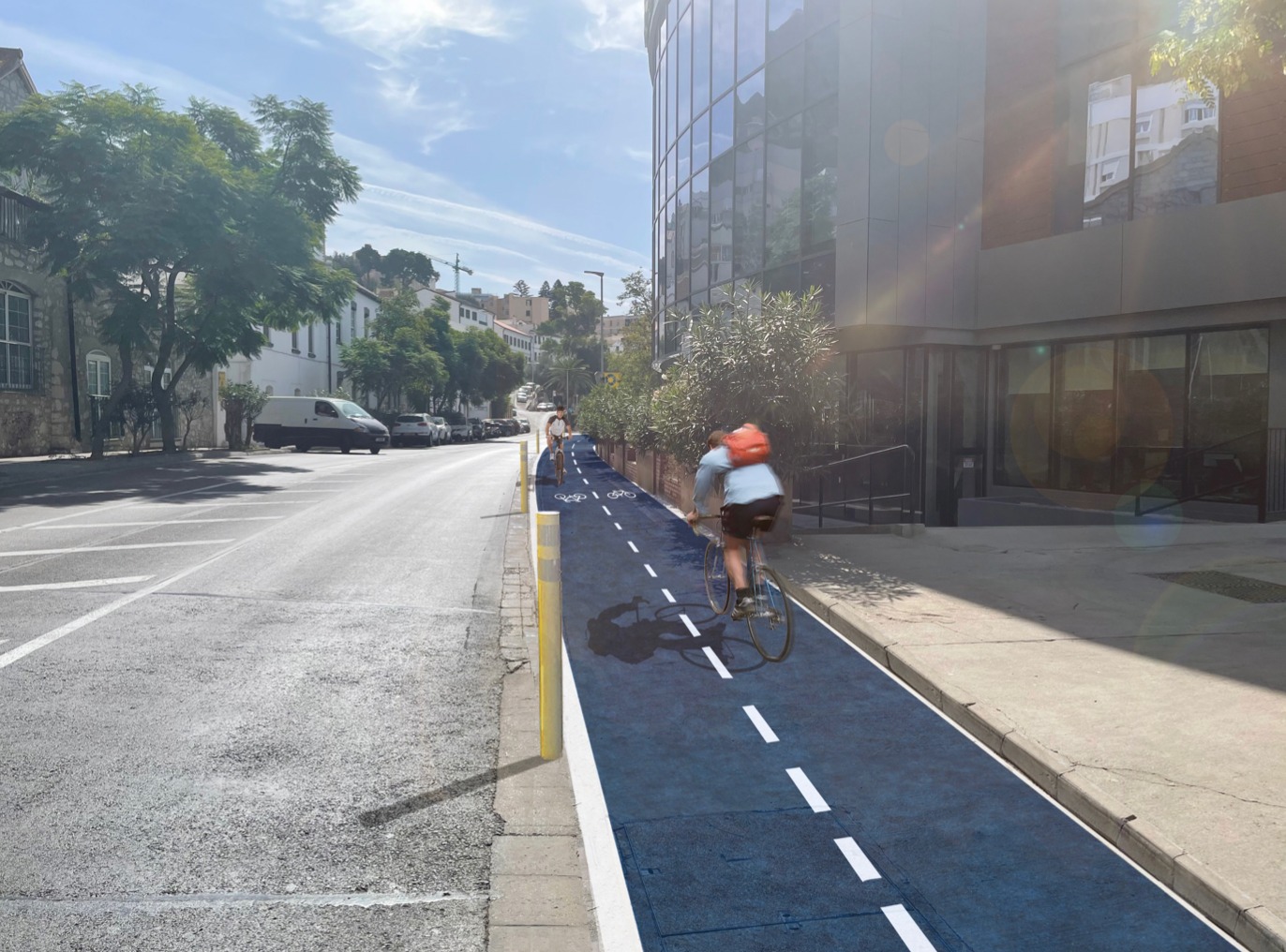 But “there will be change,” he added.

“We do need to break some eggs if we are going to make this omelette for the future.”

“I hope people will embrace that change.”

“We need to put walking and cycling at the heart of transport policy.”

The first cycle lanes could be installed on a temporary basis within weeks, primarily with a view to test how they work in practice.

A “pop up” cycle lane will be implemented on Bayside Road and Glacis Road from the Sundial roundabout to the Waterport roundabout.

That will provide officials with real-world data on usage and public reaction. 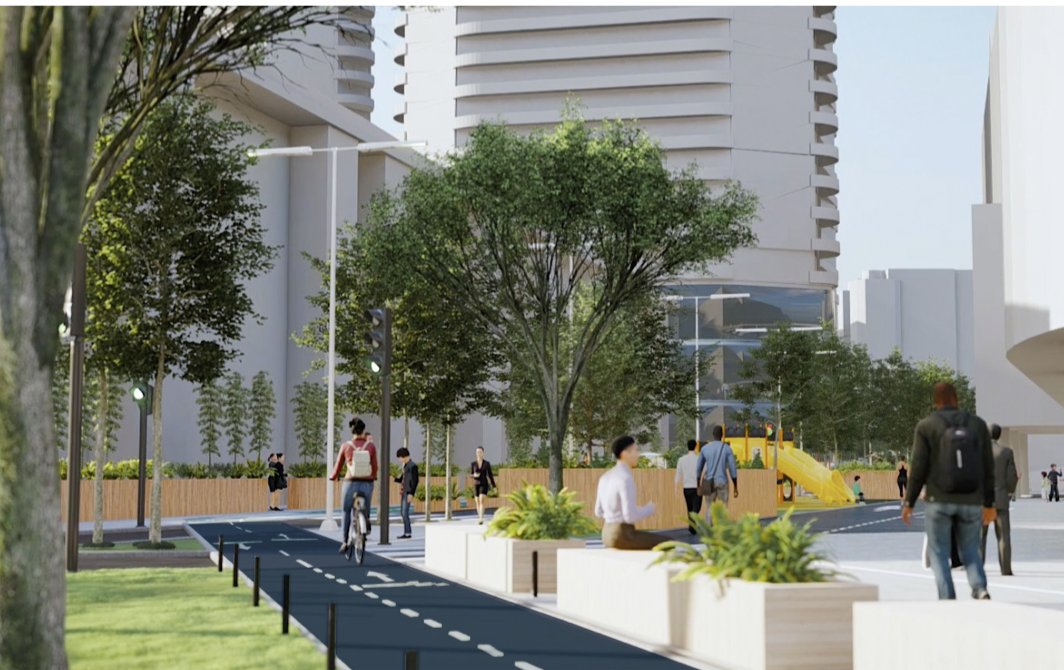 This first cycle lane along Bayside Road will lead to the loss of approximately 15 parking spaces, though these are mostly “free unrestricted parking bays” mainly used by foreign registered vehicles and not residents of nearby housing estates.

Surveys by transport officials indicated too that there is ample ‘pay as you go’ parking available nearby to serve the needs of the public and those who require access to facilities in the area.

“Until we see cyclists on these lanes and pedestrians on these footpaths, we won’t know if this works,” Mr Balban said.

Other elements of the plan, including those involving bike routes on “quiet roads” and shared spaces such as the walkway behind King’s Wharf and La Bateria, are in effect already in place.

Dr Liesl Mesilio-Torres, the chief scientist and chief executive officer at the Department of the Environment, said a key element of the strategy was about education and awareness of different transportation options in Gibraltar.

She said too that a joint approach across all government departments was crucial to the success of the scheme, which within the context of the wider climate change strategy was critical to every sector of the community. 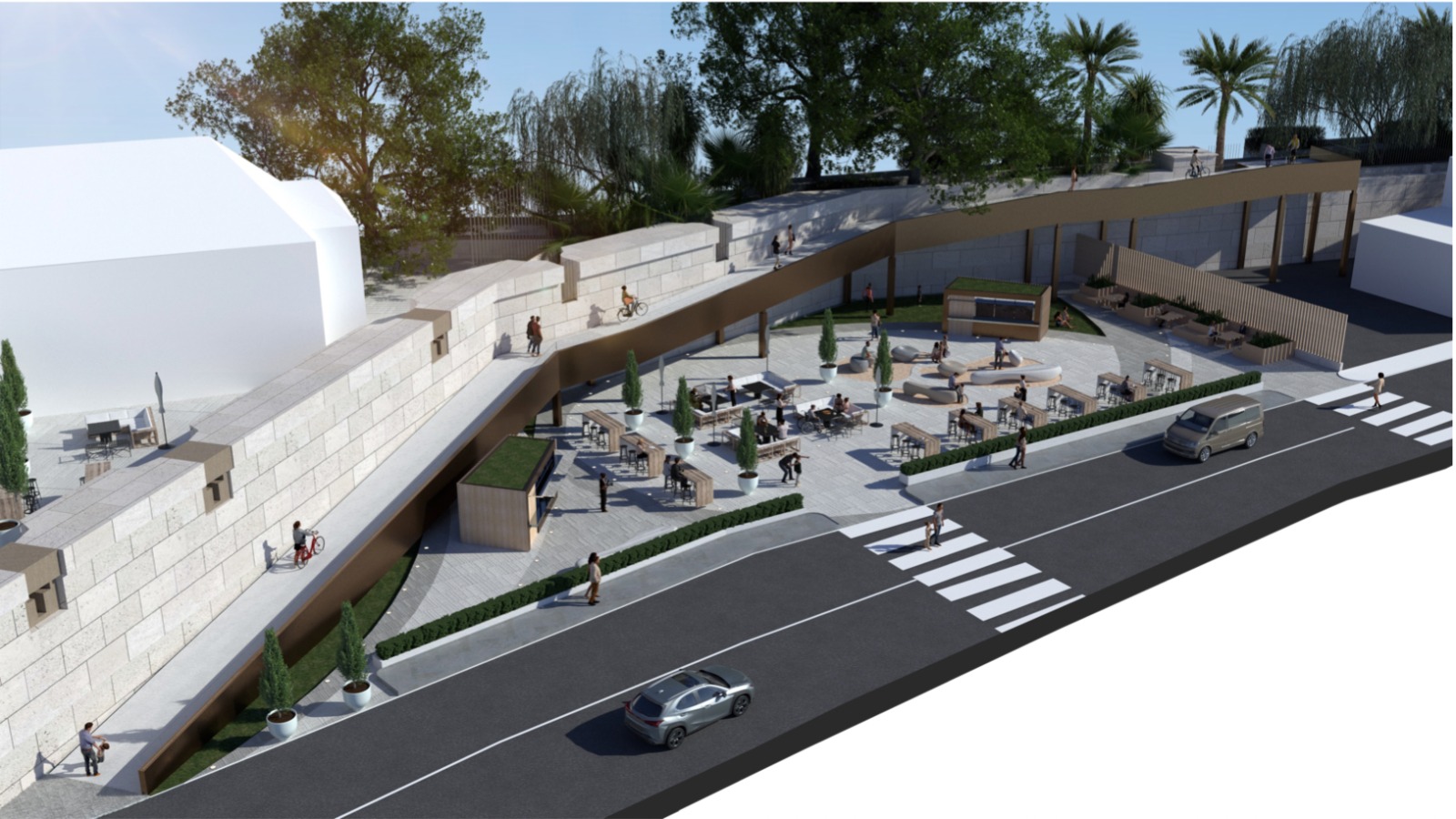 The plan, which together with designs and maps runs to over 200 pages, will be rolled out in phases and the documents published on Tuesday include conceptual designs allowing scaling as attitudes to transportation change.

Ahead of publication the Ministry of Transport undertook targeted stakeholder consultation and discussed and shared the documents with the Opposition, which broadly welcomed the plans albeit with the caveat that it would have to scrutinise the roll-out in detail as and when it happens.

Mr Balban hoped a cross-party approach could be agreed for the strategy to ensure its success over a period of years, irrespective of who is in government. 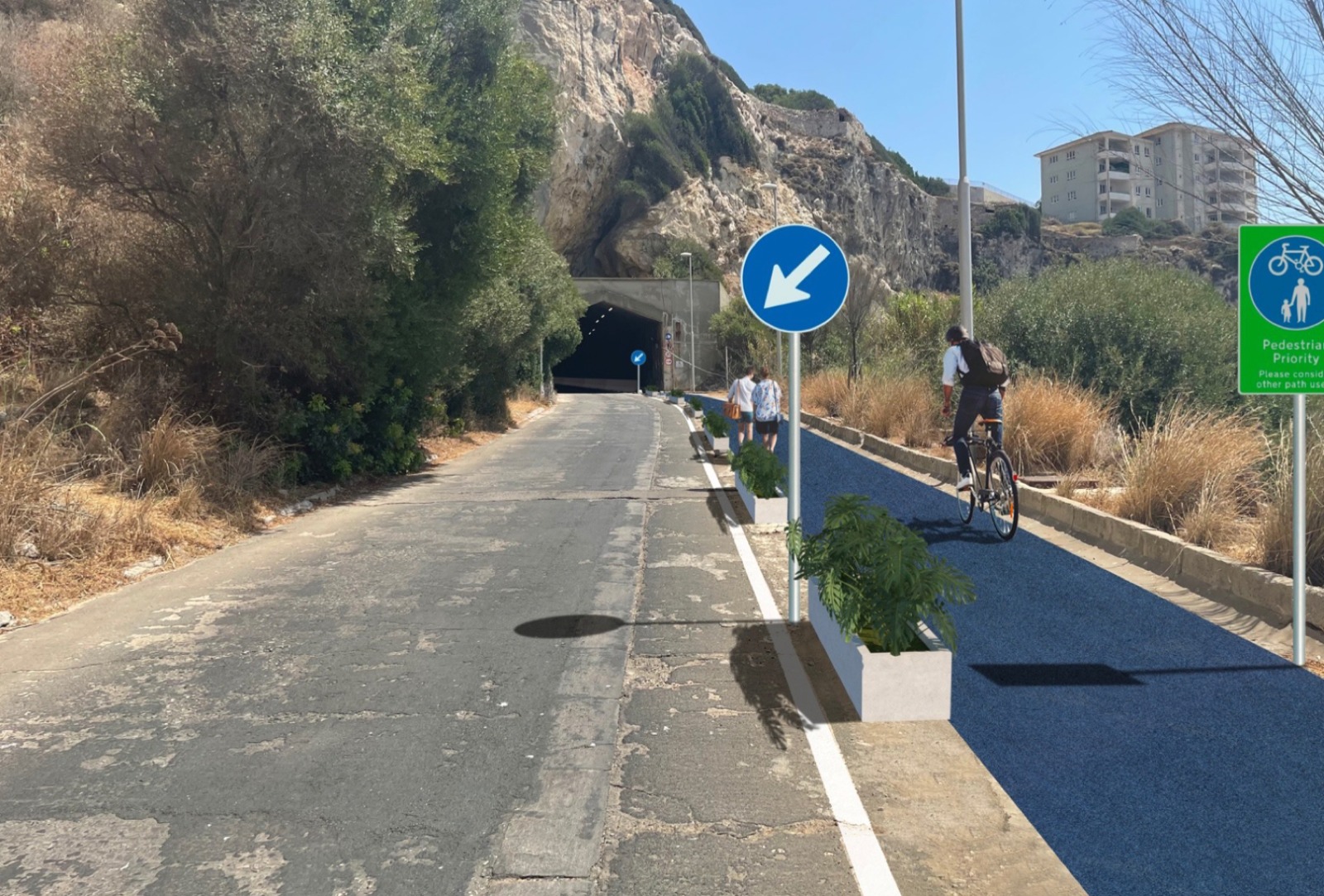 “Our sustainable Active Travel Strategy makes better use of our urban space providing more opportunities for people to meet, socialise, walk and cycle safely,” he said.

“The launch of these consultation documents will provide the seeds that will give birth to the ‘cycle lane’ in Gibraltar and will also provide the community with better, safer, healthier and environmentally greener surroundings to enjoy.”

The document published on Tuesday is intended to sit within the auspices of Town Planning and the forthcoming Development Plan.

It will serve as a reference for the community as a whole, laying down expectations for architects, developers and planners to ensure future developments reflect “a healthy, sustainable and green way of thinking”. 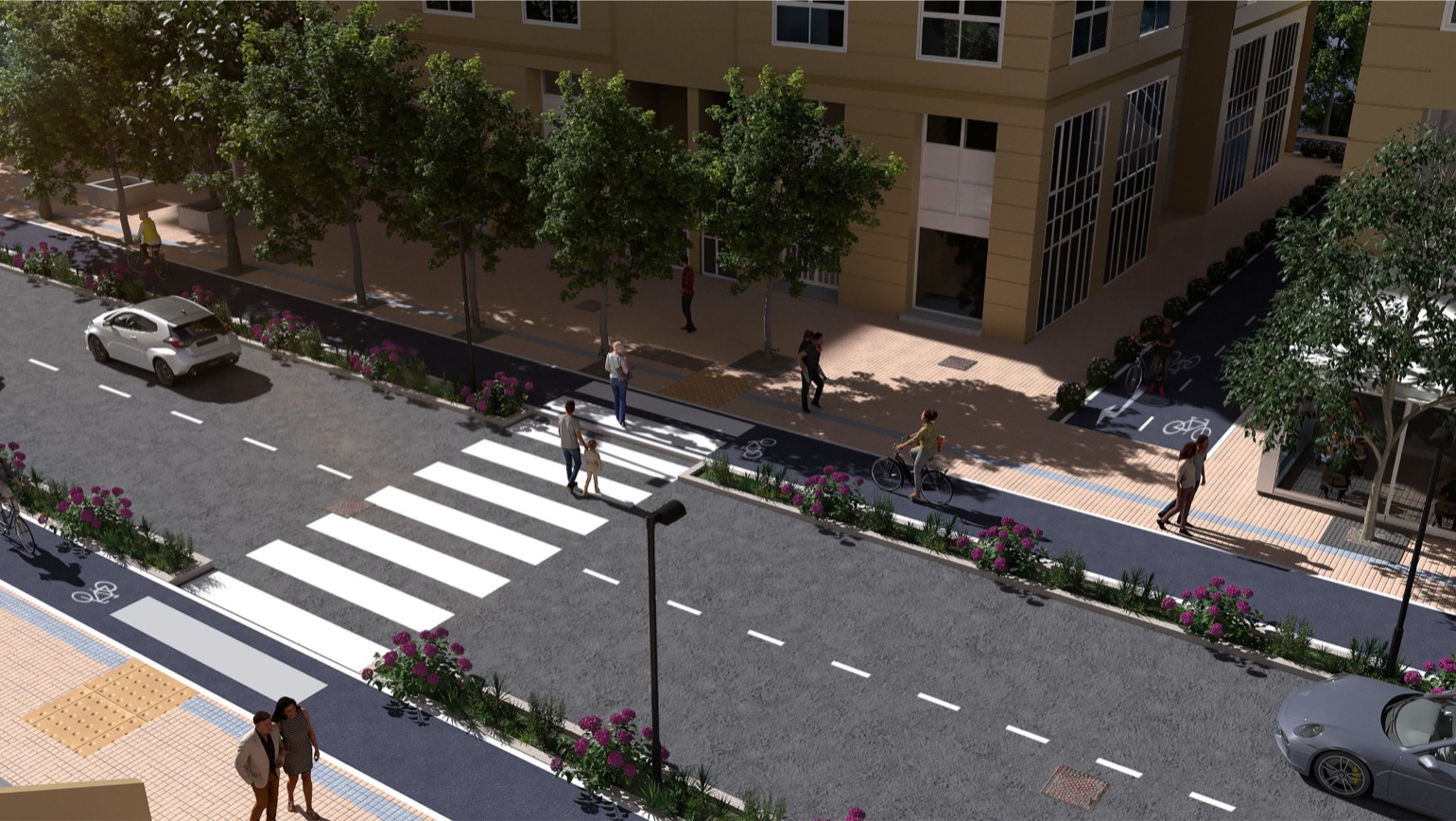 The Ministry of Transport will also be submitting the strategy to the Development and Planning Commission for its views and comments.

Although some concept designs have been engineered to a high degree, others are still artistic impressions which will require further design work before being finalised.

The Sustainable Urban Mobility Plan, which includes detailed maps of the proposed routes, can be accessed here.

The map for proposed "wayfinding" signs can be viewed here.

The Government welcomes feedback on the contents of the strategy.

A bespoke e-mail has been set up for this purpose: activetravelcomments@gibraltar.gov.gi