An ancient murder mystery shines a spotlight on Suffolk

By Ed Elliot
“It’s believed the body may lie beneath the old tennis courts,” states John Saunders. “The truth of where he is or whether he will ever be recovered is difficult.”

John may be a former police officer, but this is far from a routine missing person case.

Weaving between medieval ruins and flowerbeds in the tranquil Abbey Gardens of Bury St Edmunds, we are on the trail of the man who gave his name to the town following his brutal murder more than a thousand years ago.

Edmund, England’s first patron saint and king of East Anglia, was martyred in 869AD at the hands of rampaging Danish invaders for refusing to renounce his Christianity.

White-haired John has led tours of his hometown for the past three years and paints a grisly picture. “He was tied to a tree, peppered with arrows to the extent he apparently looked like a porcupine, and then beheaded,” he says.

“If we found him, it would eclipse Richard III, totally.”

This year marks 10 centuries since King Canute founded the now-desecrated abbey as a shrine to Edmund, and I am on a weekend pilgrimage to Suffolk as part of the anniversary. 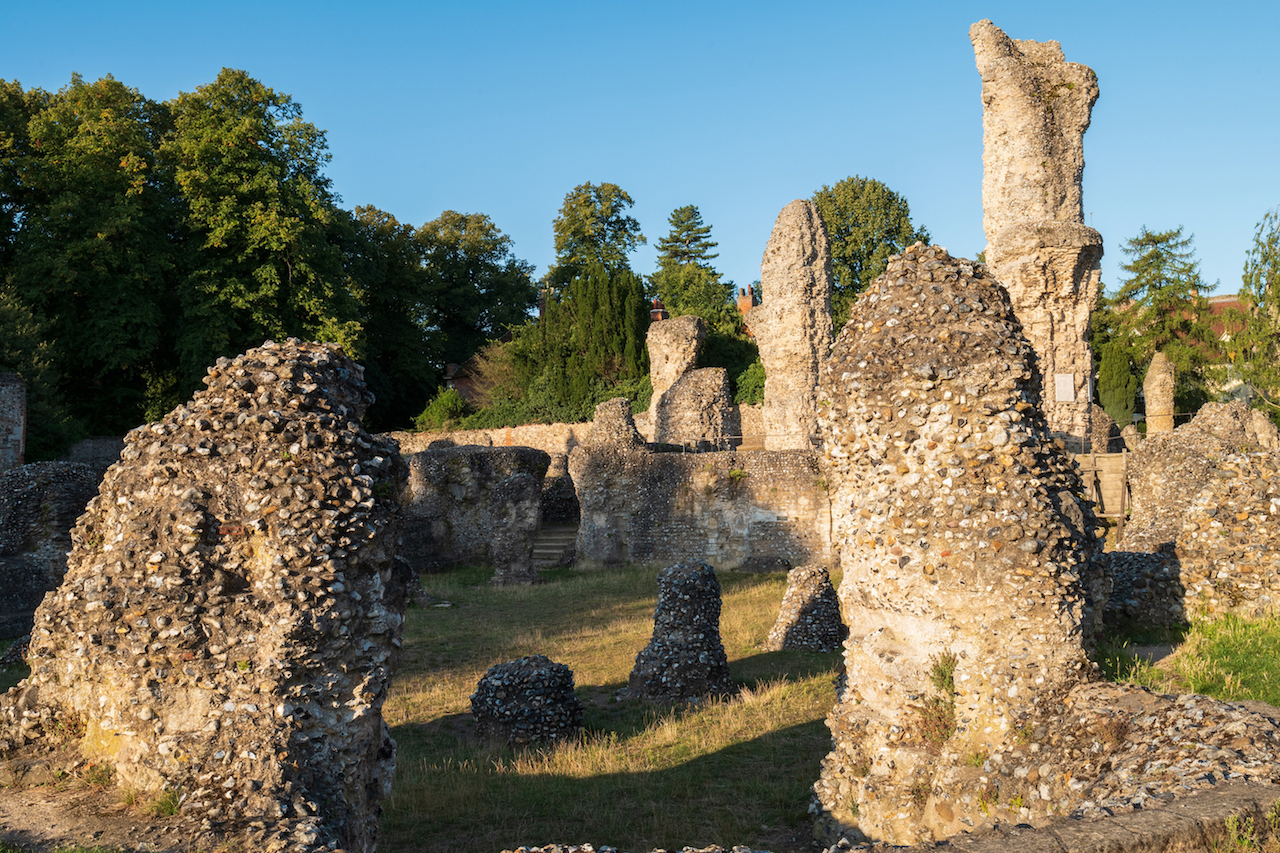 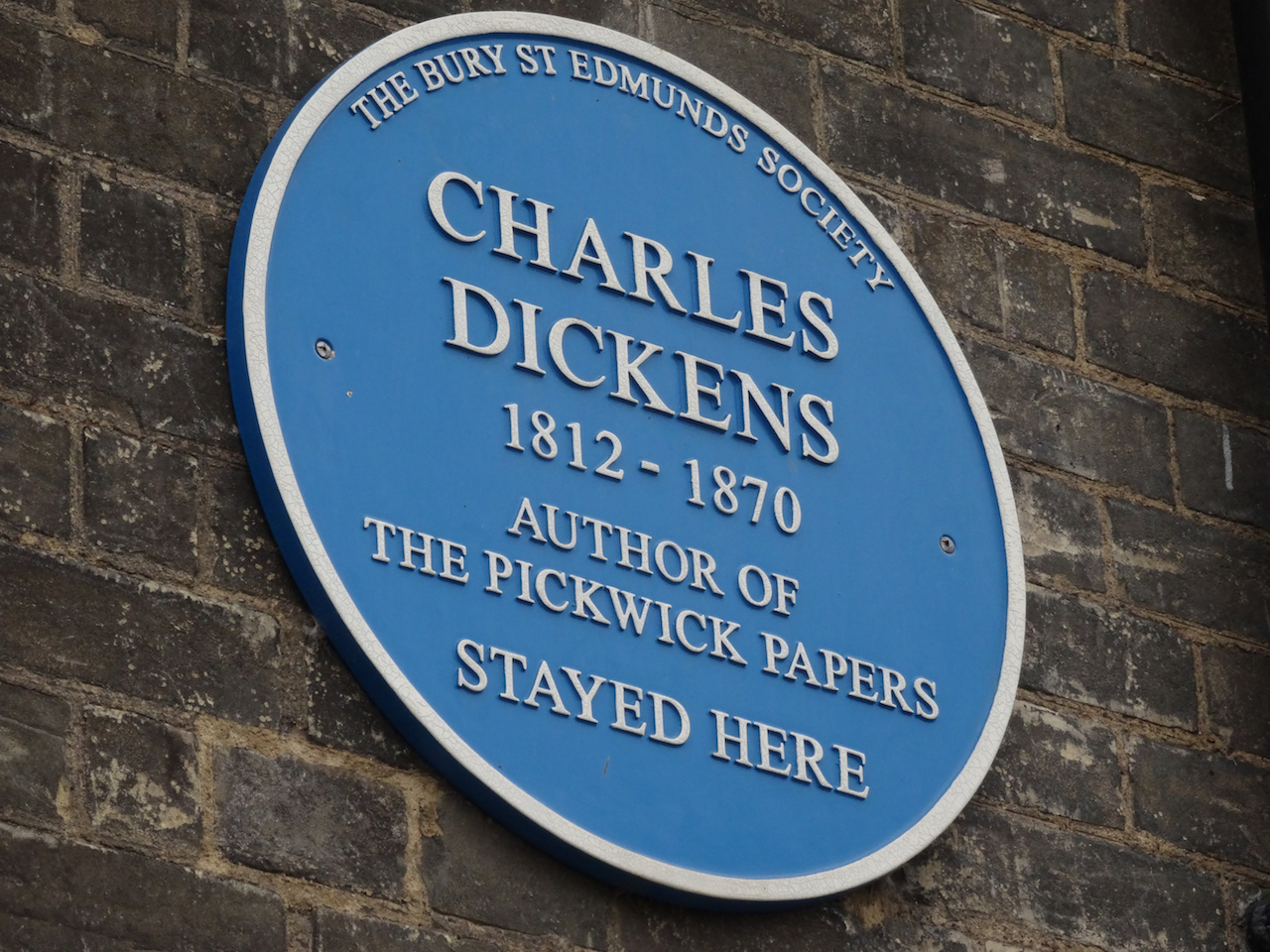 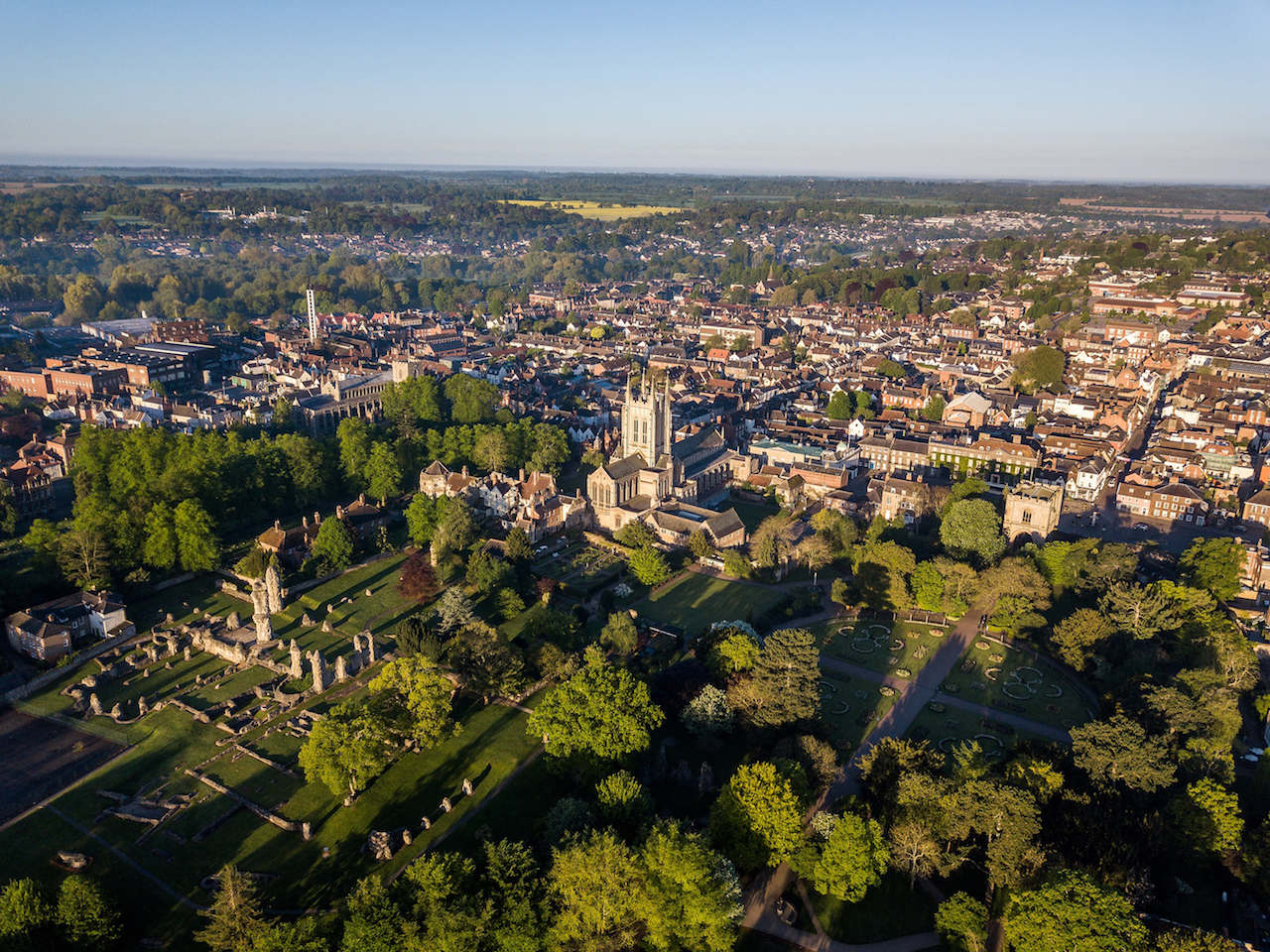 While Richard III, the last Plantagenet monarch, was remarkably discovered more than 500 years after his death under a Leicester car park in 2012, mystery surrounds the final resting place of Anglo-Saxon King Edmund.

His skeleton was guarded by Benedictine monks until the vast abbey – among the largest in Europe – was ransacked in 1539 on the orders of Henry VIII during the dissolution of the monasteries.

I am told an unremarkable expanse of grass in front of us could hold the key to the riddle. Surrounded by temporary metal fencing, it is a former monks’ graveyard which, until early this year, was covered by the crumbling tennis courts John refers to. “The reason Edmund could have been put there is because when the (royal) commissioners came here, the monks would have hastily moved him into their burial ground,” he explains. “There’s some logic in that thinking.”

Ironically, Edmund is also the patron saint of pandemics. A series of celebratory events to commemorate the abbey’s landmark occasion – dubbed ‘Abbey 1000’ and scheduled to start on St Edmund’s Day on November 20 – have been postponed until 2021 due to the coronavirus outbreak.

John’s multicoloured face covering is a constant reminder of the chaos caused by Covid-19. But Bury is determined to recover, emphasised by numerous signs declaring it ‘back open for business’.

I find one such message located in the charming heart of the town outside the grade II listed Angel Hotel.

Splendidly covered in green Virginia creeper, the former coaching inn was a favourite haunt of author Charles Dickens and is my luxurious home for a two-night stay.

A blue plaque, unveiled on the Victorian writer’s 200th birthday in 2012, provides a lasting legacy to his three visits, although it had to be temporarily removed when the Angel was used as a filming location for the 2019 film, The Personal History of David Copperfield.

I discover Dickens’ description of Bury – published in his 1836 debut novel, The Pickwick Papers – has stood the test of time. “The coach rattled through the well-paved streets of a handsome little town, of thriving and cleanly appearance, and stopped before a large inn situated in a wide open street, nearly facing the old abbey,” he wrote. “And this,” said Mr. Pickwick, looking up, “is the Angel! We alight here.”

Adjacent to the historic hotel is The Athenaeum, where the likes of Dickens, William Makepeace Thackeray and Oscar Wilde gave readings, while opposite is the imposing abbey gate. Complete with modern portcullis, it leads to manicured gardens and is one of two remaining gate towers, albeit having been completely rebuilt following a destructive rebellion from disgruntled townspeople in 1320.

St Edmundsbury Cathedral looms large over Angel Hill and dominates the view from my bedroom window. A little further down the road is the Greene King brewery, while at St Mary’s Church I see the modest tomb of Mary Tudor, Henry VIII’s younger sister.

After a brief spell as queen consort of France, the Duke of Suffolk became Mary’s second husband in 1515. Her body was moved from the abbey to the church around the time Edmund’s disappeared.

Arrivals from overseas may have led to Edmund’s demise, but they have also created one of the region’s premier culinary attractions. French restaurant Maison Bleue is a stone’s throw from Bury’s 12th-century Norman Tower, the other remaining abbey gate.

It has repeatedly been named among Britain’s top 10 fine dining establishments in TripAdvisor’s travellers’ choice awards. Based on my memorable evening visit, understandably so.

Breton couple Karine and Pascal Canevet have run the restaurant for the past 22 years and recently reopened having run a ‘collect and dine’ service during lockdown.

Given plenty to digest on day one, I visit Moyse’s Hall Museum the following day seeking to further my knowledge of the compact market town formerly known as Beodricsworth.

A short walk from the Angel takes me to the Pillar of Salt – erected in 1935 and thought to be the country’s first internally-illuminated road sign – past the masked shoppers of Abbeygate Street, and outside The Nutshell, Britain’s smallest pub with a bar measuring just 15 feet by seven.

Housed inside a medieval building in the marketplace, Moyse’s Hall first opened as a museum in 1899 and requires around an hour to explore.

The attraction details the lives of Mary – after whom the Tudor warship the Mary Rose is believed to have been named – and Edmund. Another exhibit features the gruesome Red Barn Murder of 1827, complete with a grisly book bound with the skin of Suffolk killer William Corder, who was dissected after his trip to the gallows.

On the subject of execution, I find a legendary tale relating to Edmund’s death. With his lifeless body remaining tethered to a tree, folklore suggests his missing severed head was retrieved after a guardian wolf guided his followers by repeating ‘hic, hic, hic’, Latin for ‘here, here, here’.

Assistance from another ethereal creature would undoubtedly be most welcome for the modern-day search. Excavation work is likely to be extremely expensive, while the use of LiDAR technology – light, detection and ranging – is being considered.

“I don’t think it’s going to happen but it’s a lovely story,” concedes John. “But I don’t want to be negative. We’ve got to encourage people to come here with buckets and spades and try. Abbey 1000 has rekindled the desire to do something about it.”

The exact location of Edmund may well prove elusive. Nevertheless, the quaint town that proudly bears his name is back open for business and has a wealth of history to unearth.
(PA)