Recipient of the Gibraltar Medallion of Distinction.

I had prepared my father’s obituary months back, shortly after his passing, but with the Covid pandemic and the disruption it has caused all of our lives, I omitted to submit it for publication. However, Alice Mascarenhas’ Saturday column, ‘Alice’s table’ in respect of my friend Toby Tobelem and in which she says he was often referred to as ‘Mr Rock Hotel’ has prompted me to rectify my omission and proceed to publish. Anyone who deserves that accolade was, as I am sure Mr Tobelem will himself agree, the one and only Jimmy Bossino. 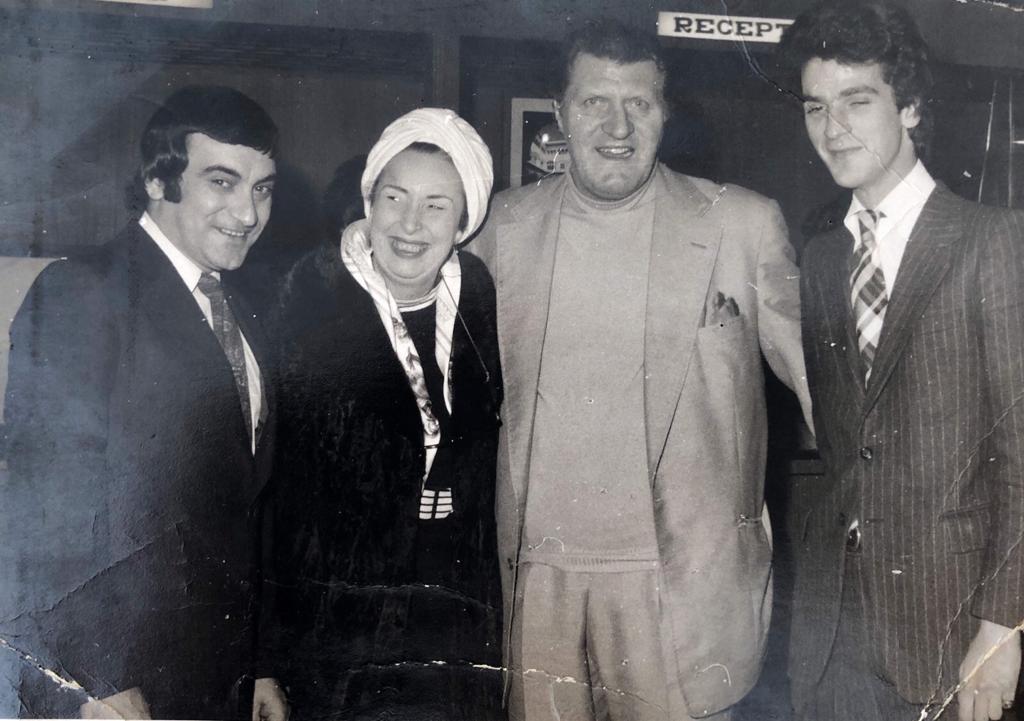 There are two things which stand out when James Bossino is mentioned and they are – ‘Jaime the boxer’ and ‘Jimmy the manager of the Rock Hotel’.

‘James’, ‘Jimmy’, ‘Jaime’ (you see given depending on who you spoke to and in the context in which they knew him, he was referred to in different ways), was of modest beginnings. His first home was at Flat Bastion road (a.k.a ‘La Cuesta de Mister Bon’) where, as was common in those days, he lived in a small tenement with his beloved mother Irene Galliano, Vicente his father, his aunt and siblings Janet, Plinio and the late Dennis. 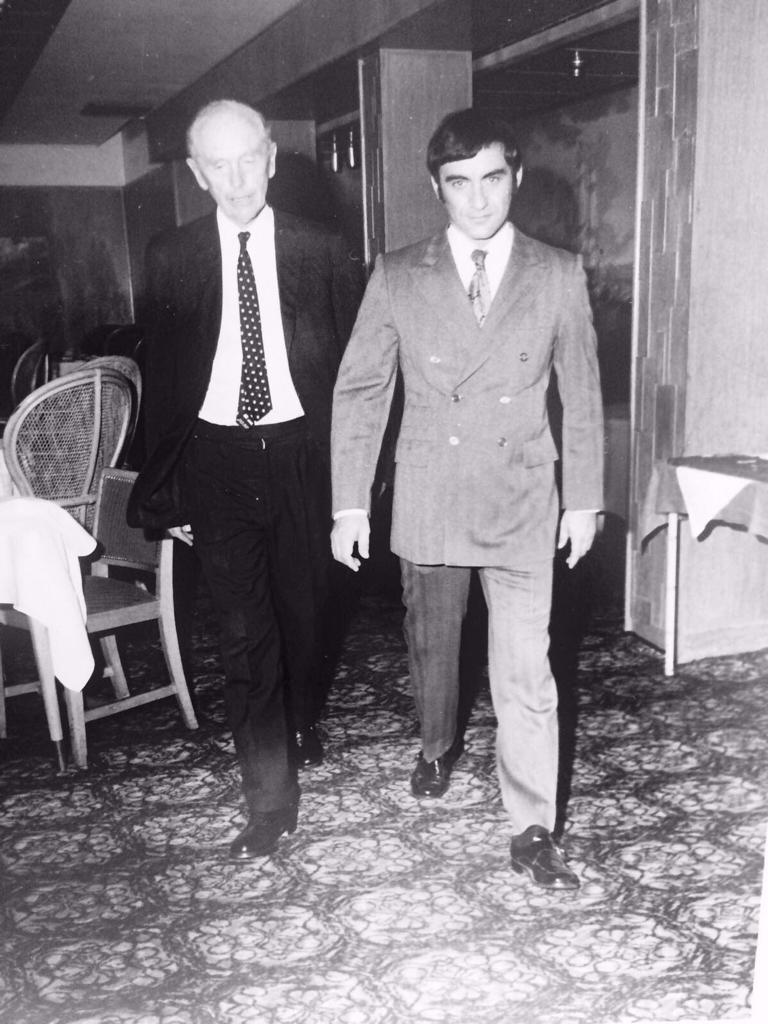 He passed his 11+ examinations which led him to the Grammar school but as was also common in those days, scholarships were of very limited availability and so a University course of study was not expected of successful students. Indeed, the expectation was that they should leave formal education when legally able to do so and obtain employment in the ‘real world’. It is clear that had James been born a generation later he would have undergone further education – very possibly as a lawyer, as he always showed an interest in that profession.

‘DANCER OF THE RING’

It was at the grammar school that he encountered boxing. James would often recall that his first fight was at 15 with the late Maurice Xiberras and that he was in fact beaten by him! He then pursued amateur boxing fighting mainly in Gibraltar and La Linea until he retired from the sport at the age of 28, when the demands of work and an ever-increasing family took centre stage in his life. Many of his generation still recall the elegance and grace with which he fought but was yet able to deliver the killer blow which very often lead him, fight after fight, to victory. In one of those matches he defeated the Olympic hope for Morocco whom he met, by chance and many years later in New York. Press cuttings of the time would refer to the young Jimmy Bossino as ‘the dancer of the ring’.

After leaving school at 15 he started on what would be one of the main focuses of his life – the Rock Hotel. He was of that last generation of hoteliers who had an intimate knowledge of all aspects of running an hotel from reception to house-keeping, to running a kitchen and waitering – primarily because he had worked in most of them. Other employment opportunities arose during his working life in the hotel sector, including in the UK and the US but he rejected all of them in favour of remaining at the Rock.

James was a born leader. He commanded respect, engendered enthusiasm and above all loyalty from his staff – many of whom still hail his name in his memory. Such were his undeniable qualities that he was promoted to the position of General Manager at the young age of 33. This was no mean feat in the Gibraltar of the early 70s, not least because he was the first (and youngest) Gibraltarian to attain the top managerial position in a hotel.

He then led the hotel through the very difficult economic and social siege that was the closed frontier period between 1969 and 1982/84. The successful steering of the institution that was the Rock Hotel, on what was a shoe string budget, was due largely to James’s tenacity and will. He recruited at the time the very loyal Moroccan workforce who deeply respected him and he them – some of his staff continue to work there.

During his long tenure (24 years as Manager and 41 years in total) he was able to meet many celebrities of the political and cultural spheres, ranging from British Prime Ministers such as Sir Alec Douglas-Home, Sir Anthony Eden, the 1970s and 80s comedy duo, the Two Ronnies, Sean Connery, Gloria Gaynor, Shirley Bassey and Tommy Cooper to name a few.

With his panache, elegance, charm and charisma, James was an effective ambassador for the Rock Hotel and more importantly, Gibraltar itself. He undertook all of this with natural and innate effortlessness. He set the standard with his deportment and satorial elegenace which was difficult to match.

Jimmy, who for much of his tenure as General Manager, lived ‘above the shop’ as he and his family were given accommodation in the hotel, was seen at all hours walking around the hotel keeping a close eye on every aspect of the functioning of the hotel to ensure a smooth running – his was a 24/7 commitment.

His undoubted skills and experience were put to good use outside of the Rock Hotel as a founding member of the UKGTA and post retirement when he assisted with the production of the Gibraltar Tourist Plan in the mid-90s. He was then appointed manager at the Cruise Terminal which he led for a number of years at the time of Joe Holliday’s tenure as Tourism Minister in the first GSD government. At the time, the Cruise liner industry was promoted as an important and new aspect of the local tourist product and James assisted, from his special vantage point and platform, in contributing to the considerable increase in the cruise ships calling at the port.

That was the last direct tourism related activity which he held but it was clear to anyone who spoke to him that the hospitality service was his thing and his passion. Indeed, the hotel and tourism became such a part of his DNA that in his twilight years, as a resident at Hillsides and despite his advanced dementia, he would continue to give instructions to his carers (treating them as hotel staff) regarding a particular function or prepare for a board meeting.

Thankfully, he received recognition for his work in tourism when he was awarded the Gibraltar Medallion of Distinction by the Gibraltar Parliament in 2015.

James Bossino was a character and a half who will be sorely missed walking down Main Street immaculately attired in one of his large collection of hats.

He is survived by his wife Marie Carmen, his children, grand-children and great-grand child, all of whom he was immensely proud of.