The "ghostly outlines" of a woman who died around 1,400 years ago have been discovered in the Highlands.

Archaeologists excavating near Muir of Ord on the Black Isle found the partially preserved Pictish remains on the final day of a three-week project.

Dark patches revealed the stains of a skeleton that has been broken down in acidic soil of the ancient grave.

Steve Birch, archaeological supervisor at the site, said: "After I found some blackened patches in the ground I decided to trowel back at that level and to my astonishment, the ghostly outlines of a skeleton started to appear.

"I was able to identify the spinal column with individual vertebrae and then moving up the body I uncovered the upper arms and shoulders, all of which were just black stains in the ground.

"Eventually almost the whole outline of the skeleton could be seen, surrounded by the faint shadow of a coffin.

"I have been an archaeologist for a long time and have made some important discoveries but this was a real eureka moment for me."

The excavation is at one of the largest Pictish cemeteries in Scotland and placed in the ancient confederation's province of Fortriu. 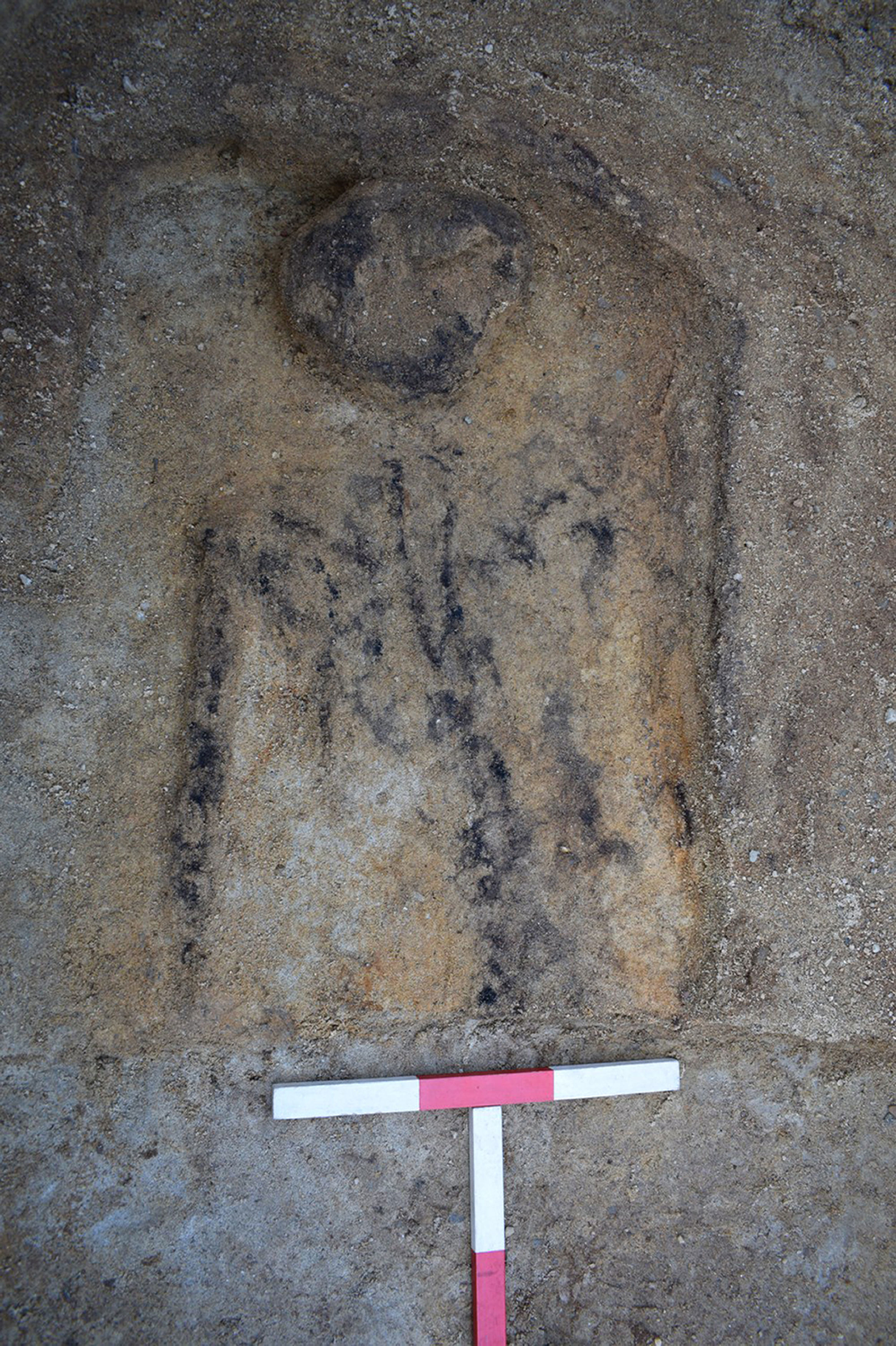 Aerial photographs showed the outline of the ditches enclosing circular and square barrows of different sizes, with the skeleton within one of the large square enclosures.

Archaeologists said it may be difficult to assign a sex to the skeleton but it is thought to be a female.

The Picts were a matrilineal society and a woman of high status could have been buried in such a manner.

Gordon Noble, adviser on the excavation, said: "The discovery of human remains within one of the barrows is a particularly exciting result for it may help date one monument of the cemetery and tell us more about the individual buried within the grave.

"Very few of these cemeteries have been excavated so projects like us have much to tell us about the ways in which the Picts buried their dead."

It is hoped the skull remains - described as being similar to a fossil - will give some further information about the deceased person.

Isotope analysis of the enamel of any teeth can help reveal where they grew up and what kind of diet they enjoyed.