Around the Rock walk for World Stroke Awareness Day

This Saturday on World Stroke Awareness Day Wesley Warwick will walk around the Rock to raise awareness of the medical condition that he suffered when he had as ischemic stroke in 2020 at the age of 25.

The stroke left him with damage to the left side of his brain with affects the right side of his body and other elements such as recalling words for what he wants to say or comprehension of numbers.

Mr Warwick has worked hard on his rehabilitation and has since regained or improved on some of the elements he lost.

He decided to carry out the immense challenge of walking around the Rock, approximately 10km, after being inspired by his father, Wayne, who recently returned from having successfully completed the London marathon where he too raised awareness for the medical condition.

Seeing his father there made him want to do the challenge.

The furthest he has recently walked was five km and this took him nearly two hours. Wesley knows the pace will be slow and the hills both up and down will be a challenge, but he refuses to be put off by this or even doubt his capability to do it.

Dressed in purple, the colour of stroke awareness, he will be joined on the day by Wayne, family, Buster his dog and friends such as the well known face of both GBC Sports and stroke awareness John Shepherd.

“We invite anybody who wants to join us to come along. We got some people from the hospital hopefully joining us, some of these helpers in occupational therapist and physio to join us for some of it as well,” Wayne told the Chronicle.

Wesley is concerned people might find him too slow, so he is encouraging people to just join him for some part of it or even wave support as they go by.

He is aware that his feet will hurt, due to how he walks, but he is unfazed by this. 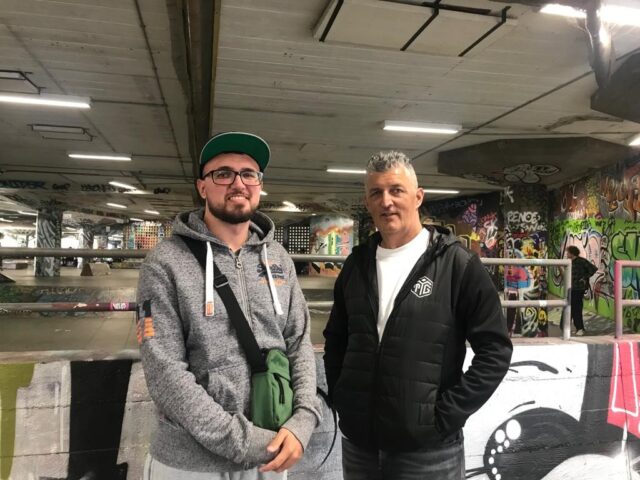 Wesley wants people to be aware that young people can get strokes.

Turning to his son, Wayne said: “We didn't think young people got strokes, did we? We thought it only affected old people.”

“It was a surprise him getting it. And we just want to make sure people are aware.”

Wayne explains that, for stroke victims, the main thing to remember is FAST, a trigger word that ensures a prompt response.

“S for speech, so can they speak or is it slurred?”

“And T for time because time is important. If you can get [medical care] within three hours, they can nearly reverse the effects of the stroke.”

“The longer it takes, the less chance there is to help them out.”

Wesley will leave Casemates at 10am, before making his way towards Winston Churchill Avenue and towards the Eastside.

His final leg of the walk around the Rock will take him up Main Street, where is asking for people to support him or even join in and wear purple if possible. 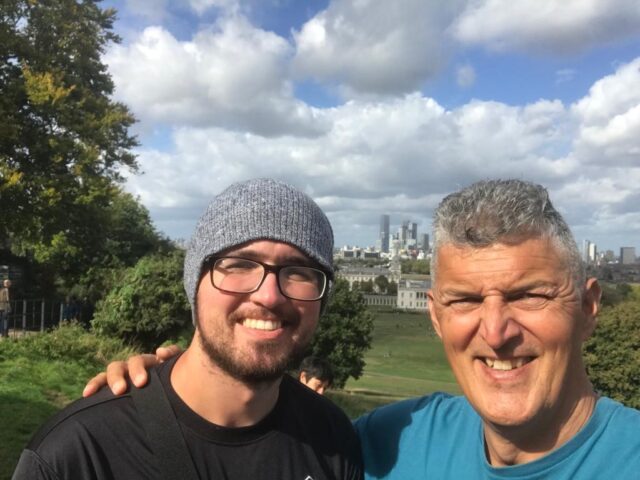