The Remembrance Sunday service at the Cenotaph. Justin Tallis/PA

Samantha Sacramento, the Minister for Health and Justice, represented Gibraltar at the Remembrance Sunday service at the Cenotaph in London.

Ms Sacramento was among a group of elected representatives from the UK Overseas Territories who laid wreaths during the service.

Members of the royal family and senior politicians led the nation in honouring the country’s war dead on Remembrance Sunday. 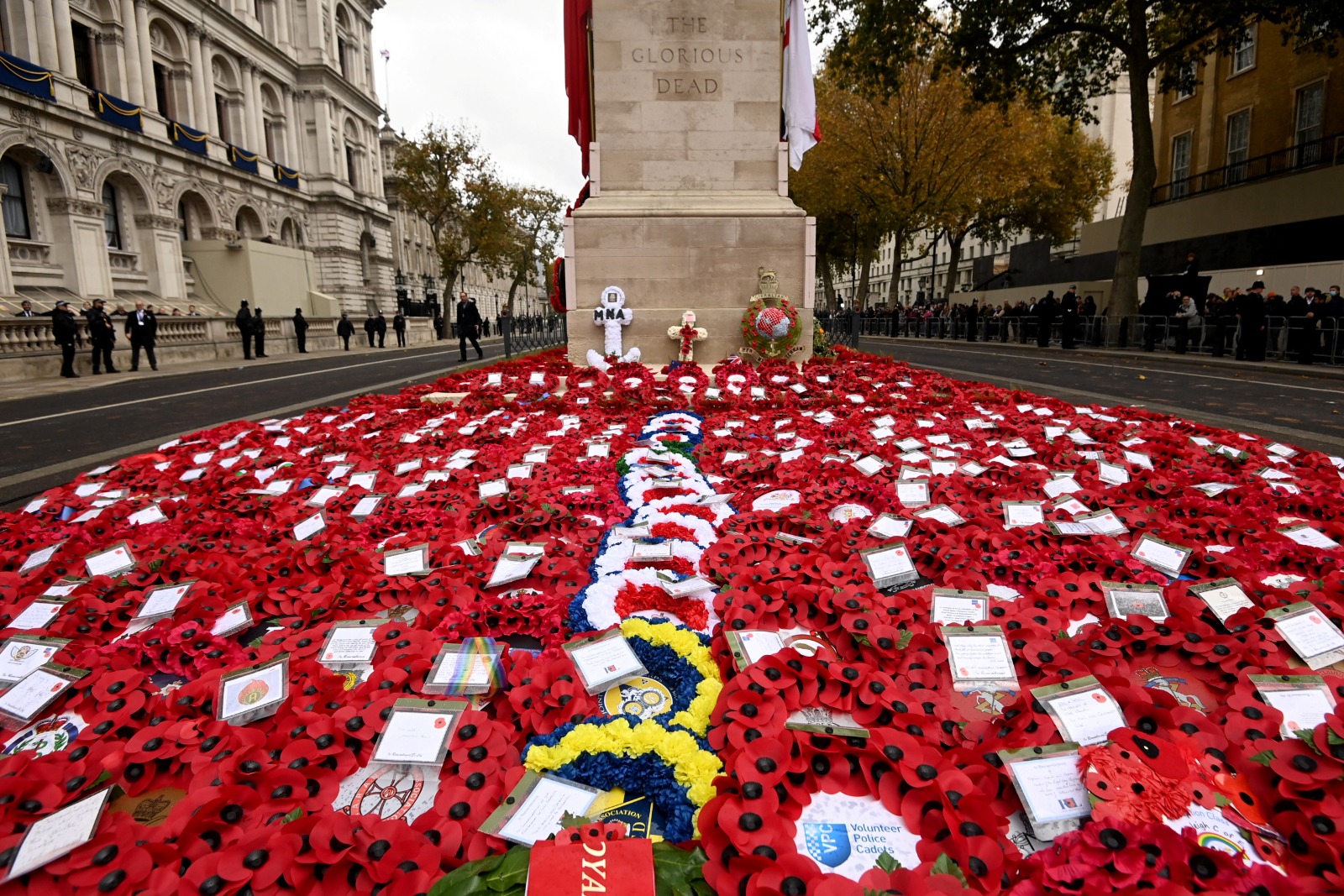 Buckingham Palace announced on Sunday morning that the Queen would be absent from the service at the Cenotaph in central London due to having sprained her back.

The event on Whitehall was given added poignancy by a return to pre-pandemic numbers of participating veterans and military, as well as onlookers.

The Prince of Wales and Prime Minister were among those laying a wreath at the war memorial for the National Service of Remembrance.

Boris Johnson, who appeared sombre as he laid a wreath, said it was a moment to “come together to remember those who sacrificed everything in service of our country”.

Only the rustling of leaves and the chirping of birds could be heard as thousands of people held the two-minute silence at 11am in honour of all those who have lost their lives in conflict.

In Gibraltar, a multi-denominational service was held at the British War Memorial on Line Wall Road at noon, coinciding with the London service. 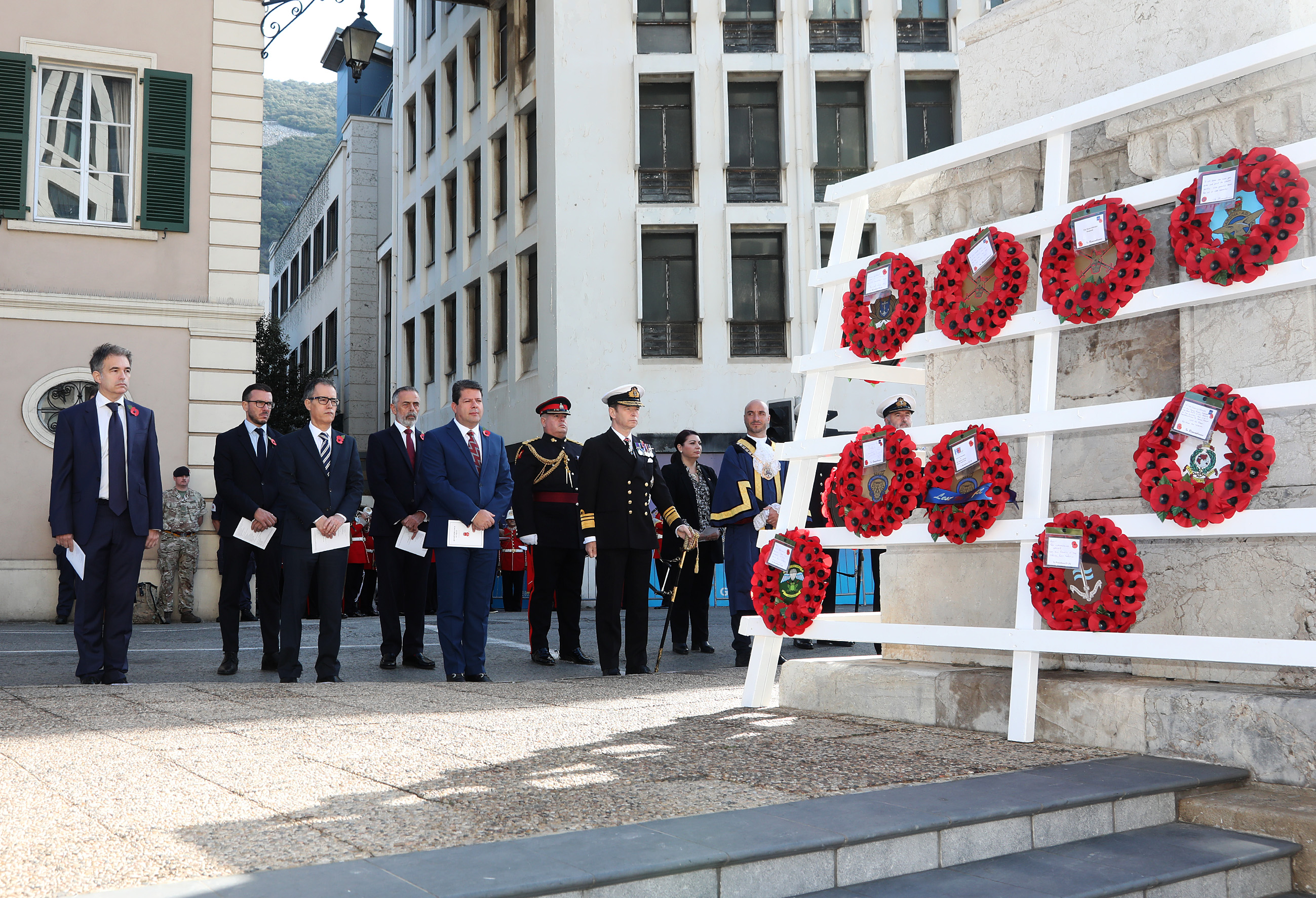 The service was organised by the Government of Gibraltar and was led by the Governor, Vice Admiral Sir David Steel, in his capacity as the Queen’s representative in Gibraltar. 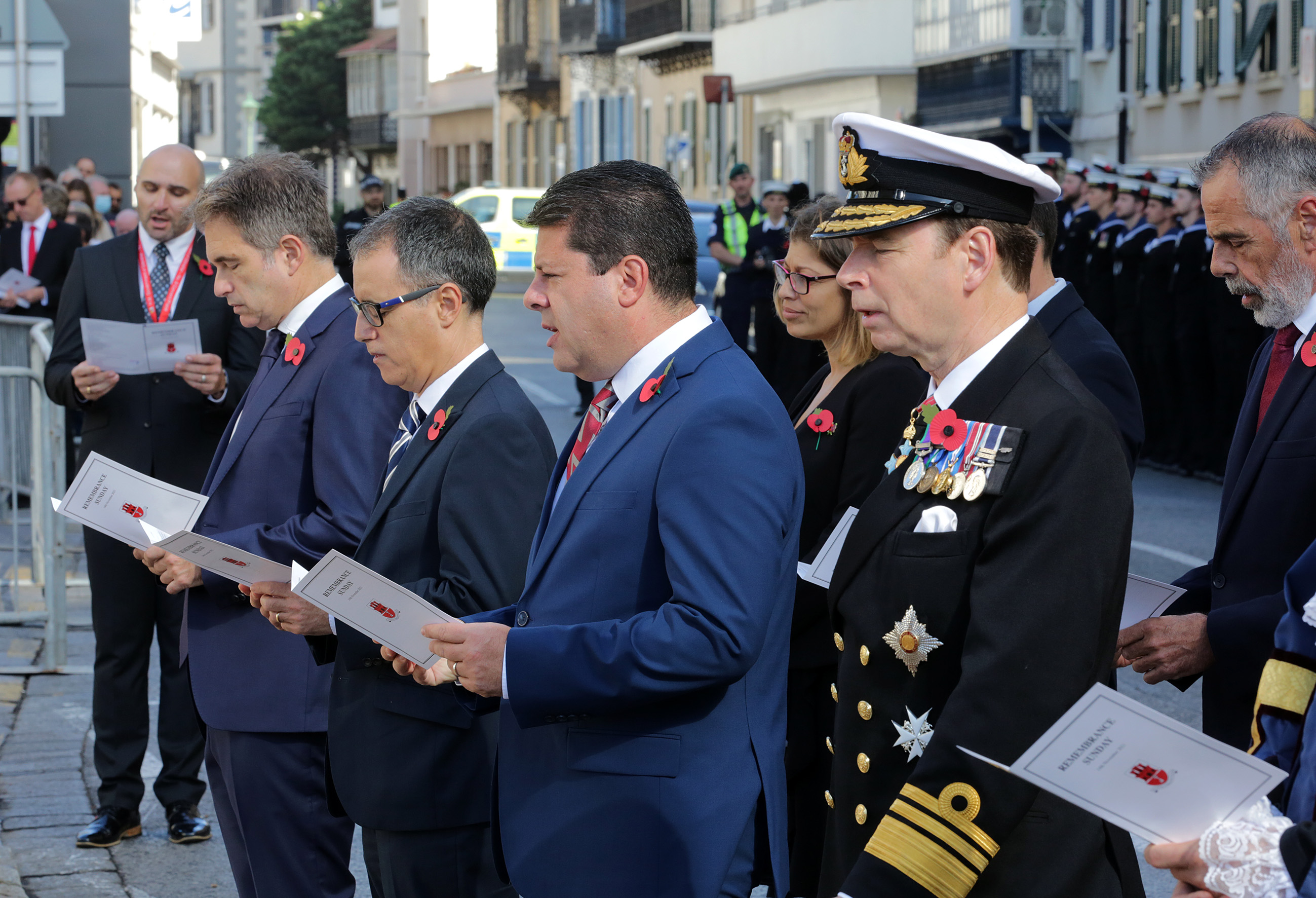 In the presence of service personnel and veterans, and watched by members of the public. a two-minute silence was observed signalled by a saluting gun and the sounding of the Last Post. 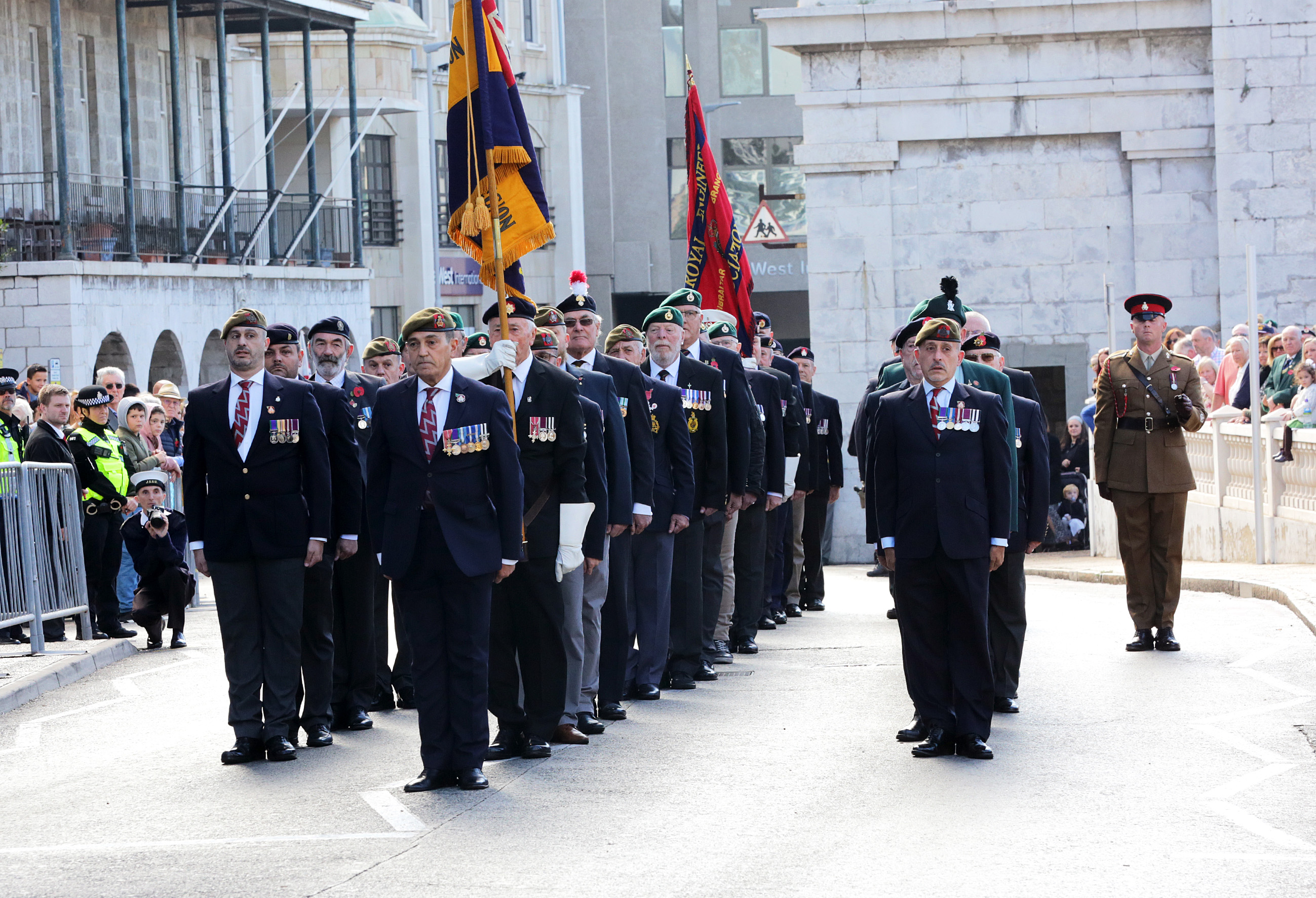 Wreaths were laid and the ceremony concluded with the national anthem. 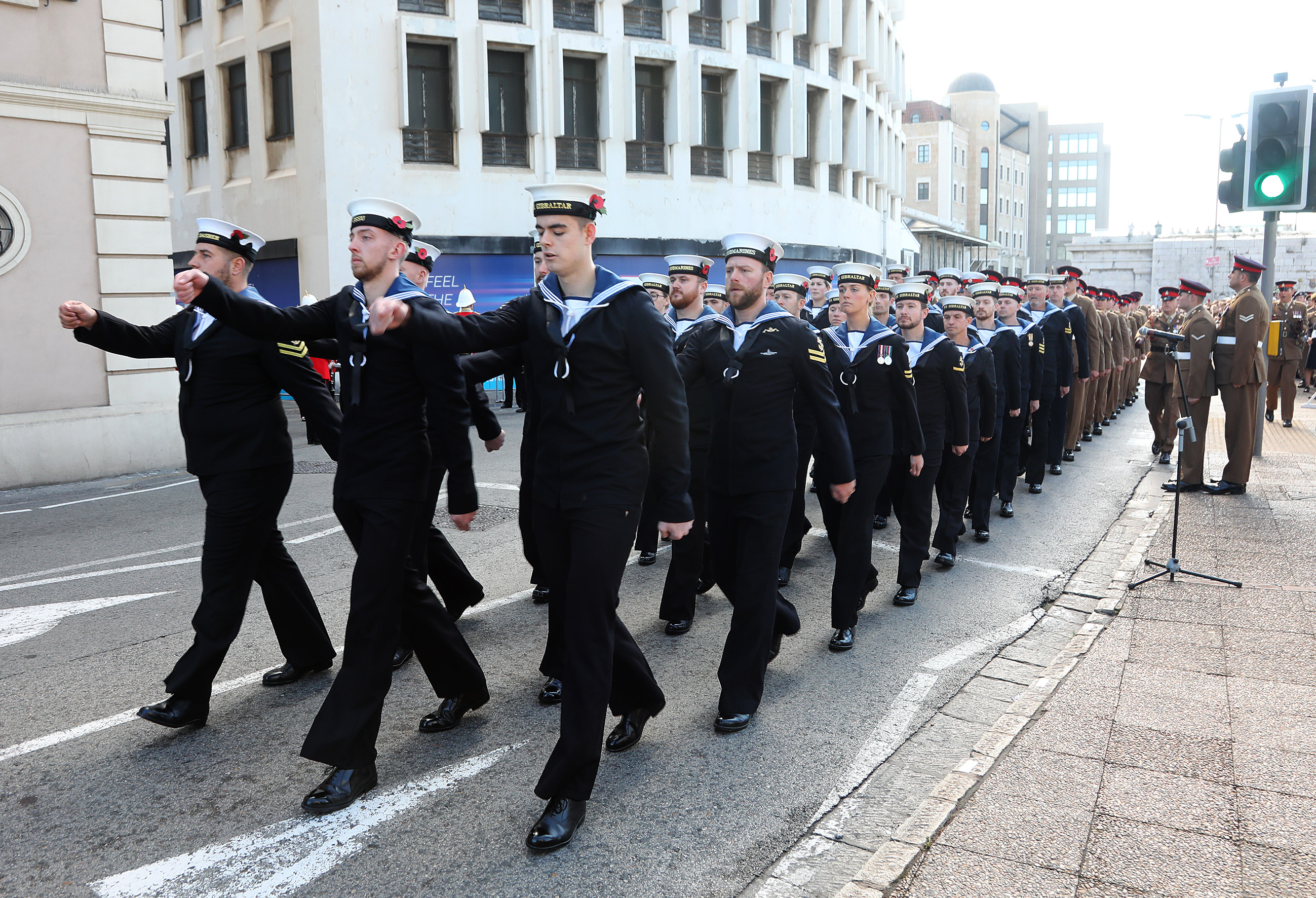 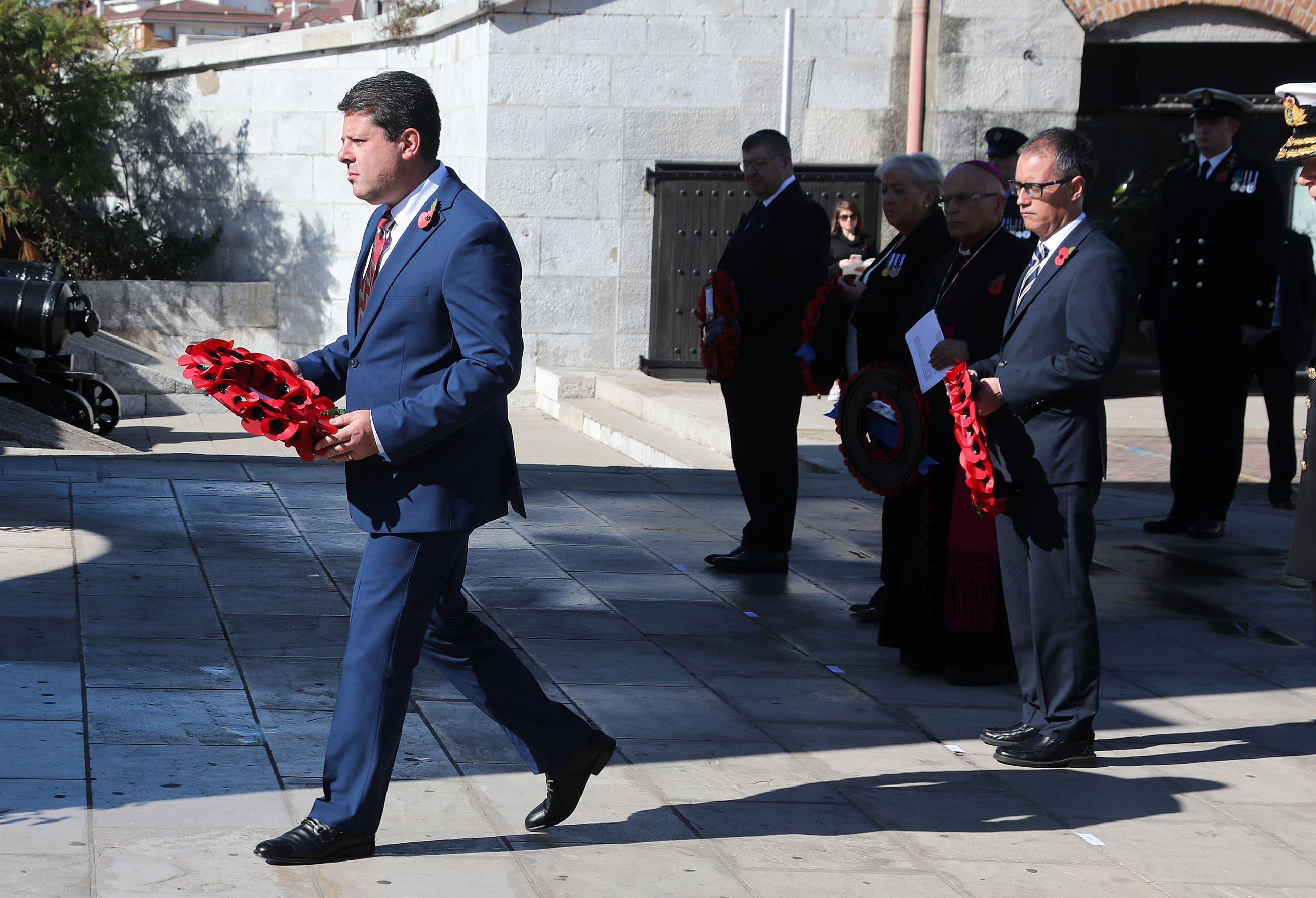