Spain’s decision to declare a state of emergency over Covid-19 is not expected to impact on frontier fluidity vital to the Rock’s health services and economy, Chief Minister Fabian Picardo said on Friday, as he warned that the virus “knows no borders”.

Mr Picardo was speaking in No.6 Convent Place after his government sharply stepped up precautionary measures to prepare for the “inevitable” arrival of the virus in Gibraltar, including a lockdown on elderly care facilities and a curfew on bars and restaurants opening after 8pm.

The Chief Minister said Gibraltar was taking all steps possible to protect the most vulnerable in this community by slowing the spread of the virus to avoid overwhelming the Gibraltar Health Authority and the elderly care services, many of whose staff are cross-border workers.

He was speaking after Spanish Prime Minister Pedro Sanchez announced he would declare a two-week state of emergency on Saturday, giving his government extraordinary powers including the mobilisation of the armed forces to confront the Covid-19 outbreak.

Mr Sanchez said he is preparing a battery of measures to brace Spain for an even bigger jump in infections indicated by the rapidly increasing contagion curve.

The positive cases in Spain could be over 10,000 by next week from more than 4,200 confirmed by midday Friday, Mr Sanchez warned in a televised address. A total of 120 people have died, and 189 have been declared as recovered in Spain.

The state of emergency allows the central Spanish government to limit free movement, legally confiscate goods and take over control of industries and private facilities, including private hospitals.

"Heroism is also washing your hands and staying home," Mr Sanchez said in a televised address to the nation on Friday.

"Victory depends on every one of us, in our home, our family, our work, our neighbourhood."

Speaking after his cabinet met to discuss the steps announced by Mr Sanchez, Mr Picardo said the authorities in Gibraltar were in contact with public health counterparts and political leaders in Spain to offer Gibraltar's support and cooperation to try and control the virus in the region.

"Our lines of communication have been and remain open, friendly and collegiate," Mr Picardo said.

"Covid-19 knows no borders and discriminates against no one."

"We must cooperate in order to best deal with this issue."

And on the critical issue of border fluidity, the Chief Minister said he expected no change, not least because the virus was so widespread around the globe there was no no prospect of avoiding its arrival in Gibraltar.

"There are no plans or indications that the frontier will be in any way affected by this measure from the Spanish side," he said.

"Gibraltar has no plans to create any restrictions whatsoever on entry at our frontier arising from this measure or by the wider spread of the virus in Spain."

The Chief Minister added: “We are clear that the virus will inevitably soon be spreading in Gibraltar if it is not doing so already.”

"Stopping Covid-19 at the border or at any other entry point was never an option."

"The focus of our efforts now is on slowing down the impact of it."

On Friday, the Gibraltar Government announced another raft of measures aimed at protecting elderly members of this community and slowing the spread of the virus, including:

- Complete lockdown of all elderly care facilities in Gibraltar;

- A curfew on bars and restaurants, which must now shut between 8pm and 7am or face fines of up to £10,000 under emergency legislation;

- Advice that those over 70 should stay at home and limit their social contact as much as possible;

- Advice that everyone should avoid public gatherings of over 50 people, and maintain at least an arm’s length distance from others whilst in public;

- Closure of tourist sites, with only some exceptions in the Upper Rock Nature reserve;

- Advice that larger social gatherings including weddings, funerals and at restaurants, bars and the cinema should also be avoided;

- only school pupils will be allowed to use buses during their reduced hours of operation. No adults may travel on buses unless accompanying a child but the adult must be under 60 years of age;

- An emergency meeting of Parliament next week to approve legislation to enable the government to take further steps as necessary.

“Whilst the measures for social distancing taken by the government might seem drastic, they are taken under the expert advice of public health professionals as the best ways to slow the spread and protect those most at risk,” said Dr John Cortes, the Minister for Public Health.

“Our society is being disrupted through necessary precautions that the Government strongly advises the public adhere to.” 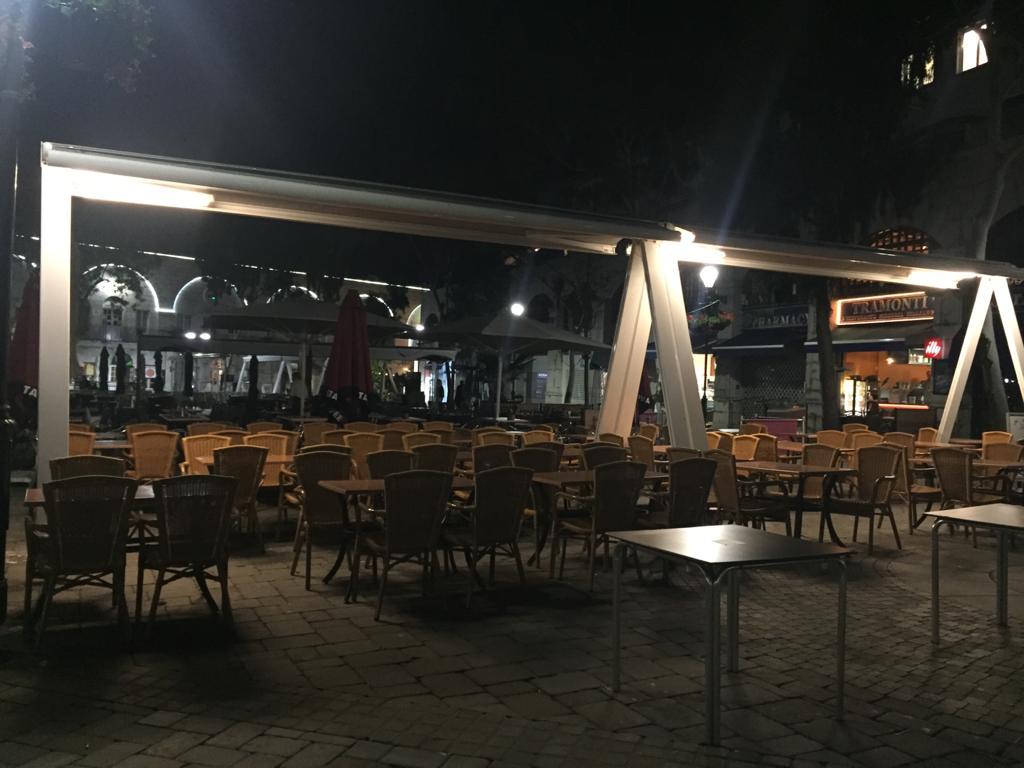 Last night Mr Picardo said the government had not changed its decision to keep schools open, adding that closing educational facilities would put pressure on parents and could lead to grandparents being called upon to handle childcare duties.

“If we close the schools, the advice we have is that we will push the virus towards the most vulnerable in our community, who are the very people we are seeking to and must protect at all costs,” Mr Picardo said.

“We will also encumber those who we need manning our essential services with issues related to childcare.”

He said the science suggested that schools would have to shut for up to 16 weeks in order to achieve just a “marginal” benefit in slowing down the spread, but that such a closure would place immense pressure on parents.

“Whilst closing the schools must remain on the cards as a possible future initiative, the danger of doing this early is that, by the time we are experiencing peak infection rates, parents will have likely exhausted their ability to keep children at home,” the Chief Minister added.

“If we do this too early, we save less lives.”

Mr Picardo, who had previously stated that up to 80% of the community could be infected by the virus in the coming months according to experts, made no attempt to disguise the stark reality faced by this community and countries around the globe.

“The harsh reality – as Prime Minister [Boris Johnson] stated yesterday - is we are all likely, in the coming weeks and months, to lose relatives and loved ones, before their time,” he said.

“Please, ensure you do the right thing to protect the most vulnerable in our community, your parents and grandparents, those who are elderly or infirm. Let’s keep the vulnerable safe.”

The Chief Minister was speaking at the end of a day in which scenes of panic buying were witnessed in shops and supermarkets both in Gibraltar and Spain, as people fearful of the impact of the virus rushed to stock up on essentials.

In Gibraltar, there were lengthy queues and huge crowds as people purchased food and toiletries in preparation for the days and weeks ahead.

And despite the curfew and plea to avoid social gatherings and instead increase distance, many bars and restaurants were packed as on any Friday evening until the 8pm curfew kicked in.

"I am absolutely certain that there is no need to go out and panic buy," he said.

"The supply chains are not affected by what is happening."

"The idea that you are going to somehow help the vulnerable in our community by going out and buying more toilet paper and more baked beans is absolutely ridiculous."

"What you need to do is follow the basic simple advice about washing your hands, sanitising areas and, as an act of love, do not go and see those who are of the elderly demographic."

"That is what we need to be doing."

Mr Picardo held meetings with opposition parties and business organisations yesterday, and will this weekend meet with unions and other community groups.

On Monday, he will make a ministerial statement announcing measures to help businesses in what he has described as “a mini-budget”.

And he was clear too that this was the beginning of a difficult period and that further measures would be implemented in the coming days.

"This is the beginning of a period that is going to be extraordinarily difficult," he said.

"Tonight will not be normal, but things are likely to get more abnormal in the future in the context of social distancing."

"This is the beginning, this is not the end," he said.

"We have not seen all the measures that we may need to implement."