Members of British Forces Gibraltar gathered in the Trafalgar Cemetery to commemorate the Battle of Trafalgar yesterday.

The service was attended by the Commander British Forces, Commodore Tom Guy, the Governor, Vice Admiral Sir David Steel, and the Chief Minister, Fabian Picardo, who each laid a wreath at the nearby statue of Admiral Lord Nelson before the service commenced. 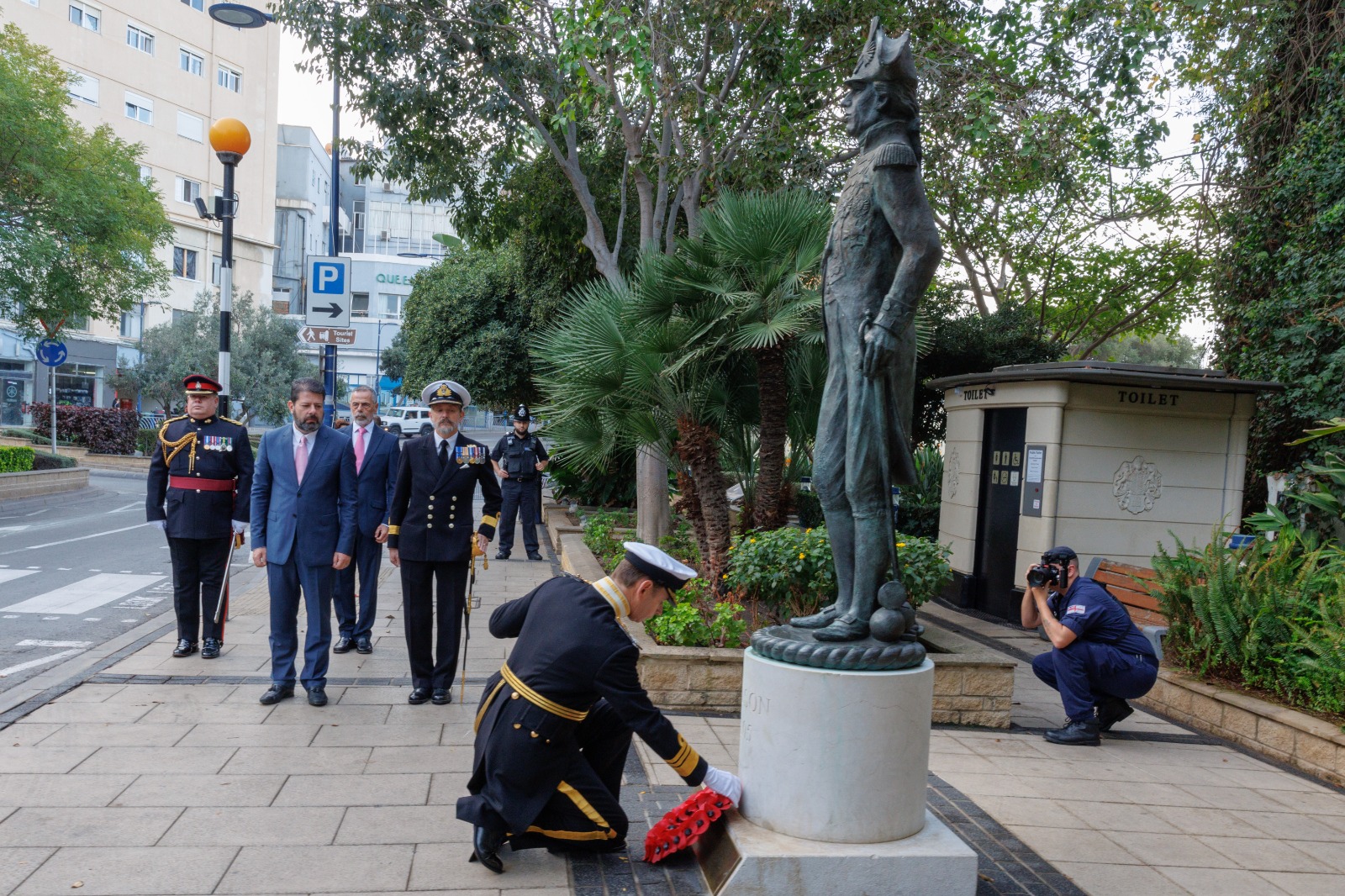 The service was also attended by a former Royal Navy communicator, Robert Reeves, who served in HMS Rooke 50 years ago.

Mr Reeves left the Rock in January 1973 having served in the Communications Centre as supervisor of the watch for a year.

Reminiscing about his time in Gibraltar, he said: “I remember attending this ceremony in 1972, however I do not remember it being this large.”

“I remember lining the route somewhere in the cemetery.”

“Ceremonies are very important and must always be remembered, and I am so grateful to be able to take part in this year’s service.”