Battle of Trafalgar remembered 215 years on

A ceremony was held at the foot of the Admiral Lord Nelson statue mark the 215th anniversary of the Battle of Trafalgar.

The Governor Vice Admiral Sir David Steel led the ceremony by placing a wreath at the foot of Admiral Lord Nelson’s statue. 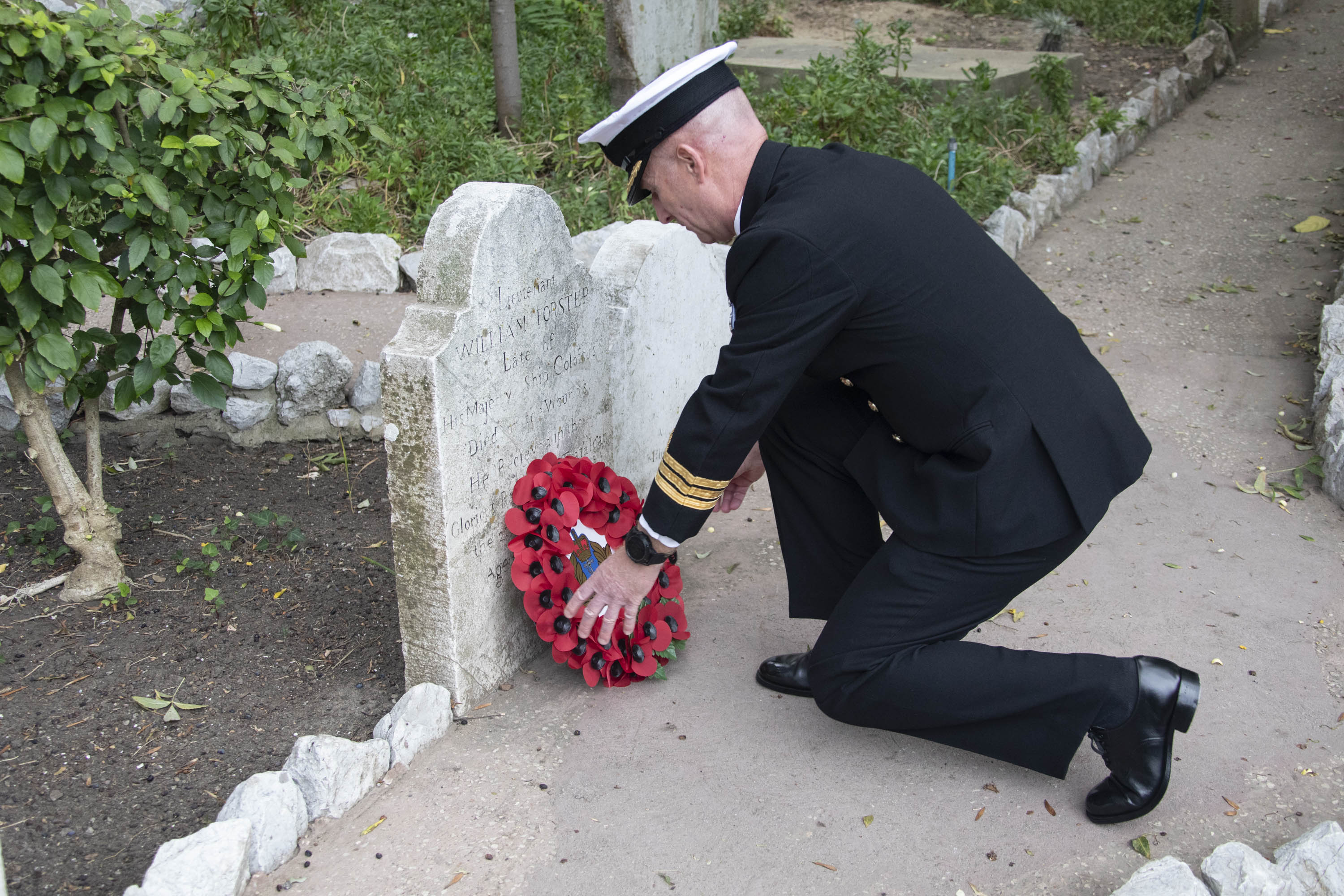 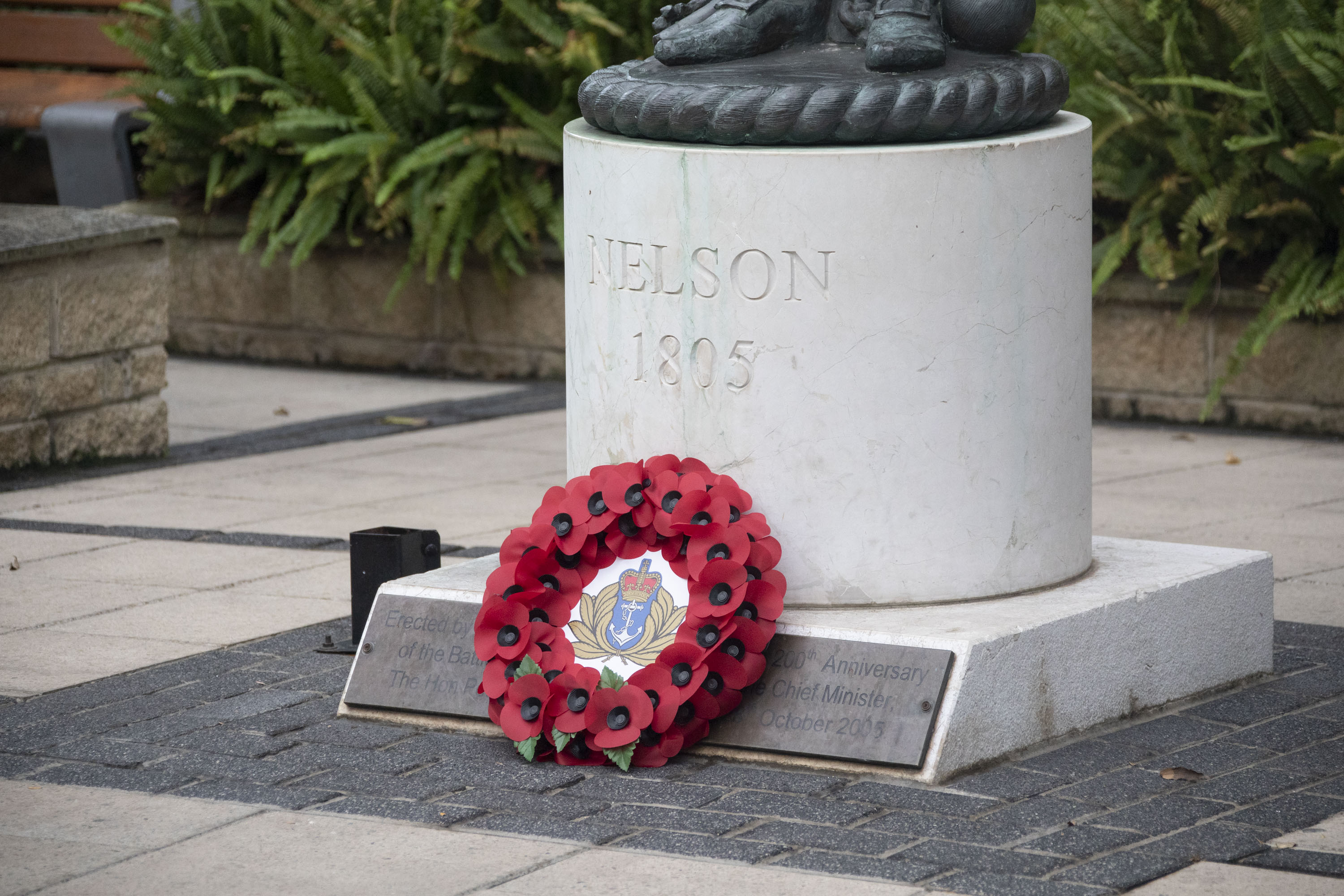 Sir David read the dispatch from Admiral Collingwood to the Lieutenant Governor of Gibraltar just after the battle over 200 years ago.

This was followed by the preamble which was read by Chief Minister Fabian Picardo and reminded everyone that “for over two centuries the Fleets of the Royal Navy have gathered at Gibraltar for exercise and training in time of Peace. Here in time of War, the ships have assembled before sailing to face the dangers of the seas and the violence of the enemy.” 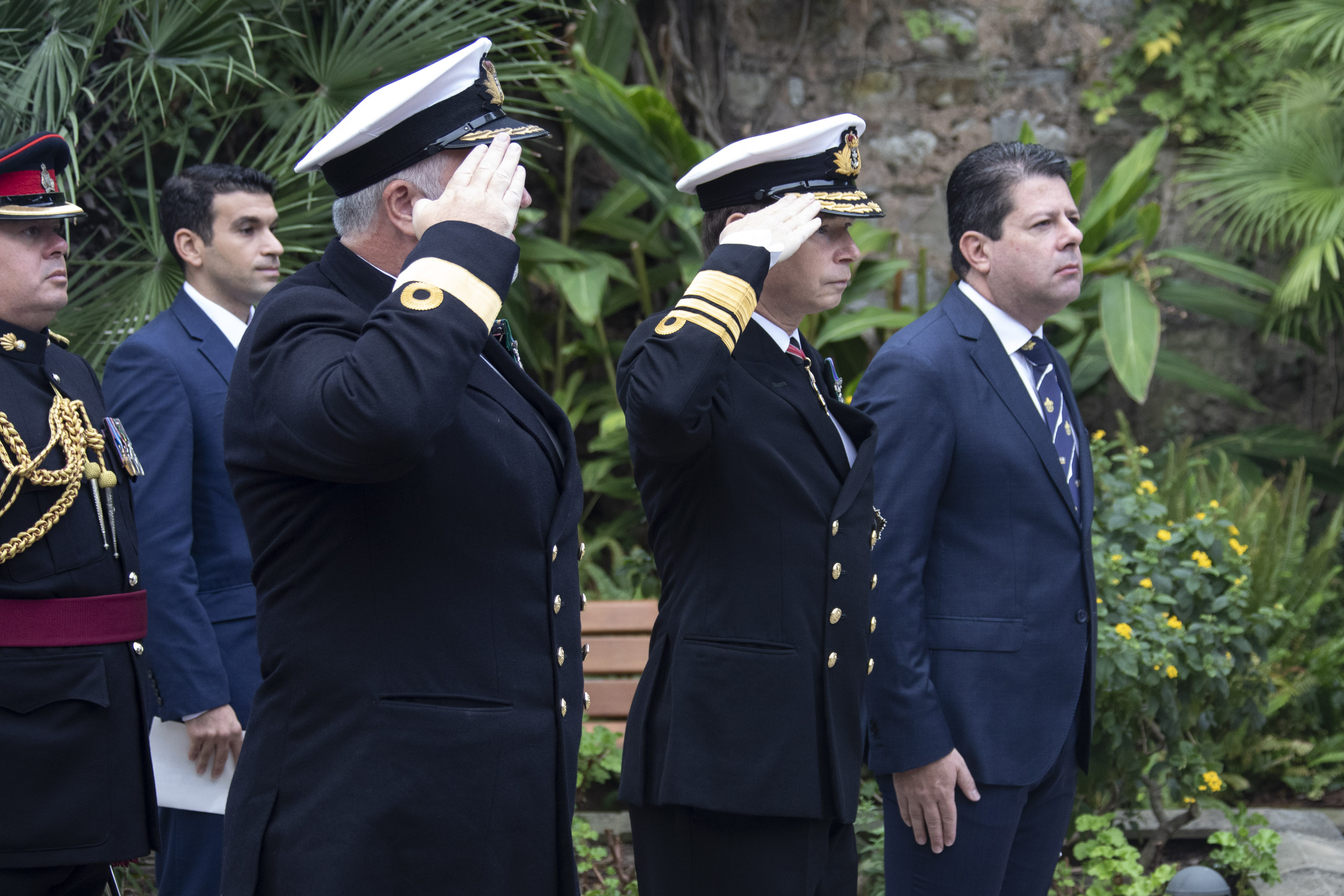 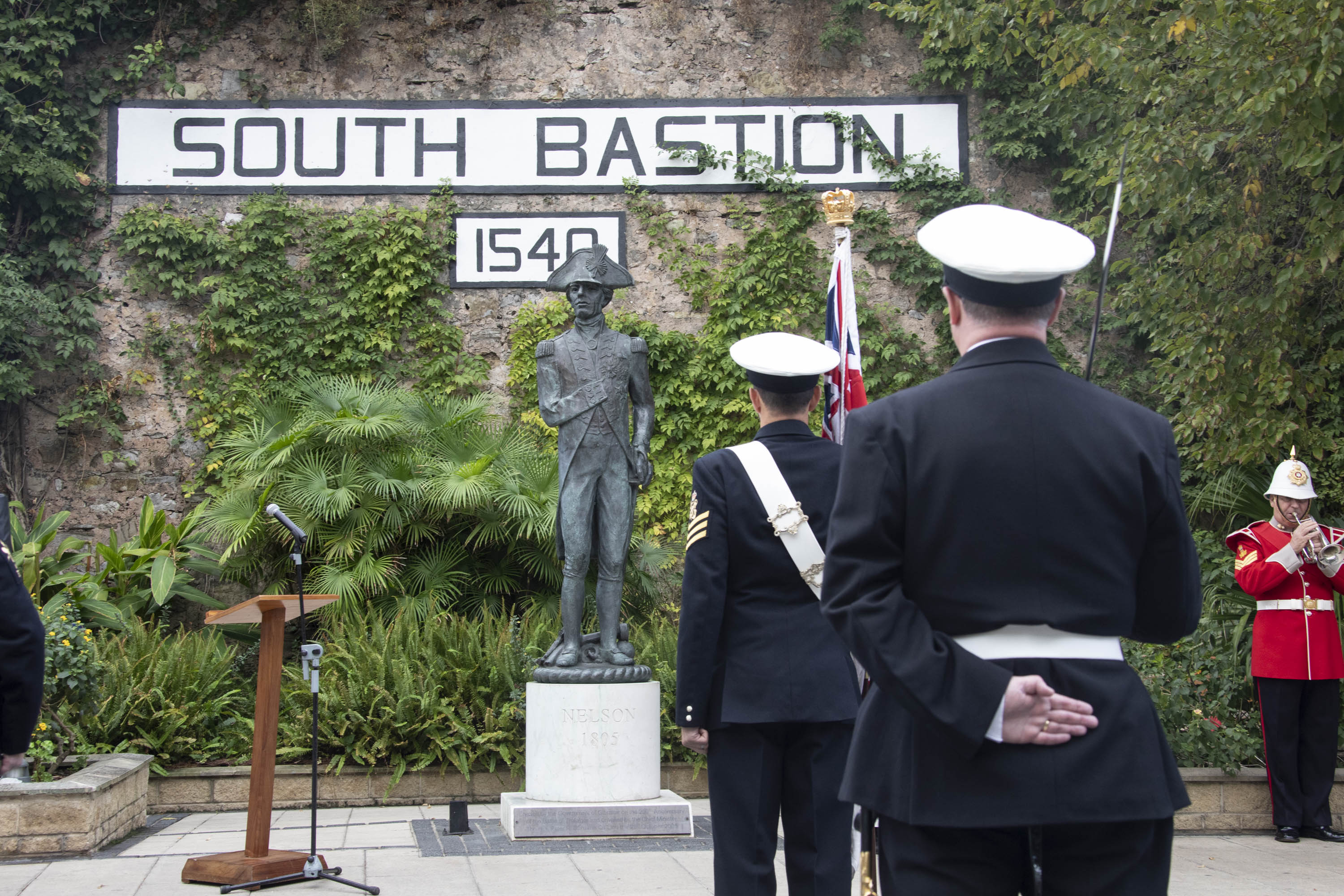 This year’s Trafalgar address was delivered by Commodore Steve Dainton, Commander British Forces who remarked on the proximity of Gibraltar to the cape of Trafalgar (70 miles).

“Notwithstanding the impact of Covid, at this time each year in Royal Navy warships and establishments around the world, people will be recalling the Battle of Trafalgar, remembering the sailors that fell and especially Admiral Horatio Nelson who delivered the most brilliant and decisive victory that ever distinguished the British Navy,” Commodore Dainton said.

“The battle was strategically important as it denied Napoleon the opportunity to launch his invasion of Britain and prepared the ground for his final defeat at Waterloo some 10 years later. It also laid the foundations for a century of dominance of British sea power and heralded the start of the age of the British Empire.”

“But most of all, it was the manner in which Nelson led his men – what he expected of them and they of him. He was an innovator. Forever searching for new ways to gain a tactical advantage, to find new methods of melding together individual men, officers and their ships into a single and cohesive force.”

Commodore Dainton added for two years, Nelson had been readying his fleet off the coast for battle.

“The Fleet was in top fighting condition as they were able to rely on the bastion here in Gibraltar to keep the ships supplied and fitted out as we still do today with the Forward Mounting Base here in Gibraltar,” he said.

“Over two centuries on, there remain many similarities between Nelson’s Navy and the Royal Navy of today.”

Commodore Dainton described how our forebears remind us of our duty and the highest standards that must be achieved.

“That is why, every year, we come together to remember the Battle of Trafalgar – to remember the bravery and sacrifice of men from both sides of the battle – to remember the 58 nations that fought in the Fleets including nine Gibraltarians in the British Fleet – to remember Admiral Lord Nelson who died knowing he had won a remarkable and historic victory and thanking God that he had done his duty.”