Beyond Dry January: Is it time to reassess our relationship with alcohol in the longer term?

Many of us entered 2020 promising to give up alcohol for a month and, if you've stuck with it, steering clear of booze for that long can feel like a huge achievement. But will you be breathing a sigh of relief and hitting the bar hard in February? Or has a month off given you a slightly different outlook?

Millions may drink far above the recommended limits, but the 'sober curious' and 'mindful drinking' movements are growing in popularity. A YouGov study, commissioned by One Year No Beer UK (OYNB), found that 54% of UK millennials and 25% of UK baby boomers are going beyond Dry January and instead planned to give up booze for more than a month. A fifth say their reason for doing so is to improve their mental health, and 17% because they don't want hangovers to mean they miss out on exercise.

It's common to hear people say they slept better, lost weight, saved money, had more energy, or were more productive during Dry January, and it's not surprising you might want to continue feeling these benefits - so it could be the perfect time to reconsider your longer term relationship with alcohol.

"February is the perfect time to reflect the new experience of feeling great without alcohol," says OYNB's Andy Ramage, co-author, along with Ruari Fairbairns, of ‘The 28 Day Alcohol-Free Challenge’. "Once you have experienced a bit of the alcohol-free magic, you're much more likely to reduce or even stay alcohol-free in February. My plan was to do a month, and that was six years ago.”

Alcohol and socialising
There's no getting past it, drinking is completely interwoven into the fabric of our social lives - from going out for dinner or celebrating a birthday, to simply catching up with friends - and it means there's a widespread fallacy that alcohol equals a good time.

"If you became a social recluse and bemoaned the 'boring month of Jan', then too often nothing will change [in February]. In fact, it feeds the myth that alcohol makes life fun," says Mr Ramage.

"Whereas if you adopt a mindset that there is nothing to give up and everything to gain, you might glimpse the many alcohol-free benefits such more time, better skin, hair, more motivation at work, consistency in the way you exercise, dare I say, more fun."

While you might just be looking to edit your relationship with booze, rather than give up altogether, socialising can be one of the great hurdles when it comes to cutting down.

"Many people believe you can't have fun unless you drink alcohol. I used to believe exactly this," says Simon Chapple, a sobriety coach and author of The Sober Survival Guide. "The belief turned out to be untrue and was holding me back from being the best version of myself."

The problem with Dutch courage
Associating alcohol with having fun is one thing, but also connected for many people is a sense of extra confidence, or a dose of 'Dutch courage'. It can be an association made from your teenage years or early-20s which has simply continued, particularly for situations such as work events, a party where you don't know many people, or a first date. It's really common, but having a drink in your hand as a coping method could be doing more harm than we realise, says Neil Macaulay, therapist at Priory's Glasgow Hospital. 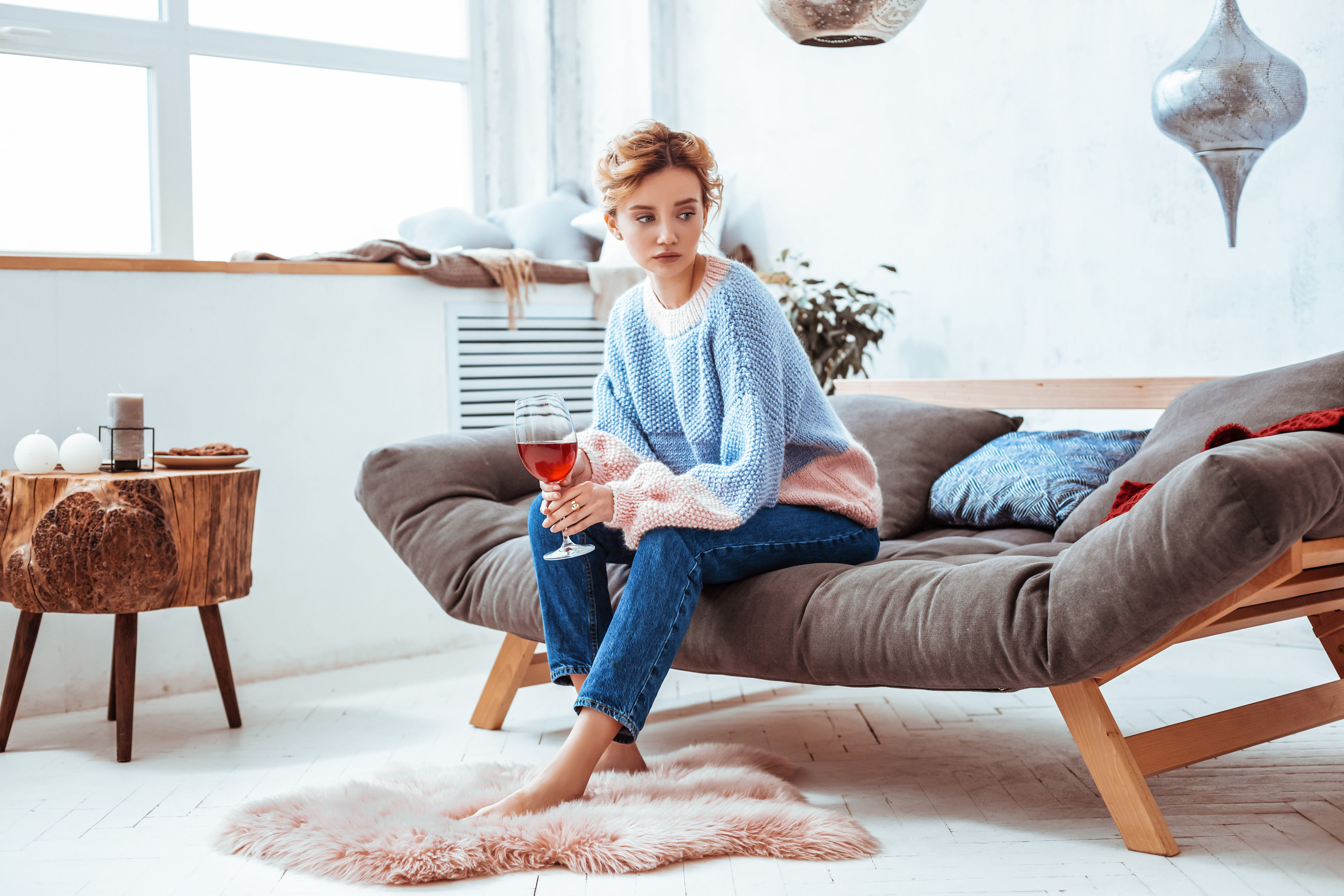 "If an individual uses alcohol to give them confidence or to reduce social anxiety it actually makes things worse, as they ascribe the increased confidence to the alcohol rather than developing their own strategies, and reduces their self-esteem," he says.

"They become more disempowered by this and have even less confidence in their abilities in social situations."

Drinking to de-stress
"Being aware of you reasons for having that drink is as important as the quantities you are drinking," Mr Macaulay says. For many people, pouring a glass of wine or opening a beer signifies the end of a hard day or long week, or even signalling that the children are finally asleep and you have some 'me time'. It's become a normalised way to deal with stress, or as a method for relaxing.

If that's the case for you, acknowledge it and start to incorporate other coping mechanisms; have a bath, cook, call a friend, read, exercise, whatever works for you.

"Alcohol pretends to help but, in truth, does not solve the underlying issue. This is why people often have such powerful transformations when they finally remove alcohol for long enough to do the work on the root cause of their triggers," says Mr Ramage.

Adopting a different approach
For many, it's a case of simply choosing to be more mindful. "The key to success is an approach of curiosity to your drinking, being really mindful about every element of your alcohol intake and being honest with yourself if you feel it is becoming a problem," said Mr Chapple. 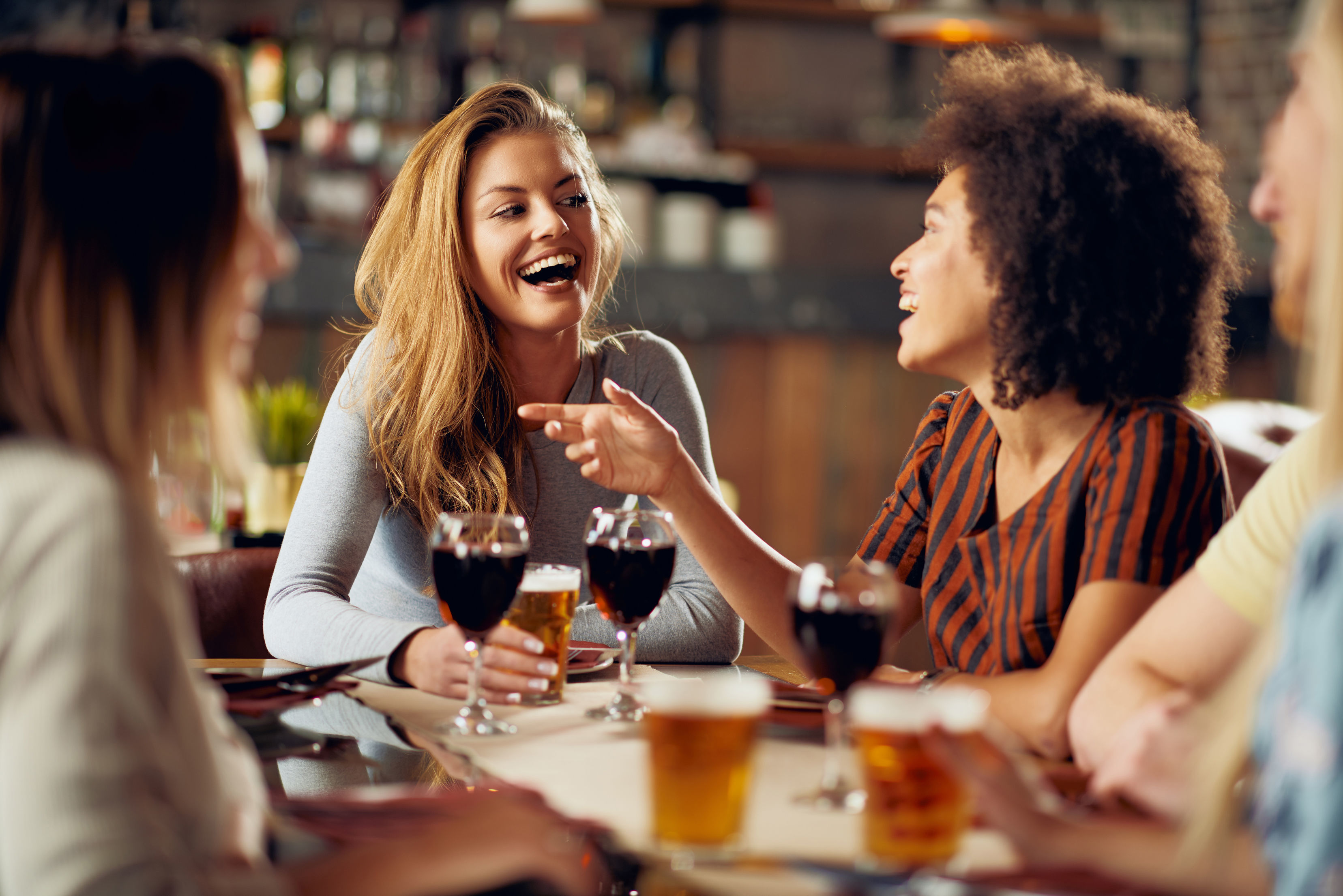 One method, he says, is to use a daily journal or an app to log how much you drink, alongside your thoughts and emotions for the day. "This also allows you to reflect on your past entries and monitor your drinking in an analytical manner." You could also decide in advance which days of the week you plan to drink, and which you don't. Sticking to it can be pretty empowering.

For some, a month off booze can help you identify certain habits or triggers where you'd automatically reach for a drink (but perhaps don't need to), and that awareness can be all you need to help you cut down overall.

Mr Ramage said: "The placebo of a cold alcohol-free beer or glass of 'nosecco' offers a sense of relaxation after a long day, and can also make you feel part of the social action.

"Part of habit change is that you need to do the hard yards and re-train your new empowering habits. Once you can handle the stress and be a social butterfly without the booze, you become unstoppable - it's like a superpower."
(PA)