A thermal imager is being trialled at the border for people entering the Rock, to identify anyone with a temperature of 37.2 degrees Celsius or over.

The new technology was in place on Monday morning from 7am and, by 9am, no one had triggered the system, despite a sharp increase in the number of people crossing.

Officials at the border estimated that three times the number of people entered Gibraltar during that time compared to the average daily flow last week. 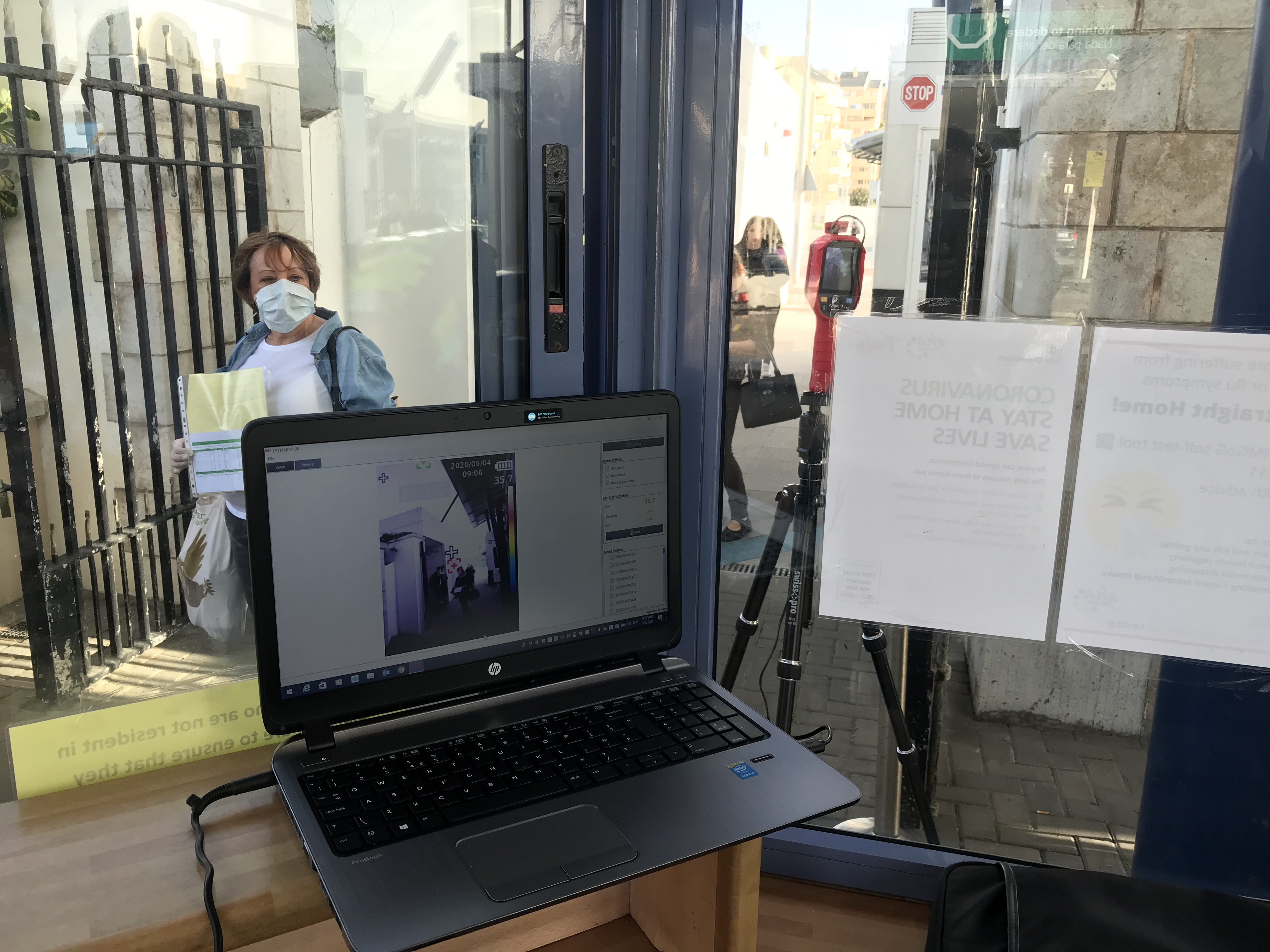 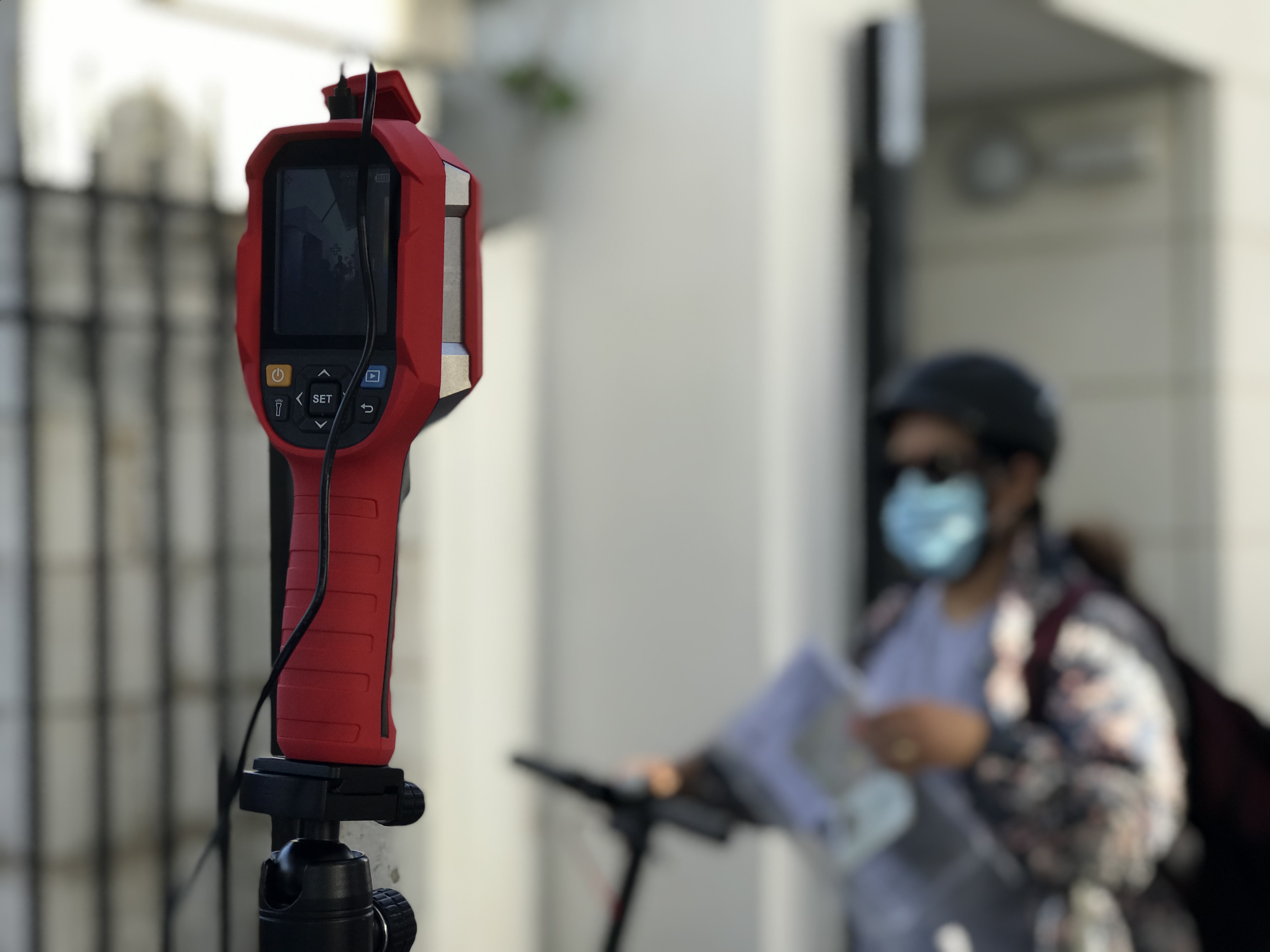 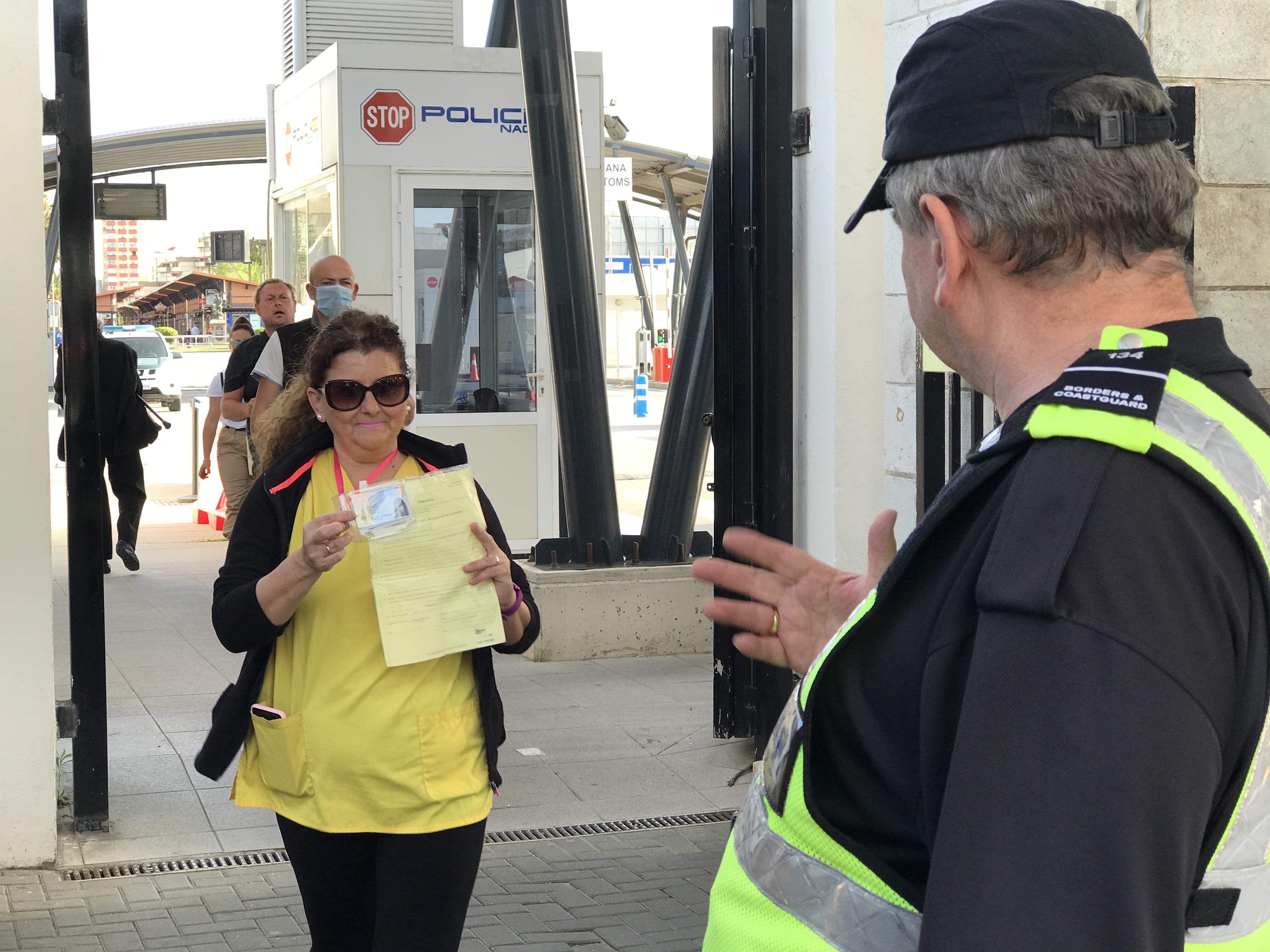 Brian Brookes, from the Office of Civil Contingencies, explained the rationale behind this piece of technology.

“This thermal imager is on a trial period today as a result of the Government relaxing the measures a bit,” said Mr Brookes.

The Government recently lifted the ban, but with restrictions still in place, on the opening of non-essential shops on the Rock.

“We decided that we would put this [thermal imager] here at the border because of the influx of extra individuals as a result of the relaxation,” Mr Brookes said.

“It has been confirmed by Borders and Coastguards that has actually happened and there was an increase of vehicles and pedestrians.”

“The thermal imager measures the temperature of the people coming through and if it is anything under 37.2, it won’t sound the alarm and it allows the officer to continue working, checking documents,” he added.

The machine reads all temperatures even if a cluster of people are coming through, although workers are entering the Rock in single file as they have to show identification and documents regarding their work or reason for crossing over.

The Office of Civil Contingency is looking at introducing thermal imagers at all of Gibraltar’s entry points.

“There is a meeting this morning to discuss the protocol as to how we are going to deal with individuals who get flagged up through this process,” said Mr Brookes.

“The director of public health [Dr Sohail Bhatti] is guiding us and is telling us it is a useful tool.”

“We are trying to coordinate now as to which essential services and agencies would need them as they are valuable,” he added.

Mr Brookes also noted it would be good for any other type of organisation and not just Government.

“It is a good tool and I recommend it especially now that we are applying some relaxation to lockdown and there will be more volume of individuals,” said Mr Brookes.