Local group ‘The Calendar Club’ is gearing up to embark on a month long challenge in a bid to raise funds for Calpe House.

The four men, Daniel Benitez, Andrew Yeats, James Noguera and Jamie Robba will attempt to run a combined total of 1860km during the month of June.

“We decided we wanted to raise money for a charity that benefits everyone in the community. Although usually people stay Calpe House for intensive and critical care, there are many illnesses that fall under that category,” Mr Benitez told the Chronicle.

Calpe House is close to Mr Yeats’ heart when it became a home for him and his parents when his uncle was receiving treatment for cancer in the UK last year.

For the entire month of June, the challenge requires that each of the four men on a daily basis to run the amount of kilometres which correlates with the date. 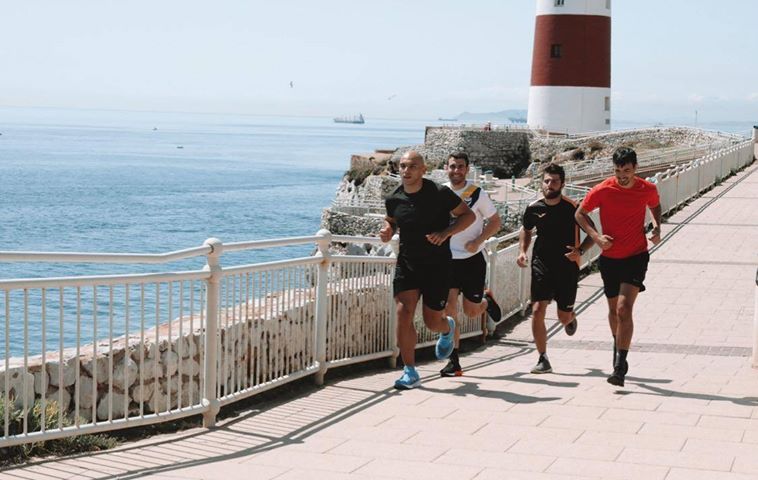 On June 21 three of the men will complete a half marathon for the first time, Mr Yeats previously ran the Great North Run.

“Although only one of us has ever completed a half marathon prior to this initiative, we will each attempt to run more than ten half marathons in ten days at the latter stage of this challenge,” said Mr Benitez.

“In light of the difficulty of this stage of the challenge, this has become known to us as ‘Hell Week’.”

Mr Benitez explained that the challenge was started by an entrepreneur Jesse Itzler.

“He completed the ‘Calendar Club’ in February. During the Covid-19 pandemic in April, he challenged Colin O'Brady, a guy who knows no limits and holds over ten world records in mountain climbing and is the first person to cross Antarctica, solo and unsupported,” he said.

“So the idea is theirs.”

The group will run together on some days and will start off running the 1km on June 1 in Commonwealth Park.

“Some days we will run in pairs. Some days all together, it’s difficult as we are all working and schedules are too hard to keep for full 30 days,” said Mr Benitez.

Saturday June 6 the team will be dressing up and running 6km, through the Eastern Beach, the Caleta and Sandy Bay.

On June 10 they are inviting family, friends and supporters to run with them to complete a 10km together.

“We will be running in groups for different paces and so social distancing is kept to smaller numbers,” Mr Benitez said.

Prior to this Mr Noguera took part in the walk for life last September and successfully walked for 24hours without stopping totalling 99km.

Mr Yeats is a basketball player for GABBA and Mr Robba plays football as a goalkeeper for St Josephs and has previously represented the GFA at international level.

So far the Calendar Club has raised over £2,000. To donate go to https://www.gofundme.com/f/calendar-club-in-aid-of-calpe-house?utm_medium=copy_link&utm_source=customer&utm_campaign=p_lico+share-sheet