Ceremony of the Keys

Governor of Gibraltar, Vice Admiral Sir David Steel, inspected the Royal Gibraltar Regiment at the Ceremony of the Keys recently.

The event had to be cancelled last year due to the Covid-19 pandemic and this year was attended by the Commander of British Forces Gibraltar, Commodore Steve Dainton, the Governor and Chief of Staff, Col Robert Lindsay.

The Ceremony of the Keys was performed by the Royal Gibraltar Regiment at Casemates Square.

The Ceremony is a reminder that each evening during the Great Siege the Fortress was locked and platoons were posted outside the walls on the North Front of the Rock to act as sentries. 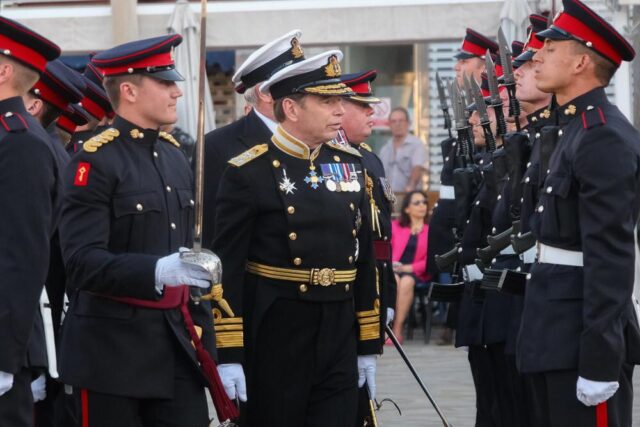 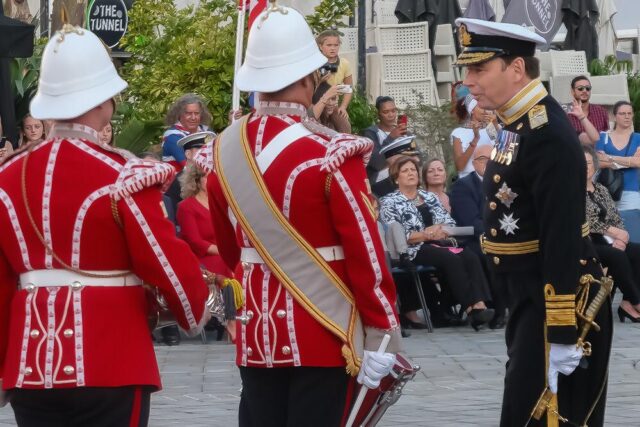 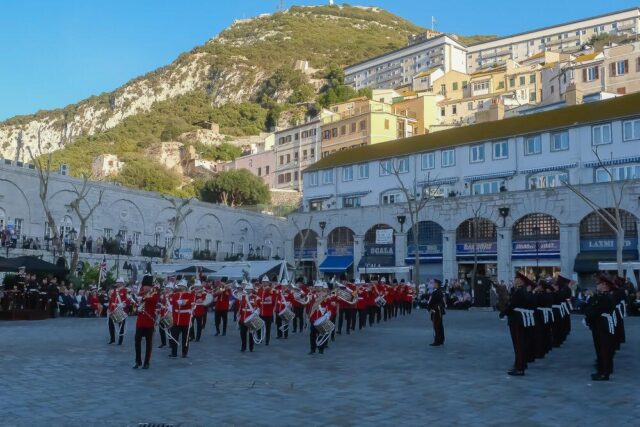 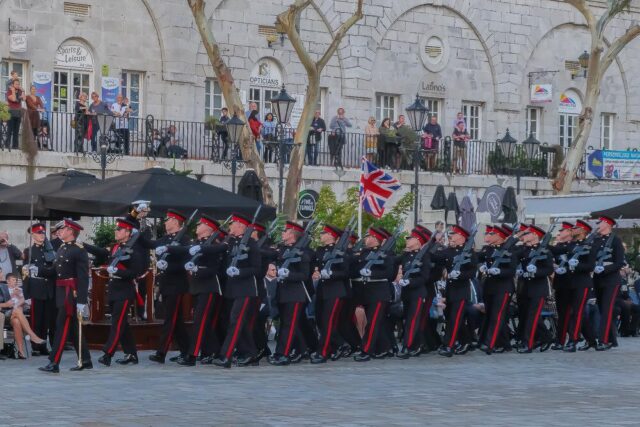 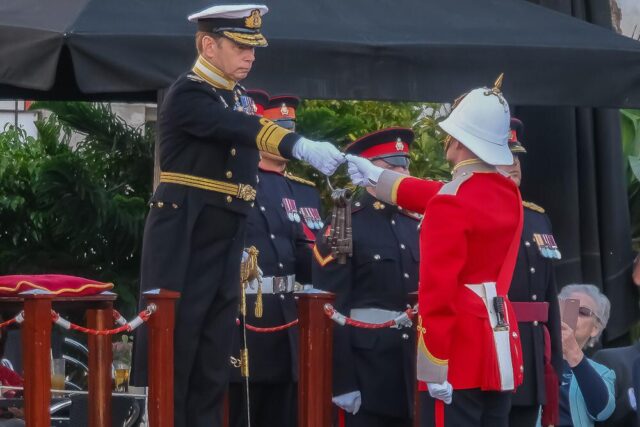 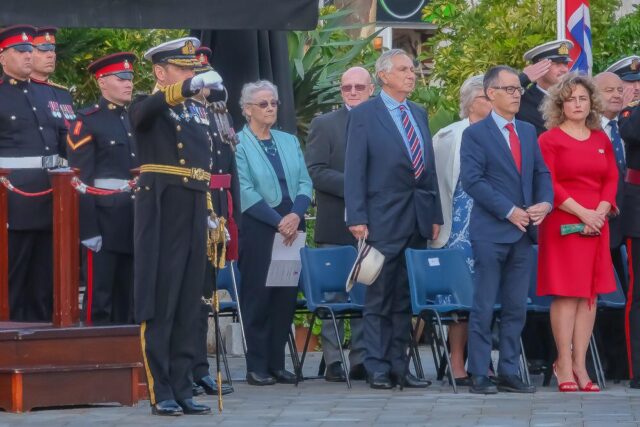 The troops paid their respects to the Governor and marched through the Landport Gates, which was the only land entrance to the Fortress.

The gates, which were built in 1729, still retain many of their original features.

The crowd were entertained with music from the Royal Gibraltar Band and Corps of Drums and the visiting Nottinghamshire Band of The Royal Engineers.

After the Royal Gibraltar Regiment’s I Company marched through the square, they were inspected by Vice Admiral Sir David Steel and Commodore Steve Dainton.