Children’s book ‘The Reluctant Eskimo’ has been launched by local teacher Karim Vatvani.

Illustrated by Stella Stych the story tells the tale of an Eskimo called Pukak who is having to deal with the impact of global warming. 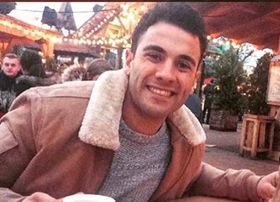 The St Anne’s teacher spent time researching the origin names and the names that Inuits have for different animals and these inspired for the character names.

“I actually thought of the story about three years ago, I often create stories and tell them to my class at the end of the day,” he said referring to his class full of eight to nine year olds.

“And I thought about a story involving an Eskimo facing Global Warming and they really enjoyed it. I have since retold the story to my next two classes [of seven to eight year olds] with some variations and they also found it really interesting.”

“I properly started researching Global Warming effects on different animals over the first lockdown and it was then that I wrote out a rough first draft of the story,” he added.

Only his current class has heard the published version

“The general consensus has been that they love the story and the characters (particularly the Olympian swimmer Walrus) and more importantly, they are definitely more aware of the effects of climate change.”

“One of the girls actually told me that it was better than Gangster Granny so that was possibly the best quote I could have gotten, it didn’t quite beat Harry Potter though."

Climate change has always been something that Mr Vatvani felt very strongly about.

“It is a topic that I often discuss with my students as I feel that they are the key to mitigating change. For this reason. This, coupled with my love for storytelling inspired me to think up a story that both entertained and fed children an important message,” he said.

The book is available on Amazon and the proceeds will be going to charities that combat climate change.