A clean-up operation was under way inside the harbour on Saturday morning after an oil spill from a cargo ship drifted into the basin, threatening wildlife and boats inside marinas.

The spill on Friday appears to have been caused by a valve problem on the Liberian-flag bulk carrier AM Ghent during a bunkering operation while anchored in British waters in the Bay of Gibraltar. 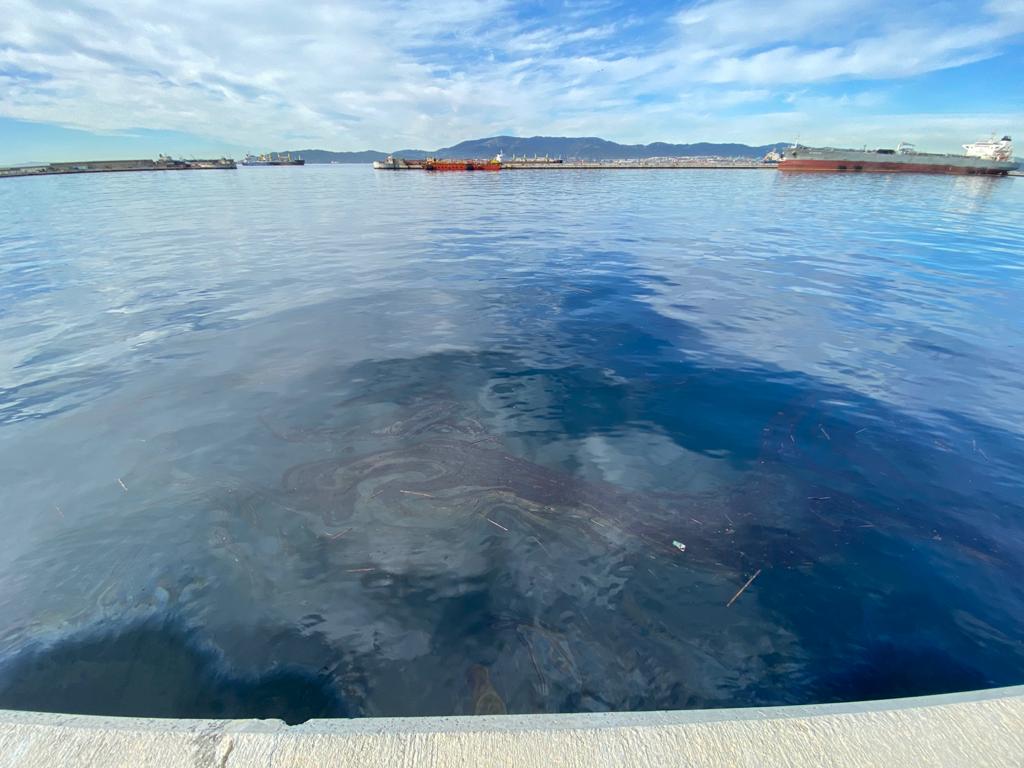 An anti-pollution operation yesterday involving vessels from Gibraltar and Spain tried to contain the spilt fuel to prevent it from reaching shore.

But an oily sheen stretched across much of the north end of the bay, while inside Gibraltar harbour on Saturday thick tendrils of black gunk floated on the water emitting a powerful fuel smell. 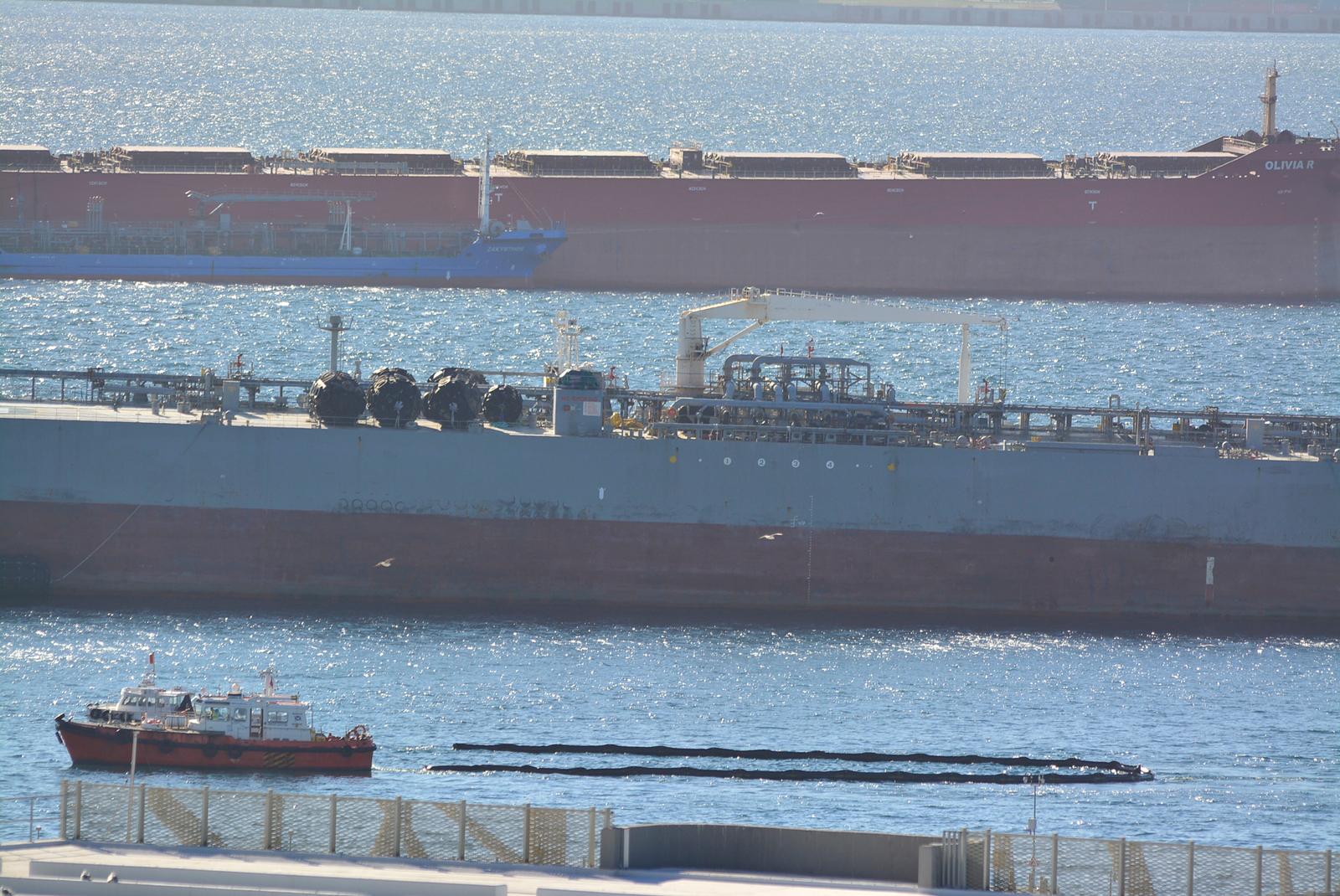 "We're very concerned about the impact on wildlife and on the birdlife primarily, because there's a lot of feeding fishing birds around Gibraltar waters," said Janet Howitt, of the Environmental Safety Group, as she surveyed the scene in the harbour on Saturday morning.

"It's an emerging situation and we have lots of questions that need to be answered.”

"Luckily these things don't happen very often, but it just has to happen once [to cause damage] and the scale of it is still unfolding." 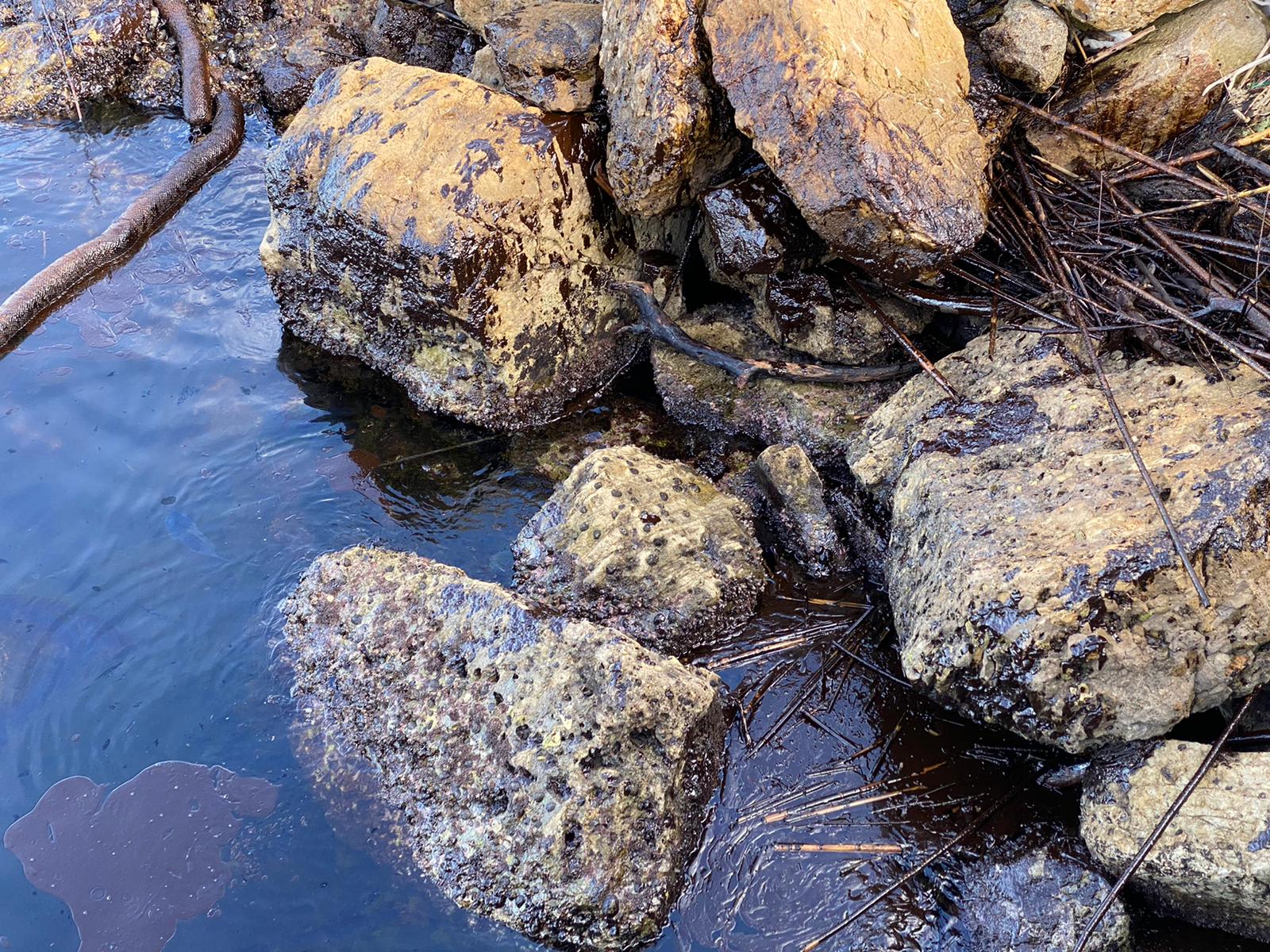 Booms were stretched across the entrance of marinas inside the harbour to limit the amount of spill that could drift inside and damage boats.

A specialist vessel sucked up the fuel floating on the surface, although the size of the spill is significant and the was ongoing at midday on Saturday.

There is some controversy too surrounding the response to the spill, after Spanish reports claimed authorities in Gibraltar had taken too long to alert their Spanish counterparts.

On Friday, vessels from Spain’s Salvamento Maritimo approached the area of the Western Arm and extended a boom to stop the fuel from drifting toward La Linea. 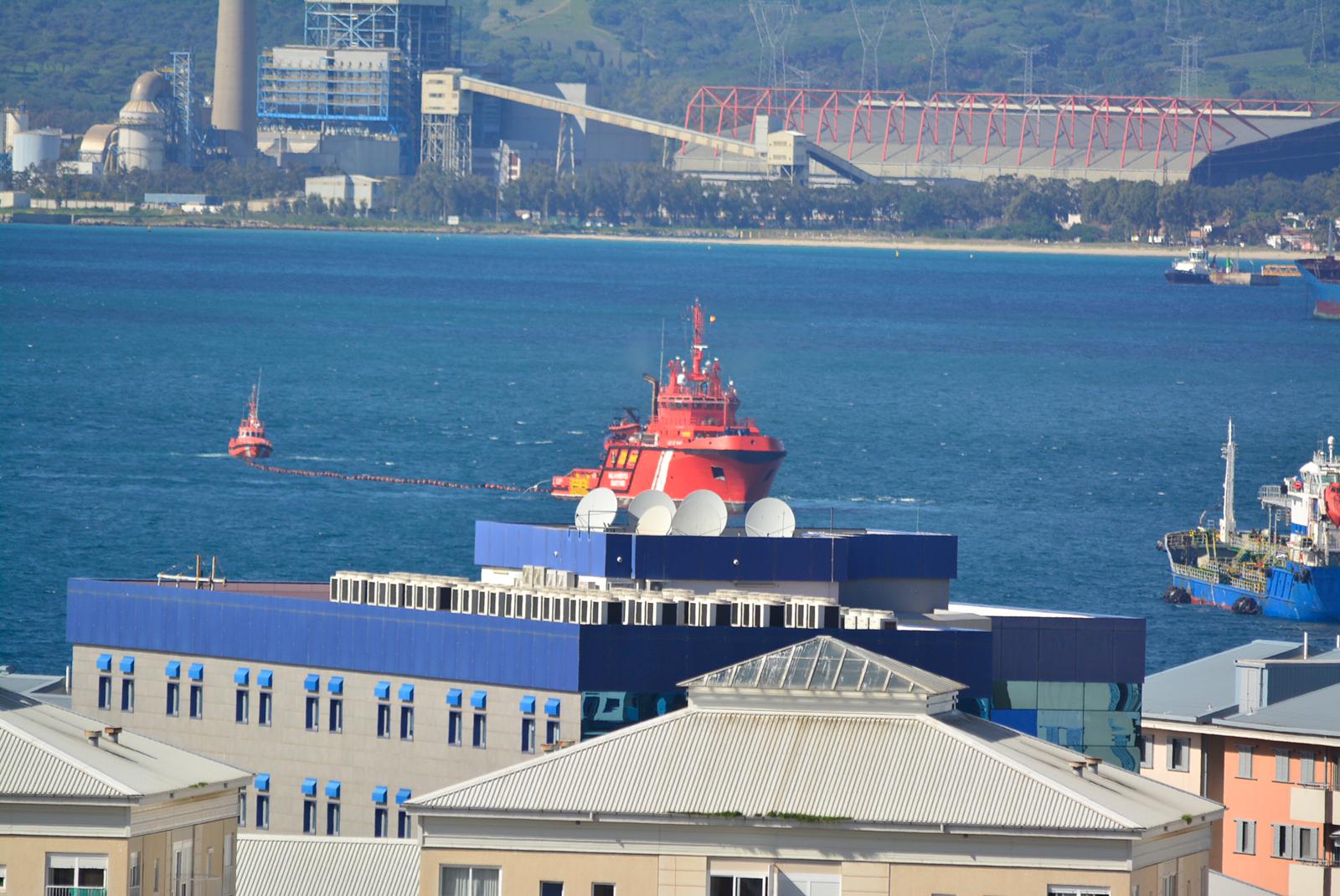 There were no reports on Saturday that any fuel had reached Spanish shores, although this could change depending on weather and tide conditions.

According to Spanish press reports, Spain was not alerted until four hours after the spill.

But authorities in Gibraltar insist Spain was informed as soon as the scale of the spill became evident about an hour after initial incident.

“The Captain of the Port contacted his counterpart in Algeciras to inform him of the situation and although assistance was offered, it was declined but special permission was granted for two Spanish assets to come into BGTW to prevent oil from transgressing the median line in the bay,” a government spokesman said. 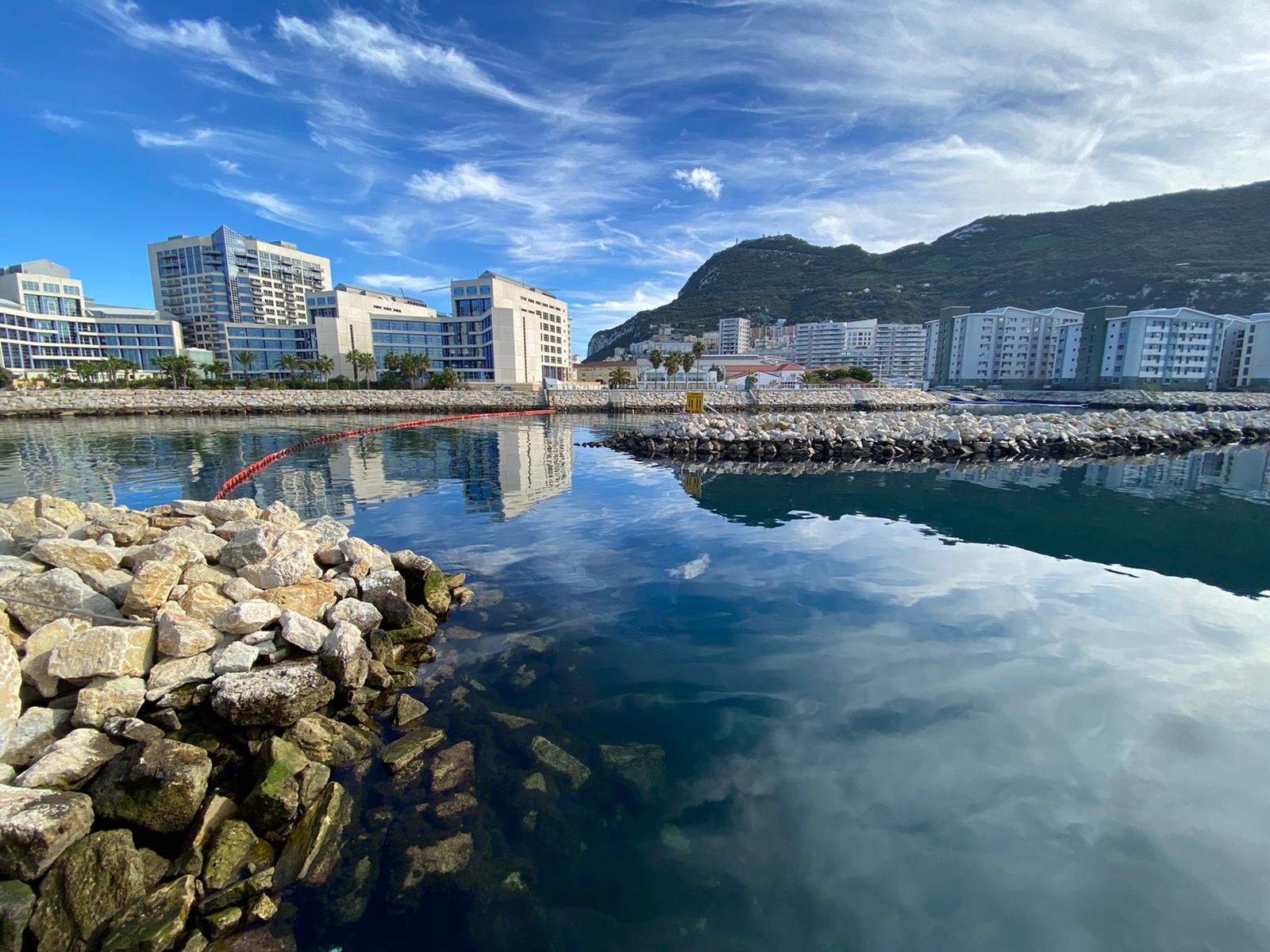 Crew on the AM Ghent confirmed that the spill was caused after one of its venting valves failed early Friday morning.
Initial estimates are that around 1,000 litres of fuel oil spilt into the sea, although the actual amount has yet to be confirmed by the authorities.

The GPA’s Bunkering Superintendent attended to investigate the issue and the vessel’s operator could face legal action in line with the ‘polluter pays’ principle. 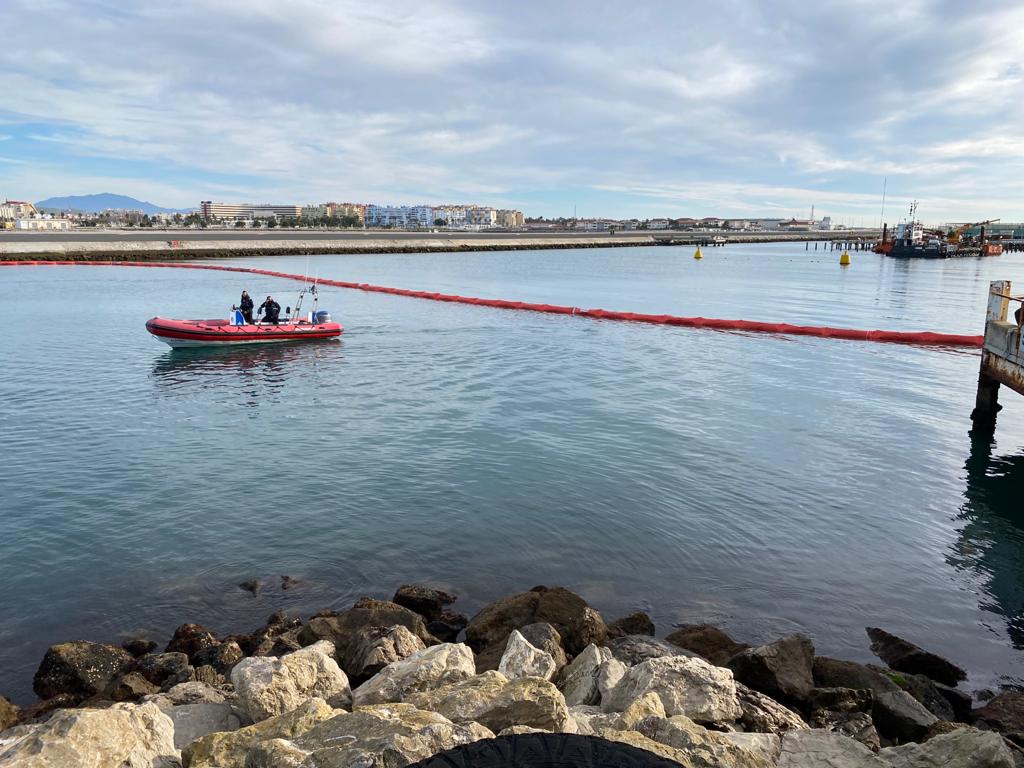 On Saturday, Ms Howitt urged anyone who sees a bird affected by the oil to contact the Environmental Protection Unit on 58009620.

"That's really important to save the lives of any birds contaminated by oil."