By Chronicle staff and PA

The UK’s new Prime Minister, Rishi Sunak, restored Foreign Secretary James Cleverly to the Cabinet on Tuesday, in a move welcomed by the Gibraltar Government.

Mr Cleverly was appointed to the post by former Prime Minister Liz Truss, who he had supported in the leadership contest against Mr Sunak this summer. 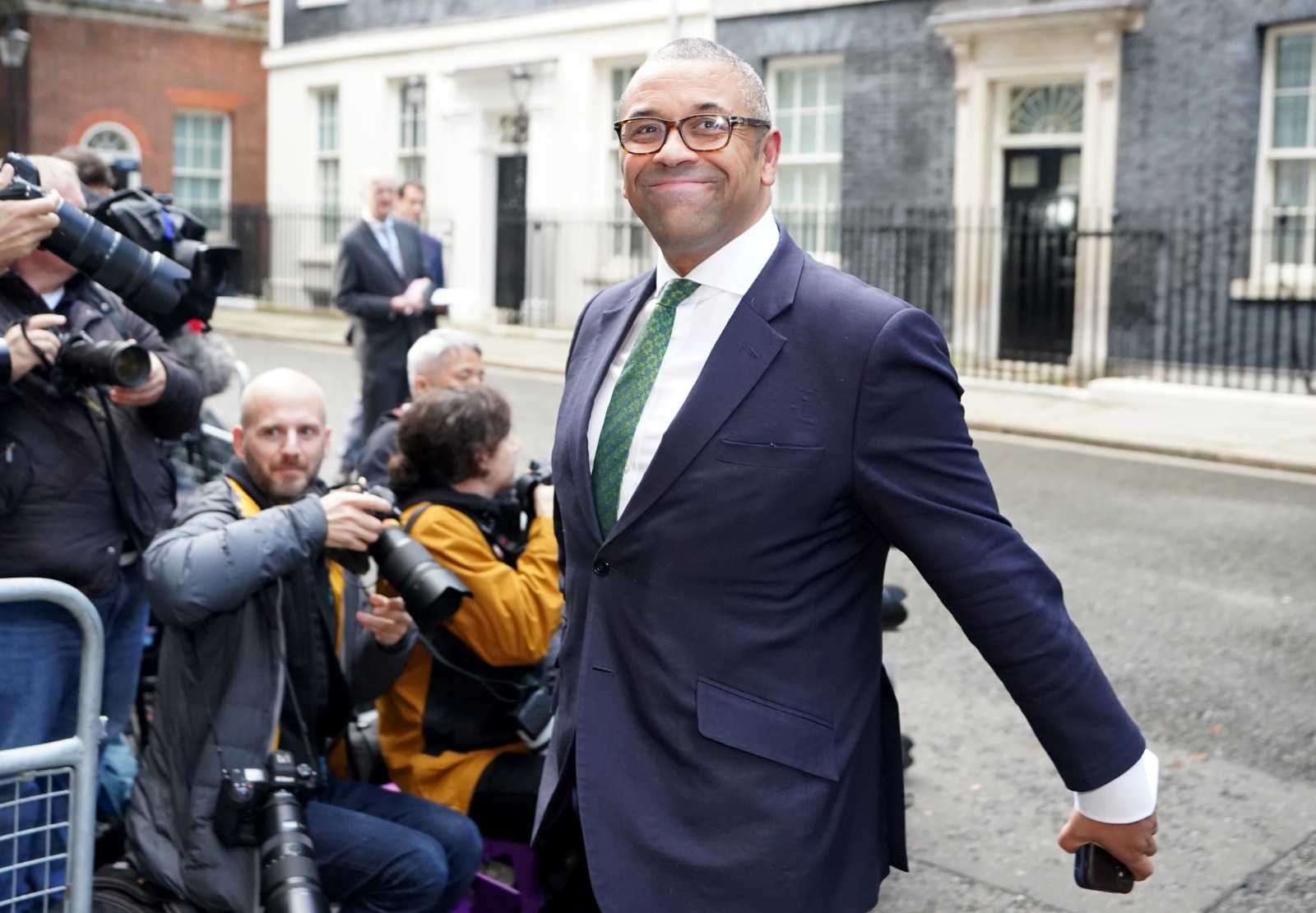 But Mr Cleverly, who previously was Europe Minister, has been involved in the Gibraltar treaty talks and is well-versed in the issues that remain to be resolved.

In reacting to the development, the Gibraltar Government also welcomed news that Dominic Raab had been appointed Deputy Prime Minister and Justice Secretary, roles he held under Mr Johnson before being sacked by Ms Truss for his support of Mr Sunak.

“I am particularly happy also that James Cleverly has been kept in his post as Foreign Secretary, a testament to the excellent work he has done in the time he has been in post, not least in relation to Gibraltar and our important, ongoing, negotiations with the European Union.”

“Both Mr Raab and Mr Cleverly are individuals with whom I have enjoyed working in the past in their time in the British Cabinet.”

“I have written to both Mr Cleverly and Mr Raab to congratulate them on their appointments and to highlight how useful itis to have them now in posts that will relevant to Gibraltar.”

On Tuesday, the new Prime Minister culled nearly a dozen of Ms Truss’s top-tier ministers and also revived the frontbench careers of Dominic Raab and Suella Braverman who were forced out under Ms Truss.

Mr Sunak kept Jeremy Hunt as Chancellor too after the Conservative leader warned the UK is facing a “profound economic crisis” in his first speech since being appointed by the King.

Mr Hunt, brought in by Ms Truss to rescue the economy after her disastrous mini-budget, warned “it is going to be tough” ahead of his Halloween financial statement.

Boris Johnson loyalists who stayed close to Ms Truss, including Jacob Rees-Mogg, were among the 11 ministers who were out of government.

Mr Sunak vowed to fix the “mistakes” of Liz Truss’s leadership as he braced the nation for “difficult decisions” ahead.

The freshly appointed Conservative leader warned the UK is facing a “profound economic crisis” in his first speech after being asked to form a Government by the King.

Over an hour after Ms Truss defended her botched economic strategy in her farewell speech from Downing Street, Mr Sunak stood outside No 10 criticising her brief and chaotic tenure.

Mr Sunak said his predecessor, whose 49 days in office made her the shortest-lasting PM in history, was “not wrong” to want to drive up growth, describing it as a “noble aim”.

“But some mistakes were made. Not born of ill will or bad intentions – quite the opposite in fact. But mistakes nonetheless,” he added.

“I’ve been elected as leader of my party and your Prime Minister in part to fix them – and that work begins immediately.”

Mr Sunak, 42, became the UK’s first Hindu PM, the first of Asian heritage and the youngest for more than 200 years when he was appointed by Charles at Buckingham Palace on Tuesday morning.

Ms Truss had used her valedictory speech to stress the need to be “bold” as she defended her tax-cutting ideals despite being forced to reverse most of her policies.

She made no apologies for her disastrous mini-budget and stressed the need for lower taxes, before wishing Mr Sunak “every success, for the good of our country”.