Chief Minister Fabian Picardo said this week he remained “very confident” that a UK/EU treaty for the Rock’s post-Brexit relations with the bloc could be agreed.

Speaking at a reception hosted by the Gibraltar Government at the Labour Party conference in Brighton, Mr Picardo said the treaty, if agreed, would guarantee fluidity for people moving across the border between Gibraltar and the Schengen area starting in Spain, as well as “the potential” for fluidity of goods too.

Mr Picardo said Gibraltar was "very conscious" of the difficulties it could face without a deal, but he remained optimistic of prospects for an agreement and said talks could start "soon".

“I'm very confident that we're going to be able to do this treaty...” he told guests.

“I believe it distils the best of what membership of the European Union meant for Gibraltar into a new, bespoke arrangement, and I know that our friends in the Labour Party, on the front bench and on the back benches, and not just in Parliament but in the whole Labour family, are looking on to ensure that Gibraltar is protected and that nothing goes wrong in this critical period as we try and finalise this UK/EU treaty on Gibraltar.”

“I can only ask you to continue to keep that watchful eye on Gibraltar.”

“Because we are entirely committed to our relationship with the United Kingdom as a part of British family of nations.” 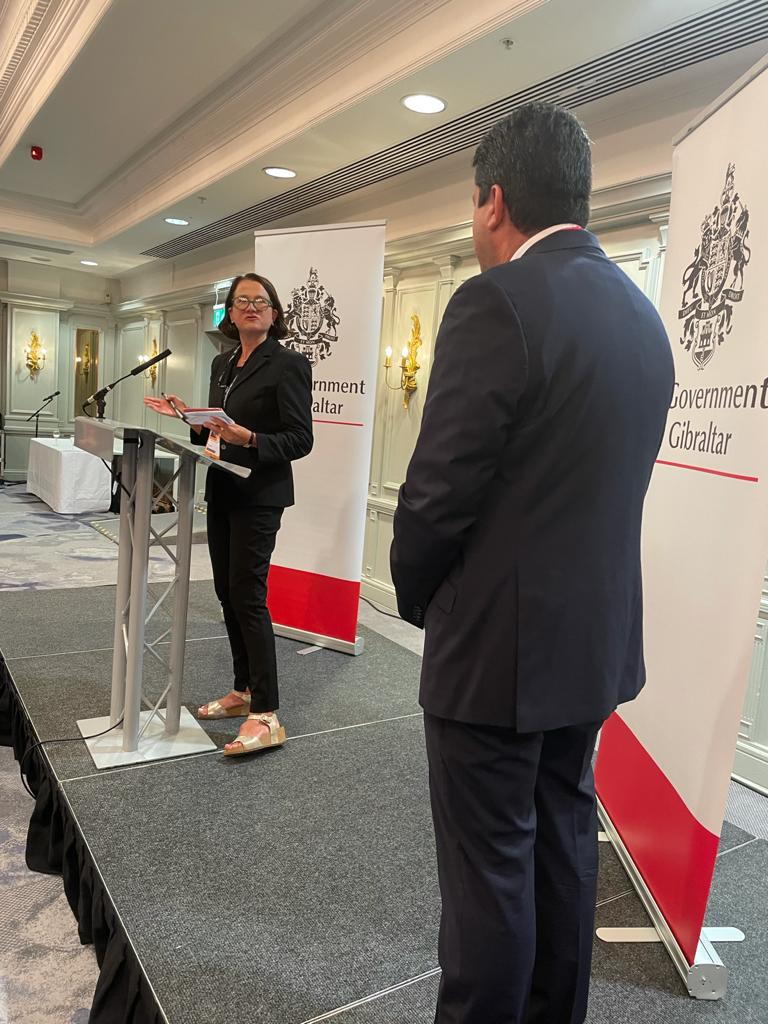 Catherine West, Labour’s shadow Minister for Europe and the Americas, told guests that Gibraltar enjoyed the party’s support as it approached “crunch point” in determining the shape of its future outside the EU.

Ms West, who has yet to visit Gibraltar but has participated in virtual briefings for MPs, reflected on this community’s overwhelming vote for Remain in the 2016 referendum - “a bit like my constituency”, Hornsey and Wood Green – and on the longstanding relationship between Labour and the GSLP.

“I'm very conscious of the need to ensure that Gibraltar continues to enjoy the benefits and prosperity that it derived from the membership of the EU through the UK, but also that we continue to deepen our relationship as the years go on,” she said.

“Obviously, Gibraltar should be fully involved in and represented at all negotiations and arrangements which the UK carries out with the EU to ensure its particular position and its particularities are fully protected and respected.”

“We know that now, as you face certain challenges in the coming months - mainly legal bits and pieces - that we will be there whenever you need us.”

“We fully support the double-lock concept by which the UK makes clear it will never enter into arrangements under which the people of Gibraltar would pass under the sovereignty of another state against [their] wishes.”

“You have our support.”

‘We’re very close to the deal’ on Gibraltar - Albares