A new metallic plaque has been fixed at the entrance to Gibraltar House in London to celebrate Gibraltar being part of the Commonwealth community of nations.

The walkway starts at Australia House and then India House, both close to Gibraltar House, and ends at Marlborough Palace, the seat of the Commonwealth Secretariat whose own plaque was set in the pavement last week. 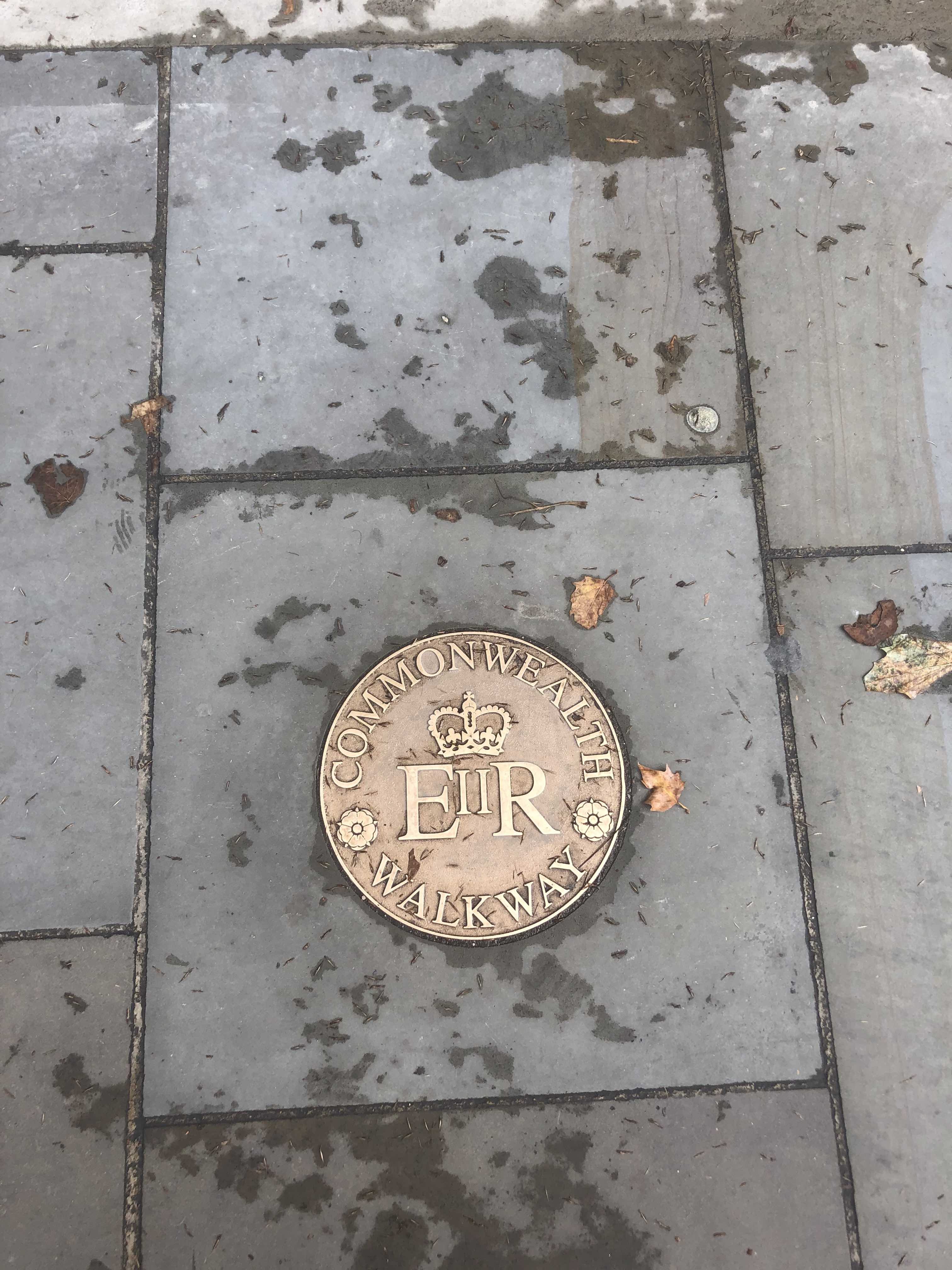 Commonwealth countries all over the globe have sponsored their own Commonwealth Walkways and the trust, which operates with public and charitable support, has expressed the view that a walkway in Gibraltar would be a welcome addition their network. Members of the Trust visited Gibraltar in 2018.

Last year, the Queen launched the London Commonwealth Walkway in the gardens of Buckingham Palace during the Commonwealth Heads of Government meeting.

Deputy Chief Minister Dr Joseph Garcia said: “Gibraltar’s relationship with the Commonwealth has always been important to us and becomes all the more so as Brexit unfolds. Recognition of our place in the Commonwealth of Nations with our inclusion in the London Commonwealth Walkway is a welcomed cultural gesture as we continue to work to find and build on the opportunities that the relationships with people and members of the Commonwealth can bring. It also reinforces our strong ties with the United Kingdom and London and with the wider British family.”