Gibraltar celebrated the return of the Three King’s Cavalcade after a two-year absence due to the Covid-19 pandemic.

Both sides of Main Street were lined with people waiting to watch the Cavalcade and collect their sweets from Gibraltar Cultural Services staff and volunteers. 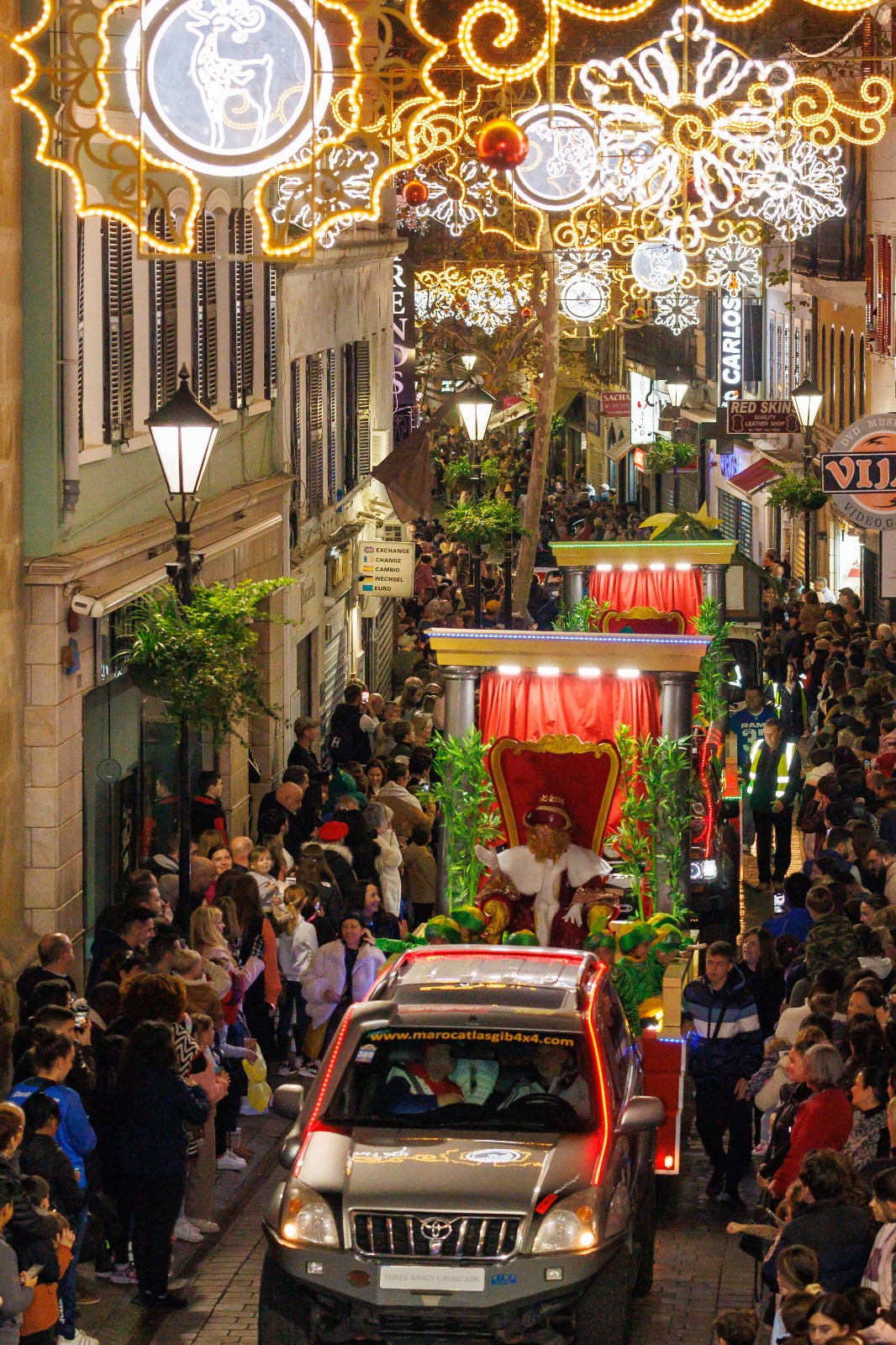 This year saw 10 floats, as well as four walking floats and four bands take part in the Cavalcade.

The Senior winners were GJBS with their Avatar themed float, with Lol Productions coming in second with their Emporium float, and in third place were the Balloqui Family with Aladdin. 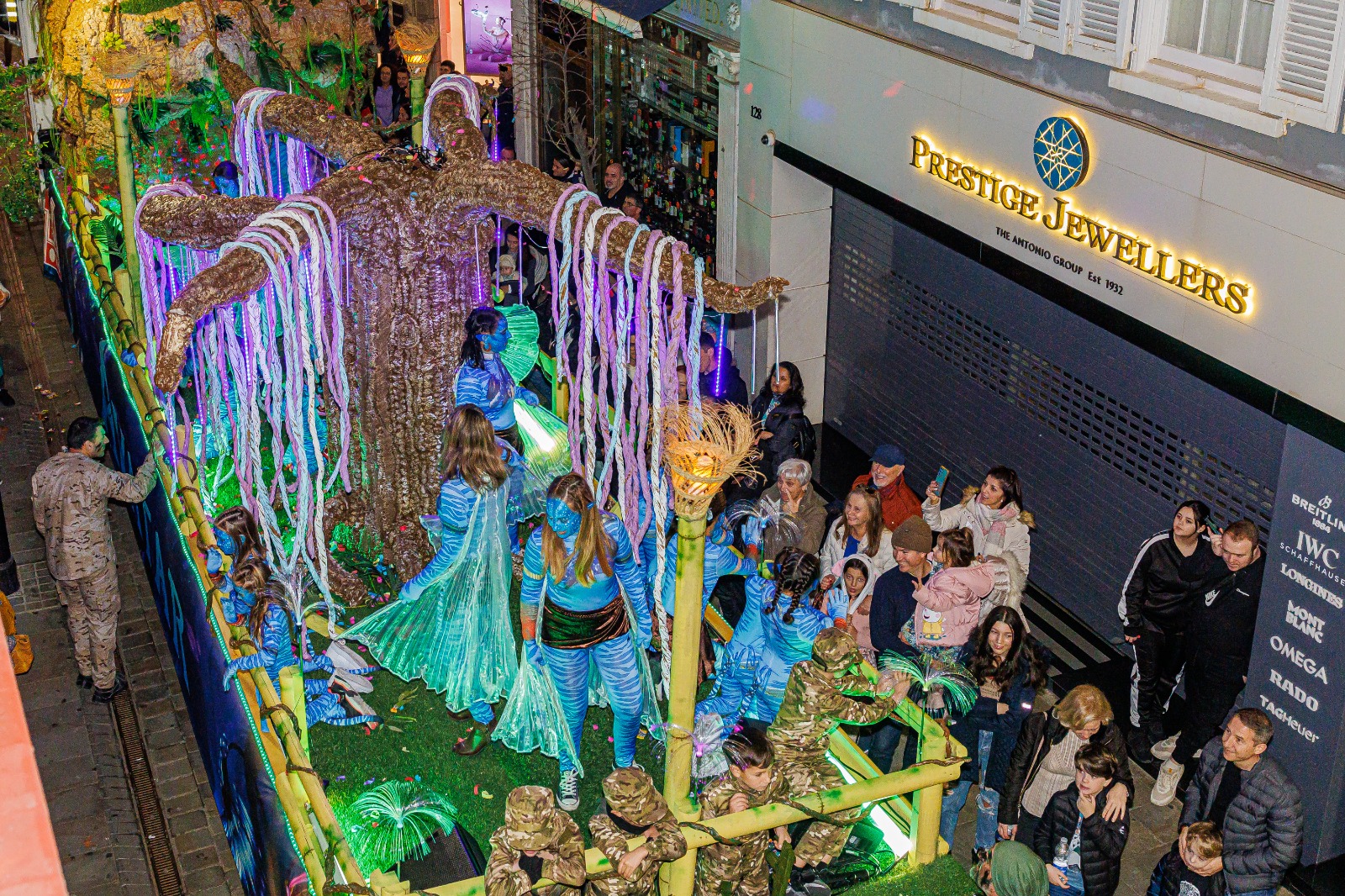 The Junior winners were the Eastern Beach Family/Roberts Family with their Disney film themed float ‘Encanto’. In second place was Lynx Football Club with their Circus float and in third place were the Youth Service with their 60-year anniversary celebration and Special Ops with ‘Don’t play the game, live the game’.

Senior Manager at GJBS, Stephen Valarino, told the Chronicle team at GJBS worked on the float for around three weeks, deciding to theme their float on Avatar with the new film now in cinemas.

The team chose to theme their float on Avatar back in the summer and found it a lucky coincidence that the release date of the film was at around the same time as the Cavalcade. 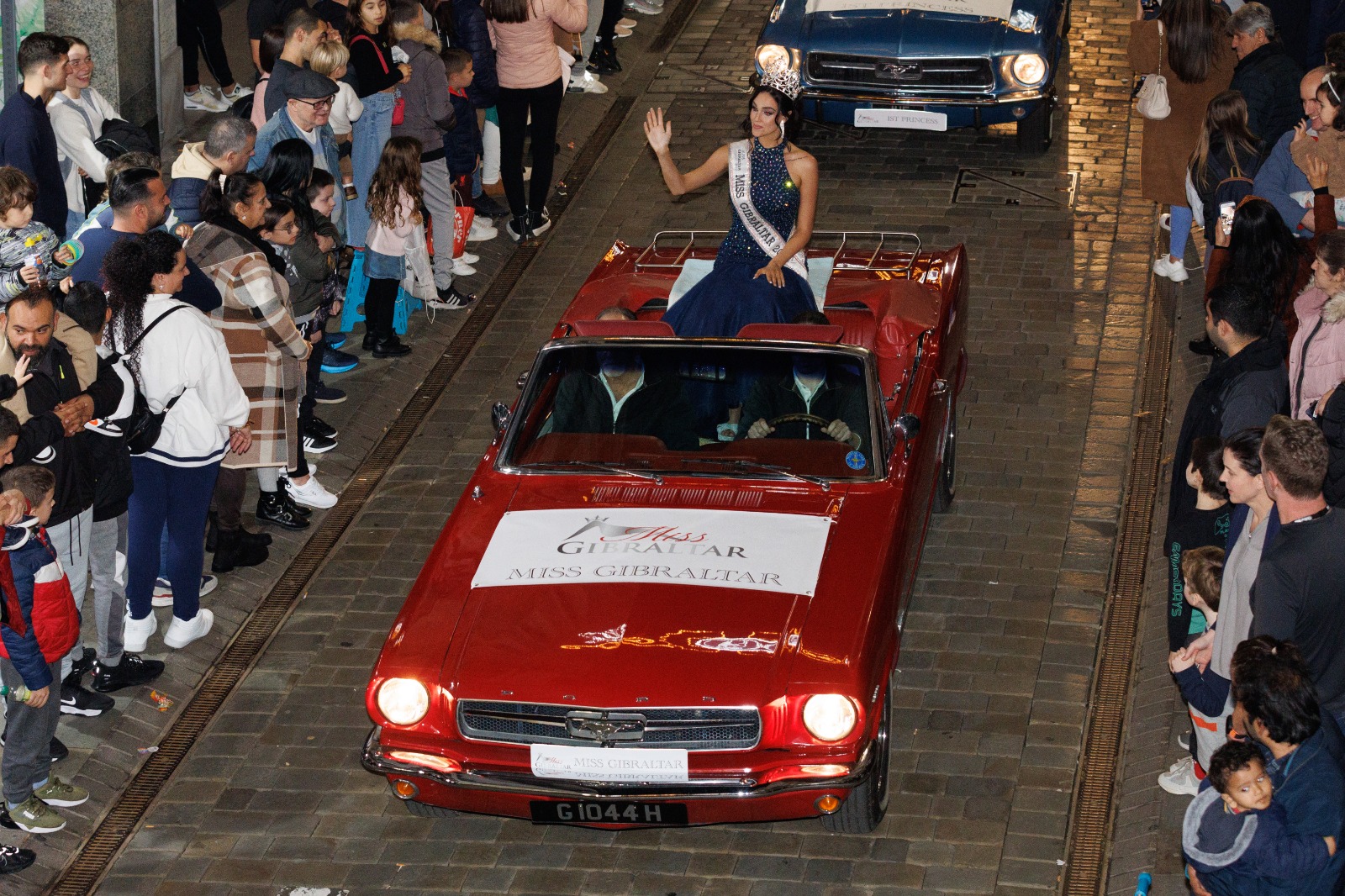 "We chose Avatar as we thought the kids would love dressing up, it was a coincidence that the second one was coming out," Mr Valarino said.

On board the float were around 20 children and 12 mothers, with another group of 12 having worked on the float.

After a two-year break from the Cavalcade, GJBS were happy to see it return. 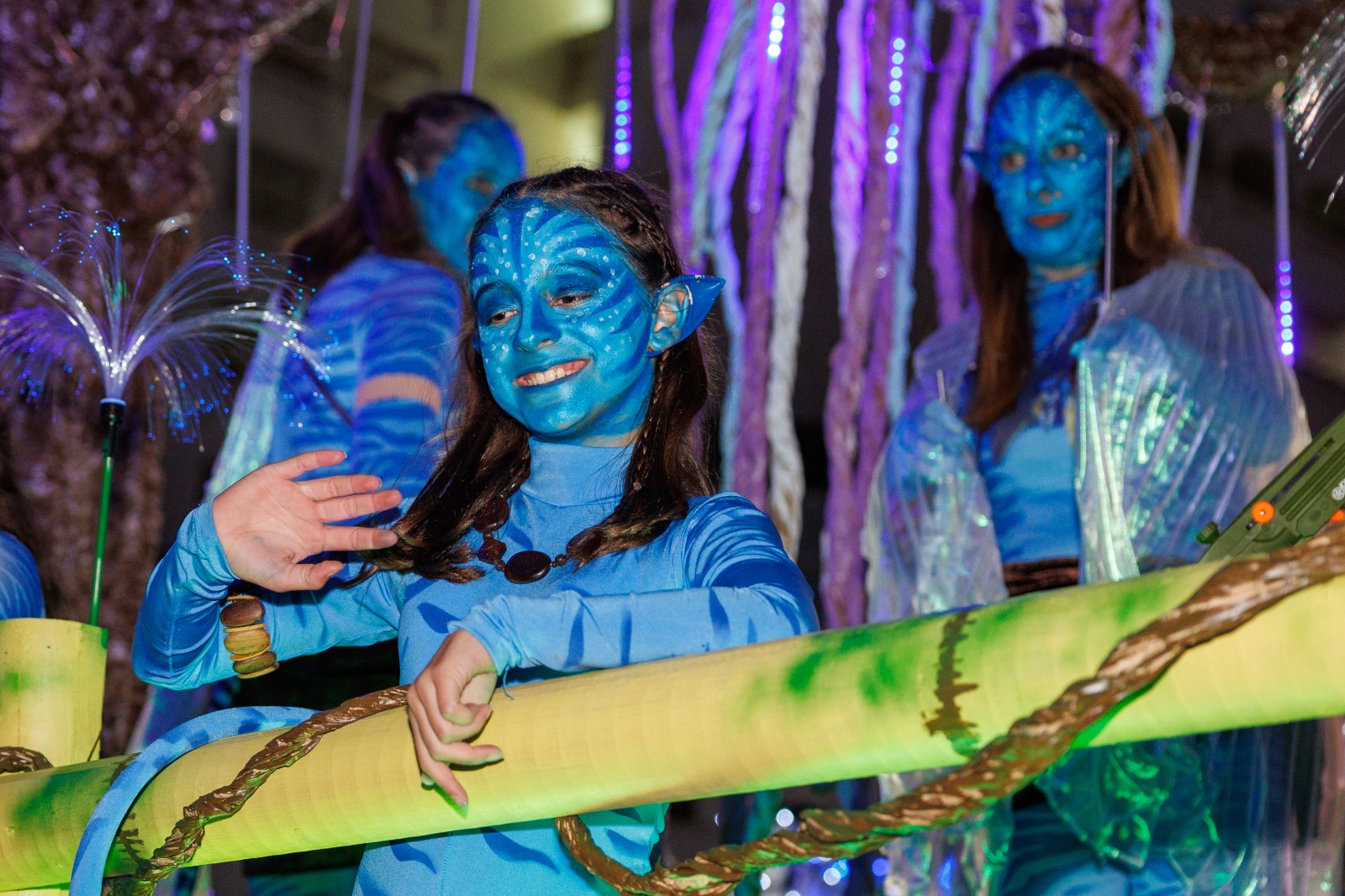 "I think it's fantastic, I was really concerned that we wouldn't have one," he said.

"Whoever decided for this to go ahead has taken the right decision, you just have to look around. Everybody looks forward to a big community event." 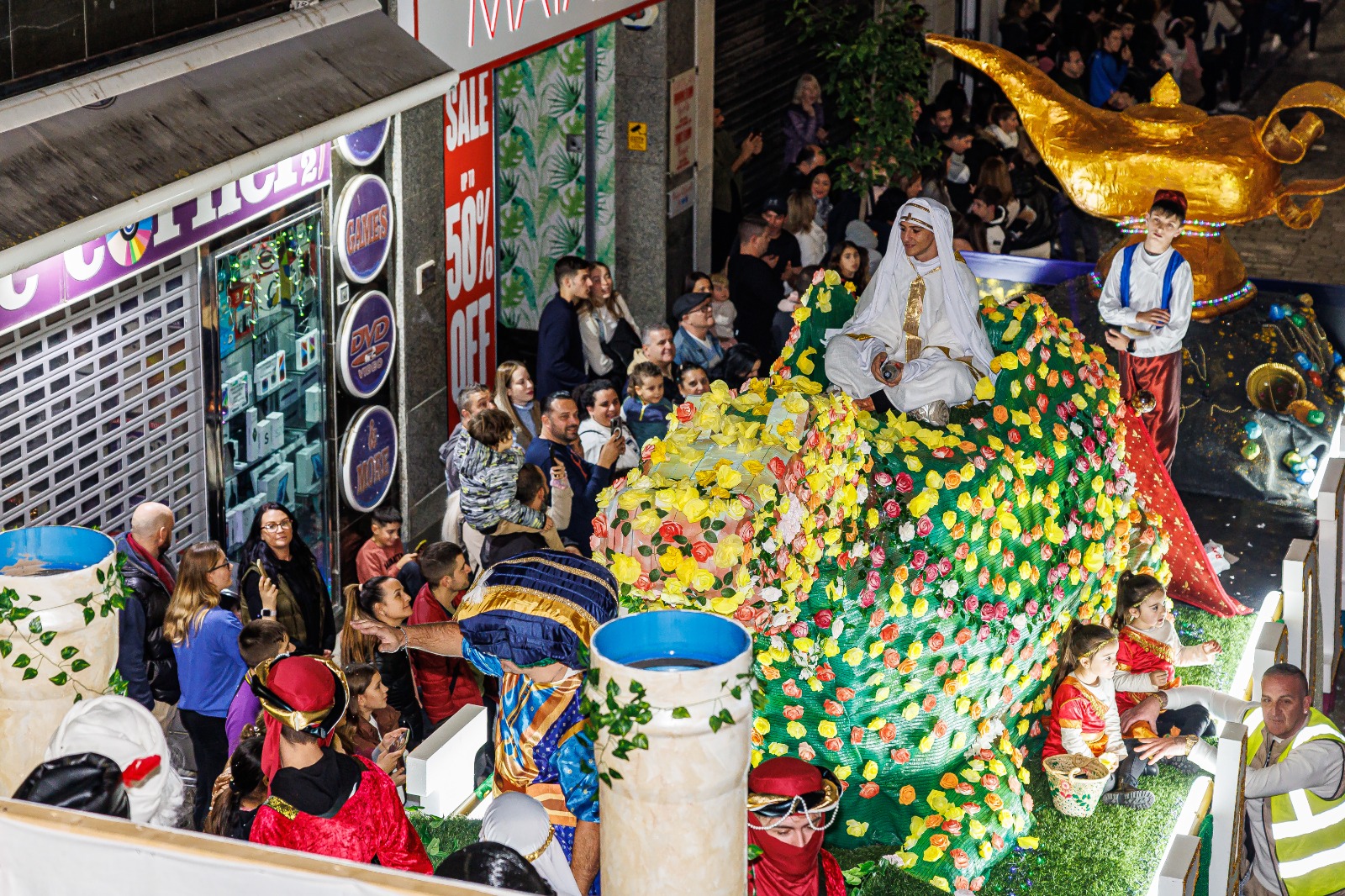 For the Balloqui family this marked their sixth year taking part in the Cavalcade, with this year's float inspired by Disney film Aladdin.

The 30-strong extended family come together every year to provide a fun float for the community, and they welcome the return of the Cavalcade.

Lorraine Buhagier said every year brings it new challenges, but that it was good to be back after the pandemic.

"Every year has it's challenges, and every year more complications arise, but we are a big family and we're able to actually sort out everything," she said.

"It's been very hard work, the only downfall to this year is we got our trailer on the 27th of December." 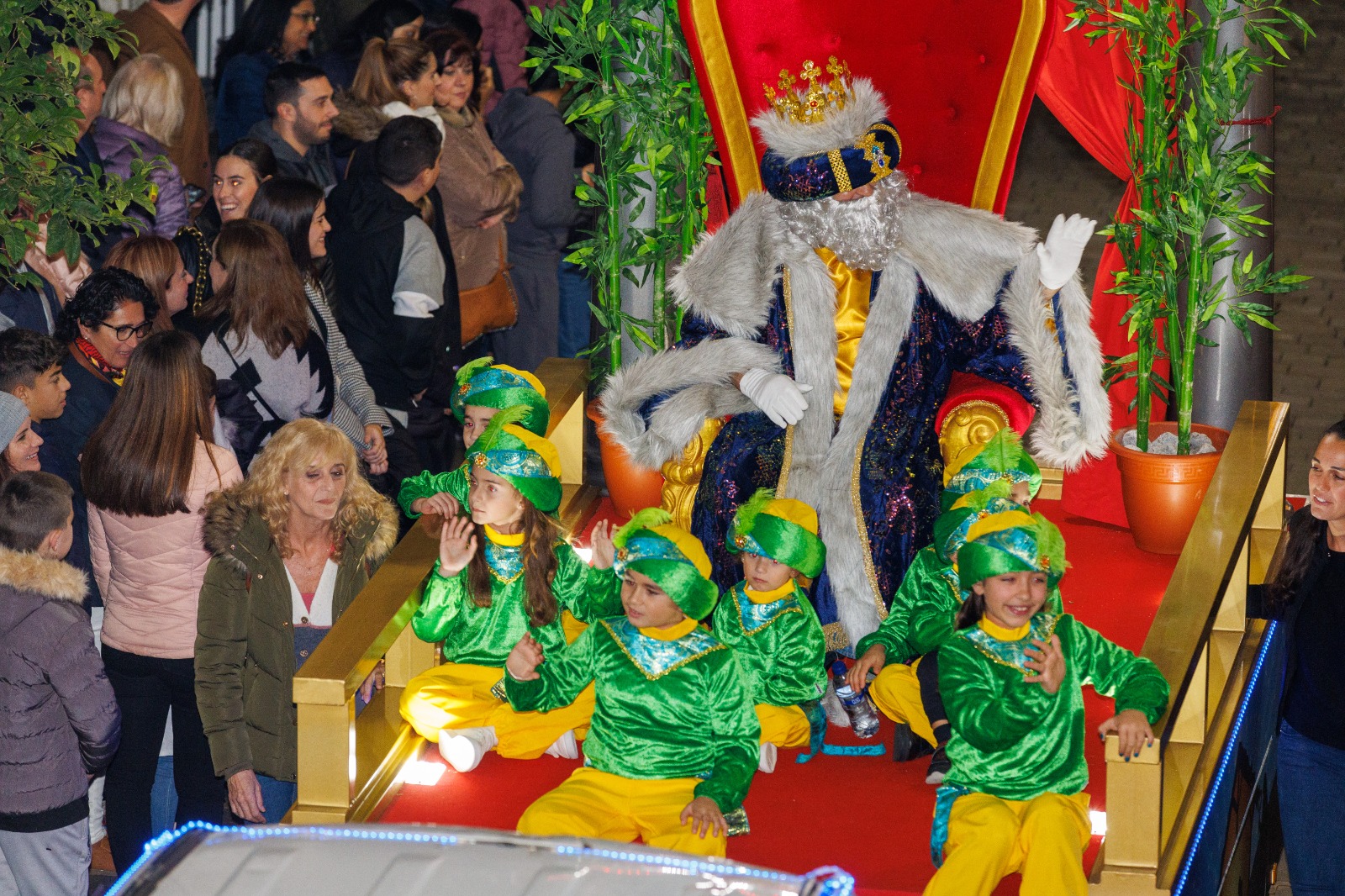 This meant the family stored elements of the float at home, until the trailer arrived and they were able to place it.

"For me this has been one of the most enjoyable ones because we've had the two-year break of Covid," she said.

She added the family were concerned that due to Brexit some of their materials took longer to arrive than usual.

"I've really enjoyed it and most of all it is very rewarding," she said.

Together they created Aladdin's lamp and the camel at Midtown Coach Park, as they were unable to store those pieces at home. 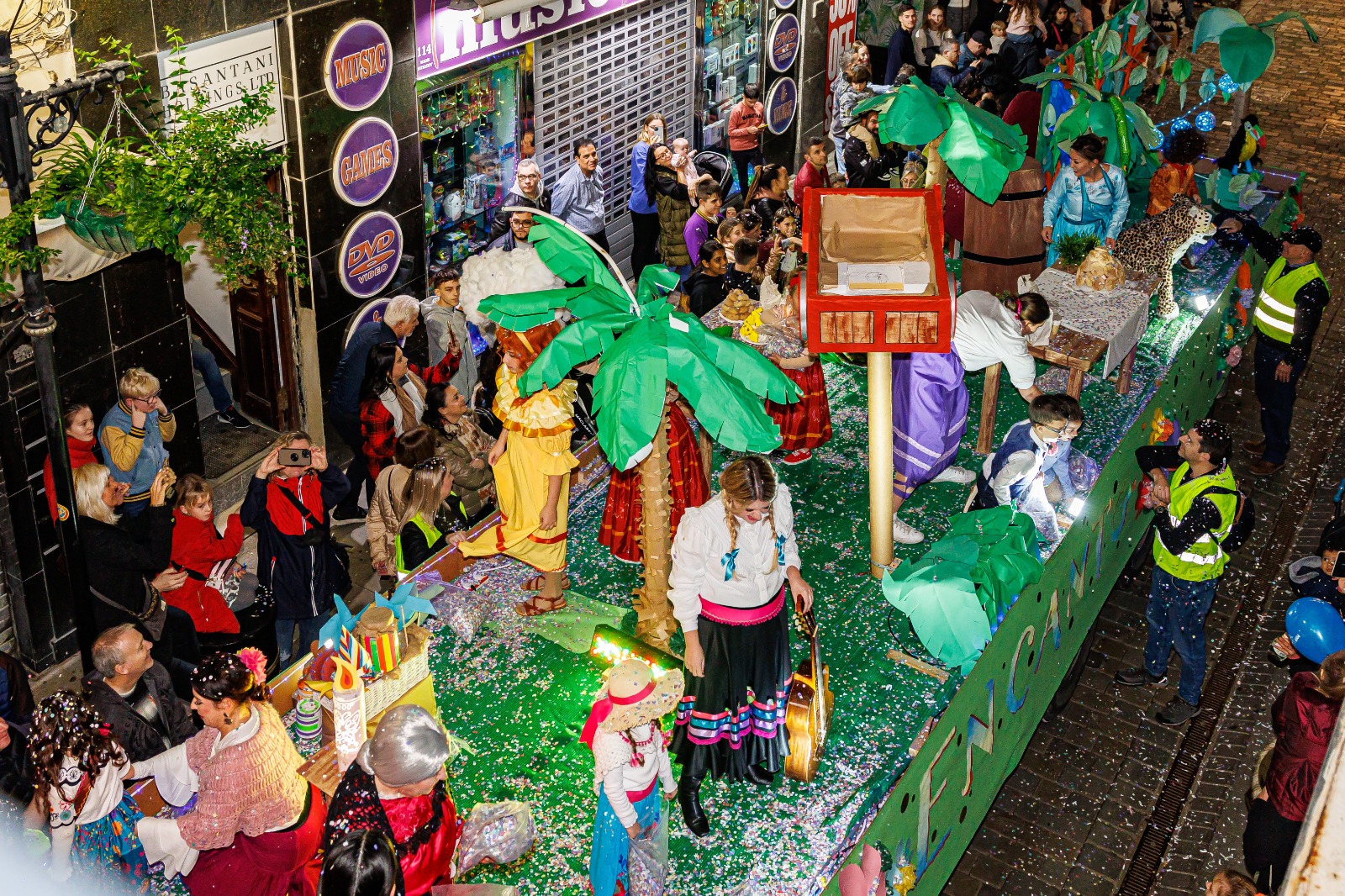 Encanto was the theme for the 'Eastern Beach Family/Roberts Family', with the preparations starting in August.

Sarah Jane Roberts starting planning with her eldest daughter, and in early December they began work in MidTown Coach Park.

"All the kids are really excited so we were missing [the Cavalcade]."

She thanked all those who contributed and gave their time to help out with the float. 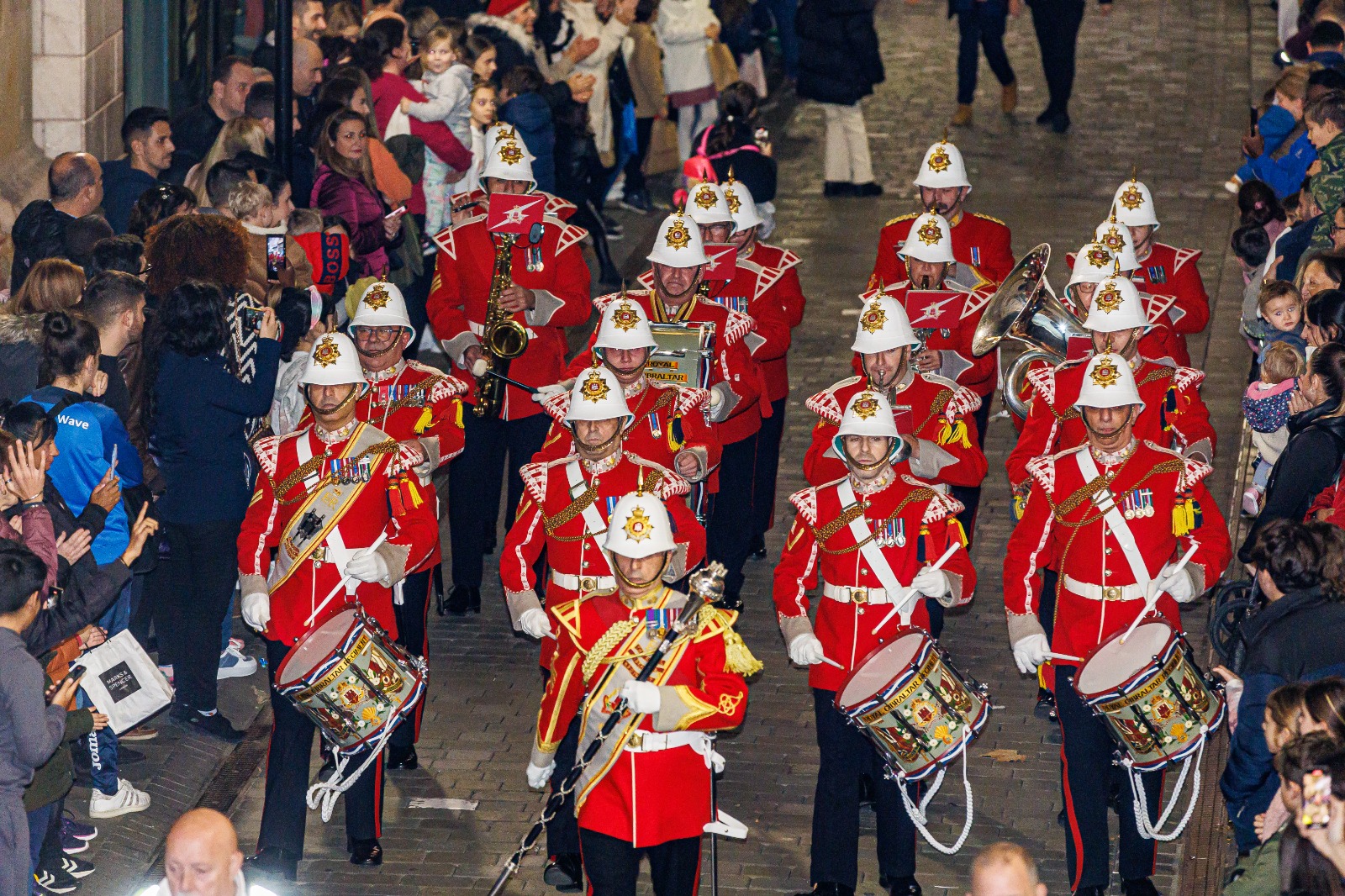 When OS 35 beached in Catalan Bay in August last year, Resolve Marine was involved in the salvage of the ship.

Taking inspiration from real life events, the teamed up with MetalRok Ltd worked together to create an OS 35 themed float for this year's Cavalcade.

Desiree Walker and Davina Mañasco worked on the float alongside a team of volunteers.

"The float was done with a lot of up-cycling and recycling as Metalrok is a local waste recovery [company] and Resolve Marine recover from the sea," Ms Walker said.

The children dressed up as salvage workers onboard the float, and the team of around nine volunteers have been working on the float daily for the past three weeks.

Ms Walker said she was excited to be taking part in the Cavalcade and for the community to see this event once again. 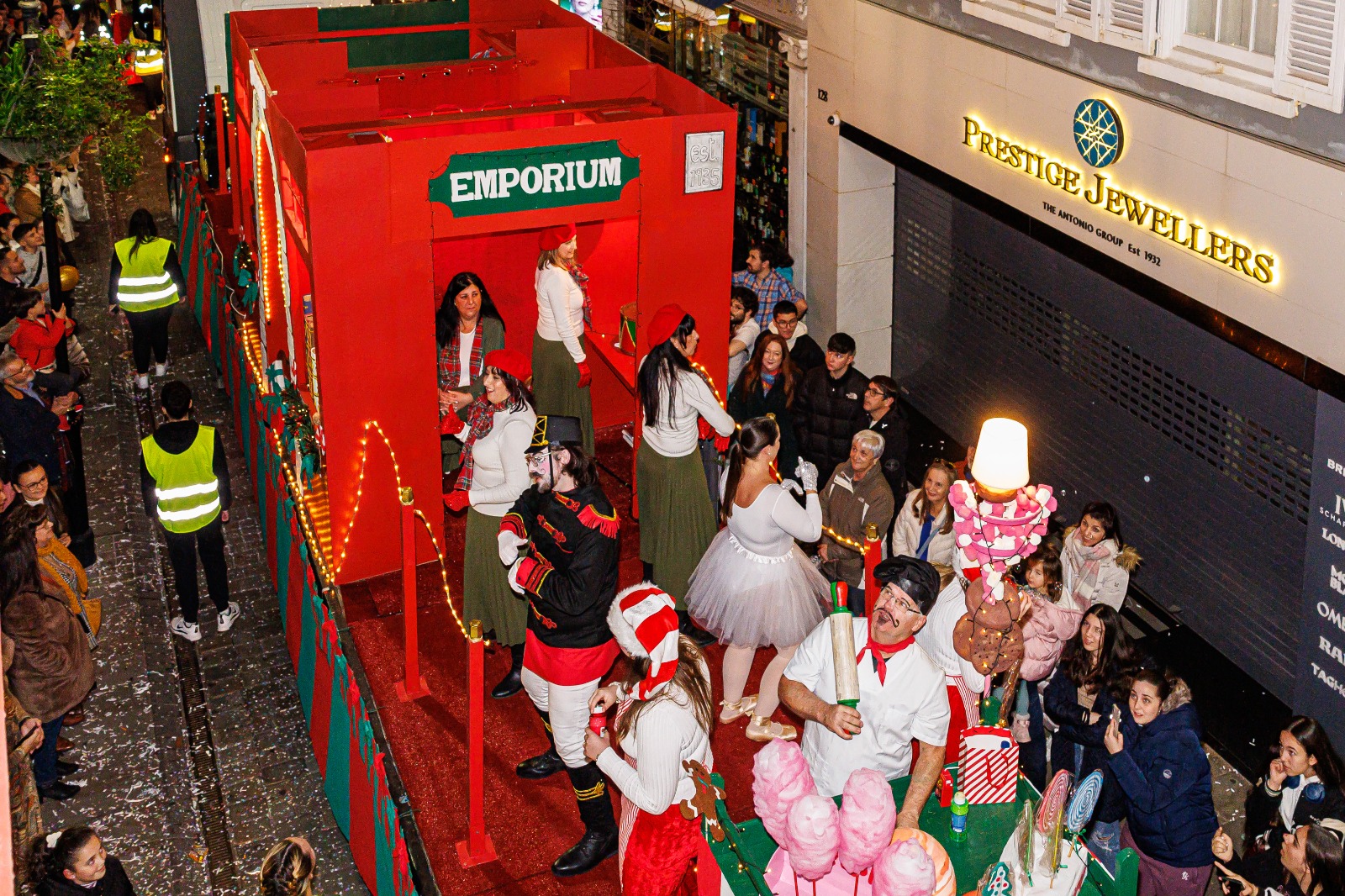 Jessica Hansen and Jordan Baker were dressed up for the Emporium themed float by Lol Productions.

The team have been working on the float every Tuesday since September, with Giselle Baker at the helm.

"The older generations will identify with the [theme] of the Emporium, it was where MotherCare stands today," she said.

"This shop is known by my generation and many of the younger generation too, so we are trying to recreate that shop which was loved by many in Gibraltar."

Mr Baker said as the Cavalcade is gear towards children they decided to them Emporium as a toy shop. 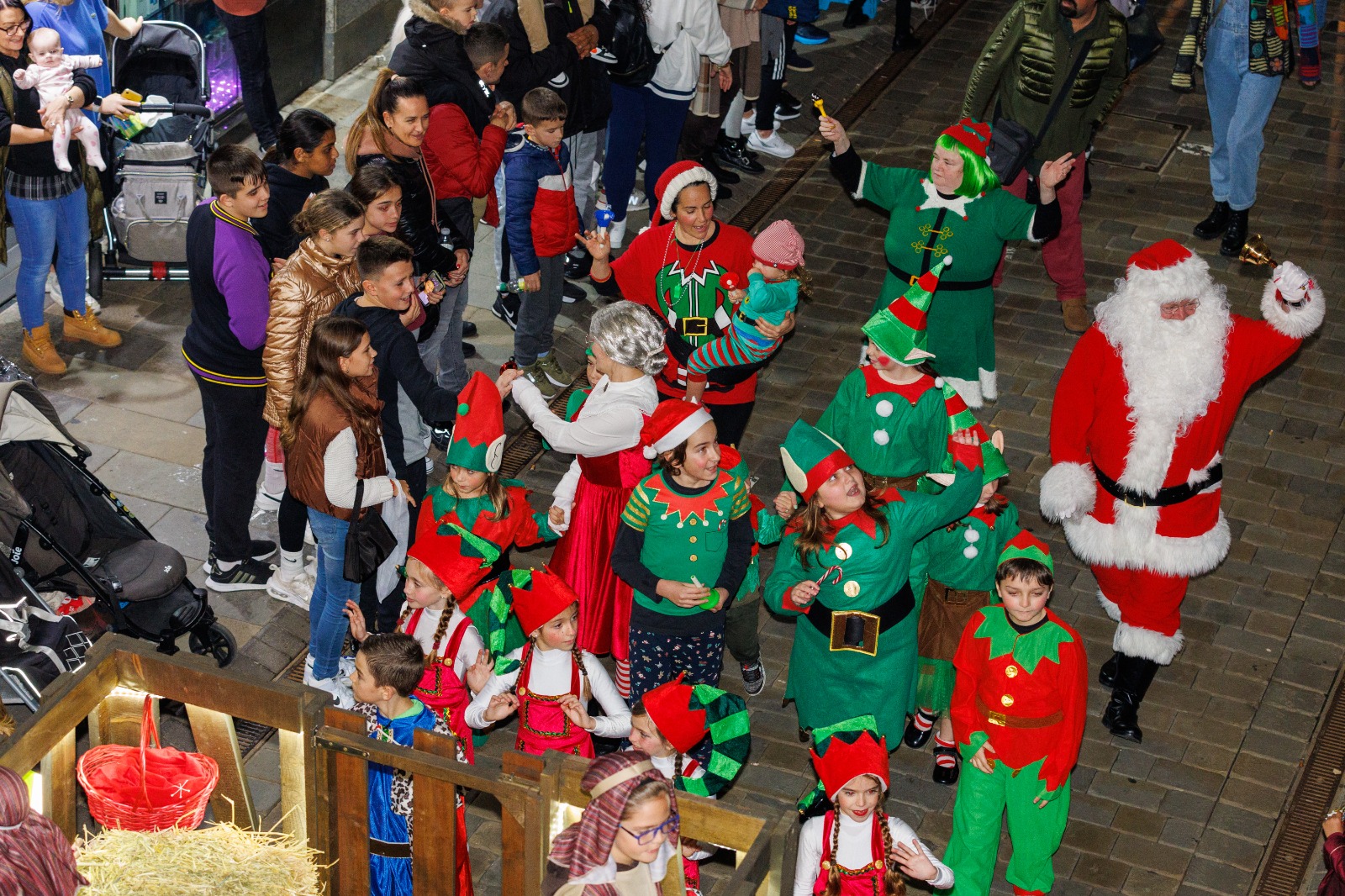 The pair said they have loved the return of the Cavalcade.

"It brings the community together," Mr Baker said.

"I mean you just have to look at Casemates, it's full of life."

The music of the float was created by Lol Productions with the song Euphoria, which won Eurovision in 2012, was adapted with the lyrics changed to 'emporium'.

"We're trying to tell a story with the songs as well not just the visuals," Mr Baker said.

Ms Hansen added they had also prepared a choreography for the event. 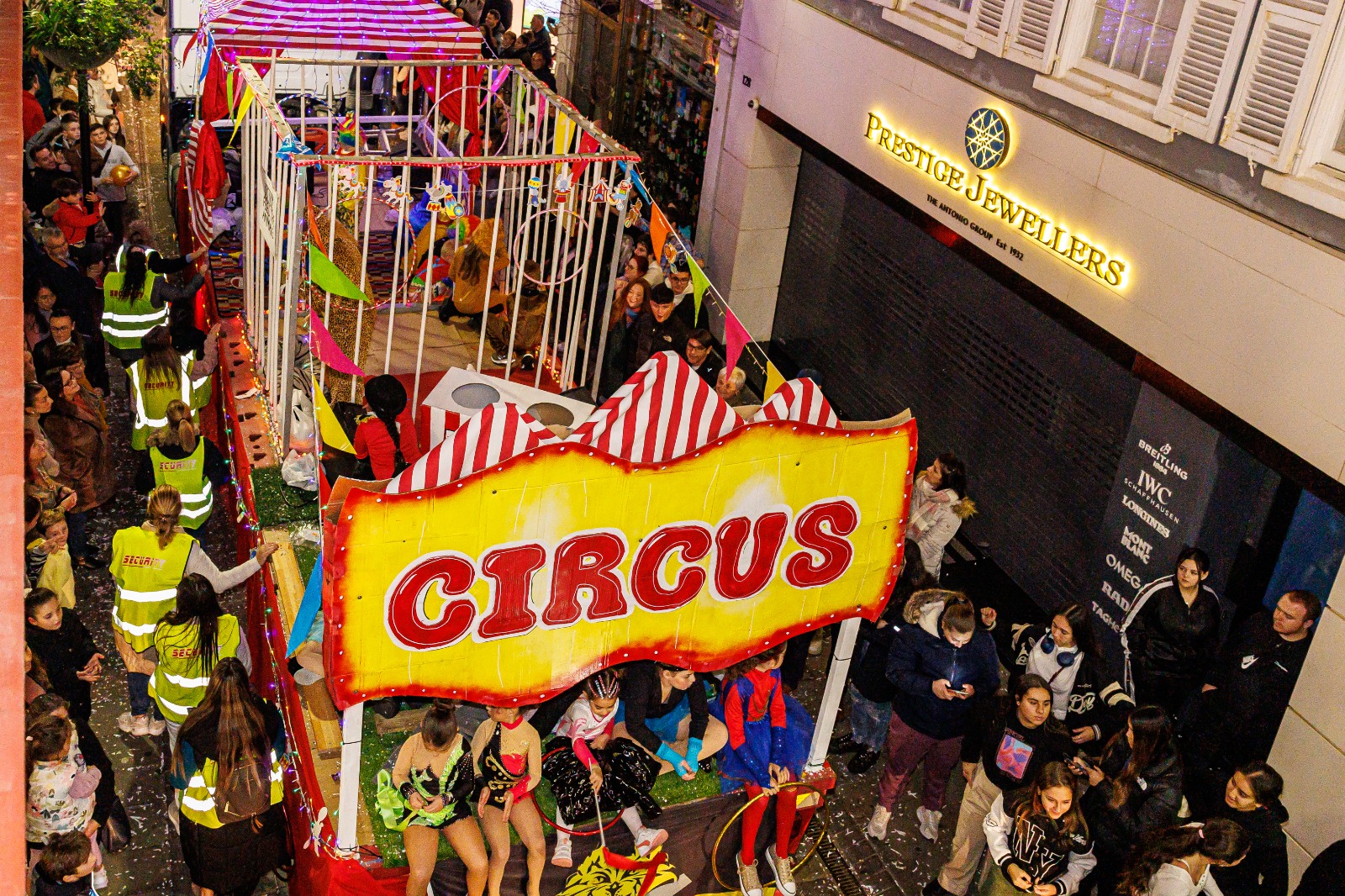 Gianna Parody from Lynx Youth Football Club said the team came up in the Circus theme and started working on the float two weeks ago.

Ms Parody said it was exciting to see the return of the Cavalcade and remarked how it was sad to see life put on hold due to the Covid-19 pandemic.

This was the fourth time Lynx have entered a float. 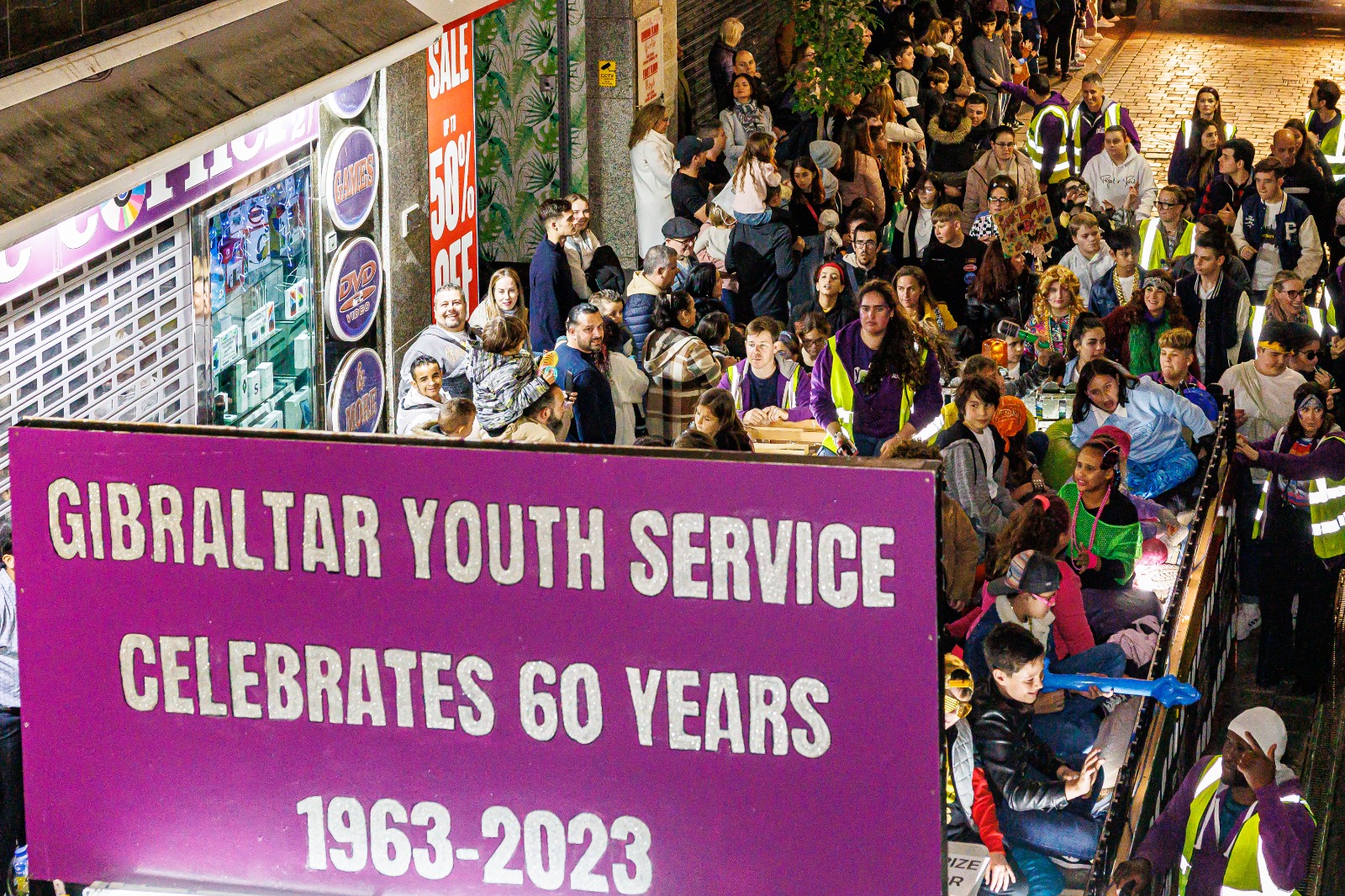 This year the Youth Service celebrate 60 years and their float paid homage to their history.

"It's been crazy to think we've been going on for 60 years, some people from the production team were looking at all the archive, and it was crazy seeing people's dads there and seeing what we used to have in the youth clubs," Rin said.

Kayleigh added that she researched the archived newspapers in the Garrison Library.

Both said it was a great experience and brought together all of the youth clubs.