Pics by The Nautilus Project and the ESG

As the professionals work hard at sea to contain and pump out the oil spill from OS35 locals took to Sandy Bay last weekend to do their bit for the environment.

Teams from NGOs such as the Environmental Safety Group and The Nautilus Project and made a combined effort to clean up any oils that reached the rocks and beach at Sandy Bay.

They were also joined at times by people from the Department of Environment and GJBS, and Oil Spill Response Ltd coordinated and briefed the group on the task. 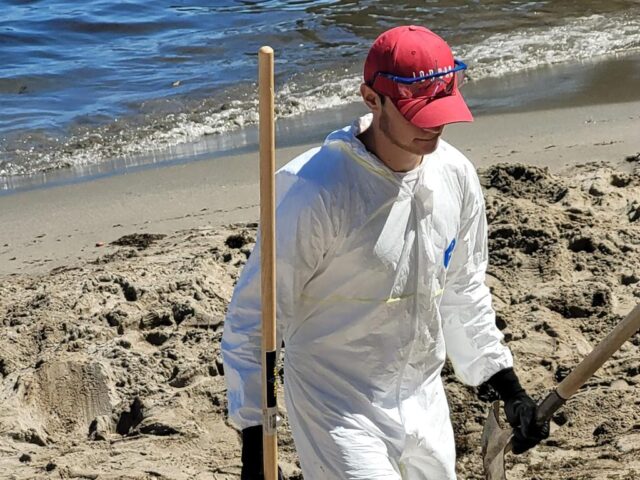 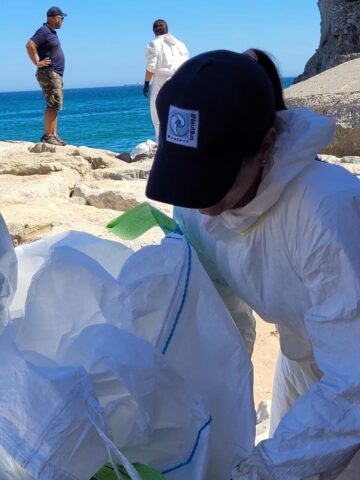 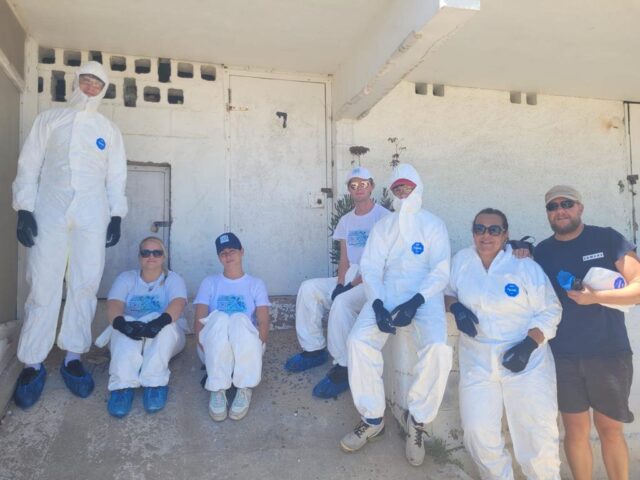 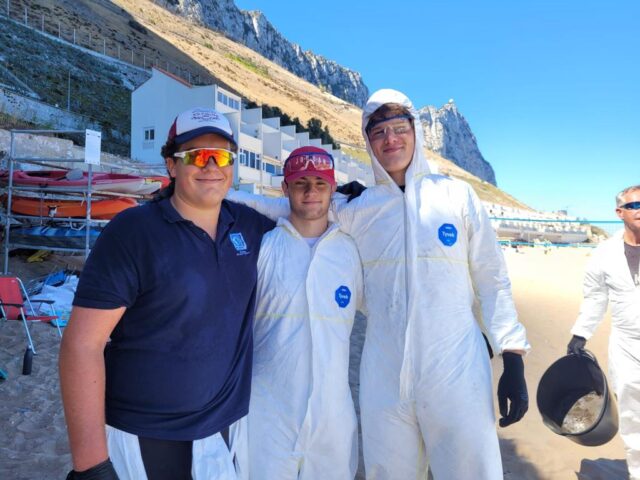 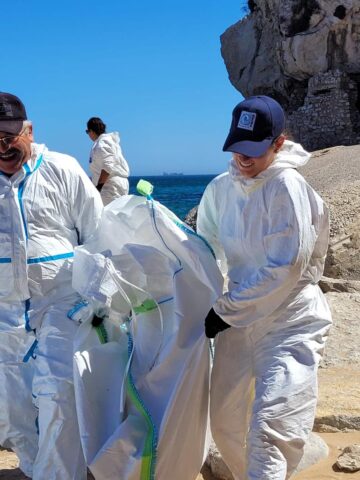 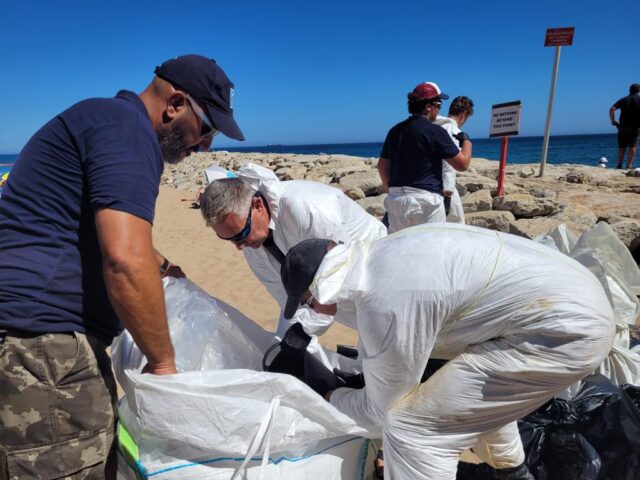 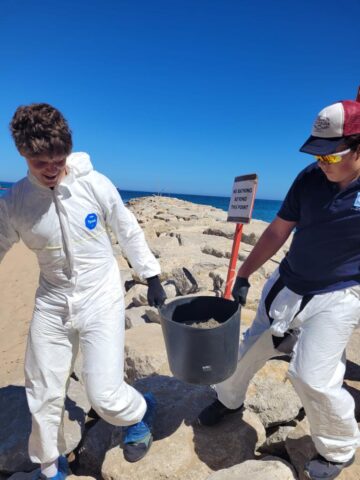 The ESG told the Chronicle it was “a great effort by all volunteers in assisting authorities in the removal of oil contaminated material from different areas in Sandy Bay.”

“Evidence of black tar splattering on coastal rocks was upsetting to see.”

“The oil stuck to layers of sand and seaweed which made its removal very challenging.”

“Further spill prevention is key here and hope news of improved containment of remaining fuels, as these are removed from the vessel, continues apace, safely and cleanly and ends asap.” 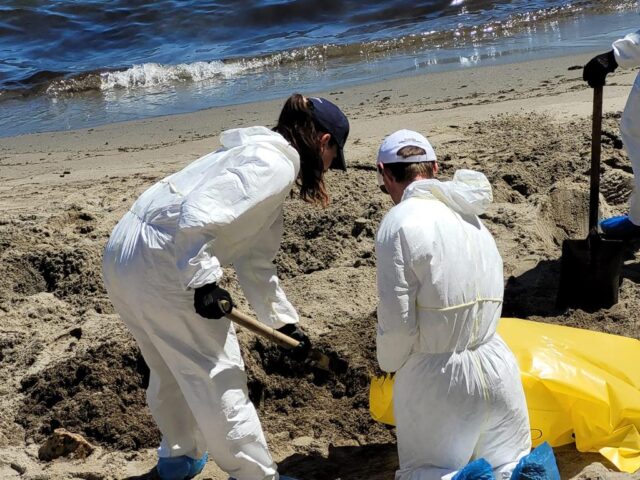 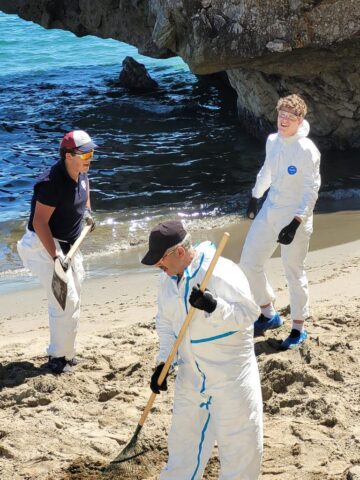 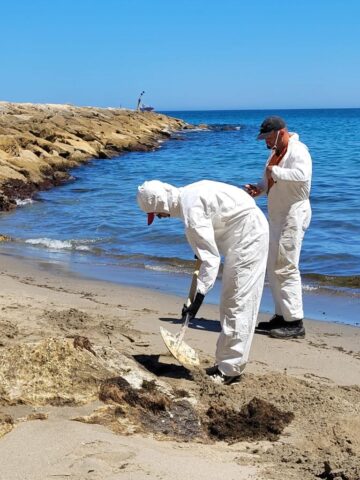 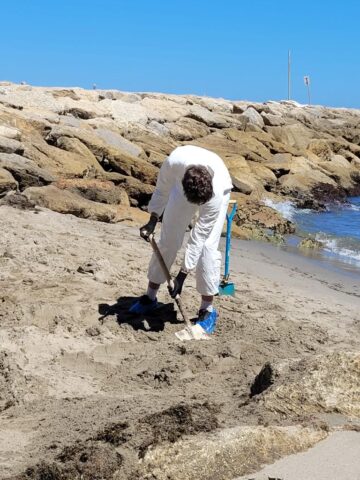 Speaking to the Chronicle, The Nautilus Project said the three-hour operation resulted in the successful cleaning of the two ends of Sandy Bay’s beach.

“Volunteers don’t necessarily have the time, but they sure do have the heart,” they said.

“It was inspiring to see some of our youth mentors hard at work.”

“Meanwhile out other youth teams have been monitoring the coastal regions.”

“We’re strongest when we unite for the good of our environment. Many hands make light work.” 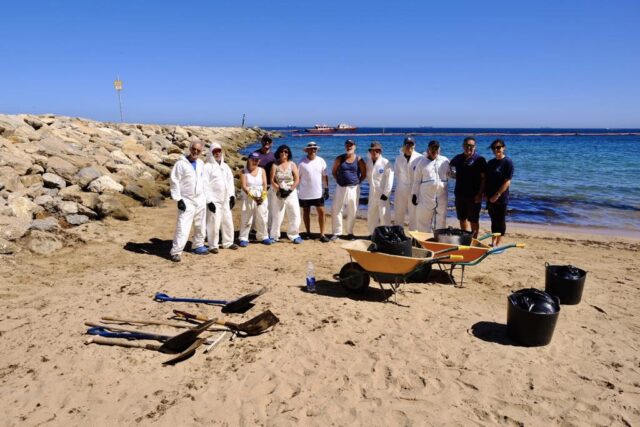 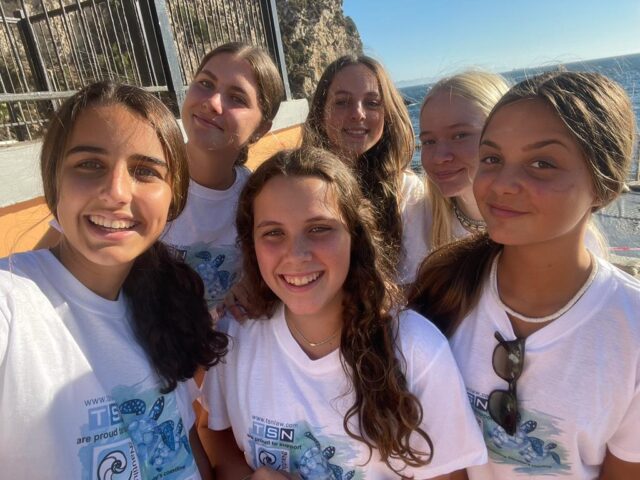