Confused about your skin cancer risk? We asked a dermatologist to clear up some common mole myths

By Liz Connor
Moles. We all know we need to keep an eye on them, but with so much misinformation floating around on the internet, sometimes it can seem hard to know what you're actually meant to be looking out for.

Firstly, it's very normal to have moles and freckles and most are completely harmless. But some moles can develop into an aggressive form of skin cancer called malignant melanoma, so it's important to clock any changes and get them checked as quickly as possible. 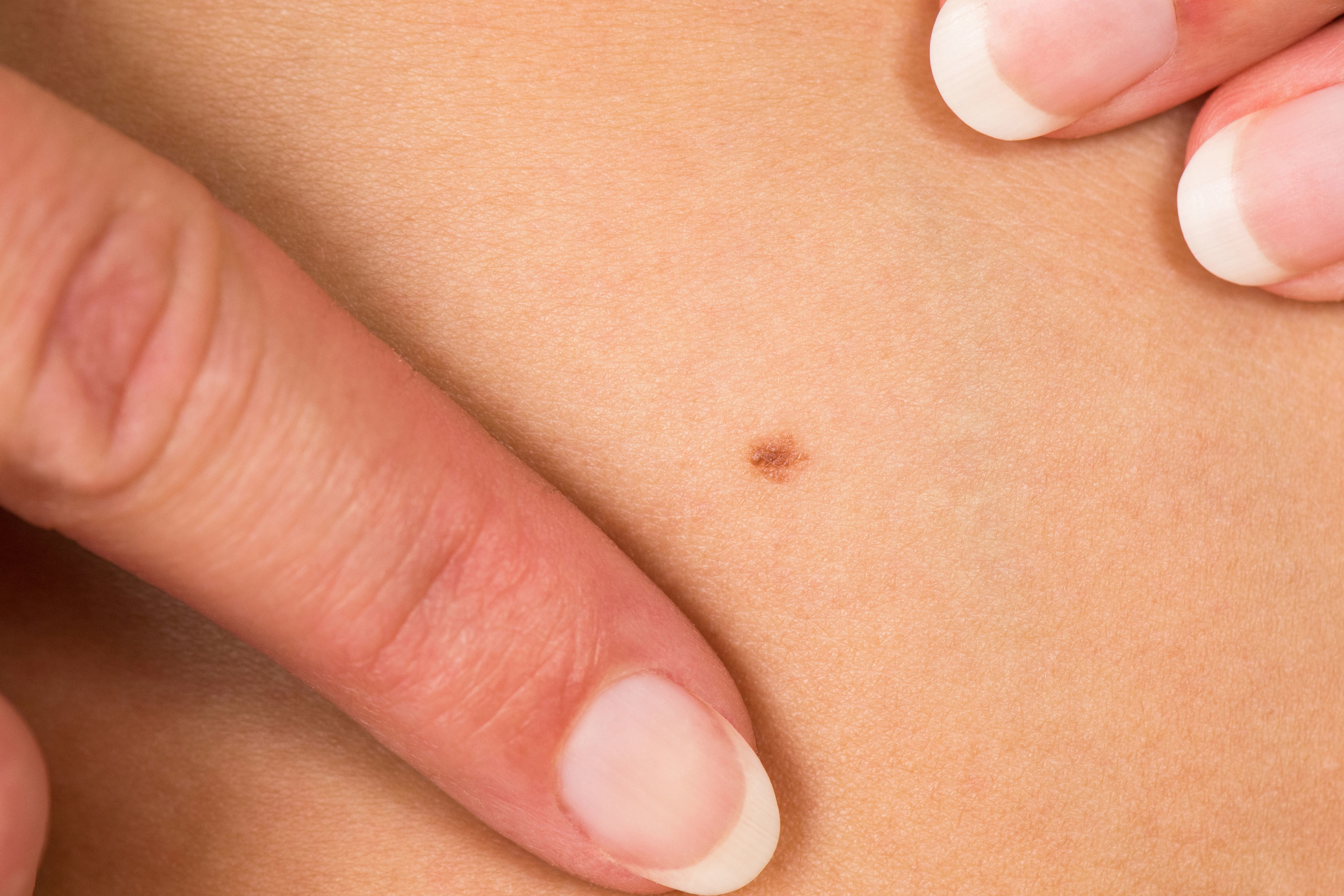 "This is true to a degree," says Dr Friedmann. "Anything up to 150-250 is normal - much above this number and the risk of melanoma starts to increase. It's irregular-looking moles you need to watch out for - and the larger and more irregular looking your moles, the larger the risk of developing melanoma."

New moles are more likely to become cancerous
Friedmann says cancer can develop in both new and old moles. However, it's advisable to keep an eye out for new ones that suddenly develop, as well as changes in moles you've had for a long time.

"About 50% of malignant melanoma will arrive in existing moles, and half will arrive in new moles," he says. "The vast majority of moles are benign but some moles have the potential to turn into melanoma. Any mole that's changing shape or continues to get bigger needs to be reviewed, whether it is new or pre-existing."

People who have more than 11 moles on their right arm could have a higher risk of skin cancer
Friedmann says: "This is false, but it could be a good indicator of how many moles are on your entire body. Anything in excess of 250 could increase your risk factor."

The sunshine in the UK is not strong enough to cause skin cancer
This is certainly not true - and it's a dangerous myth to believe, as wearing sunscreen and protecting your skin during warmer months is vital anywhere in the world, including here at home. "Many people don't realise that in the UK, UVA is still present and will cause skin damage," says Friedmann. "So again, this is false."

The darker your skin is, the more protected you are
"This is right to a degree, as the dark pigment creates a protective barrier between the skin and ultraviolet rays, but you still need to wear protection," Friedmann stresses. In other words, although people with pale skin may be generally more at risk, people with dark skin can - and do - also get skin cancer.

Friedmann adds that it's also a myth that paler people can 'tan themselves to safety' - the idea that once you've built up a tan, you're less at risk of sun damage. "The bottom line is, if you have pale skin, you cannot 'tan' yourself to safety - tanning increases your chance of melanoma," he says.

Changes should always be checked by a doctor or dermatologist
This one is categorically not a myth - because skin cancer can potentially affect anyone, at any age, and melanoma rates in the UK have been on the rise. While unusual changes don't always automatically mean you have cancer, getting things checked as soon as you notice them is always advisable. If you do have skin cancer, it's far easier to treat if picked up early.

Friedmann adds: "Our motto is simple: A change needs a check. Any mole changing in size, shape or colour should be reviewed straight away."
(PA)