This was originally sent under embargo
A couple who have been forced to use the Government’s hotel quarantine scheme after spending their honeymoon in South Africa have described their experience as “awful”.

Kate and Alex Freed, 29 and 30 years old respectively, from London, rescheduled their wedding four times as a result of coronavirus restrictions.

After getting married in September, they booked their honeymoon to South Africa. 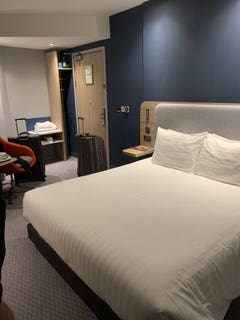 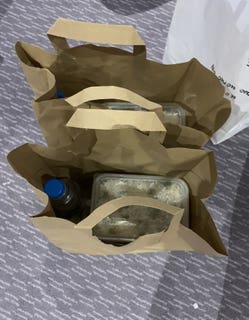 They spoke exclusively to the PA news agency on the third day of their 10-day quarantine period.

“We’d been planning the South Africa trip for ages… we didn’t book it until the green list changed and the foreign travel advice was that it was safe to go to”, Kate explained.

“To be charged for coming back to your country when the Government’s told you it’s safe to go, I think is just wrong”, Alex added.

The couple flew back from South Africa on December 2, after having their original flight home cancelled due to the travel ban.

They said it took almost six hours to get from the plane at Heathrow to their hotel, the Holiday Inn Express at Heathrow Terminal 4, including waiting in a bus from the terminal to the hotel.

“They put us onto a bus for the 30-second journey, but we were on the bus for three hours”, Alex explained.

“We were on a bus full of people, (with) no ventilation.

“It was the most unorganised mess ever. People were crying. It just seemed like something from a film, it was a bit mad,” he added.

After arriving at the hotel itself, the pair said they had food and other supplies delivered by their family, because the hotel food is “inedible”.

Day to day, guests can request to go outside for a walk. A security guard accompanies them downstairs, and they are allowed 20 minutes in the hotel car park before being told they have to go back inside, the pair said.

Travellers returning from red list countries originally faced a cost of £1,750 to quarantine in a hotel when the scheme was first announced in February.

“I’d rather pay for security outside my flat and they can watch me not leave”, Kate said.

“I don’t disagree with quarantine if that’s what the Government want to do… It’s just the cost that’s come with it,” she added.

“The way it is run is awful. I just feel something needs to be done about it,” Alex said.