By Priya Gulraj and Brian Reyes

Police in Gibraltar and Spain have arrested 47 people suspected of involvement in a people-trafficking network that allegedly used Gibraltar as a gateway into mainland Europe from Morocco.

The operation was initiated by the Royal Gibraltar Police in late 2018 and involved months of surveillance and investigation both here and in Spain alongside officers of the Policia Nacional, with additional assistance provided by the European Union Agency for Law Enforcement Cooperation [Europol].

The suspects include three people arrested in Gibraltar and another 44 detained in various locations in Spain over the past nine months.

The organisation is accused of using false information to secure UK short-stay tourist visas in Morocco with which migrants then travelled to Gibraltar by plane or ferry, later to be driven into Spain overland.

British tourist visas allow Moroccan nationals to travel to Gibraltar but not to enter Spain or the Schengen area.

The network is believed to have trafficked over 130 Moroccan nationals, each of whom is said to have paid between 7,000 and 8,000 euros for the trip. 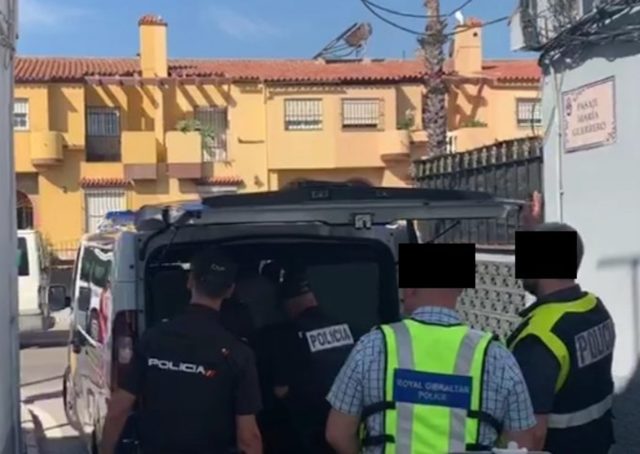 Police said that once in Gibraltar, the migrants were collected on arrival and driven into Spain, sometimes immediately, on other occasions after a short stay on the Rock, but always at night when border controls were minimal.

In La Linea, they were housed in a residential property owned by one of the alleged leaders of the network or in hostels, before travelling the following day by bus or taxi to their final destination in Spain or other European countries.

The group operated a logistical network of drivers, taxi-drivers and other collaborators in Spain who were allegedly paid up to 200 euros per migrant.

Police said migrants trafficked by the organisation were detected in 18 Spanish provinces and five European countries.

The police investigation started in November 2018 after the RGP detected a large number of Moroccan nationals arriving from Casablanca and Tangier on short-stay UK tourist visas before crossing into Spain.

The RGP quickly brought in its counterparts in Spain’s Police Nacional and established a cross-border surveillance operation that involved over 200 officers in total and hundreds of manpower hours over nearly a year. 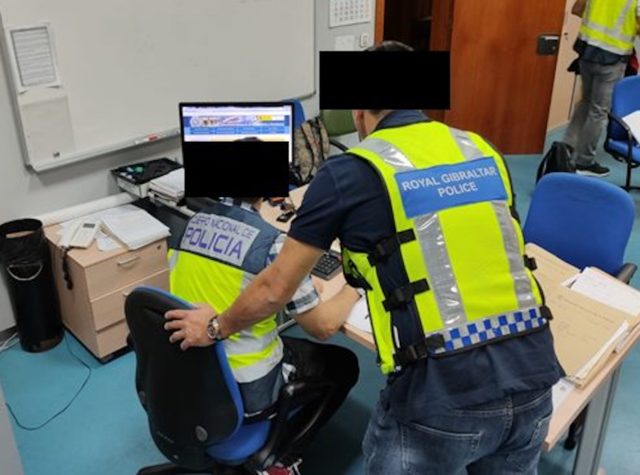 The operation was led by the RGP's Special Branch and the Policia Nacional's specialist immigration and fraud unit, the Unidad Contra Redes de Inmigración y Falsedades. An officer from Gibraltar’s Borders and Coastguard Agency was seconded into the RGP Special Branch team during the operation.

Suspects were monitored by RGP officers as they picked up migrants arriving in Gibraltar and ferried them across the border into Spain in vehicles at night.

At that point the surveillance operation was handed over to the Spanish officers, who followed the migrants on their journey to their final destinations.

According to police, migrants were charged up to 700 euros more if they required temporary accommodation or onward transportation.

In Gibraltar, undercover officers from the RGP’s Crime and Protective Services Division conducted over 60 deployments over a nine-month period involving several hundred hours of coordinated surveillance on both sides of the border, on occasions lasting several days at a time.

Over the course of that period, they mounted undercover operations each Thursday and Sunday, coinciding with the arrival of planes and ferries from Morocco.

Officers also analysed several hundred hours of CCTV footage from various locations during the course of the investigation. 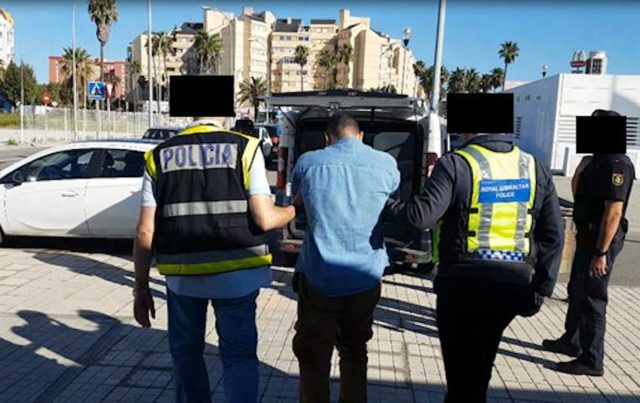 The group is said to have used complex and sophisticated counter-surveillance measures and adapted rapidly whenever one of its members was picked up.

After months of close surveillance, a strike phase was initiated and two properties were raided by police officers, one in Gibraltar and another in La Linea.

Each police force handled the searches in their respective jurisdictions, but liaison officers from the other force were present on each occasion.

That meant Gibraltarian officers were present in Spain at the time of the searches and arrests, and vice versa. 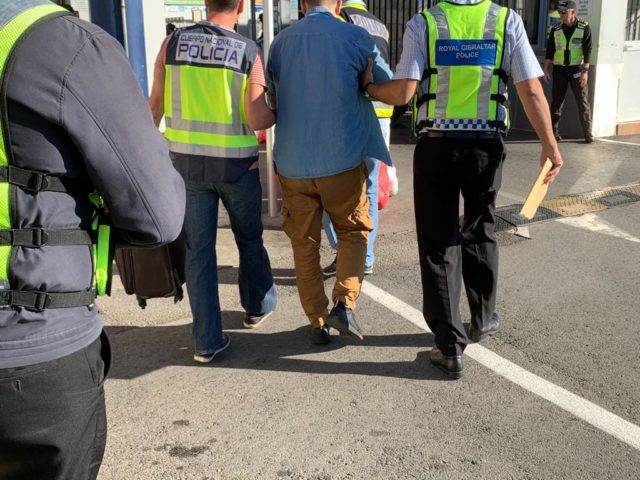 Approximately 19,000 euros in cash, 12 mobile devices, five vehicles and diverse documentation was seized during these searches.

The search in Gibraltar was conducted on the strength of a European Investigation Order issued by a Spanish court.

Investigating officers believe that the organisation could have made over one million euros in Morocco and another 79,800 euros in the Campo de Gibraltar and Gibraltar.

The operation comes against the backdrop of Brexit at a time when Gibraltar and Spain are strengthening law enforcement cooperation, with this being the latest in a string of joint operations spanning both sides of the frontier.

Details of the operation were first outlined in a statement issued early Sunday morning by Spain's Ministry of the Interior, which included the emblems of the Policia Nacional, the RGP and Europol.

Including the emblems of participating law enforcement agencies is standard practice in Spain when a statement outlines details of an international operation, but this is believed to be the first time the RGP's contribution has been acknowledged in this manner.

The RGP itself later issued a statement with its own account of the operation.

“Serious and organised crime presents a serious threat to national security, as highlighted in the United Kingdom National Security Strategy," he said.

"This is equally applicable to jurisdictions worldwide, including Gibraltar. Organised crime is inherently transnational, causes significant harm and affects the stability of communities."

“We are therefore satisfied at the successful outcome of our joint operation with the Cuerpo Nacional de Policía, which has made possible the identification and dismantling of an organised crime group operating on both sides of the border.”

“This cross border police cooperation serves to underline just how seriously the RGP views threats of this nature, and just how seriously we take our responsibilities to thwart activities that pose serious risks to the community.”

"This investigation is one visible example of work that goes on behind the scenes to protect our borders from a national security perspective.”

“It also sends a message that Gibraltar will not allow itself to be used by unscrupulous criminals who exploit the human suffering of migrants for economic benefit.”

“Organised crime has a huge impact on society at large and, we are therefore, duty bound to counteract activities which pose a risk to our community with all the policing instruments at our disposal.”

EDITOR'S NOTE: This article has been amended to add that an officer from Gibraltar’s Borders and Coastguard Agency was seconded into the RGP Special Branch team during the operation.