Two cruise liners stopped in Gibraltar briefly on Thursday to refuel, carry out technical tasks and transfer dozens of crew and personnel from one ship to the other.

The ships, AIDA Blu and AIDA Bella, docked alongside the Western Arm for several hours while the work was carried out.

AIDA Blu arrived first before 8am and by 9.15am AIDA Bella was also docked at the Port’s cruise terminal. 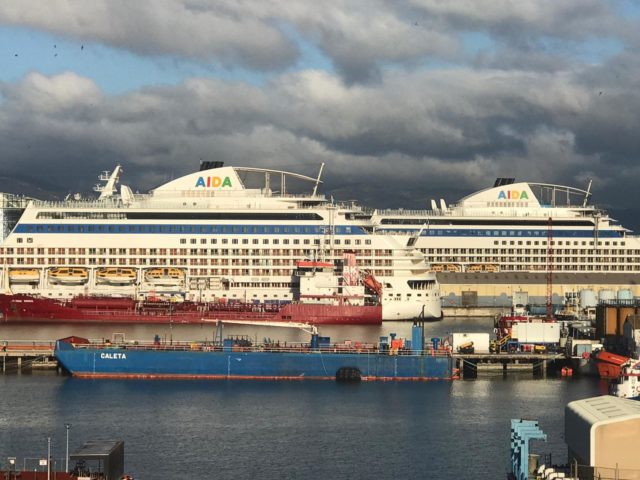 The vessels did not have any passengers on board while they took on bunkers and provisions, discharged rubbish and waste, and transferred crew between the two vessels.

No crew members, with the exception of those transferring from one vessel to the other, were allowed to disembark.

In addition, no attendance on board the vessel from shore based staff was permitted during the vessels short stay in Gibraltar. 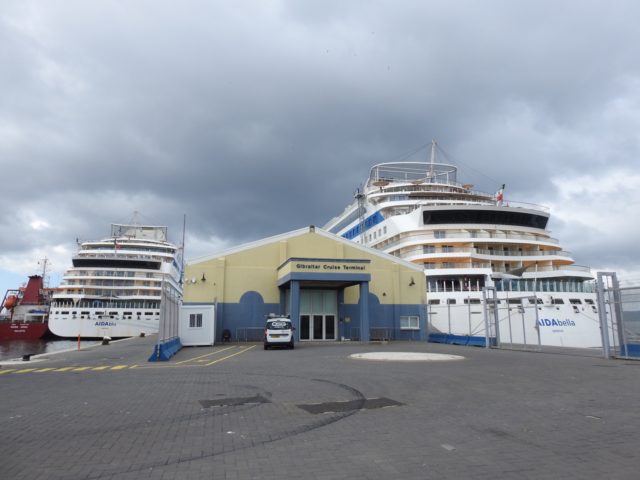 “The two ships are currently on their way to a technical stop after taking on fuel in Gibraltar,” a representative for AIDA Cruises told the Chronicle.

“One ship will remain in the Mediterranean Sea and one will continue on to Hamburg, Germany.” 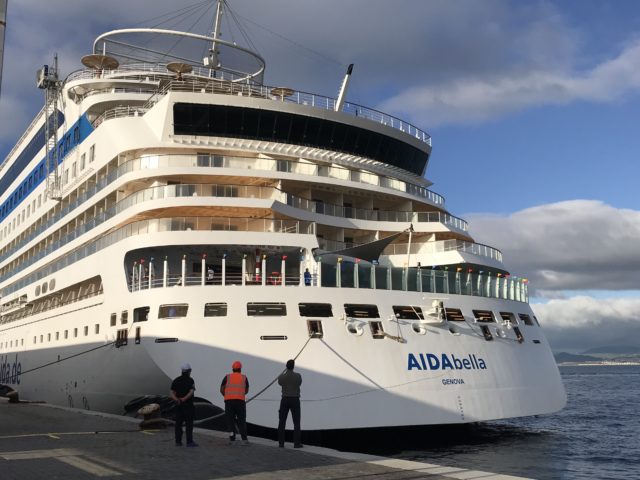 While normal cruise calls with passengers are banned under the Covid-19 regulations, the Gibraltar Government is permitting technical calls to enable cruise ships to conduct vital business during a period when the sector is in hibernation due to worldwide lockdowns that have effectively shut ports to maritime tourism.

A number of cruise ships have carried out similar technical calls in recent weeks.

Plans filed for microbrewery inside the Rock