Sir David Attenborough has said he believes the movement against "appalling" single-use plastic has become "unstoppable".

The broadcaster and conservationist, 93, said the recent move to protect the environment had given him "hope" and that his forthcoming TV series would "build on it".

Sir David spoke during a preview of Seven Worlds, One Planet on Wednesday, alongside members of the production team including executive producer Jonny Keeling.

He told the 300 attendees in Cabot Circus, Bristol: "Something quite extraordinary has happened and this series will build on it.

"We all know about plastic, how appalling it is and what damage it does. We have been saying for years.

"Yet suddenly the bell rang and everybody is aware of it."

"That does give one hope.

"It's spreading all around the world. 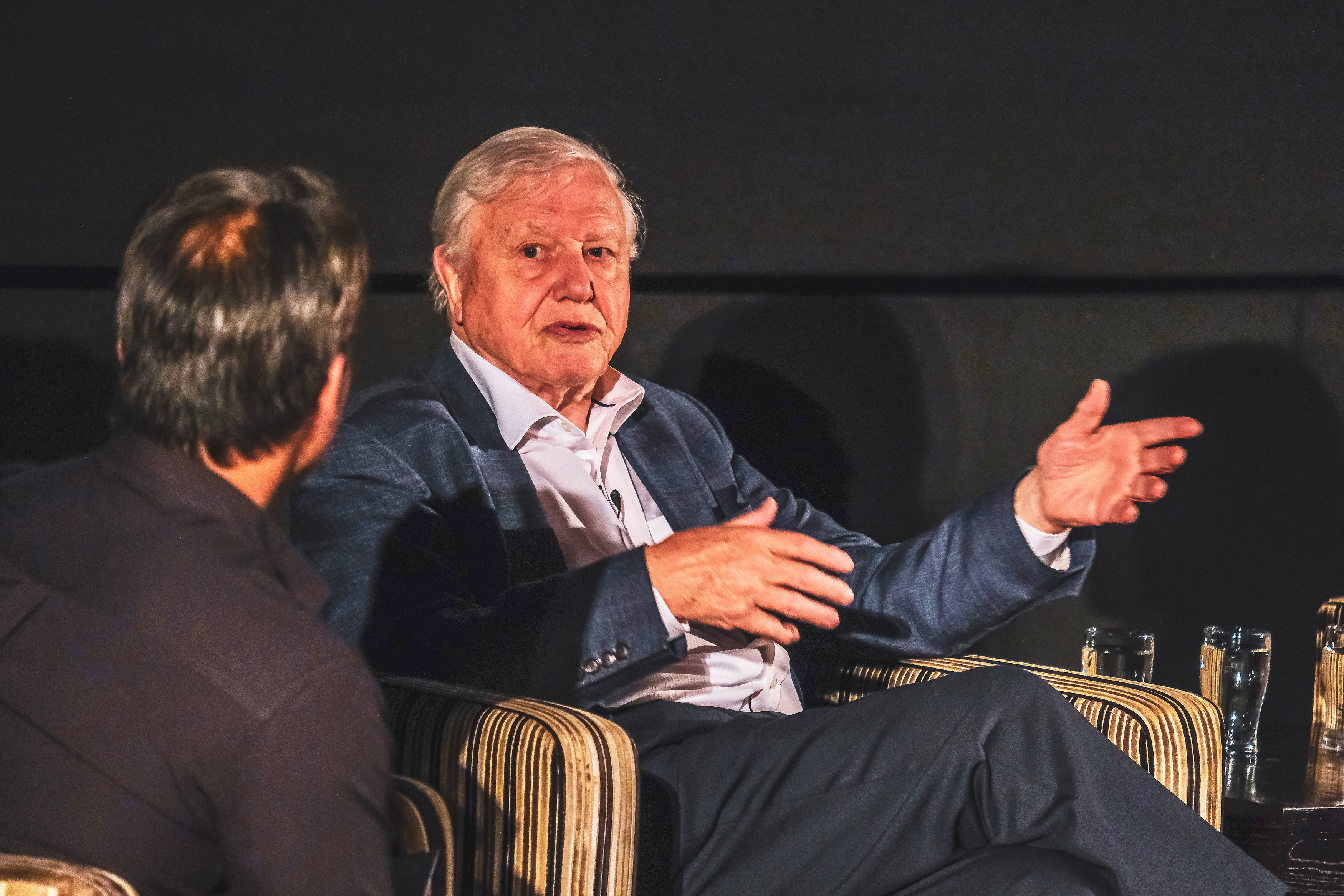 "Of course there are exceptions, we all know about America, we know the sad things about Brazil and Australia.

"But Rome wasn't built in a day.

"The movement has started and it's unstoppable now."

The programme, the result of 92 film shoots in over 40 countries, features never-before-seen footage.

It comes after the BBC's Blue Planet II, released in 2017, raised awareness around the world of the environmental damage caused by plastic pollution.

Sir David, who continued his long-standing relationship with the BBC Natural History Unit team on the project, urged viewers to think twice before dropping "that piece of plastic".

He said: "You've got to understand why the natural world is so is delicate, complex and how dependent we are upon it.

"That's what the Natural History Unit have done over the last 50 years.

"It has enabled people to see how it works."

"It's important we behave ourselves in an ecological sense.

"It's not enough to go around wagging fingers, you've got to explain 'the world is beautiful and wonderful and this is how it works'.

"That's why a little action by you may not seem important when you drop that piece of plastic... But it is."

Seven Worlds, One Planet begins on Sunday October 27 at 6.15pm on BBC One.