Day Two on the road for Gib cyclists

It was day two of the Lisbon to Gibraltar 600km challenge for the five cyclists who departed Castro Verde at 9.30am Gibraltar time on Friday morning.

On Friday they cycled 136km to Trigueras, leaving Portugal behind as they entered Spain. 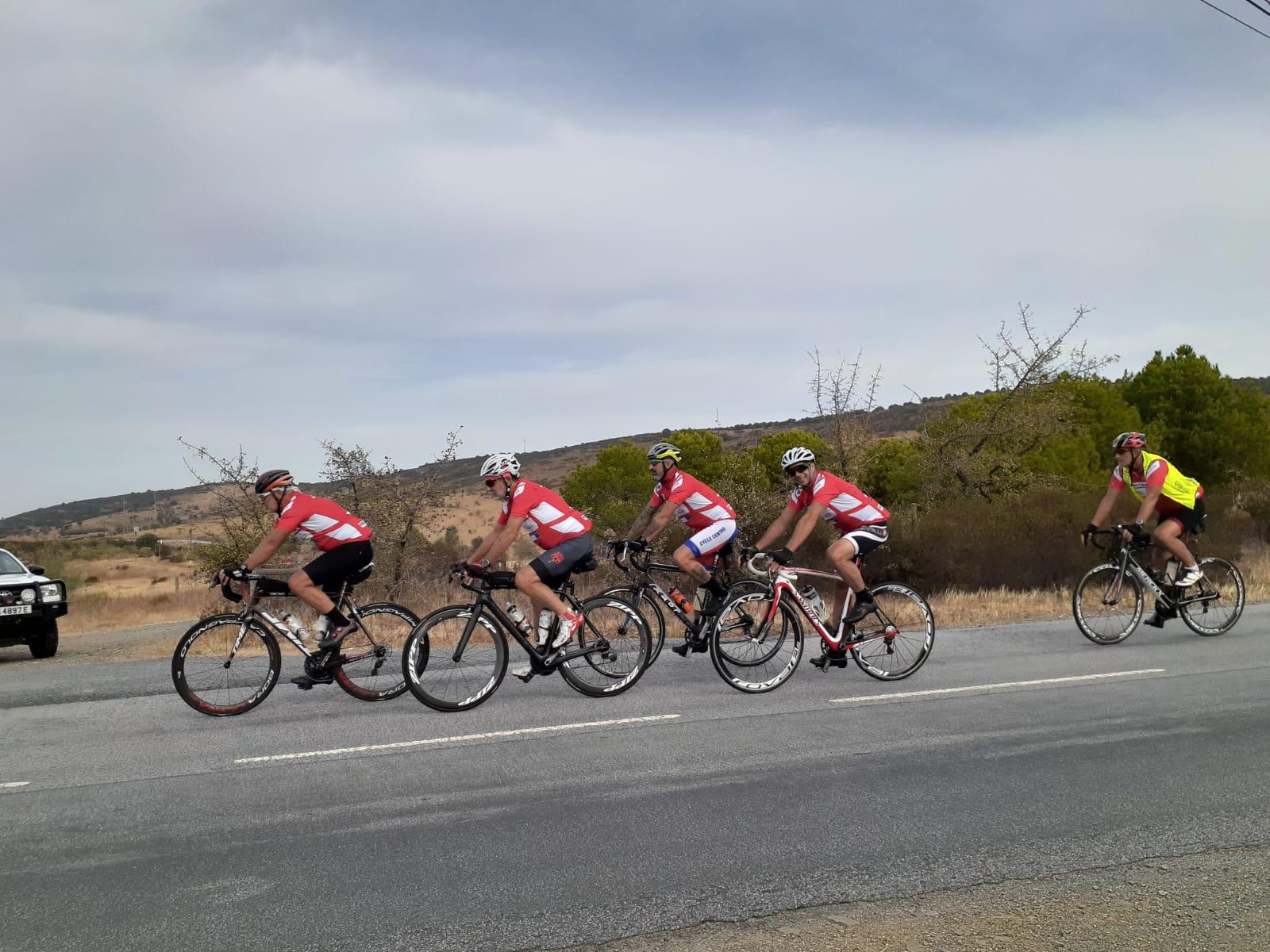 Their first stop was Monte Alto at 50km about two hours later, where they had some refreshments before getting back on the road.

“Spirits are still high, hardly any wind which makes the heat sensation higher. Currently in the mid-30s,” Mr Howes told the Chronicle in the early afternoon. 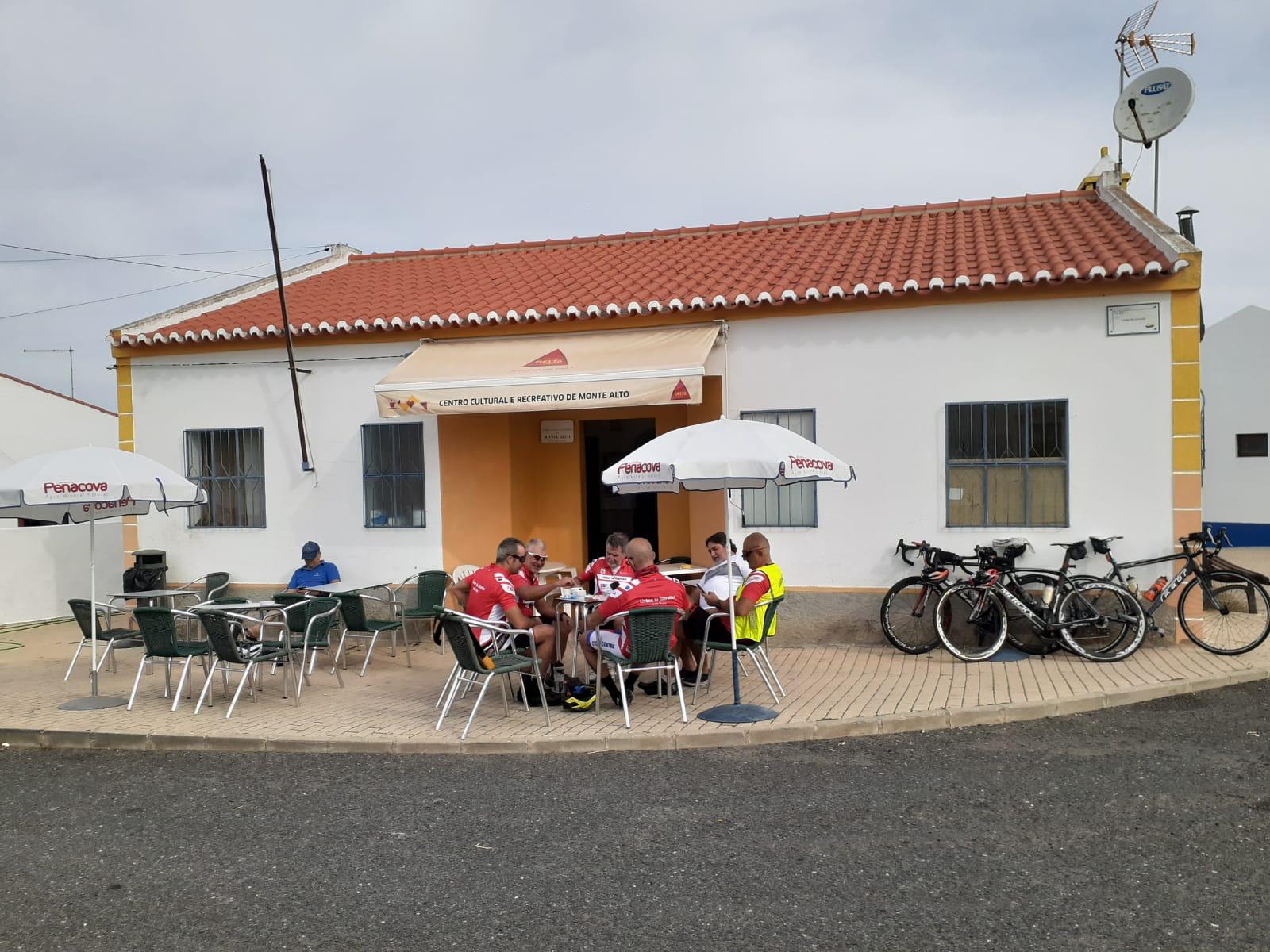 At kilometre 87, the cyclists had stopped in Villaneuva de los Castillejos at around 2.30 for some lunch and took in some shade under a tree as they refuelled.

“It’s been a very scenic route, with rolling hills and hardly any traffic on the roads. The crossing of the border went without a hitch and we only noticed that we had crossed when we saw the border sign,” said Mr Howes. 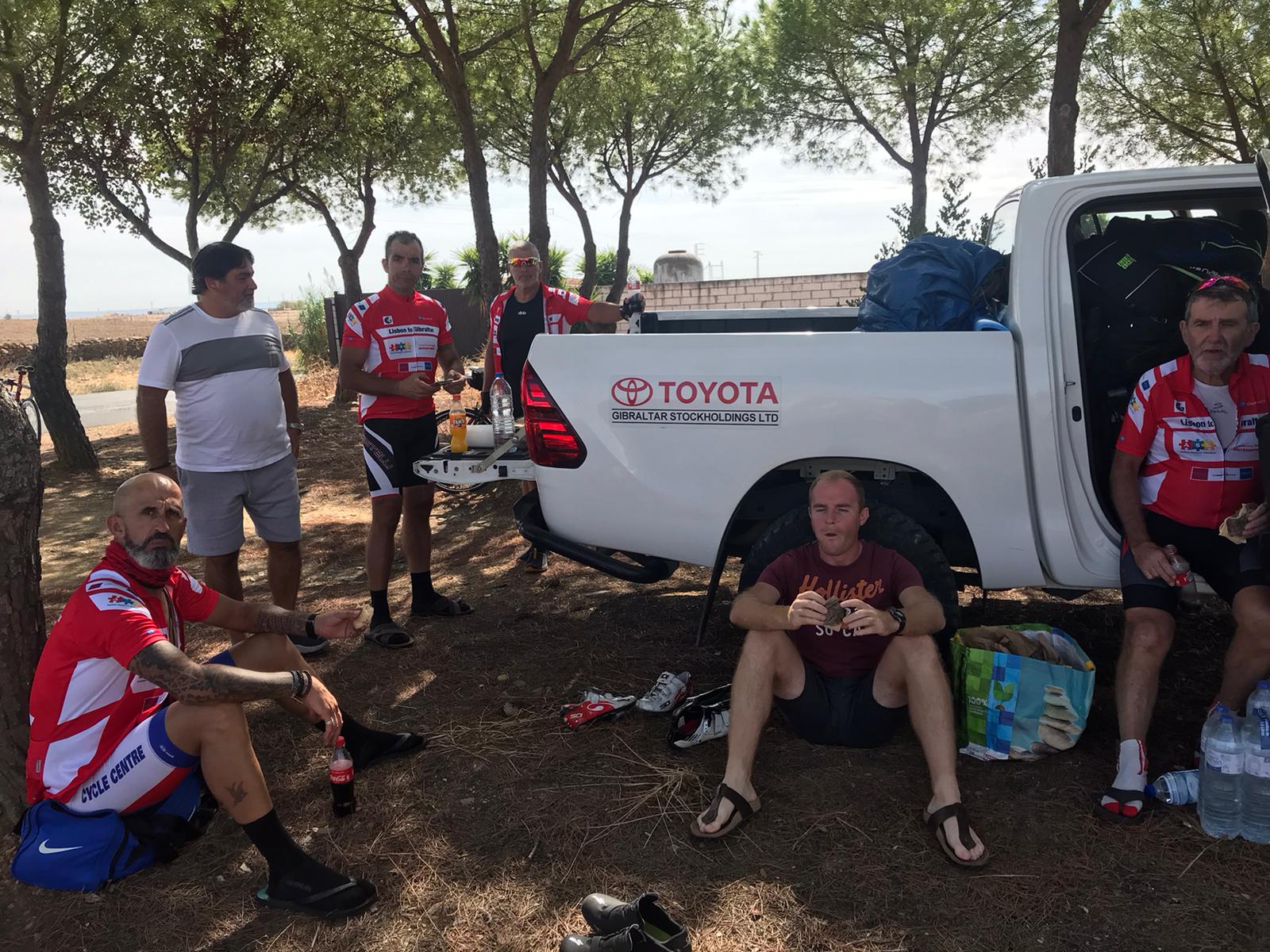 Before 5pm, the five cyclists arrived at their destination in Trigueras.

Their arrival means the men are now over the halfway mark.

“Psychologically, it helps that we are now just over halfway. Riders still in a buzz, the scenery in parts of the route were amazing with green lush meadows along the river Guadiana, a contrast of dry barren land on some parts,” Mr Howes told the Chronicle when he arrived.

“We were blessed by having a slight tail wind on the last 15km which was great,” he added.

Once at their accommodation, they started to relax and recover and dipped their feet in the pool for some hard-earned relaxation.

Assisting the cyclists are Albert Buhagiar and Elliot Johnson in the support vehicle.

Saturday will be their shortest cycle, 128km to Utrera.

On Sunday, the last day of the challenge, they will cycle 147km to Gibraltar.

You can track their journey via a link on their facebook page at https://www.facebook.com/lisbontogibraltar