The Musicians’ Association of Gibraltar was formed just shy of two years ago with the aim of furthering the interests of local bands and artists. In that short space of time, MAG has done a tremendous job of ensuring restaurants and other local venues provide live music, and its members have voluntarily gifted our elderly with some much welcome musical respite across our housing estates and care homes during the Covid lockdowns. In recent weeks, several high-profile events have been organised, including a Nineties-themed Rock concert at Ince’s Hall and a Shadows and Cliff Richard tribute night entitled The Rock Shadows. That latter event’s title took on an unintended literal meaning, with a power cut bringing proceedings to an early close (it has now been rescheduled to Tuesday 14th December with an updated setlist that is now scheduled to feature a number of festive tunes - hopefully not, one hopes, “Christmas Time” from The Darkness). 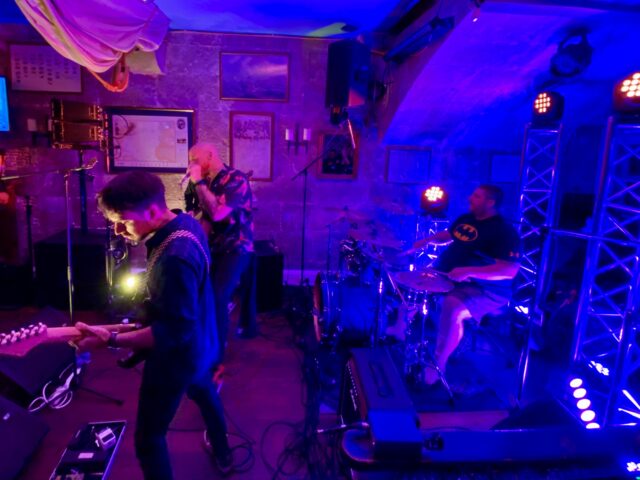 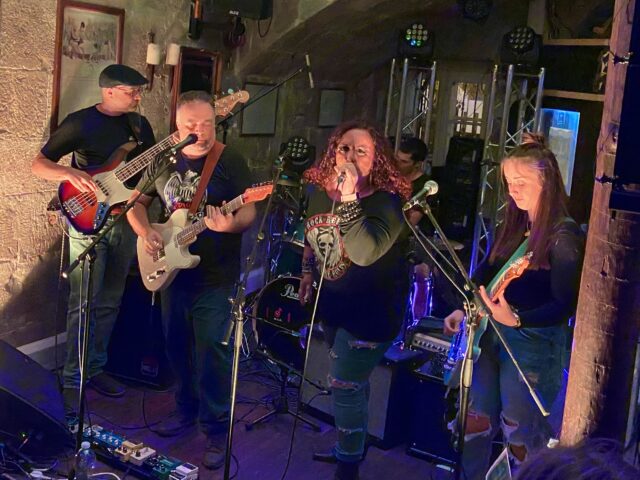 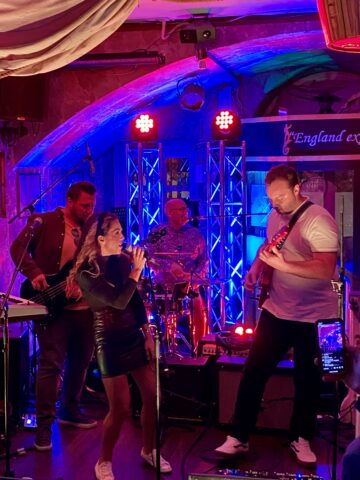 Former members of local band Blackout were present in the audience at the final of the Bandslam competition, last Friday, but that’s where ominous monikers halted. Not only did the night go off without a hitch, but it proved to be a roaring success, with a sold-out Lord Nelson Bar and Brasserie warmly welcoming all four final acts. Nelson’s had in years gone by become a staple of local live music and it was truly wonderful to see the place absolutely packed once again - kudos to them and all other venues that support our homegrown talent. A fantastic sound-and-light set-up from Fresh Entertainment was the icing on the cake, providing the bands with a level of equipment not often enjoyed at small venues.

Relative newcomers The Moxies had the unenvious task of opening the night. Despite a sound mix that perhaps gave guitars too much prominence at the expense of lead vocals, theirs was an enjoyable set that showed much promise. A respectable third place was the reward for a solid performance of Indie-flavoured Pop Rock, with songs like “Before We’re Gone” and “Opposite Day” giving the four-piece, fronted by the likeable Megan Danino (whose vocals had a Gwen Stefani/Skin from Skunk Anansie feel to these ears) a different edge to most local bands.

The same applies to Ace Of Slades, very much doing their own Country-tinged Bluesy Rock and Roll Pop thing. This family outfit have been treading the boards for several years now, albeit with slightly different line-ups, and that experience and confidence clearly shows. “The Devil Don’t Own My Soul” kicked off a well-rehearsed three-song set that also featured “Lunch With Elvis” and “Ray Bans On”. Theirs was an assertive and punchy performance, perhaps the tightest on the night, and that secured their thoroughly-deserved second place.

It was, in truth, a difficult evening for the four judges selected by MAG. Legendary vocalist (and generally lovely bloke) Giles Ramirez, talented six-stringer Dani Fa (Melon Diesel and Taxi), events promoter Wayne Meenagh and former Culture Minister Fabian Vinet thought long and hard about the night’s performances, sometimes airing significantly divergent opinions, such is the subjective nature of music. The Views must have been disappointed not to make it to the podium but I really do hope they’re not too disheartened. The judges’ tallies may not have delivered a hoped cash prize, but that should not detract from their energetic, enjoyable and engaging performance. Opener “Mugshot” was my particular favourite but The Views’ entire set was bold and riff-heavy. Onwards and upwards, gents.

And when it comes to riffs, nobody can argue with Dead City Radio’s approach. Those Zeppelin-esque guitar licks probably wouldn’t work quite as well if coupled with other, more muted vocal styles, but frontman James Culatto was exceptional and DCR shone from the very first notes of “Valkyrie”. These consummate professionals owned the stage and by the time “Loaded Gun” closed the set, they’d condensed an entire headline performance of superb Seventies-flavoured Hard Rock into just fifteen minutes of sweaty, vibrant raw talent. An exquisite display from the clear favourites who walked away with the £1,000 first prize and loud cheers from the appreciative crowd.

A fitting end, then, to an expertly-organised Bandslam Final, but not before the ever-reliable Thrifty Malone, special guests on the night, closed things in style. This was a remarkably successful event, one fully and generously supported by the Ministry of Culture and Gibraltar Cultural Services. Well-deserved collective pats on backs for everyone involved and here’s hoping the Musicians’ Association of Gibraltar keep on doing what they’re doing for many more years to come.