Plans for a major stadium and residential development funded as an investment by the Gibraltar Savings Bank [GSB] were announced on Saturday night during half-time in the match between Gibraltar and Andorra.

The plans were unveiled in a video that included a presentation by Sir Joe Bossano, the Minister for Inward Investment and chairman of the GSB. 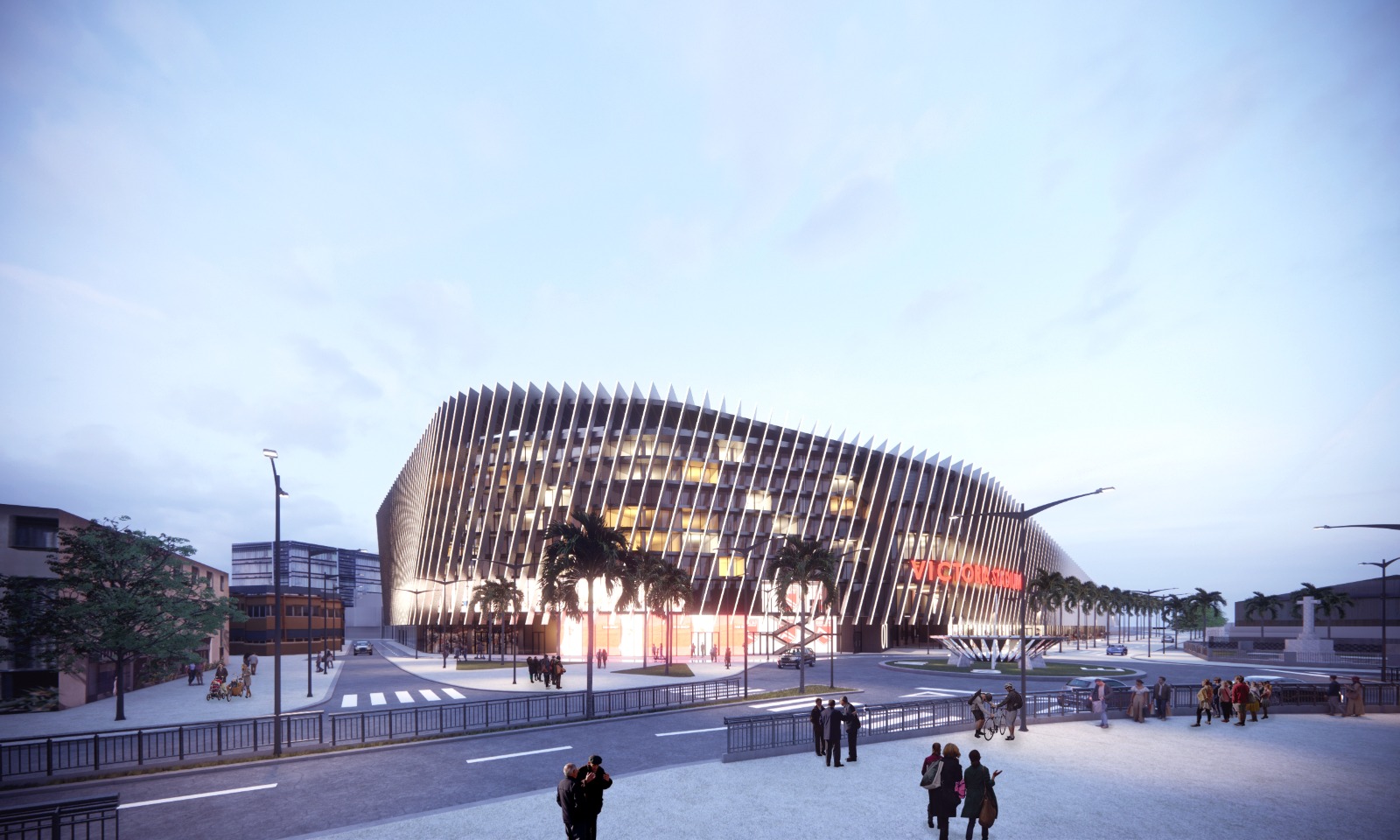 Sir Joe gave no details on the size of the investment or how it would be structured during the five-minute video, which showed dramatic images of a striking development covering the area of the existing Victoria Stadium and encompassing the site currently occupied by the Cepsa petrol station on Winston Churchill Avenue.

The 8,000-seat stadium project will include a 92-unit residential project, retail and office units and a business centre and was described by Sir Joe as future “shop window of new Gibraltar post-Brexit”.

The project envisages the stadium being used not just for football but also for major leisure events. 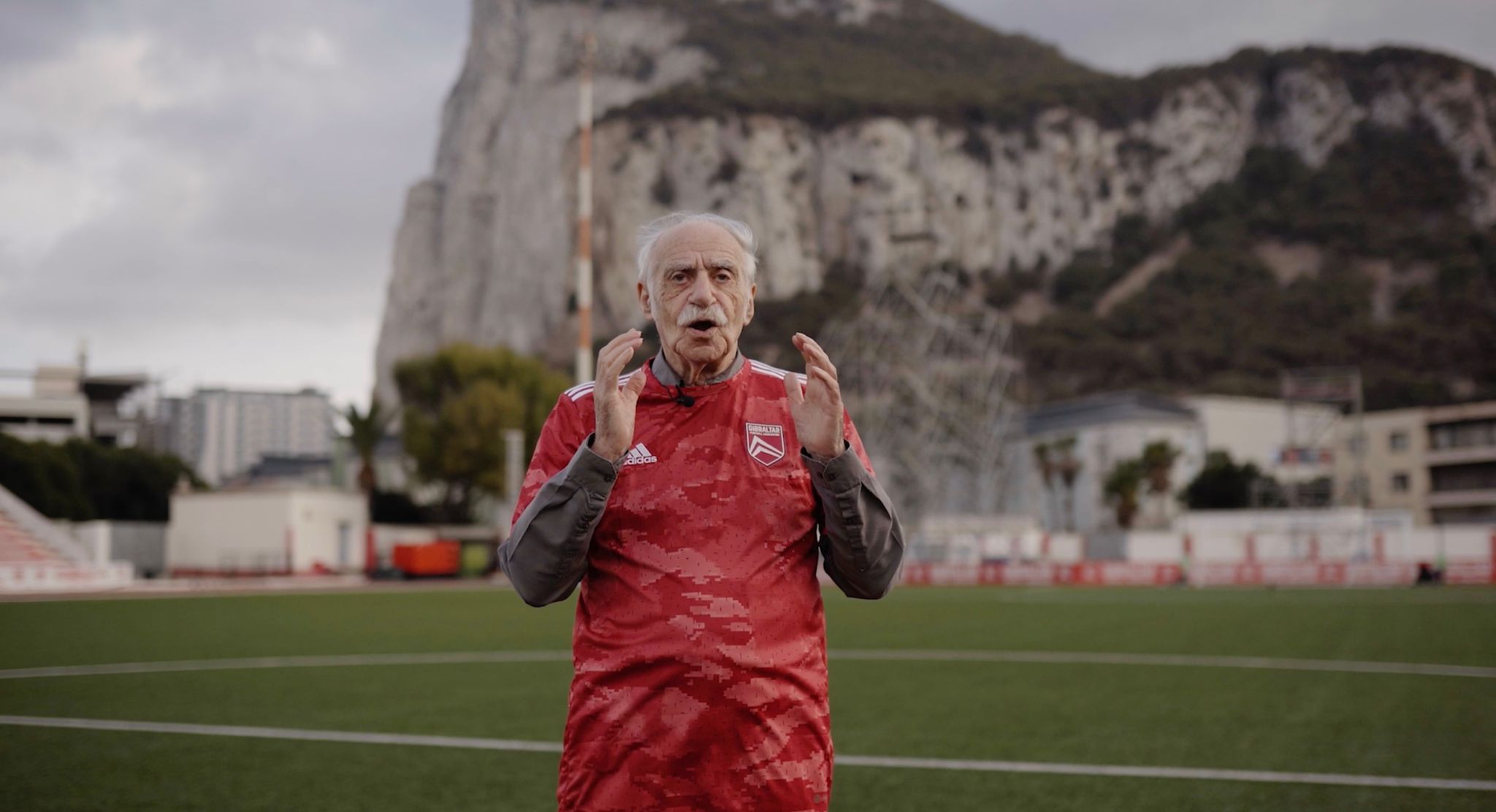 Sir Joe, who wore a GFA strip over his shirt during the announcement, said the involvement of the GSB was in line with its statute requiring it to prioritise projects that were important for the community and the Rock’s prosperity.

“It’s a very important moment in the history of football in Gibraltar, of the GFA and of our long struggle and success in being accepted and recognised in UEFA, taking our rightful place alongside the European nations as we have done in many other fields,” Sir Joe said in the video.

“It’s a struggle we have supported and has had the support of the whole of Gibraltar.”

“Now we’re going take the next most important step for football, something that the GFA and the football community and the players and the fans have wanted for long time, been promised for a long time and finally I can tell you that it will be a reality.”

“We’ve been able to find a way that the funding that is required for the new stadium, which is going to be exceptionally beautiful, will be provided as an investment, as a sponsored project in the National Economic Plan of Gibraltar, funded by the Gibraltar Savings Bank, which has in its statute the requirement that it should give priority to things that are important for the community and the prosperity of Gibraltar.”

“This is not just about football and fans, although it is predominantly and obviously first for them, but because it will create an asset for Gibraltar which will help us to deliver what we have to deliver, and become the shop window of new Gibraltar post-Brexit.” 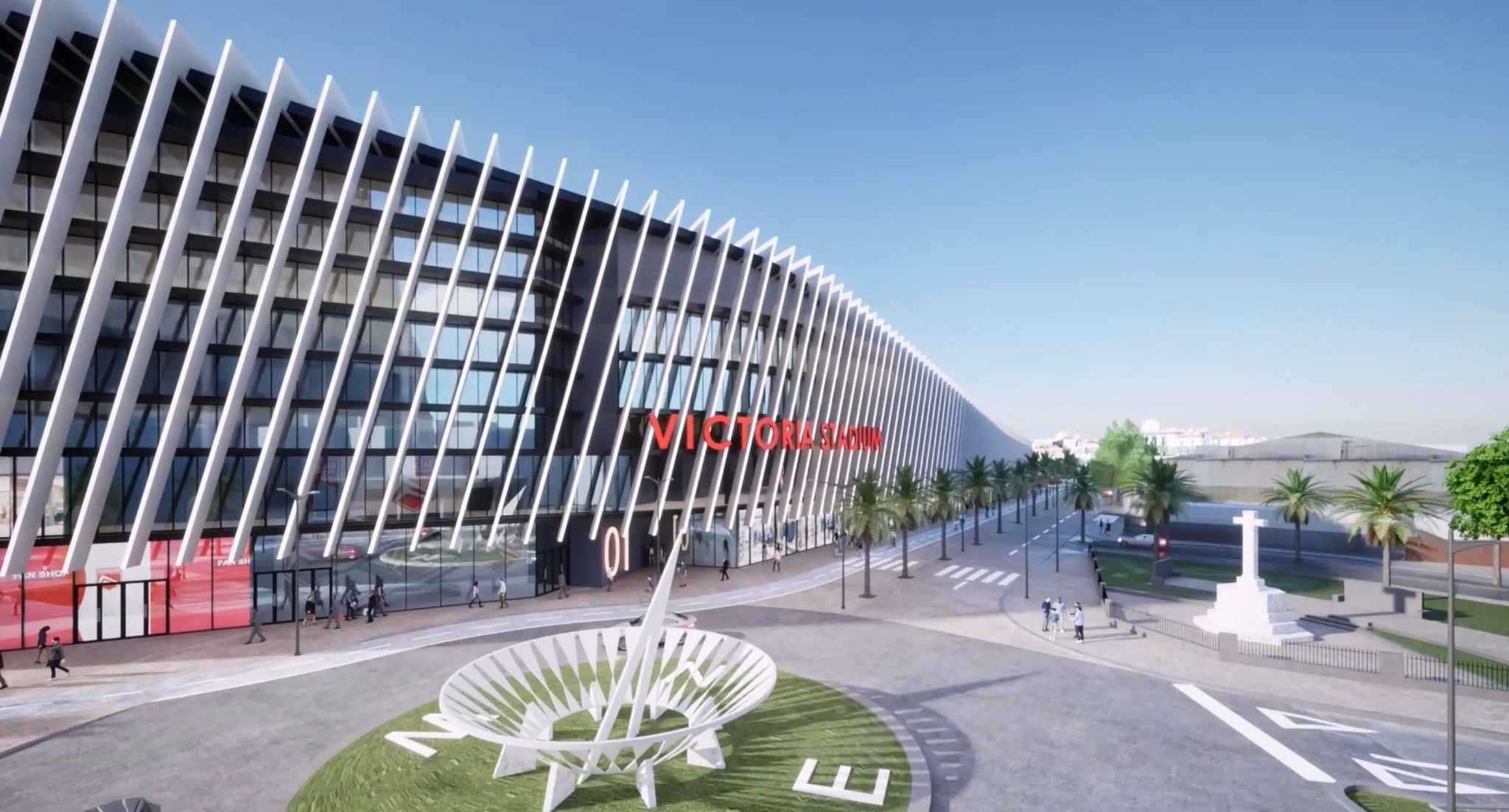 The project for the Gibraltar National Stadium will be subject to the usual planning process and the detailed designs by ALI Design Ltd have yet to be published by the Development and Planning Commission.

The match against Andorra was the last one in the Victoria Stadium for Gibraltar’s men’s national team and was played, the GFA said, “with more than just a tinge of nostalgia”.

“The stadium has seen Gibraltar’s finest footballers in action in many matches over the years, and has seen both club and national teams from the highest echelons of the sport lock horns,” the GFA said in a statement.

“Today’s sadness, however, is tempered by the news of the Gibraltar FA’s agreement with Community Supplies & Services Limited for the construction and development of a new, UEFA-approved, Category 4 football stadium complex.”

“This exciting new project will provide the Gibraltar FA with the highest level of sporting infrastructure, and will cater for new retail, residential and commercial areas for the benefit of economic activity and investment for Gibraltar as a whole.” 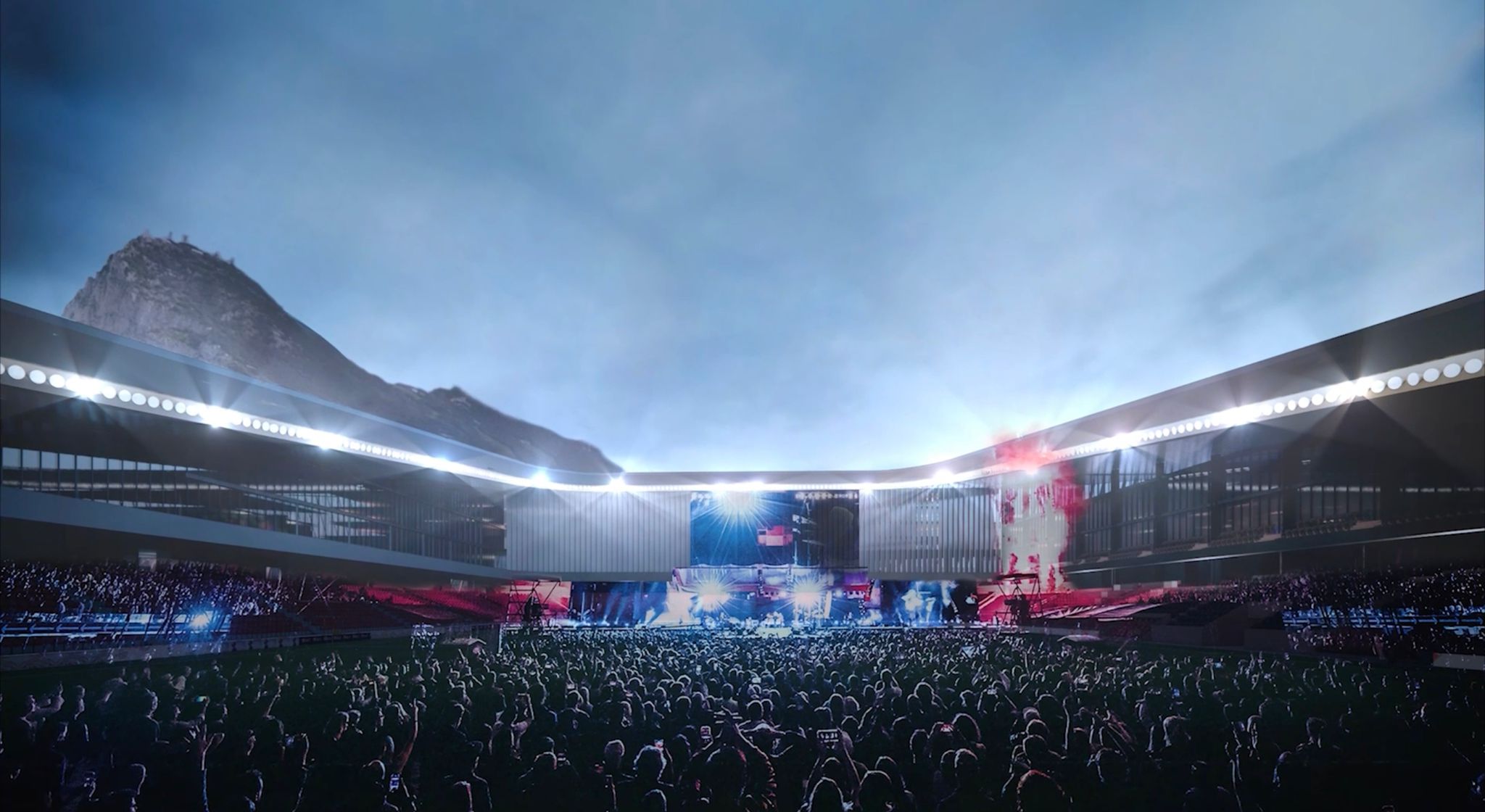 “At halftime of today’s international friendly, the Gibraltar FA unveiled a video presentation that gave you, the fans, your first glimpse of Gibraltar football’s new home.”

“We know you have patiently been waiting for this, and we are confident that, with the support and guidance of CSSL, the end product will more than make up for the many years of uncertainty.”

“Our mighty Rock, standing proud behind the old Victoria Stadium, has provided one of the most spectacular back-drops in world football.”

“We cannot wait to showcase our new home to you, and to the footballing world.”

The GFA gave no further details of its agreement with CSSL. 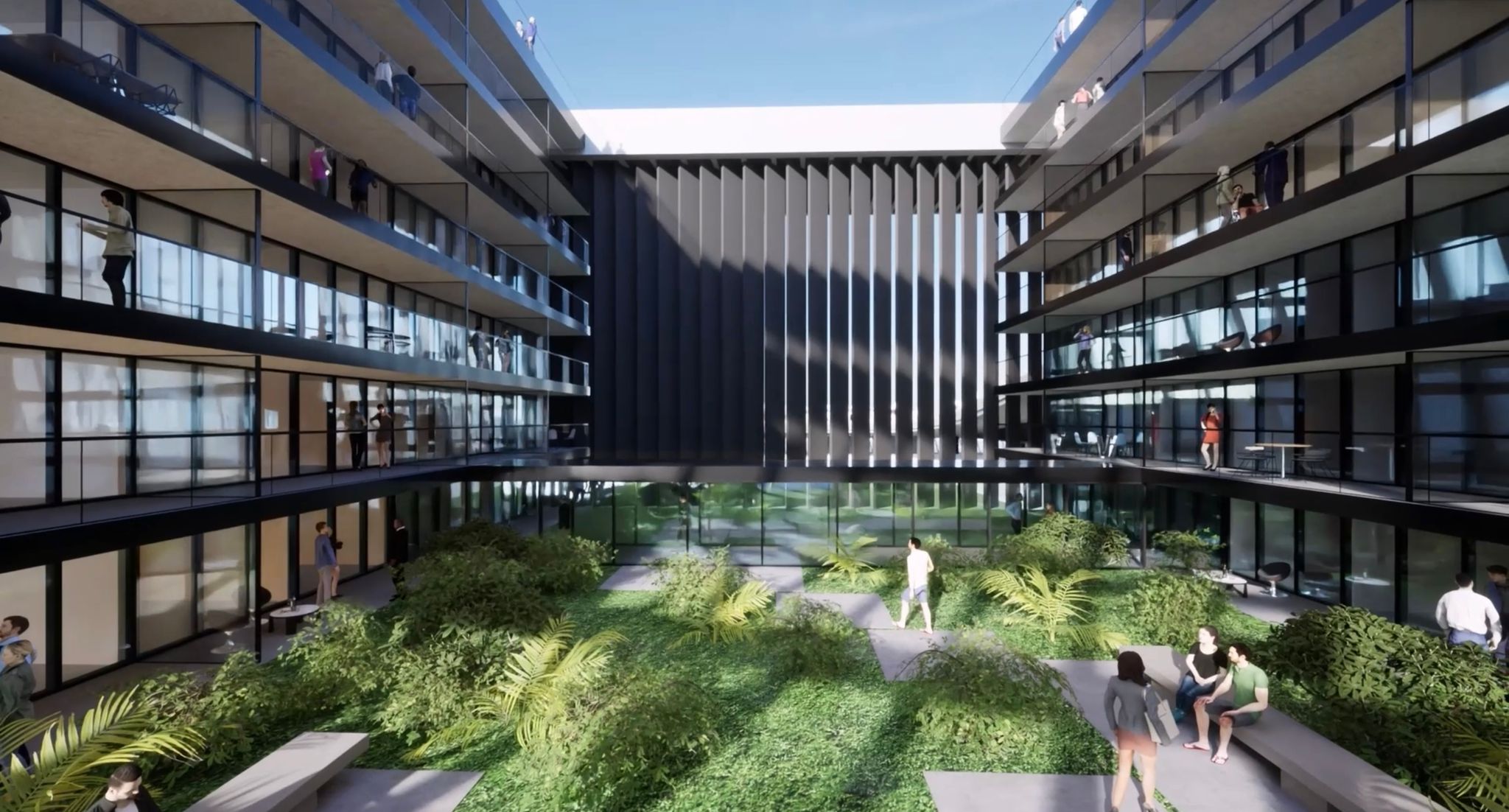 The plans announced on Saturday night mark the latest step in a tortuous road to build a new stadium for the GFA, which joined UEFA in May 2013 after years of legal wrangling and Spanish opposition.

The GFA’s initial plans to build a huge stadium in Europa Point were shelved amid wide public backlash from the public over the scale of the scheme.

In a deal announced in 2017, the GFA bought Victoria Stadium from the Gibraltar Government for £16.5m, with that money funding sporting facilities around the Rock in the run-up to the 2019 Island Games. 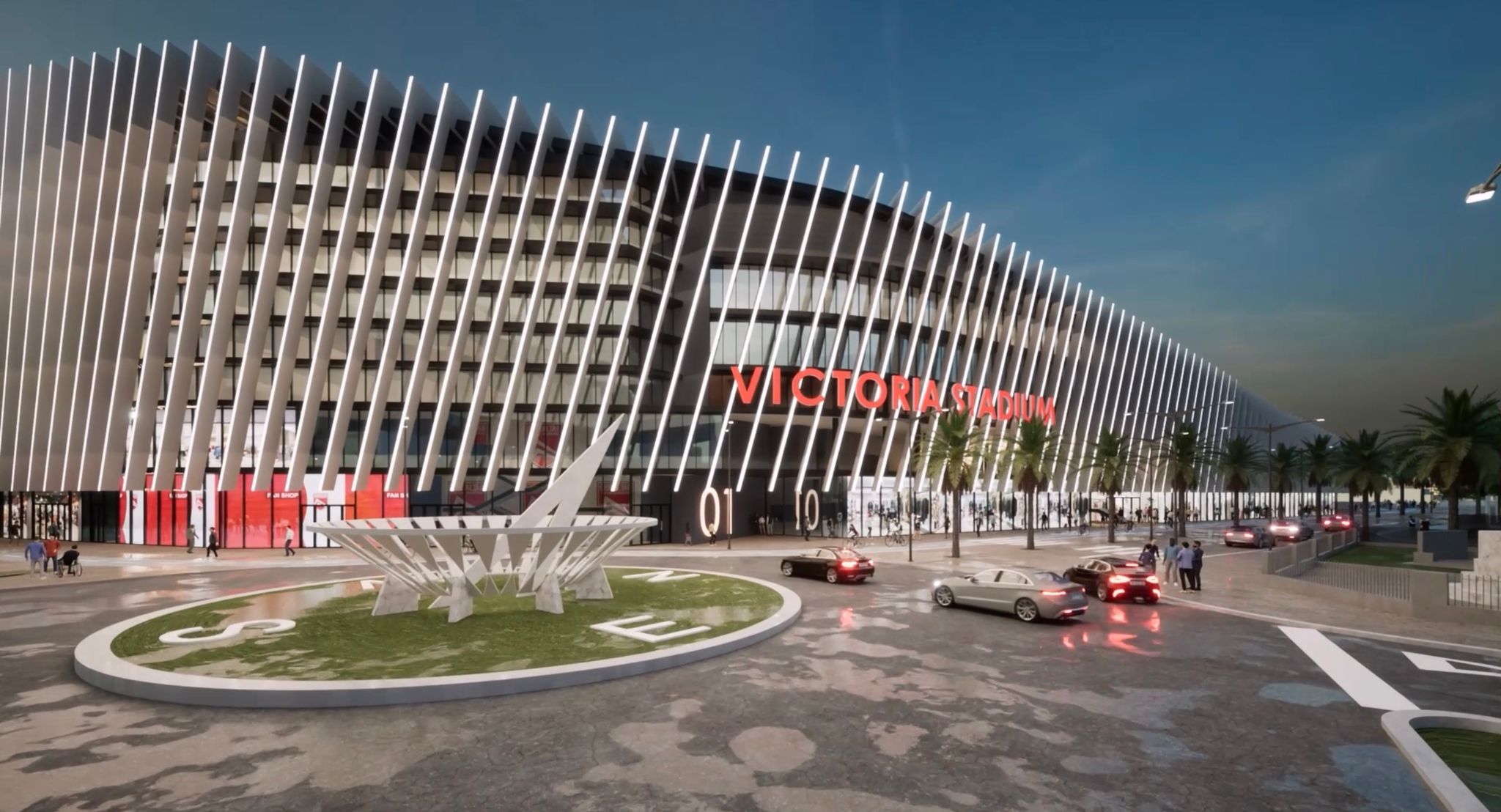 At the time, the GFA said it would invest a further £15m in revamping the facility to accommodate up to 8,000 spectators and meet UEFA Category 4 standards.

The site of the Victoria Stadium was first opened in 1926 as a British military sports ground and was rebuilt in 1970 by the Royal Engineers as a sports ground for use by both the military forces and the civilian population of Gibraltar.

According to the Ministry of Heritage, it was named Victoria Stadium after the wife of Gibraltarian philanthropist and benefactor John Mackintosh, in recognition of the financial assistance provided to the Gibraltar Sports Association. 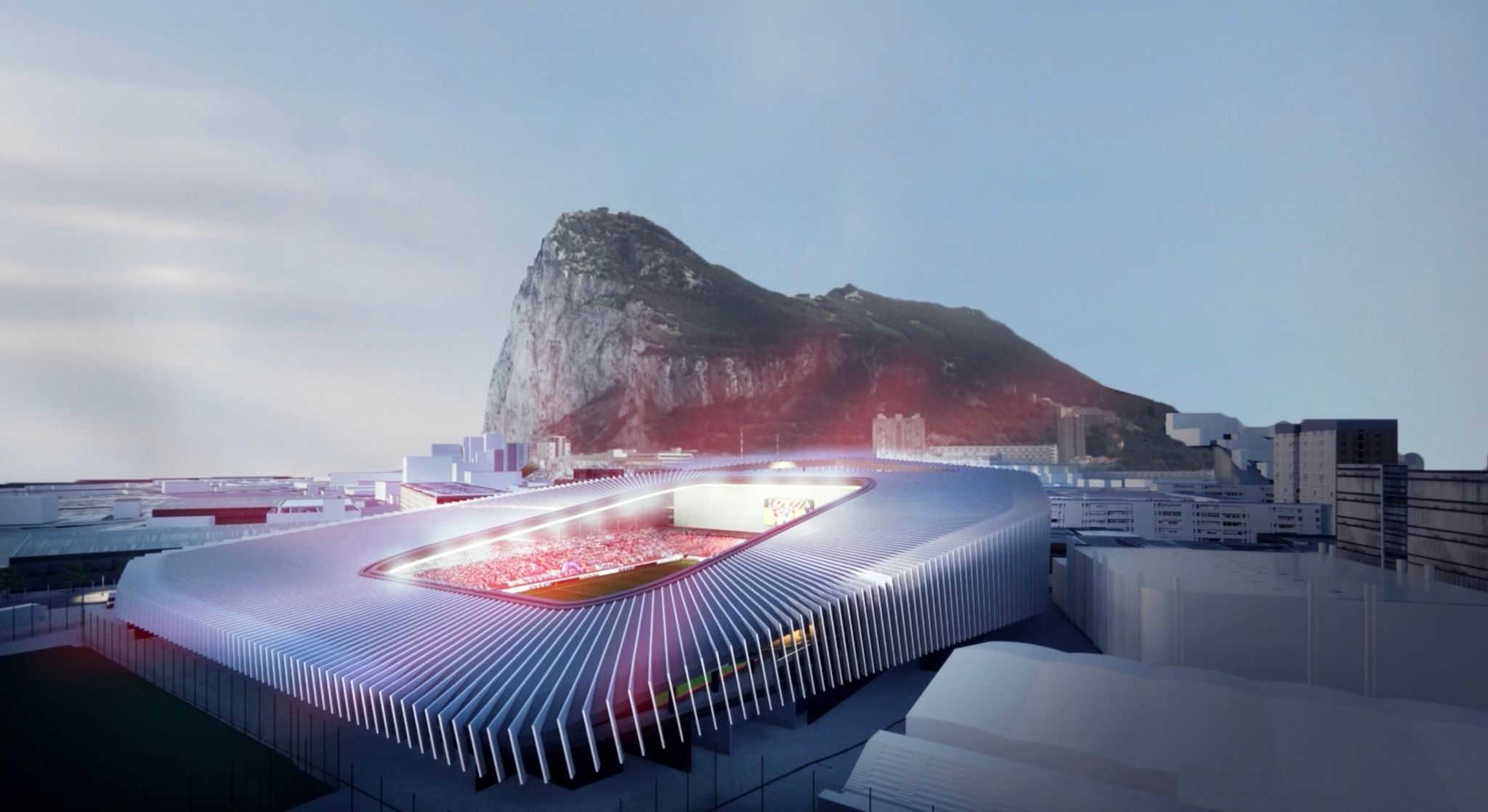