'Dinner with the stars' fundraises for mental health

The stars came out in force to raise money for mental health in Gibraltar on Wednesday evening as sponsors and supporters came together for a night of food, drinks and live entertainment on the Sunborn.

The event ‘Evening with the stars’ was organised by Jenny Roberts the founder of the charity Homeless Worldwide, a charity where musicians Right Said Fred and local mental health advocate Tony Gaul have been on the Rock prompting via their TikTok challenge. 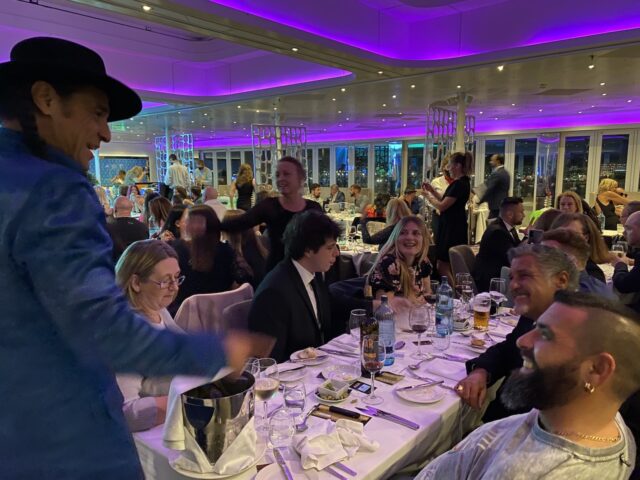 Fred and Richard Fairbrass, aka Right Said Fred, were back on the Rock and joined by friends and fellow entertainers as the mingled with locally based supporters of mental health. Some of the other stars were X-factor finalist Chico who fleeted from table to table taking a multitude of selfies with guests. However, he stopped in his tracks to listen to local singer Jesse Sampere open up the entertainment for the night. The singer songwriter impressed all with his original work. 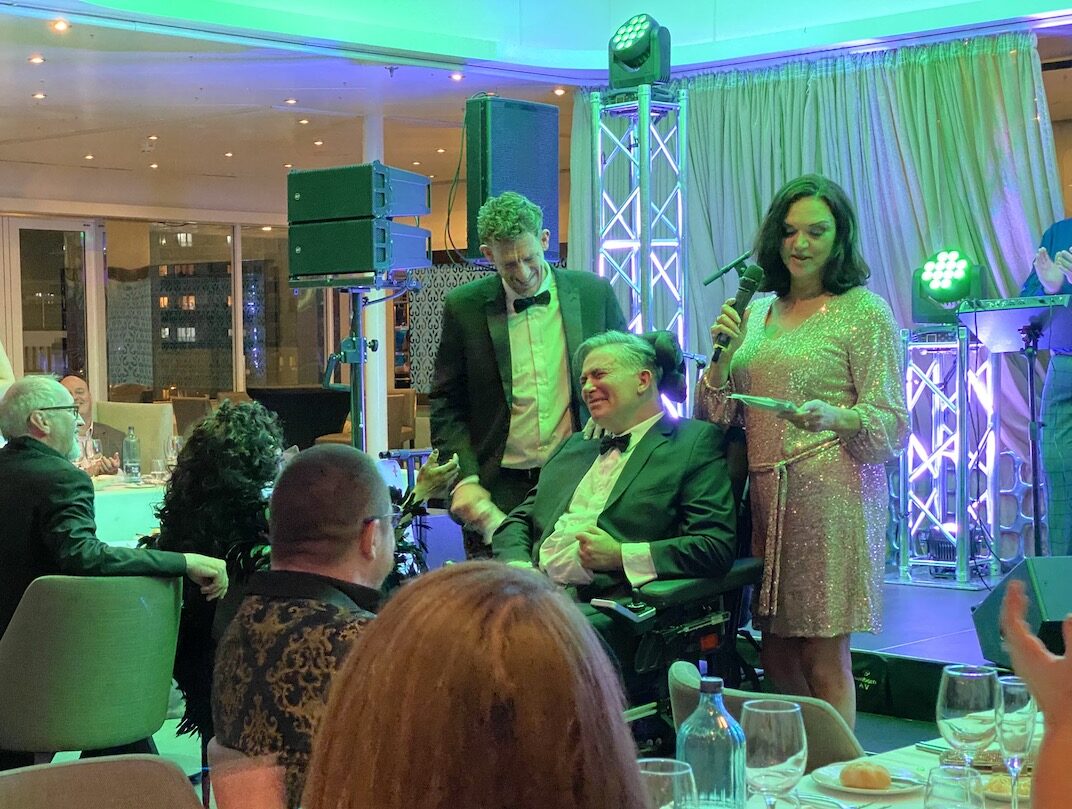 Iconic Eddie Kidd received a standing ovation when it came for his time to speak. His words, spoken by his partner Billie, brought many a guest to tears and moved others.

The legendary stuntman, who suffered a brain injury after a motorbike crash in 1996 that also left him with limited movement and balance, said he now lives a very happy life surrounded by loved ones and friends. But, that this was not always the case.

“After my crash I wanted to die, to commit suicide. I just didn’t know how I was going to carry on. I went from hero to zero in a split second,” she read.

He needed to learn how to walk, talk and even taste after the crash.

“Living was a challenge but I had faced many challenges in my life. The biggest with women. But I always manage to execute them [the challenges] no matter what or how insane they seemed to others,” she read referring also to when he was a James Bond stunt double, when he became a World Champion and jumped the Great Wall of China.

“I needed a challenge to keep going and inspire others. I set daily, monthly and yearly goals until I was ready. I walked the London Marathon in 50 days in a specialised walker raising hundreds of thousands of pounds for Children With Cancer UK,” she read. 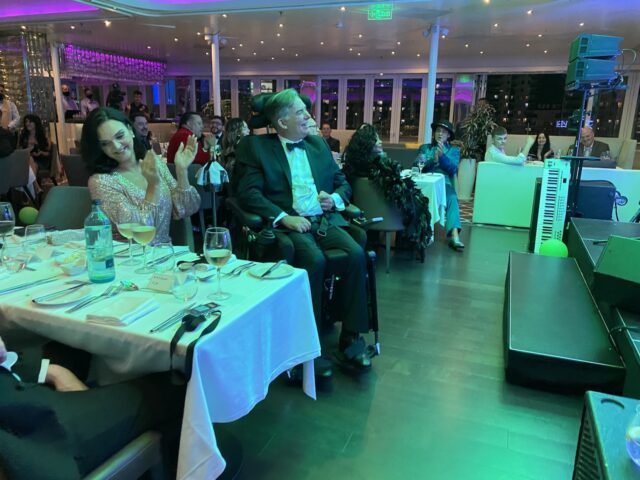 Since his accident he has worked at inspiring others to carry on and do what they need to do to help their mental health for them “to see their landing ramp after the take-off”.

“My mental health was a state of being which I realised my own abilities, I stayed active, I stayed in touch. I found a purpose, I gave back,” she added. 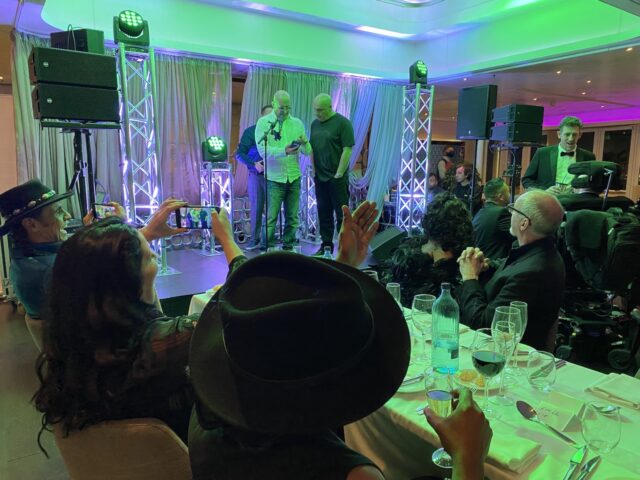 Richard Fairbrass also spoke about his mental health issues over the years but especially when his partner of 28 years, Stuart Pantry, passed away from cancer.

“There is this old saying that grief is the price you pay for love and I remember that really clearly,” he said.

“And, the thing with mental illness it can creep up on you without you knowing. You don’t even know you are feeling rough. You don’t even know you are feeling bad until something triggers it. I can remember going to the gym and driving down this long straight road and all I wanted to do was drive into the oncoming traffic and I actually had to pull over and calm myself down.”

“It is really important to be vulnerable and to admit how you are feeling,” he added. 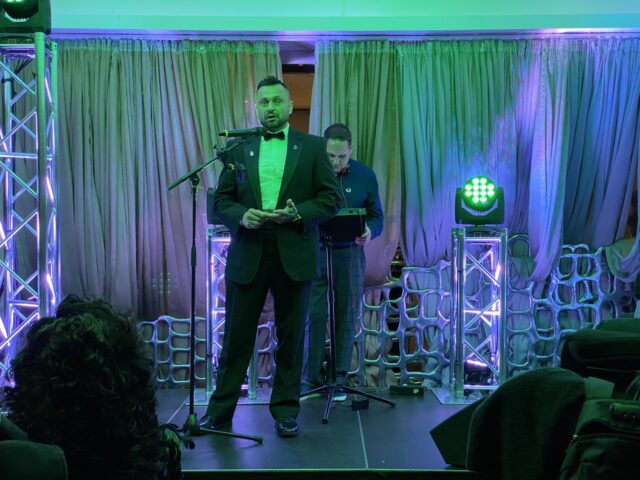 Local mental health advocate Tony Gaul also spoke of his journey with mental health where he went from thinking people who had these health issues were weak to suffering from them himself.

“I want to say to you no matter what gender you are there is nothing wrong with crying and I learnt that the hard way and when you change the way you look at things the things you look at change,” he said.

He said he still has issues but that is working through that with the right people and doing it the right way.

These speeches are just a sample of the words of hope, support and inspiration from the various speeches and singers on the night.

All funds raised will go to help support mental health in Gibraltar, including via donations to Clubhouse and GibSams, and particular thanks was given to sponsors of the event, namely John Anderson who attended with many family and friends, Mayfair on Main whose stylists all attended the event, the Ministry for Tourism, New Life, iVent and the Sunborn. Thanks was given also to the artists, such as Jesse Sampere, Kayron Pozo, Spanish Aliens, Jay Ashton, Leroy Morales, Patrick Alan, Mary Pearce, Matt Hoy, Stephanie Benson, Chico and Right Said Fred. Thanks was also given to the support team behind the event, such as Michael Crome and Kay Moreno.