The Royal Gibraltar Police is appealing for witnesses of a dramatic vehicle fire on Witham’s Road on Wednesday night.
Firefighters tackled the blaze as a ball of flame consumed the vehicle and damaged two nearby cars.

The Gibraltar Fire and Rescue Service was called to the scene at around 10.30, dispatching two firefighting units and eight firefighters who extinguished the fire shortly after 11pm. 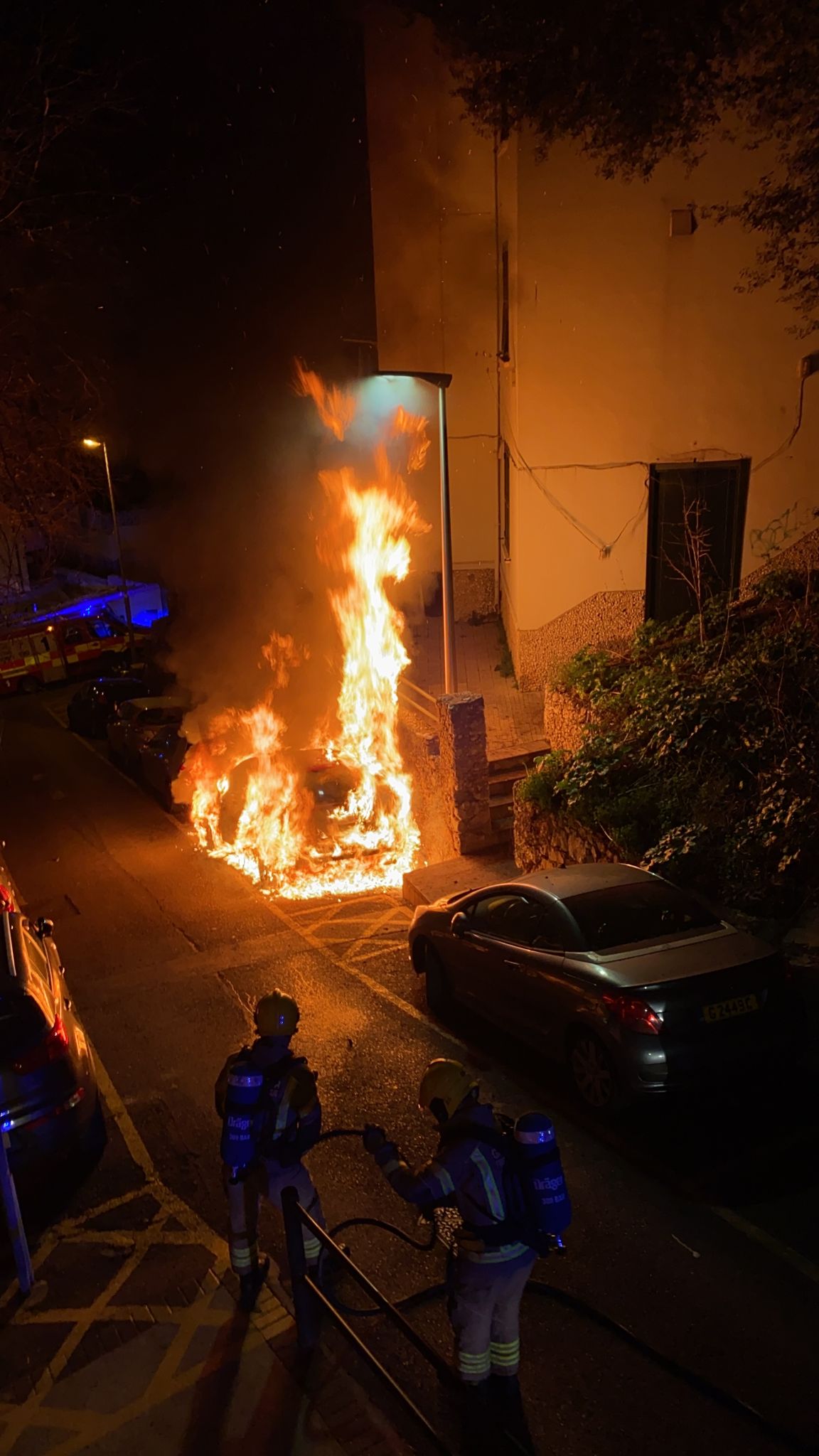 The Royal Gibraltar Police also attended the incident and there were no reports of any injuries.

The GFRS and the RGP are currently investigating the cause of the fire, and police officers have appealed for witnesses.

“Enquiries as to the cause of the fire are ongoing and detectives are keen to speak to anyone who may have seen or heard anything around this time,” an RGP spokesman said. 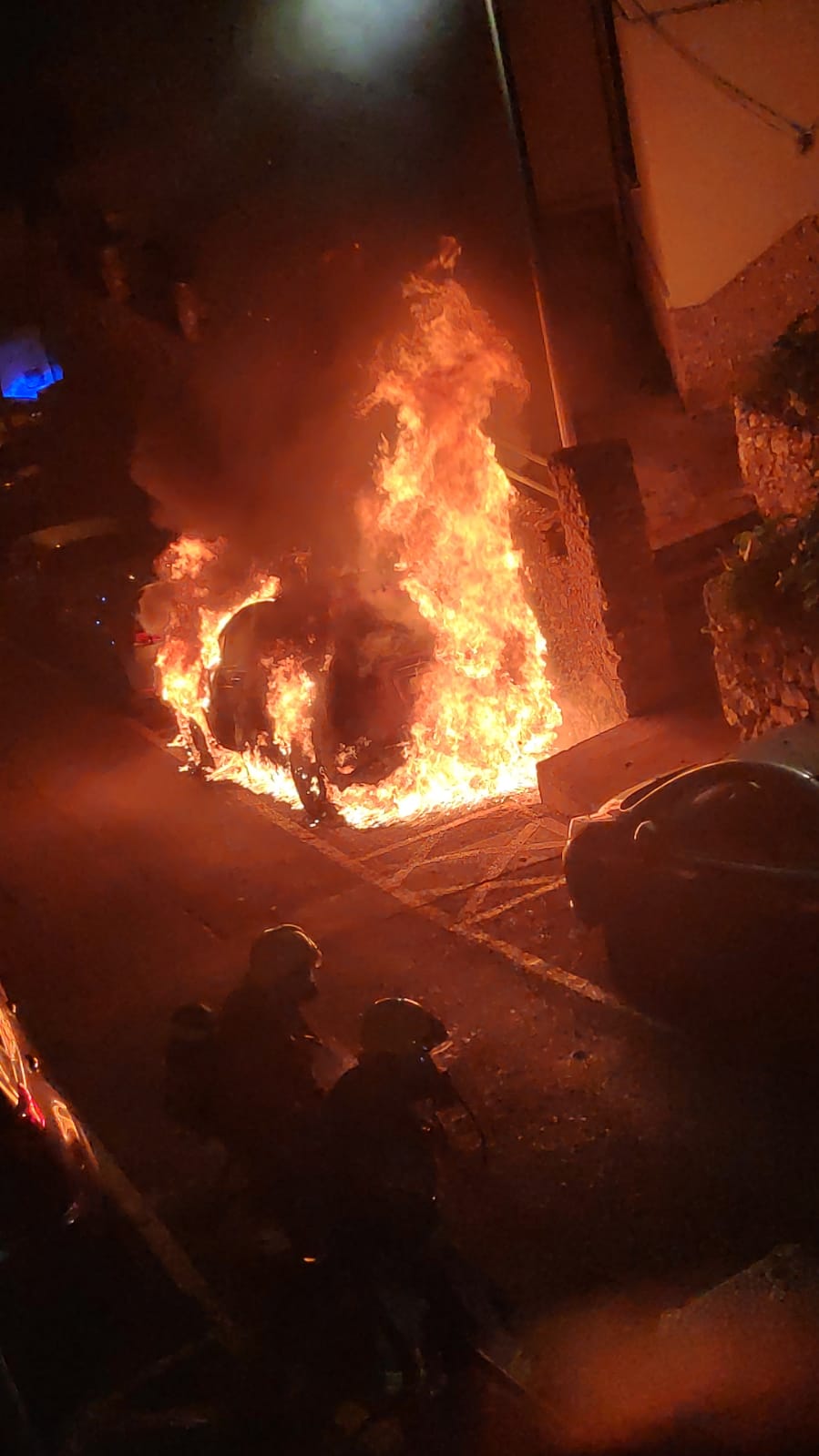 The RGP is also keen to view any footage taken of this incident.

The RGP added anyone who has seen information that may assist officers, should contact them on 200 72500 and ask to speak to the Duty Sergeant.

Members of the public can also report what they saw or heard online via: www.police.gi/report-online

THIS POST WAS UPDATED AT 9PM TO REFLECT THE RGPs APPEAL FOR WITNESSES.