The Gibraltar General and Clerical Association (GGCA) today issued union instruction to staff at the Department of Social Services (DSS) not to enter their offices over safety concerns.

The GGCA issued a statement calling on the Gibraltar Government to arrange for the relocation of DSS staff “without further delays”.

The GGCA said that while its members are concerned the union instruction could lead to a disruption to the service provided, “it was ultimately acknowledged that the risk to their health and safety is unacceptable”.

Since January, DSS staff have been working from home, the Post Office and the Treasury Department, with “a complement of 36 officers, who are operating all DSS services with 13 computer terminals, two printers and six mobile phones,” the GGCA said. 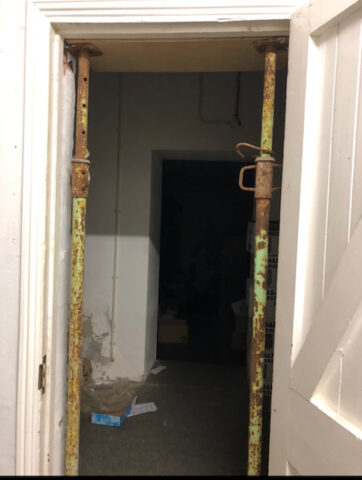 The GGCA said they have been consistently advocating for the rehousing of the DSS workforce.

“Due to a to lack of progress in this area, a dispute was declared on February 3, 2022,” the union said.

“However, no industrial action was taken as premises in New Harbours were identified, and assurances were given that the premises would be available for the DSS staff to move into on or before April 1.”

“Unfortunately, this date has come and gone and it seems that there has been little progress with the relocation.”

“Furthermore, at a GGCA general meeting on Monday, it came to light that staff have been visiting the unsafe premises three times a week to pick up paper files as the filing cabinets and paper files have not yet been relocated.”

“Given the recent storms, the water penetration in the building means that this is an acute health and safety risk, especially as the lights need to be switched on to input the code to enter the building.” 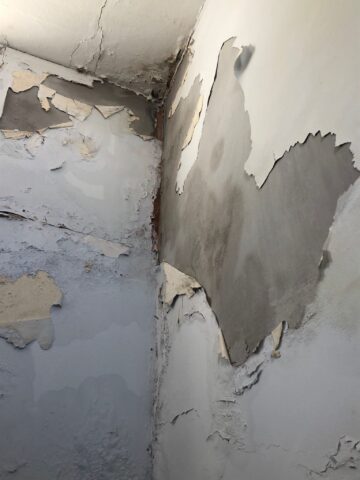 The safety of staff and the state of building has been an ongoing concern for the union.

The GGCA was involved in the “emergency evacuation” of the DSS from their premises in January.

“As reported [on GBC], the building was severely deteriorated due to water penetration,” the GGCA said.

“This resulted in the collapse of the ceiling in the vault area in 2019, the floor of which has been supported by scaffolding since that date.”

“Luckily, no one was in the vault room when the ceiling collapsed, so nobody was injured.” 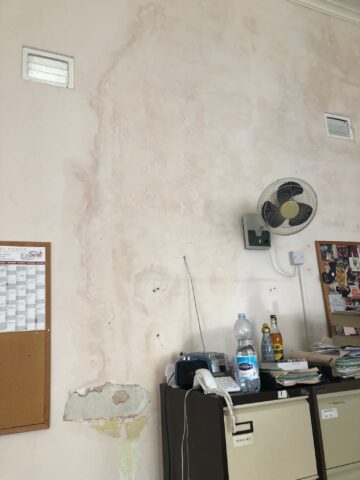 The building was declared safe following a health and safety inspection requested by the GGCA, but no repairs were carried out and as a result the building “deteriorated further,” the union said.

It added that the cracks in the walls, spanning from the interior to the exterior of the building, “widened in a visible manner”. 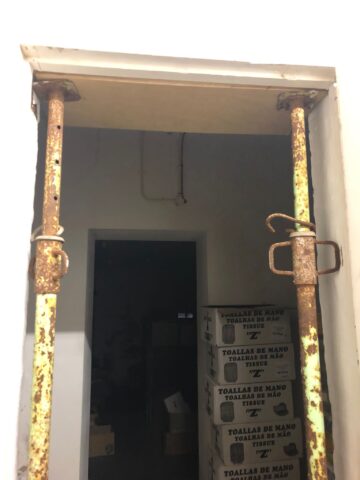 “In addition, mould was growing on the walls and there was a subsequent cockroach infestation,” the union said.

“The water ingress increased to the extent that on a rainy day, the staff would have to use their umbrellas when going to the bathroom, which would end up waterlogged.”

“Inevitably, this affected the building’s electrical system, as water would seep into the light fittings.”

Last November a set of lights exploded in the kitchen, which resulted in a light fitting crashing to the floor, the GGCA said. 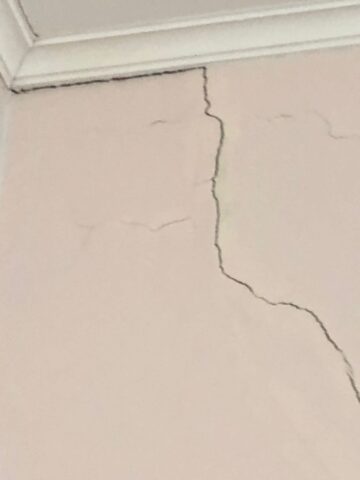 The GGCA said it was eventually contacted by its members in the first week of January when the electrical socket exploded when a vacuum cleaner was plugged in, leaving a scorch mark underneath.

“On visiting the premises, the GGCA President was shocked to discover that next to an officer’s desk, the wall surrounding an electrical socket (which was in use) was wet to the touch,” the union spokesman said.

“Indeed, following an inspection of the premises, Gibelec confirmed that, due to water penetration, they could not guarantee the electrical safety of the building.” 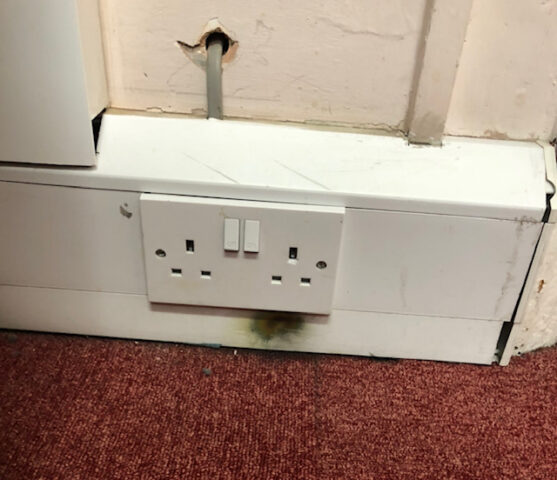 The GGCA met with the Chief Minister on January 11 and it was agreed that the staff would be “urgently evacuated from the building”.

“As this was an emergency measure, it was agreed that officers would work from home until alternate premises were located as a matter of priority,” the GGCA said.

“Although the membership recognized the need for the evacuation for their safety, they did not welcome the working from home arrangements, as it is very difficult for them to ensure continuity of service.”

“This is because the DSS still largely operates on a paper basis, so it is very difficult to share information effectively.” 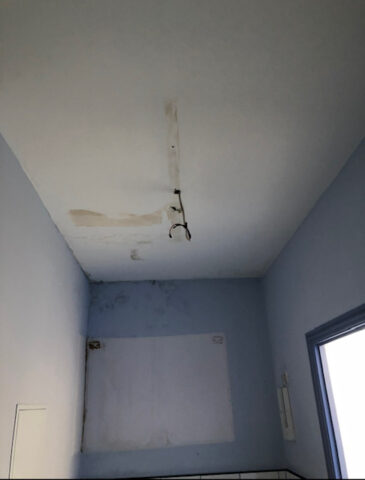 Members of staff were moved to the Post Office where they were able to “hot desk” and operate two cashier stations at the counter.

The GGCA said the Post Office and the Treasure Department shared their resources but were “not equipped to house another entire department”.