The Environmental Safety Group recently joined environmental groups and various associations on a protest organised by Verdemar in the town of San Roque.
The protest, which brought together thousands of people, was in direct response to the fire incident at the Indorama plastics factory on June 25.
"It was clear this industrial accident had caused widespread concern among local and bay residents," the ESG said.
"The strength of feeling came across in the many placards held high and slogans chanted by protesters."
The protesters made their way to a large square where a stage was set and a number of speakers addressed the people. 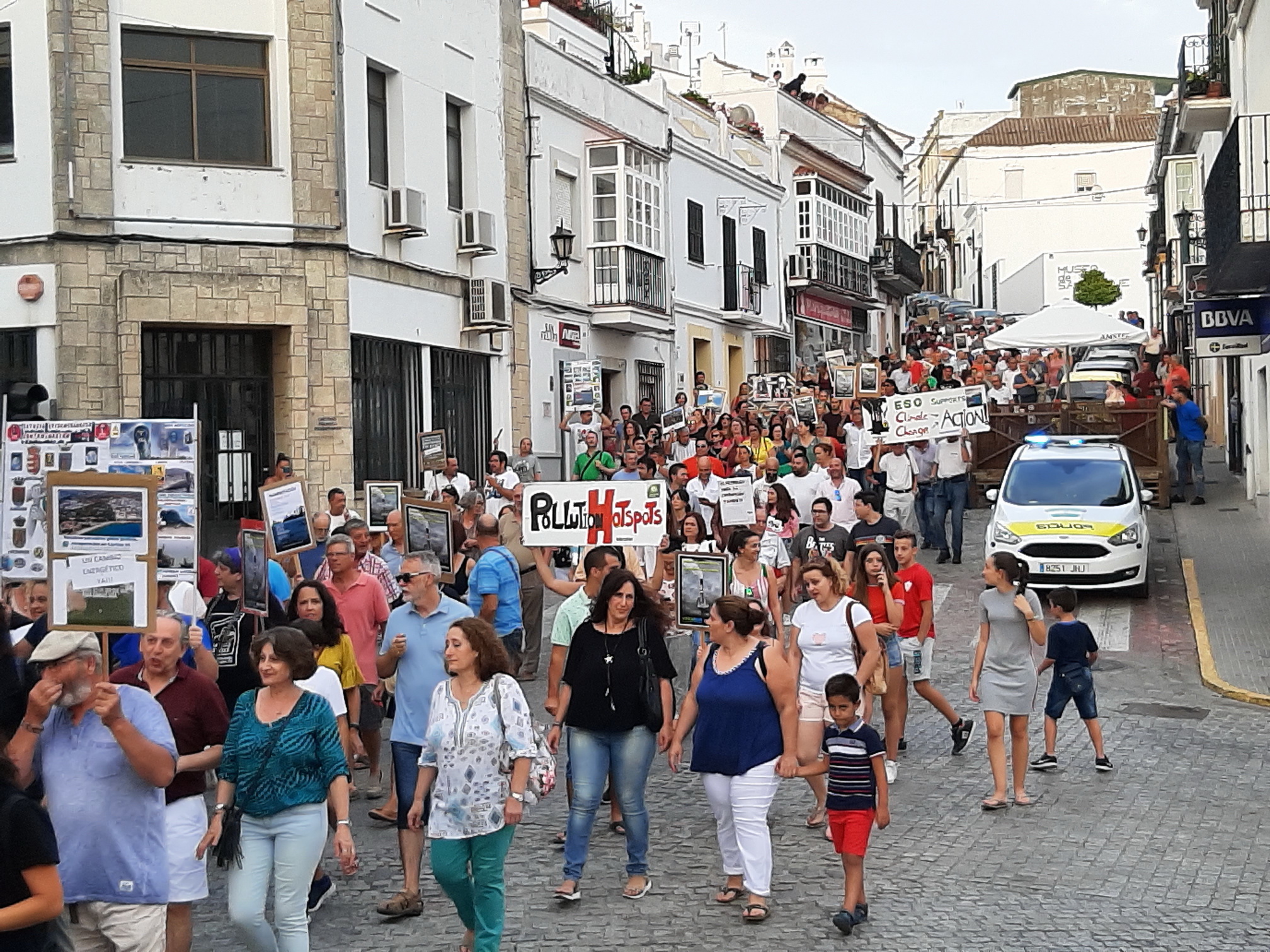 Speakers said the authorities and industry had failed to provide prompt information and emergency advice to surrounding residents during the blaze.
Protestors also felt the authorities in Spain had played down the toxicity of the thick smoke caused by the Indorama fire and its potential impact on the health of people in nearby communities.
"Strong and moving statements were made and finally a pledge to call on everyone present to support sustained action calling for the authorities to regulate industry, carry out robust health studies and importantly to support a moratorium on further growth of chemical industry in the bay," the ESG said.
"The need for Action on Climate Change and a call to see a move away from fossil fuel industry was also raised."
The ESG said it has worked on these issues over many years and fully supported these aims.