The Gibraltar Philharmonic Society marked the first year of COVID-related social restrictions with a recorded concert by the European Sinfonietta, under the batonless hands of the Society’s Artistic Director, Karel Mark Chichon OBE. Viewers who caught the premiere on the local Music Box channel or social media might have preferred the greater accessibility of previous GBC broadcasts, but were rewarded with a programme of popular classics, described by Chichon as “music for the soul”.

The solemn opening was the conductor’s own arrangement of Bach’s “Air on a G-String” (from BWV 1068) for a string ensemble. I found the opening bars dark to the point of turgidity, though perhaps there was simply too much bass in the recording. But this piece is all about wringing hope from despair, and when the violins finally soared above the double bass, the sentiment was much more palatable. 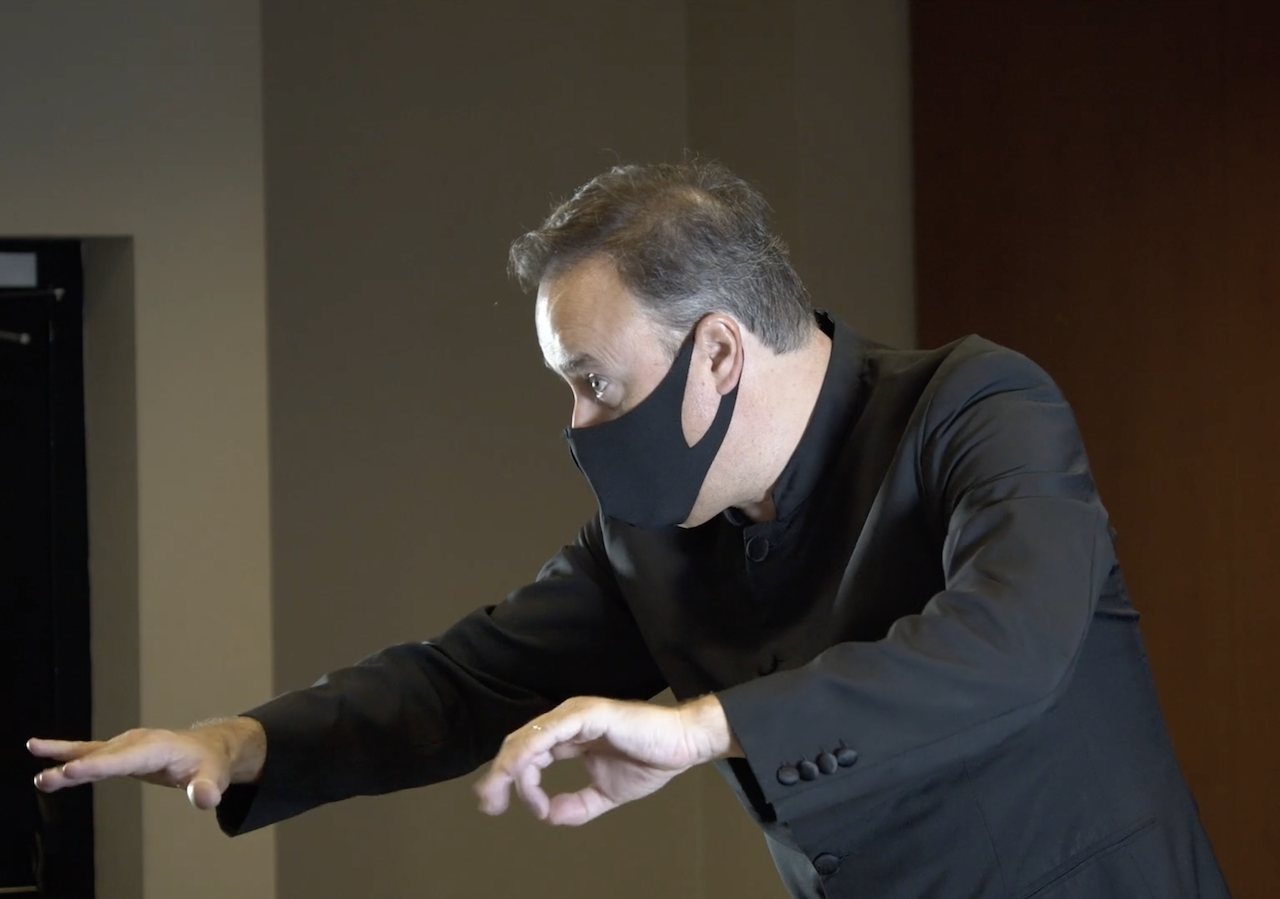 Chichon frequently presents Mozart to Gibraltarian audiences, and there was much joy in the Eine kleine Nachtmusik. A brisk Allegro was followed by a fairly delicate Romanze and a sprightly finale. Aficionados of Straussian New Year’s Concerts will have enjoyed the pairing of the 1869 Pizzicato Polka with the 1892 Neue Pizzicato Polka. It might sound like two buses arriving at once, but it reminded me of those blockbuster retrospectives where two versions of the same work are hung side by side, and Joan Public gets to decide whether she prefers the National Gallery’s Leonardo to the Louvre’s. For myself, I reversed my previous preference on the basis of this performance, and enjoyed the older composition better.

Tchaikovsky is another Philharmonic favourite, and Chichon chose the Serenade for Strings Op. 48 as matching both the ensemble and the mood. The Valse second movement was raised and poised around several crises, heightening what the conductor described as a Slavic melancholy. The last movement was vigorous but affirmative, a finale with an optimistic conclusion.

Finally, I should note that the presentation improved upon the overproduction of the Celebration of Opera, which added artificial applause, and the pristine spareness of the Josu de Solaun piano recital, where interested spectators must identify the likes of Bach’s Fugue in D minor, BWV 903, or the first of Brahms’ 6 Piano Pieces Op.118, without any help from titles. The last of Chichon’s short spoken introductions drew attention to the plight of millions of musicians around the world, and ultimately made a claim that should be endorsed by the Ministry of Culture and other Philharmonic sponsors: “Culture is not entertainment. Culture is a necessity.”

The concert reviewed here is currently available on https://www.culturetv.gi/music/