The last few events have been confirmed for this year’s Gibunco Gibraltar International Literary Festival.

Sally Bayley is a Royal Literary Fund Fellow at Oxford Brookes University where she teaches academic and creative writing. She also teaches as a College Lecturer in English, Film and Writing at Hertford and Wadham College in Oxford. 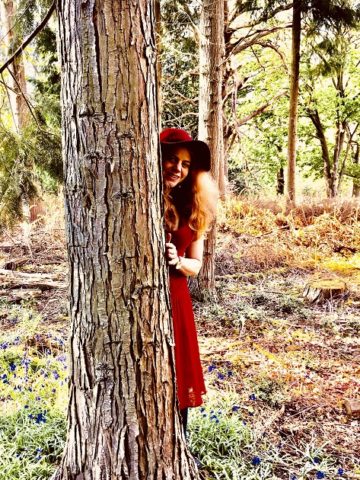 She has written widely on the life and artistic legacy of Sylvia Plath and Emily Dickinson. Her publications include a study of the American home, Home on the Horizon: America’s Search for Space (Peter Lang, 2010) and a study of the diary as an art form, The Private Life of the Diary: from Pepys to Tweets (Unbound, 2016).

She is now completing a series of three books which explore a child’s escape into literature as a form of retreat in the face of difficult social circumstances. The first, Girl with Dove: a Life Built by Books (William Collins, 2018) was Radio 4’s Book of the Week in January 2019, and a Spectator Book of the Year (2018). Girl with Dove is now being taught in schools as part of the A Level coursework syllabus.

The second illustrated part, No Boys Play Here, will be published June 25, 2020, and will tell the story of the same young girl in search of a lost father and uncle through Shakespeare’s male characters.

Sally will present an interactive talk called The Art of Graphic Story Telling based on her literary memoir, Girl With Dove (2018) that tells the story of a young girl escaping from a strange, all-female household by reading.

Working closely with a child’s first associations with particular words encountered in Charlotte Bronte’s Jane Eyre, Agatha Christie’s Miss Marple stories and Charles Dickens’s David Copperfield, Sally draws you into a child’s world of imaginative word plots. Working with original word-animations created by filmmaker, Suzie Hanna, Sally will show how stories can be built from animated words, and how words can turn into moving images. Sally will perform a unique reading of Girl with Dove using movement, gesture and aspects of song and percussion.

The second part of the session will ask participants to draw upon their own reading vocabulary and history, as well as words and phrases they may have spoken only at home or among family.

Volunteers will be encouraged to begin story telling from these words and, led by Sally, will be helped to create a form of spoken word-collage. The session will finish with a brief discussion and screening of an award-winning film by Suzie Hanna based upon the work of poet and illustrator, Stevie Smith, who has provided much inspiration for Sally’s own writing. ‘Blue from heaven’ (2019) tells the story of Arthur and Guinevere and their very separate spheres of words and deeds. Actress Glenda Jackson provides the voice of the poet.

The session is designed for all ages, but particularly for teachers and teenage writers and readers and those interested in creative writing, film, and storytelling.

When she’s not writing, Ann travels in the UK and abroad giving ‘author’ talks and drama presentations in schools, and leading music education workshops for teachers. She has recently completed a three year tenure as Patron of Reading for all the Primary Schools on the islands of Guernsey, Alderney and Herm, as well as writing music curriculum for pre-schools in India.

This year she has been working with the Kidenza orchestra, presenting her book Peter and the Timber Wolf, a quirky modern take on Peter and the Wolf, at 48 concerts for primary school children.

Join Ann for a strongly interactive event cracking codes set by the main character of her book ‘code breaker’, listening to ‘the dragon’s tale’, (a story set to music, featuring the dragon from the legend about Saint George), hearing about the life of an author and much more, including a bit of body percussion. The event aimed is at seven to 12 year olds.

Kitty Sewell was born in Sweden, but has joint British and Canadian nationality. She spent her adolescence in Spain and returned to live in Andalucía in 2003, keeping a foot each in Wales, Canada and a hand in Sweden. She has a background in psychotherapy, and alongside this career wrote a syndicated weekly newspaper column on mental health, personal development and relationship issues. 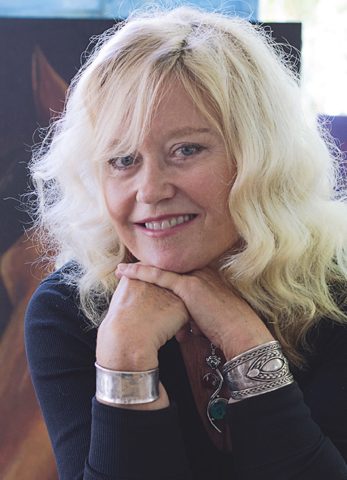 Looking to exercise her vivid imagination stimulated an interest in writing fiction. Her first novel ICE TRAP (2006) was the dissertation for an MA in Creative Writing, and was subsequently published to critical acclaim and translated into 15 languages.

Kitty’s novels hover around the genre of psychological suspense and only feature a little bit of blood and gore (no detective inspectors, forensic scientists or investigative journalists). Her interest lies in the sphere of hidden human frailties, sins, vices and weaknesses, and the webs from which victims strive for solutions or escape. Her novels are set in locations that she find fascinating, and which often to come alive as characters in themselves.

Kitty also has a career as an award winning sculptor (working under her maiden name of Kitty Harri) and is the creator of a much visited sculpture park in Spain.

Gibraltar is considered by some a colonial outpost of limited interest. Bestselling novelist Kitty Sewell found it otherwise. A flying visit was extended to include a private tour of the extensive tunnel system, a hair-raising potholing expedition down into the warren of caves and many a hike through the jungle-like slopes under the pinnacles of The Rock. The longer she stayed, the more she discovered about this extraordinary peninsula and the germ of a thriller began to take shape.

Sewell’s psychological suspense drama ‘the fault’ tells of a young structural engineering prodigy, entrusted to lead a project to build a cantilevered shelf on the sheerest face of The Rock of Gibraltar. The highly innovative development divides the local population, meeting with either condemnation or applause. His wayward young sister and his American fiancée try to keep his ever-threatening compulsions from turning genius into spiralling madness.

The story lets the reader discover not just the people, the history, language and the remarkable topography of The Rock, but what transpires in its dark interior, layer by layer. Kitty is interviewed by Tim Turner and will be reading excerpts from ‘the fault’.

The Gibraltar Literary Festival is be held at various sites across Gibraltar from November 14 to 17.