Invasion convoy enroute to Morocco, circa early November 1942. Ships include more than twenty transports, with USS TEXAS (BB-35) and USS AUGUSTA (CA-31) in the distance. Photographed from an SBD off one of the invasion force aircraft carriers. Photo via US National Archives/Naval History and Heritage Command, Washington, DC

The Gibraltar National Archives will host an exhibition to commemorate 80 years since Operation Torch, the retaking of North Africa from the Nazis, an operation that was planned and spearheaded from Gibraltar in November 1942.

The Government of Gibraltar also marked this important milestone of the Second World War in 2004 when an Operation Torch coin was minted.

“It is a tribute to the incredible leadership qualities of the three military commanders,” No.6 Convent Place said.
General Eisenhower, who later went on to become President of the United States, was the first non-British person to command Gibraltar in well over 200 years during Operation Torch.

This Allied counter-offensive into North Africa was meticulously planned in detail in tunnels deep inside the Rock, where Eisenhower set up his headquarters. 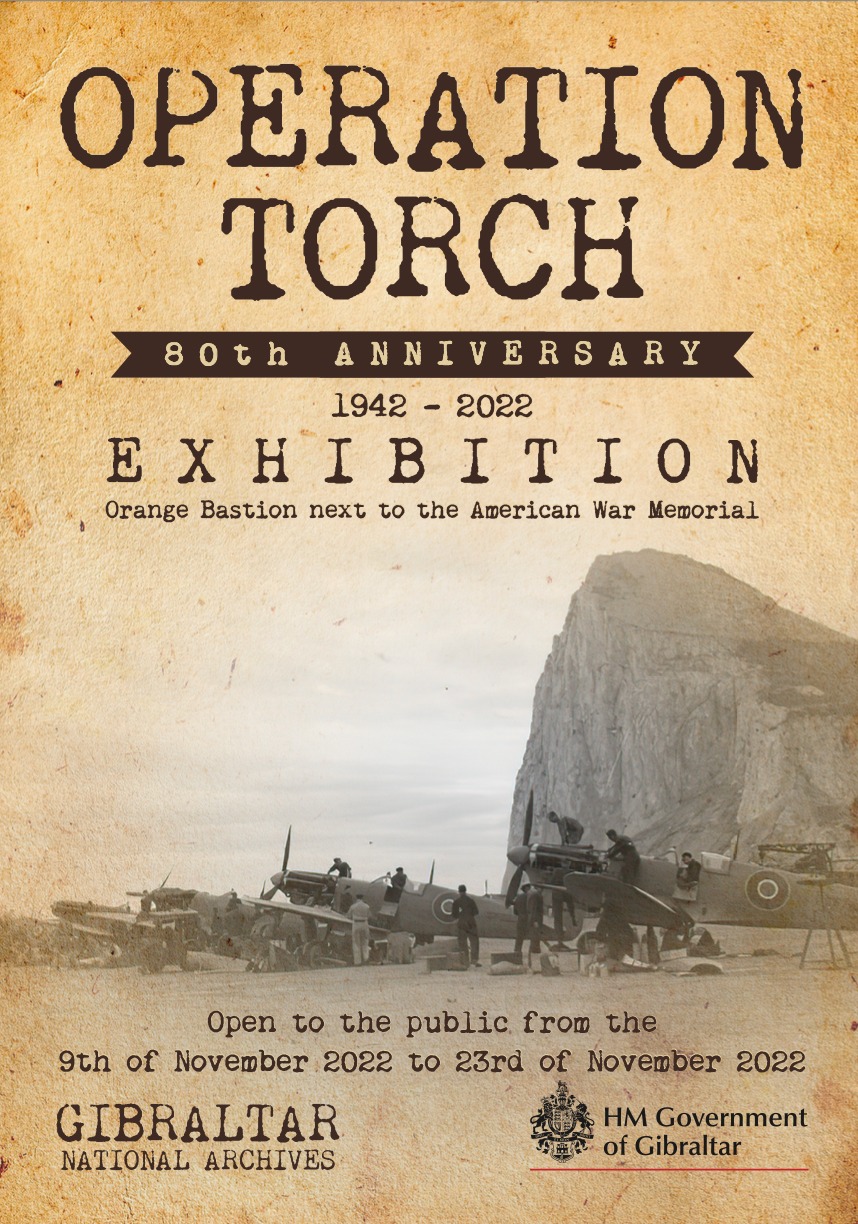 Undoubtedly, friendships were formed between the many different nationalities involved, all united in the cause of freedom.

The Deputy Chief Minister Dr Joseph Garcia will open the exhibition officially on November 8, to coincide with the 80th anniversary of the launch of Operation Torch.

The exhibition will be open to the public from November 9 to 23 at the Orange Bastion vaults next to the American War Memorial on Line Wall Road.

Admission is free of charge.

“It is with great pleasure that I thank the Gibraltar National Archives for their curation of this exhibition,” Dr Garcia said.

“The Archivist Anthony Pitaluga MBE and his team have once more worked tirelessly to be able to present an exhibition which is a worthy commemorative tribute.”