A Falklands veteran who said he was forced to leave the Royal Navy because of his sexuality is to have his medal returned to him.

Joe Ousalice, 68, said he had a medal for long service and good conduct confiscated when he was discharged after revealing his bisexuality before a court martial in 1993.

He added that he had to take the Ministry of Defence (MoD) to court in order to secure the return of the medal.

Mr Ousalice was "treated in a way that would not be acceptable today" and will have the medal returned to him, said a Ministry of Defence spokesman, who also apologised for his treatment.

He added: "We accept our policy in respect of serving homosexuals in the military was wrong, discriminatory and unjust to the individuals involved."

Gay people were not allowed to serve in the military until a rule change in 2000. 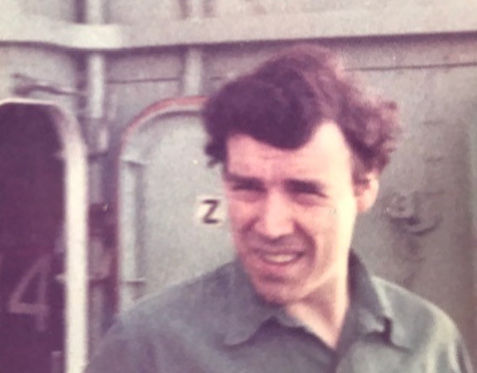 Mr Ousalice, who had an 18-year naval career, is a former radio operator who served in the Falklands War and the Middle East, as well as six tours of Northern Ireland.

He said: "I should have always been judged on the basis of my exceptional service and not my sexuality.

"History has shown us that a person's sexuality has no bearing on how they perform in times of conflict.

"So many LGBT people were forced out of their wonderful careers and the consequences were devastating.

"It has taken me 27 years to resolve this and I had to take the MoD to court to get here.

"But I would like to acknowledge the apology finally offered to me today and urge the MoD to continue to do all it can to address the continuing and serious effects of its discrimination on LGBT veterans."

He added that he was "made to feel like he was disgusting" when his sexuality became known.

He has previously told the BBC that he was forced to live a "double life" before his dismissal, and was careful not to associate with other sailors whom he knew were gay.

"I was watching every day what I was saying, what I was doing," he said.

"After the court martial was completed, a guy came in with a pair of scissors and said 'Sorry, mate, I need your medal', and just cut the medal off me."

At the 1993 hearing he was cleared over accusations that he had had been in bed with another sailor.

The MoD said the medal will be returned in person to Mr Ousalice, who lives in Southampton.

It is understood that the MoD is putting in place a scheme to return other medals to veterans who were stripped of them in similar circumstances, although it is not yet known how many could be affected.