Chief Minister Fabian Picardo welcomed Gibraltarian, Darren Victor, and his family to Gibraltar on Thursday evening after travelling from Ukraine for several days following the unprovoked invasion of Ukraine by Russia.

Mr Picardo spoke with Darren, his wife Natalya and two children Sky and Erik in his offices at No.6 Convent Place.
The Victors, who live in Kyiv in Ukraine, were among one million refugees who have fled their homes since Russia’s invasion into its neighbouring country, led by President Vladimir Putin. 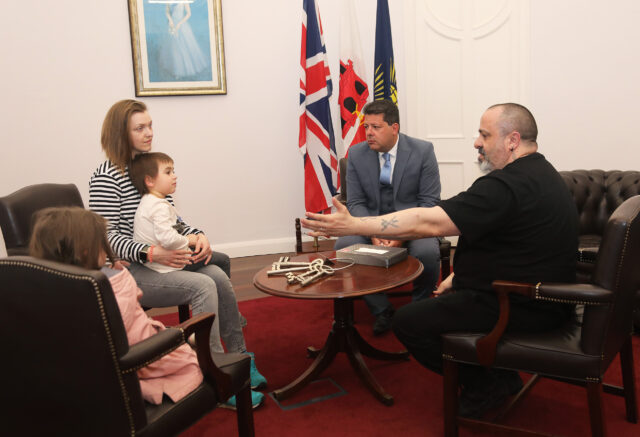 “The work to bring them to Gibraltar was led by Ivor Lopez and Tito Danino of Civil Contingencies, liaising with an ad hoc humanitarian network in Ukraine and around it,” a spokesman for No.6 Convent Place said.

“Work continues for the extraction of others at this hugely difficult time for Ukraine and its people.”