The first recipients of the new Governor’s Award for Merit were presented with their awards at two ceremonies in The Convent this week.
The first to receive their awards from the Governor, Vice Admiral Sir David Steel, were Lionel Culatto and John Langdon, who were recognised for their efforts over decades to protect the architectural heritage of Gibraltar.
They were joined at the presentation by relatives, friends and dignitaries, including the Chief Minister Fabian Picardo.
The following day, the GHA’s Romina Moreno and Suzanne Romero were recognised for their work in overseeing key elements of Gibraltar’s vaccination programme. 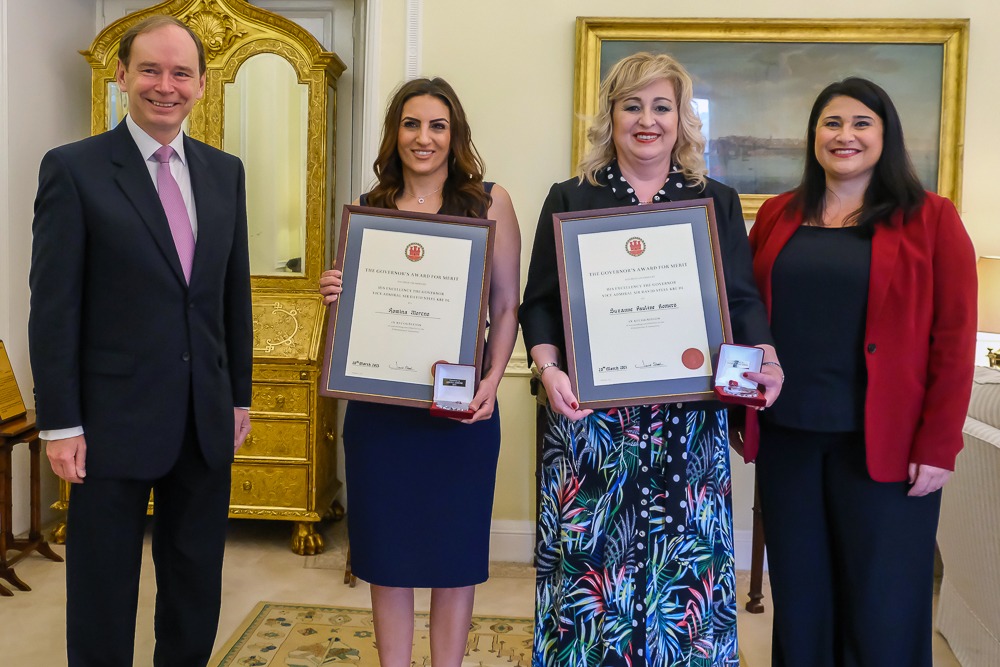 They are pictured with Sir David and Health Minister Samantha Sacramento.
The award was established earlier this year to acknowledge those who provide an outstanding contribution to the community.