A five-day half ironman challenge, called ‘5 in 5’, began on Tuesday with the team eager to tackle the next four days.

Adrian Lopez, Charles Harrison and Kieron Alvarez are Team 5 in 5 but this is not a challenge they are undertaking alone.

Athletes from the cycling, running, and swimming community joined the men on each leg of their half ironman.

They were also supported by friends or colleagues in the Fire Brigade and Customs.

At 6am on Tuesday morning, Team 5 in 5 started turning the pedals on their bikes and commenced a 90km ride, which took them on average just over three and a half hours.

“There was about 30 people with us on the bike, which was overwhelming to be honest as we weren’t expecting that many,” said Mr Harrison. 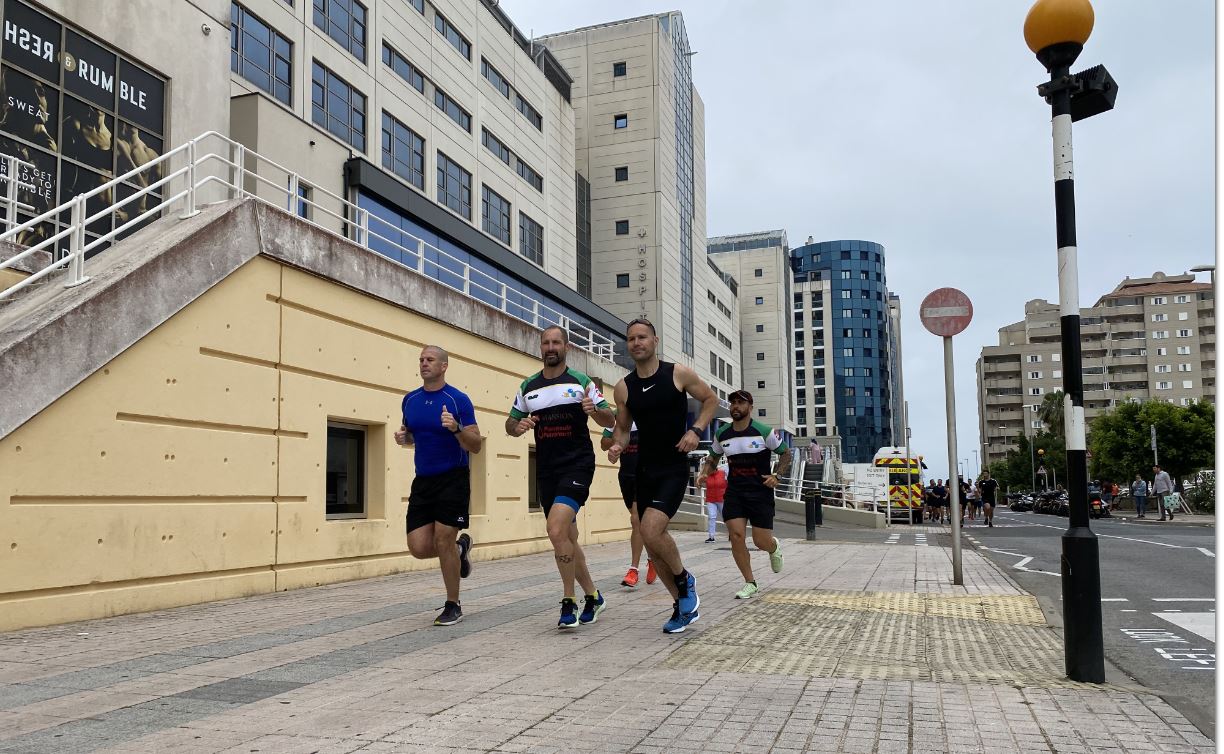 Next, at 10am and surrounded by supporters, including members of the fire and rescue service, the trio were counted down to the start of their half marathon, a 21.1km run. They finished this with an average time of two hours 10mins.

“We have had someone on the bike which supported us with drinks and a bit of music so that is helping,” said Mr Harrison.

The final element of their challenge was the 1.9km swim. The group included members of Blue Fin swimming club and lifeguards at the pool, as well as triathlete Chris Walker. All entered the water in what could only be described as their own style. The average time it took to complete this was 35mins.

The team is raising money for the Cancer Relief Centre Gibraltar and Cardiac Rehab Gibraltar and, before starting their half marathon road run, they were presented with a cheque for £5,000 by Playtech.