Five men in two kayaks rescued south of the Rock

Five men in two kayaks were picked up by a Spanish maritime rescue vessel south of the Rock on Sunday acting on information from the Gibraltar Port Authority.

The alarm was raised by the GPA after it received information from the Royal Gibraltar Police, which had itself been alerted by people on pleasure boats in the area.

A Spanish rescue helicopter was despatched to the area, as were vessels from both Gibraltar and Algeciras, while additional assistance was provided by the GPA’s vessel traffic monitoring service. 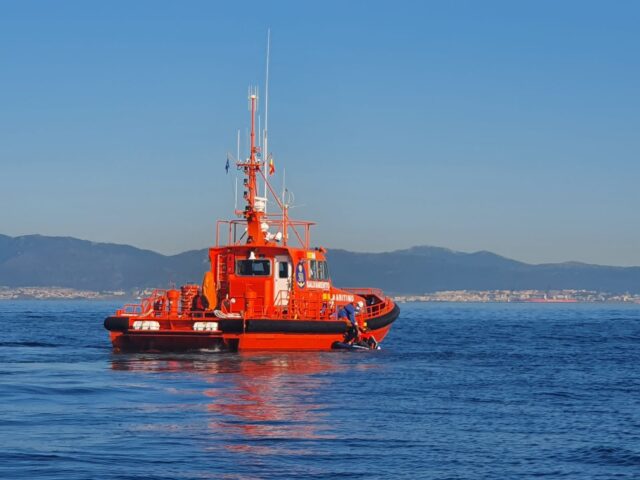 One kayak was sighted 5.5 nautical miles off Europa Point and the second one was located nearby, both well outside British Gibraltar territorial waters, according to the GPA.

All five men were picked up by the Spanish maritime rescue vessel Salvamar Denebola, according to Salvamento Marítimo.

The moment when two of the men were assisted by the Spanish crew was photographed from nearby pleasure boats, which had stayed close to the kayaks while the rescue unfolded.

The five men, who were all of north African origin, were taken to Algeciras and were said to be in good health.

HM Customs (Gibraltar) confirmed that one of its vessels had been in the area but did not intervene as the men in the kayaks were being assisted by the Spanish crew.