Police Inspector Eric Olivero, Police Sergeant 106 Dylan Borastero and Police Sergeant 102 Prisan Fa were commended for “their commitment and dedication to duty in providing an exemplary level of service delivery during a protracted period of significantly increased operational activity which included the inaugural visit of HMS Prince of Wales to Gibraltar.” 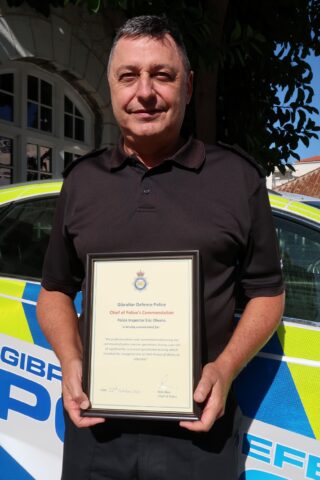 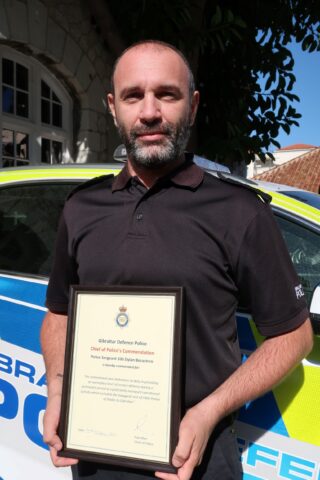 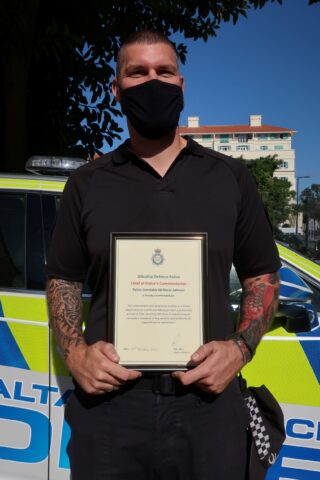 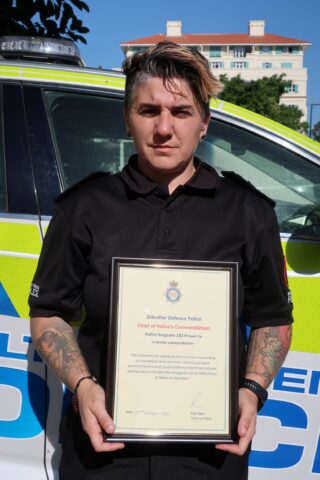 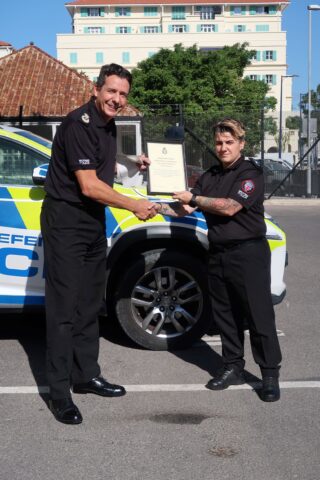 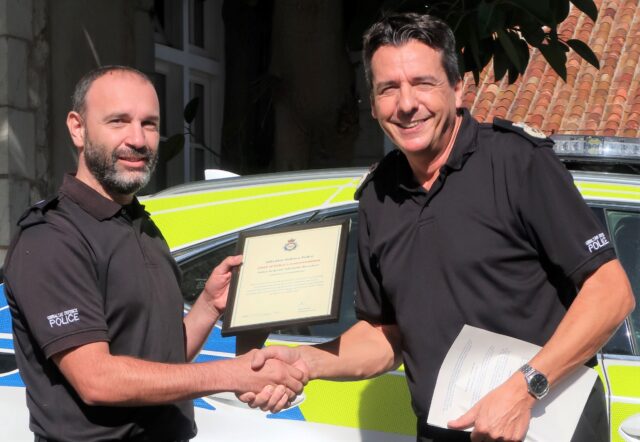 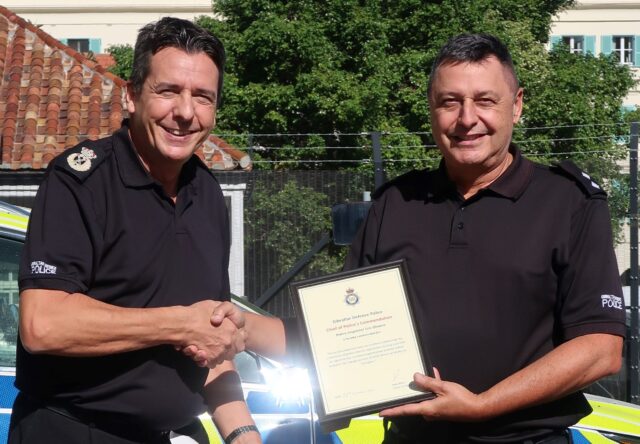 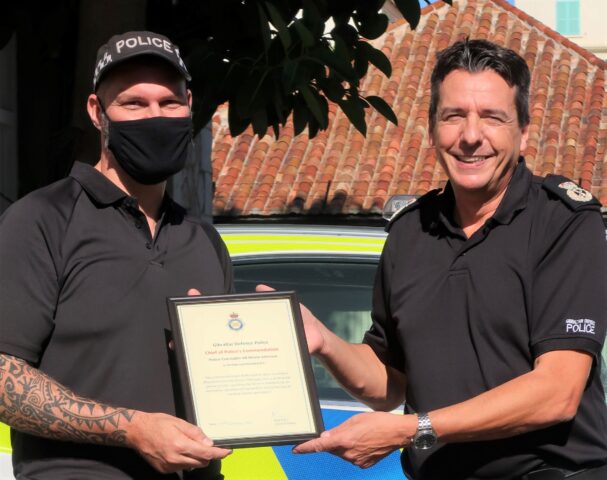 Police Constable 68 Mario Johnson was commended for “his commitment and dedication to duty as a Police Dog Instructor and Kennel Manager over a protracted period of time, assisting the force in maintaining an exemplary standard of dog welfare and achieving all required canine operations.”

Chief of Police, Robert Allen said: “Whilst it is always difficult in these circumstances to identify those who are deserving of a special mention, earlier this year the Senior Leadership Team of the force met and we agreed that a number of officers’ contribution over the period in question was so significant that it was deserving of a Chief of Police’s Commendation.”

“Without taking anything away from all of the other officers involved as part of the overall team, these officers are all assessed to have delivered in an exemplary way, three of them in relation to this peak of operational activity and one in a slightly different way.”

“Every one of them has been the subject of positive feedback from both within and outside the force and all have delivered operationally in the very best traditions of the Police Service.”

“You should all be proud of what you have helped this force achieve this year.”