The 220-year-old balustrade outside the Garrison Library has been restored after years of gradual deterioration.

The sandstone balustrade is thought to have been designed and built between 1800 and 1804, and over the years the stonework “inevitably” deteriorated.

Conservation works became necessary following concerns over the deterioration of the sandstone balusters supporting the handrail.

“The road towards restoration has, however, been longer than initially anticipated,” the Gibraltar Government said in a statement.

“It has nevertheless been robust, informed as it has been with consultations with stone conservators, structural engineers, archaeologists and with the contractors engaged to carry out the works. The underlying aim throughout has been to meet the balance between heritage conservation processes and 21st century demands for structural integrity.”

The government added the works have entailed the replacement of a number of the original sandstone balusters with new ones crafted from limestone.

“Sourcing the limestone and having baluster elements produced proved to be a lengthy yet rewarding undertaking, with these new pieces now in place,” the government said.

“Interestingly, and as part of the research carried out in preparation for the works, the team at the Garrison Library discovered that the balustrade had undergone previous restorations during the late 19th century and early 20th, with sandstone balusters being replaced with limestone.”

The cleaning of the balustrade stonework remains an ongoing project.

Balusters, handrails, footrails and pediments have been carefully cleaned with conservation grade materials.

“We face similar conservation dilemmas today as experienced over a hundred years ago, said Director of the Garrison Library Dr Jennifer Ballantine Perera.

“This is a rather illuminating fact. Importantly, we are now equipped with greater knowledge to continue in other conservation projects and indeed, are able to showcase our impressive neoclassical Georgian balustrade.” 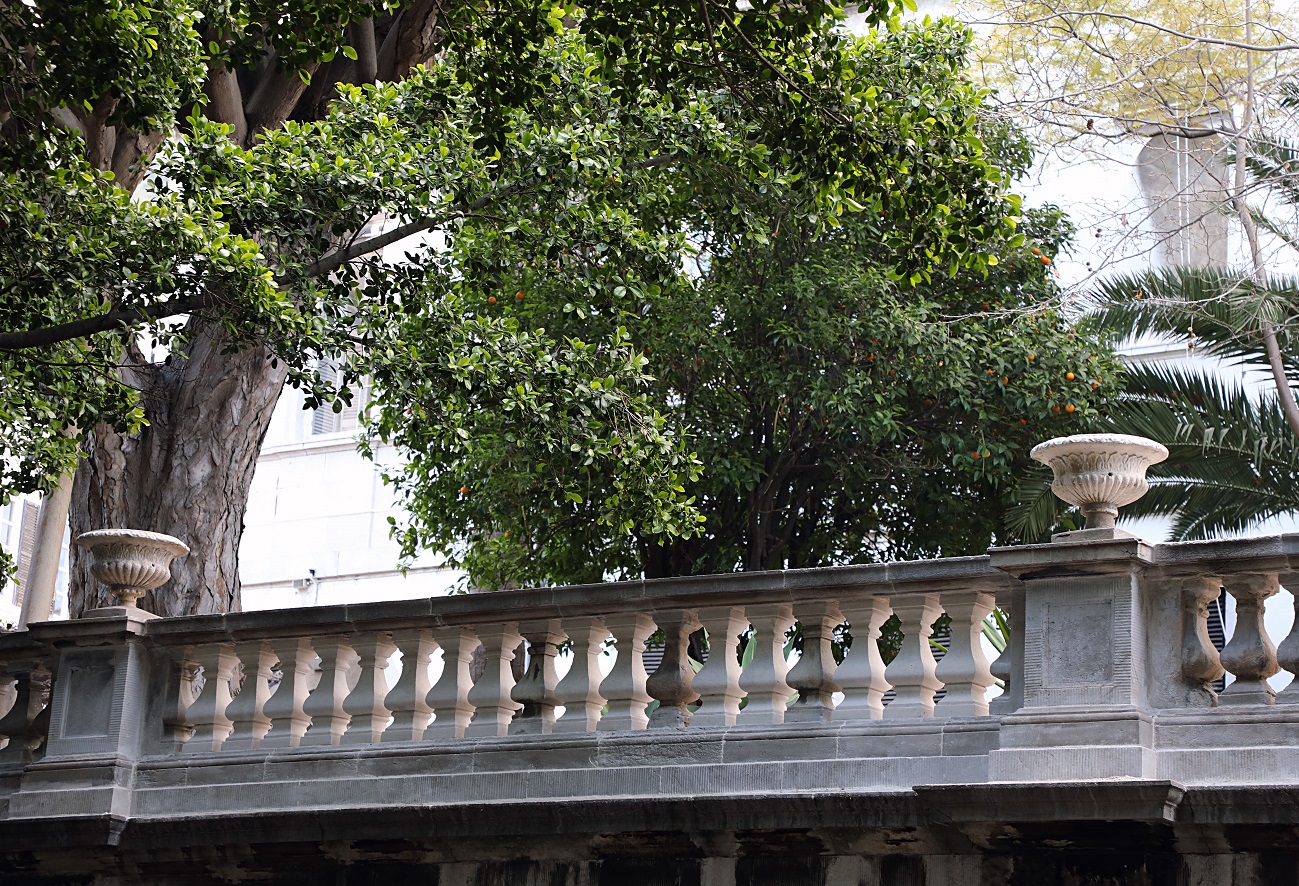 The scaffolding surrounding the balustrade has been removed, with the 19th century Georgian garden balustrade now visible to the public.

“I cannot stress how pleased I am to see this conservation project finally come to fruition,” said the Minister for Culture and Heritage Dr John Cortes.

“Clearly conservation and heritage works are complex., and we have to get it right.”

“Safeguarding our heritage is not simply a question of mothballing something because it is old, but rather of understanding historical contexts and engaging with these in the present.”

“Achieving this aim is down to team work; to informed dialogue with all parties concerned in this endeavour.”

“The team at the Garrison Library have endorsed this principle from the onset and I look forward to commenting further on other works in the pipeline.”

The cleaning of the Town Range facing wall is to commence in early Spring in collaboration with Manolo Jaen, the conservator at the Gibraltar National Museum.